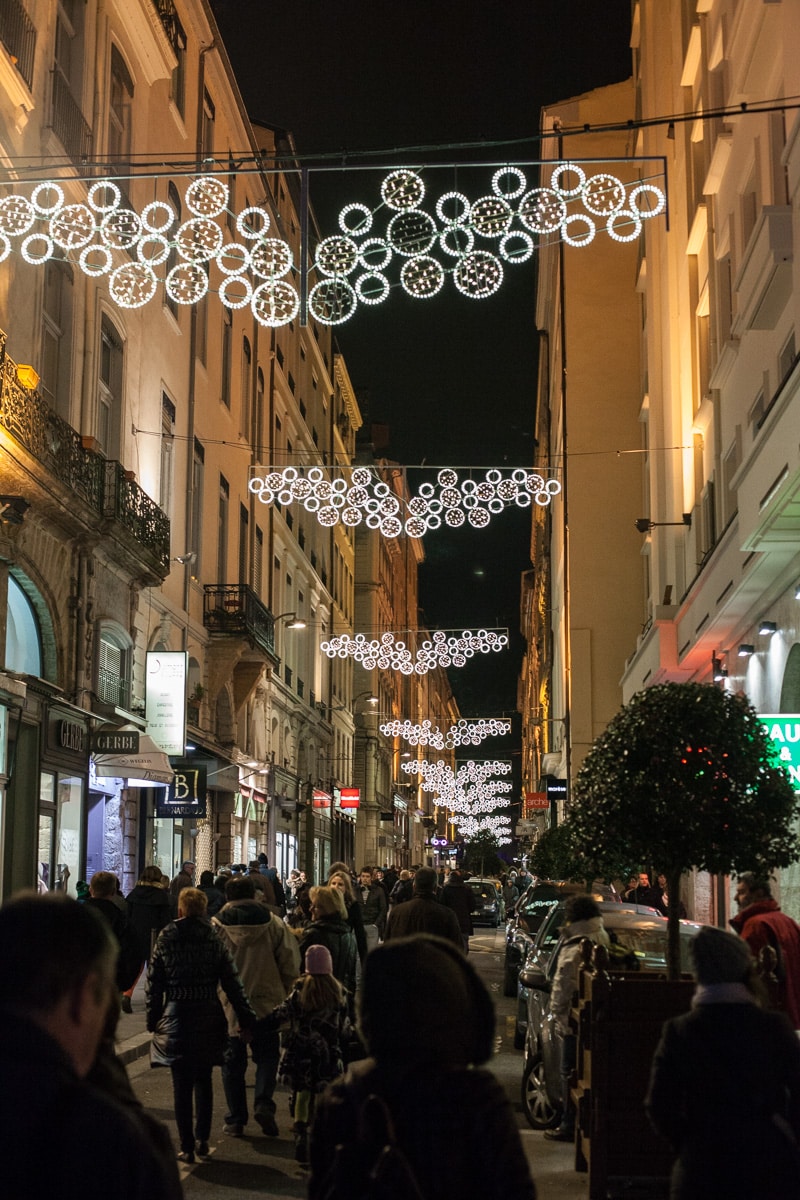 Last night was the first of four nights when the city is brightened up by 70 installations that create a truly magical atmosphere, and that is in addition to all of the lights in stores and on the streets. The festival is probably one of the three biggest festive gatherings in the world in terms of attendance (after the Rio Carnival and Oktoberfest in Munich) with over 3 million tourists coming to Lyon.

The streets were packed with hundreds of thousands of people, old and young, families, children in strollers and atop dad’s shoulders. The cold temperatures were hardly noticed, and vin chaud (hot, spiced wine, yumm) and food was plentiful. We walked almost eight miles from venue to venue and probably only saw 20% of the installations, if that.

I have to apologize for these photos, because the quality is not up to my usual standard. However, tripods and long exposures were not options, so I just went for sharing the moments. Unfortunately, still images can’t tell the stories of the animated buildings and lightshows, the sounds of the throngs of people, squeals of delight from the young children, or the smells of the foods and spiced wine, … but I hope they give a hint to what was a magical evening.

And we will be out for three more nights!