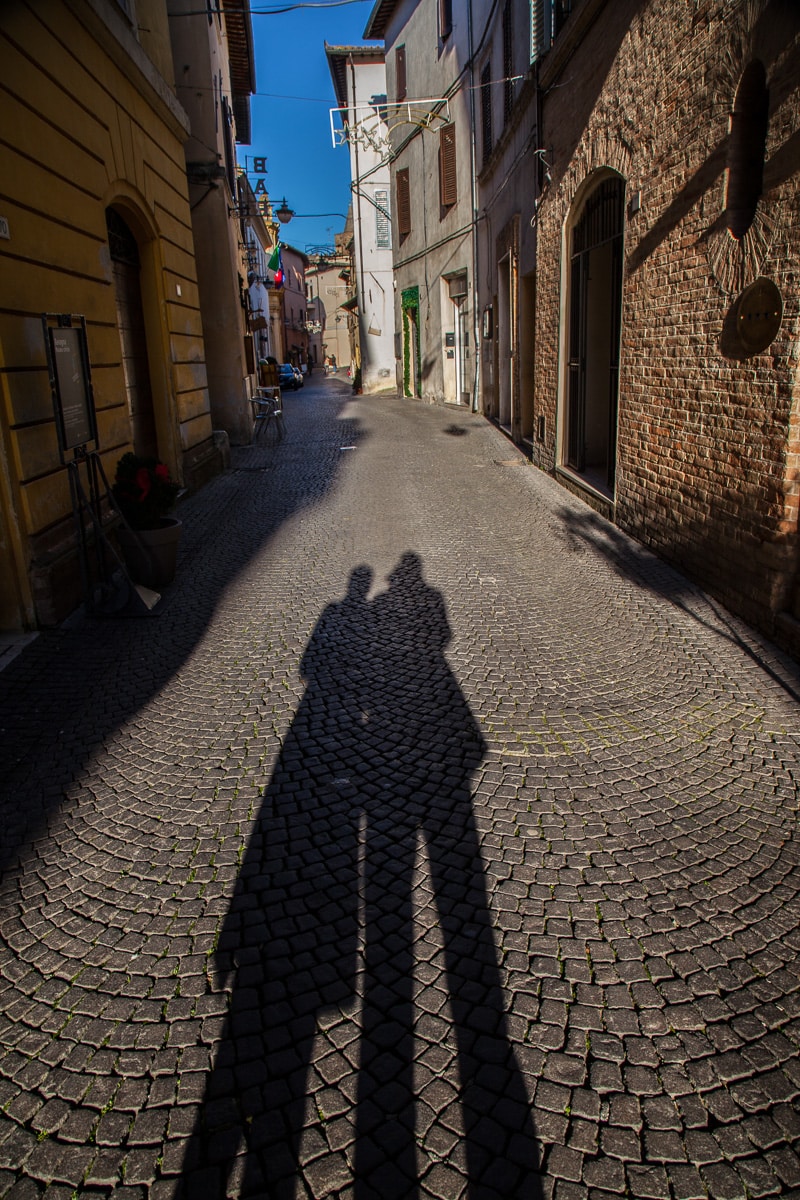 We’ve been in Italy for just over two weeks, and it’s been cold, rainy, cold, snowy, cold, and did I say cold? But there was only one day, in Orvieto, that we got out and just couldn’t take the below freezing temperatures and 25+mph (40+kph) winds. It was so cold Jeannie wouldn’t/couldn’t even window shop. But the last two days it has been beautiful, though still a little chilly.
We have visited some incredible towns. Some we have never been to, but several we bicycled through many years ago when we did our own tour of Italy. This time we are driving and walking. 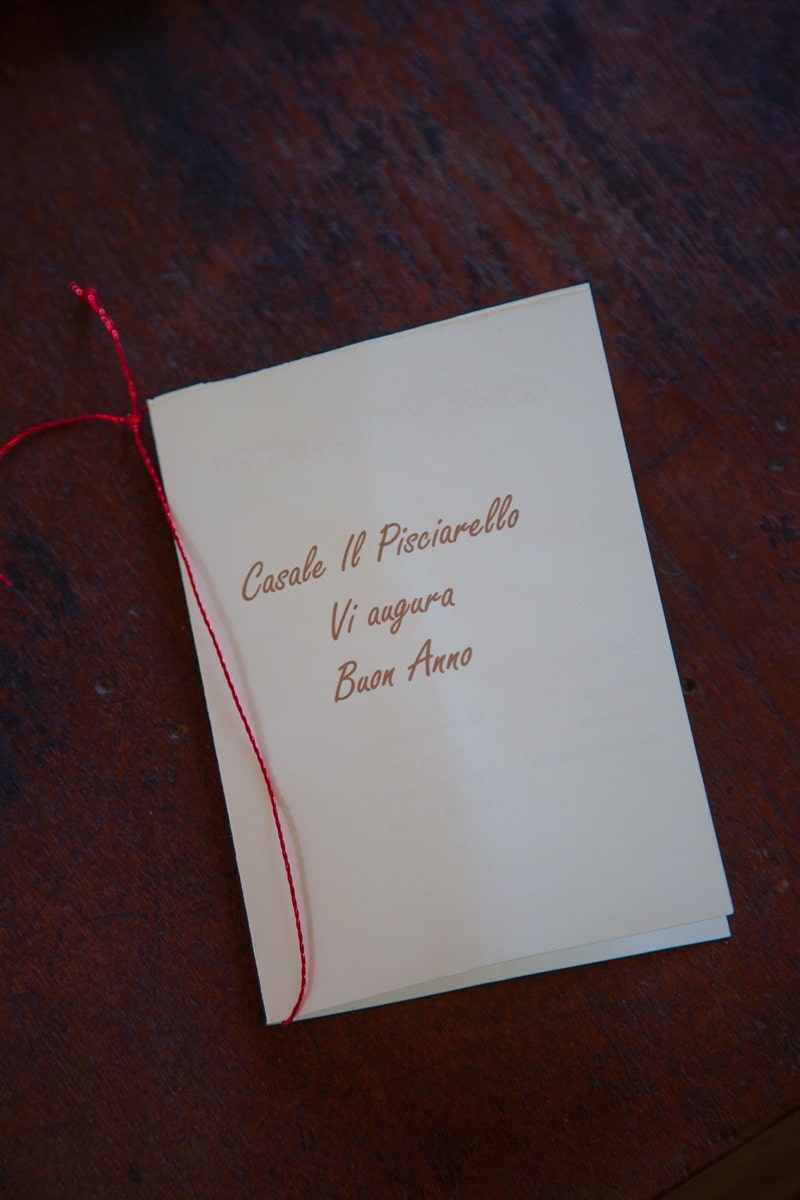 We are glad to be walking every chance we get because Italian feasts are truly Feasts; and since this time of year is feast season, we have feasted. For example we went to a New Year’s feast with Jeanie and Herb, longtime friends who have renovated an old farm house into a delightful vacation cottage, and Gary and Claudia, friends of Jeanie and Herb who have been living in Pienza for several years. This feast was an annual event just down the road from J&H at a local restaurant/agriturismo. We arrived at 8:30 pm, and serving began at about 9:00. When we were seated, water, naturale and/or frizzante, as well as wine , red and/or white was brought to the table, and were never allowed to empty. The place filled quickly, the small musical combo played, and the evening became lively. Then the serving began!

The Menu:
In Italy, full meals begin with antipasto, and there were four. Brought out sequentially, and with only enough time to breathe between each:

Then came il Primi, each in succession:

And finally by il Dolce:

Fortunately the New Year was announced with a countdown in Italian … dieci, nove, otto, sette, sei, cinque, quattro, tre, due, uno, Buanno Anno! The Asti (sparkling wine) corks flew and we didn’t even have to sing Auld Lang Syne. But, we couldn’t eat any more either. We decided we were all too full for the second Dolce, cafe, and Digestivo, So we said our good-byes and went our separate ways home to sleep the sleep of the stuffed.

The 1999 Italian bicycle tour was in celebration of our 25th wedding anniversary. After a two week stay in Camucia, just outside Cortona, where we made day trips into the mountains and across the Chiana river valley, we loaded the bikes and took off on a two-week loop that took us through Assisi, Bevagna, Montefalco, Spoleto, Acquasparta, Todi, Orvieto, Montepulciano and back to Camucia.
The images in this post are from several of those towns, specifically Bevagna, Spoleto, and Orvieto. 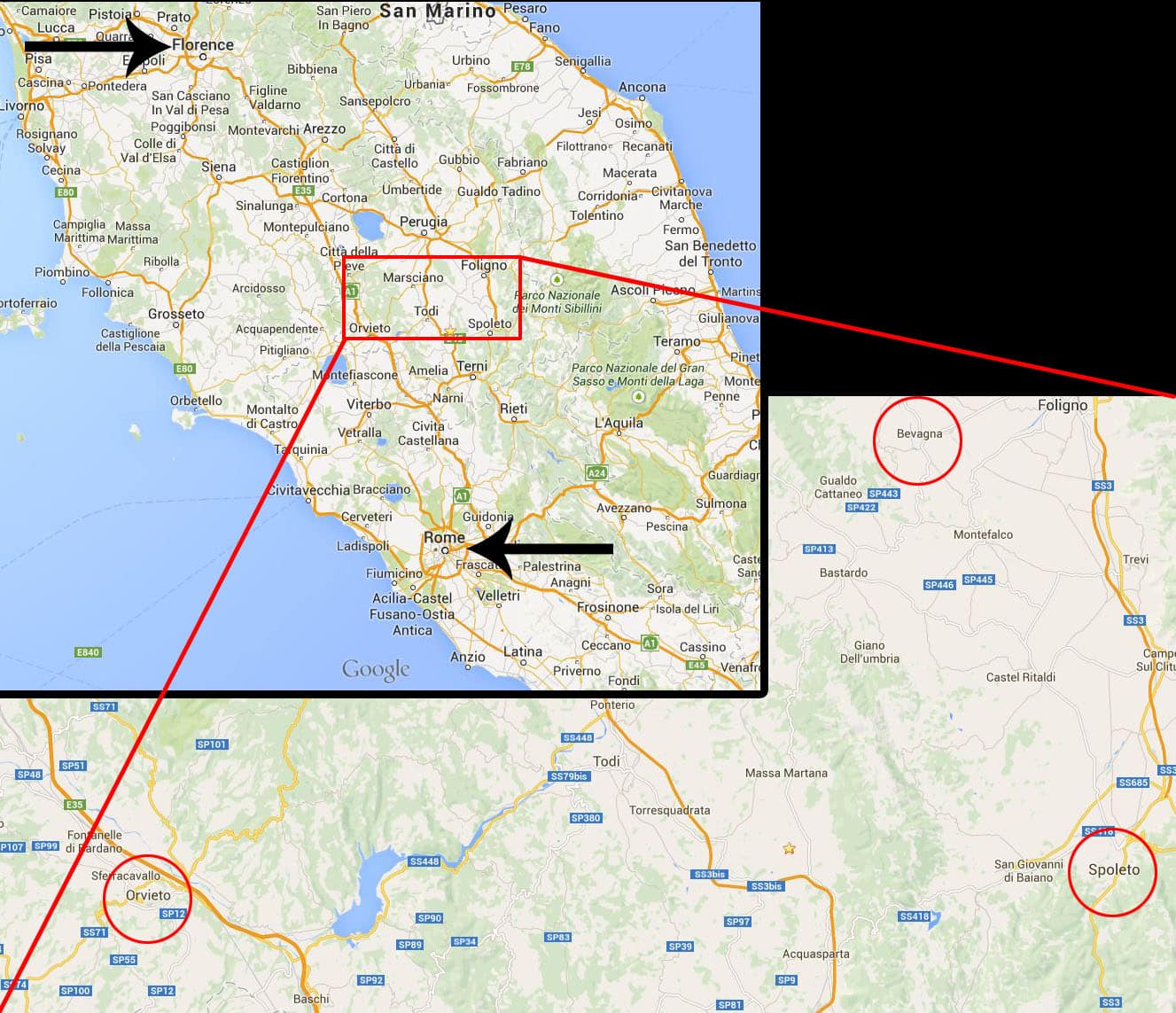