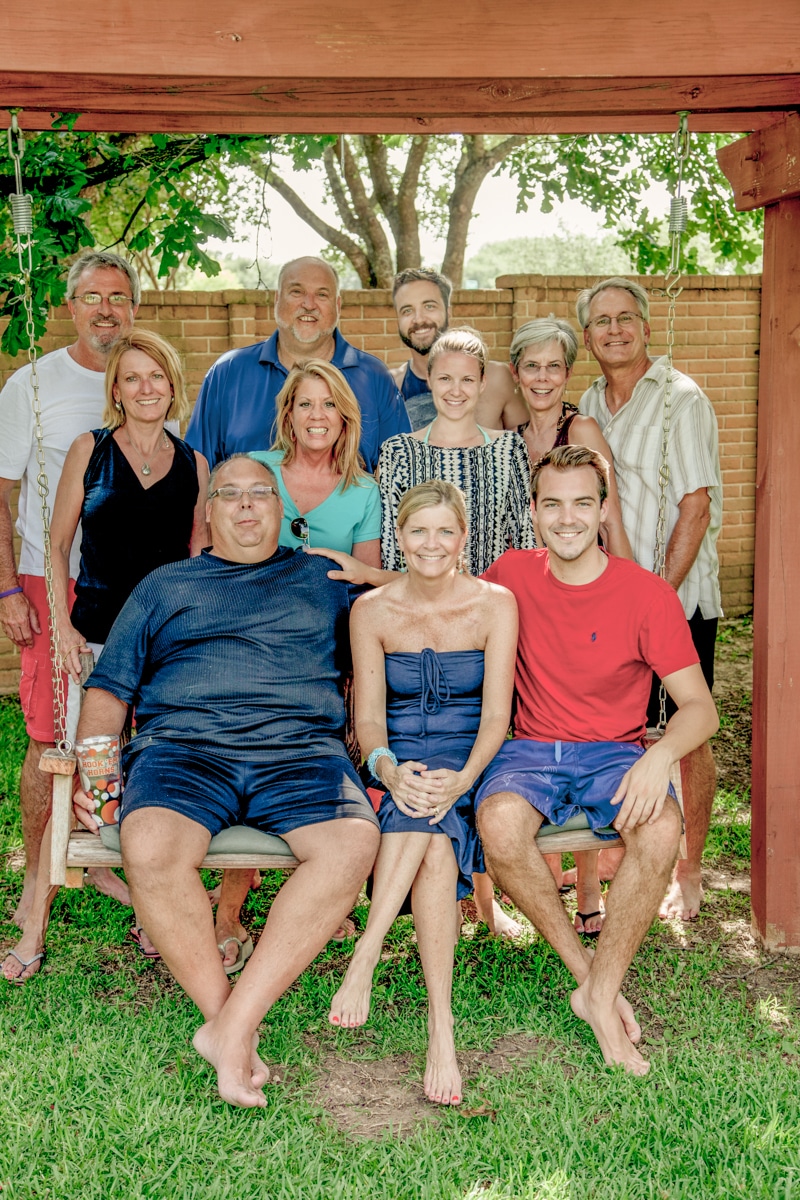 Jeannie and I were in Texas to visit family when she fell and broke her wrist. We originally were to have all gotten together south of Saint Augustine in the same condominium that my parents had rented every summer for several years. Several generations of immediate family and relatives would gather at the “Four Winds” condos for a week of sun, fun, food, beach, pool, and fellowship. I always referred to it as FooBeach.

During the week before the event Mom would pull out the several electric skillets she owned specifically for the purpose of frying a dozen or more chickens. Dad would stretch out the extension cords across the patio in the morning and assist in the process of cooking a massive amount of tasty, crunchy, and truly Southern fried chicken. As the batches of golden, delicious chicken parts came out of the pans, they were allowed to cool, placed into very large Tupperware containers and placed into the extra refrigerator in the garage.

Once the big day arrived, Mom and Dad would drive the hour or so to the condo often accompanied by grandsons and their families who had flown in from out of state, or other family members. Two or three vehicles would be assembled into a caravan from Jacksonville, while others of us would come from all around the state.

With two to three bedrooms per unit, the grownups would claim their rooms and the kids their sofas or fold-a-beds in the living areas. Unpacking usually involved little more than flinging the suitcases into the rooms, pulling out the bathing suits or other such beach wear.

Then we would all descend on Mom and Dad’s unit and after all of the hellos, hugs, kisses, and greetings, someone would open the refrigerator to reveal the cold yet still crunchy fried chicken. Accompanied by a large ham, homemade potato salad, chips, and sweet tea, the feast began. Some would sit at a table or on a sofa with a plate, while others (usually the youngsters) would hover around the food devouring everything in sight.

Not long after the feeding, the beach chairs, towels, buckets and shovels would be dragged down to the wide white sand beach; or the floats and pool noodles would be carried to the pool. Conversations continued as everyone relaxed and digested the meal. Those who arrived late were often disappointed at the slim pickings, though Mom usually had an extra stash of chicken hidden in the back of the fridge.

The journey to Texas with my brother Mike and his wife Kathy, was a continuation of family traditions. The fried chicken was replaced by BBQ brisket and the beach was the pool at the home of Paul and Cindy, our nephew and his lovely wife, and their grown kids. Mark, our other nephew, and his wife Jeanne Marie joined us from Houston. Our niece, Paul and Mark’s sister, Darla had been in Austin the week before and had returned to Florida.

Just as Jeannie’s broken wrist threw a kink into our visit, a quote from John Lennon came to mind, “Life is what happens to you while you’re busy making other plans.” Live life now.