We had mixed feelings about leaving Venice. With only three days there, we had just barely been able to taste the mystery and beauty of the place. But Carnevale was going to start in a day or so with its crowds and expense; the weather was changing for the worse; and the full moon was bringing high water which would flood the piazzas and sidewalks.

The return to Camucia/Cortona on the train via Florence and the associated adventure was chronicled earlier in a post “Snow Days …”. 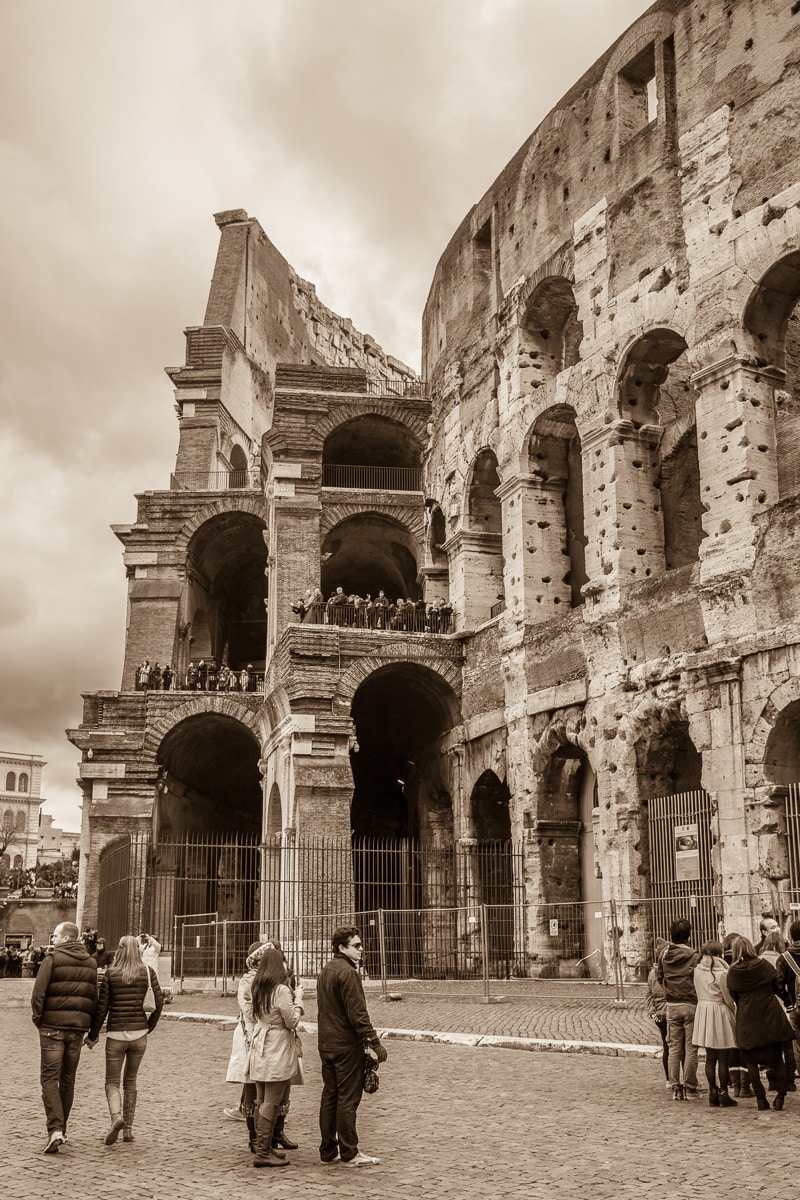 The drive back to Rome began in a light rain, and the closer we got, the more the weather improved. Of course we took this as a good sign. Well, we only moved ahead of the rain. It was coming anyway, but the extended forecast was for clear skies, albeit still cold.

Our apartment was in an excellent location. Turning left out of our building, we could walk 100 ft., turn right and see the Colosseum. Very easy walking distance to much of the central historical area. Access to great little, local restaurants, wine shops, and cafes was convenient as were bus and metro stops. 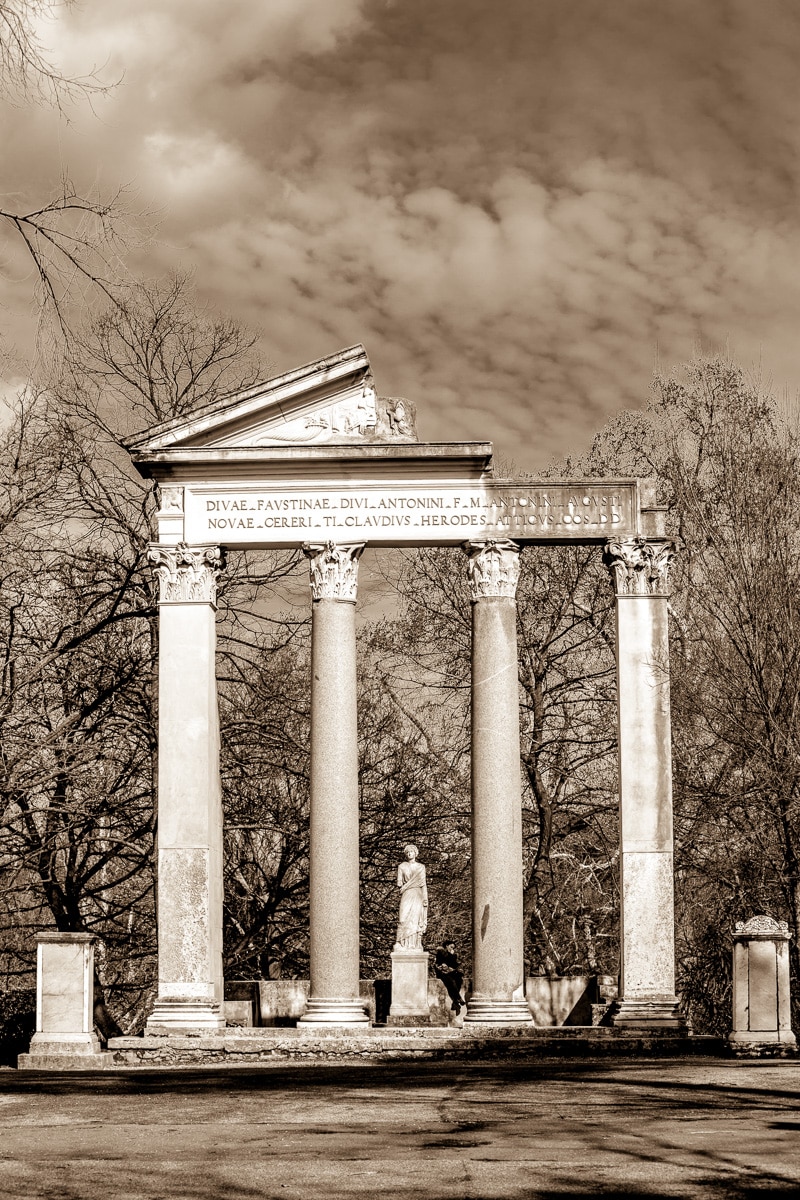 t was amazing the number of tourists swarming everywhere. We were fortunate to have been to Rome two other times many years ago and didn’t feel that we had to visit the Forum or St. Peters or some of the other tourist magnets, even though we would have liked to. The lines to get into any of the big “attractions” were very long, with hundreds of people waiting to get in.

Walking through Rome is the way we like to experience the city. Even though it is an extremely large city, it is very walkable. Away from the major tourist areas where there are no fake gladiators, selfie-stick sellers or umbrella-wielding tour guides – which is almost impossible to do – you can see a vibrant, exuberant city. 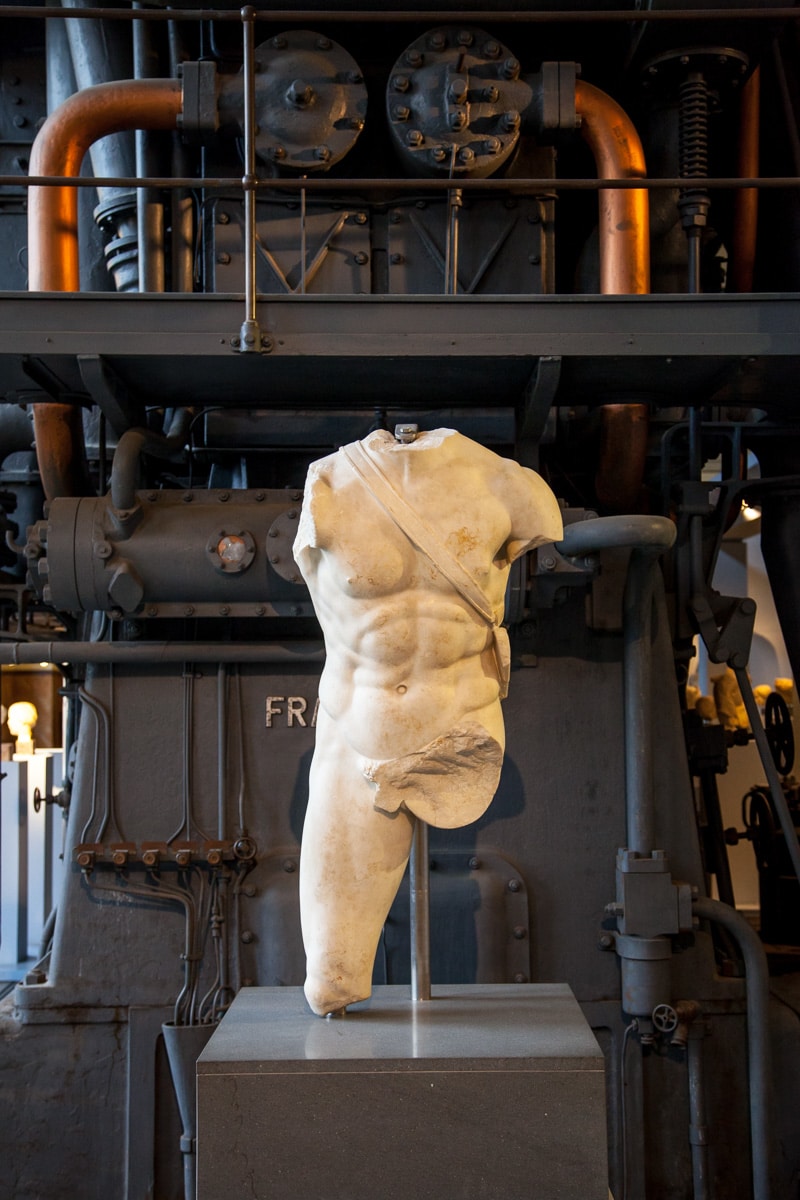 As we ate a light dinner at a nice wine bar just around the corner from our apartment, we inquired of the waiter what was his favorite “non touristic” place to visit in Rome. As it was still raining and cold we specifically asked about museums. He quickly replied that we should see the Centrale Montemartini.

Though it is a bit hard to find, with a rather obscure entrance, this fine example of industrial architecture was converted into a museum in 1997 with the transfer of hundreds of sculptures to the new location during the restructuring works carried out across much of the Capitoline complex.

Rome’s first public electrical power plant, Centrale Montemartini began producing electricity in 1912. Spared from bombing in World War II, it became obsolete in in the late 1950s and was abandoned by the mid-1980s.

Striking classical statues and sculpture now stand against the backdrop of turbines, diesel engines and steam boilers. A bizarre contrast of styles and purpose, it is one of the most thought-provoking museum spaces Rome has to offer. And on this winter day, we had the space almost entirely to ourselves. 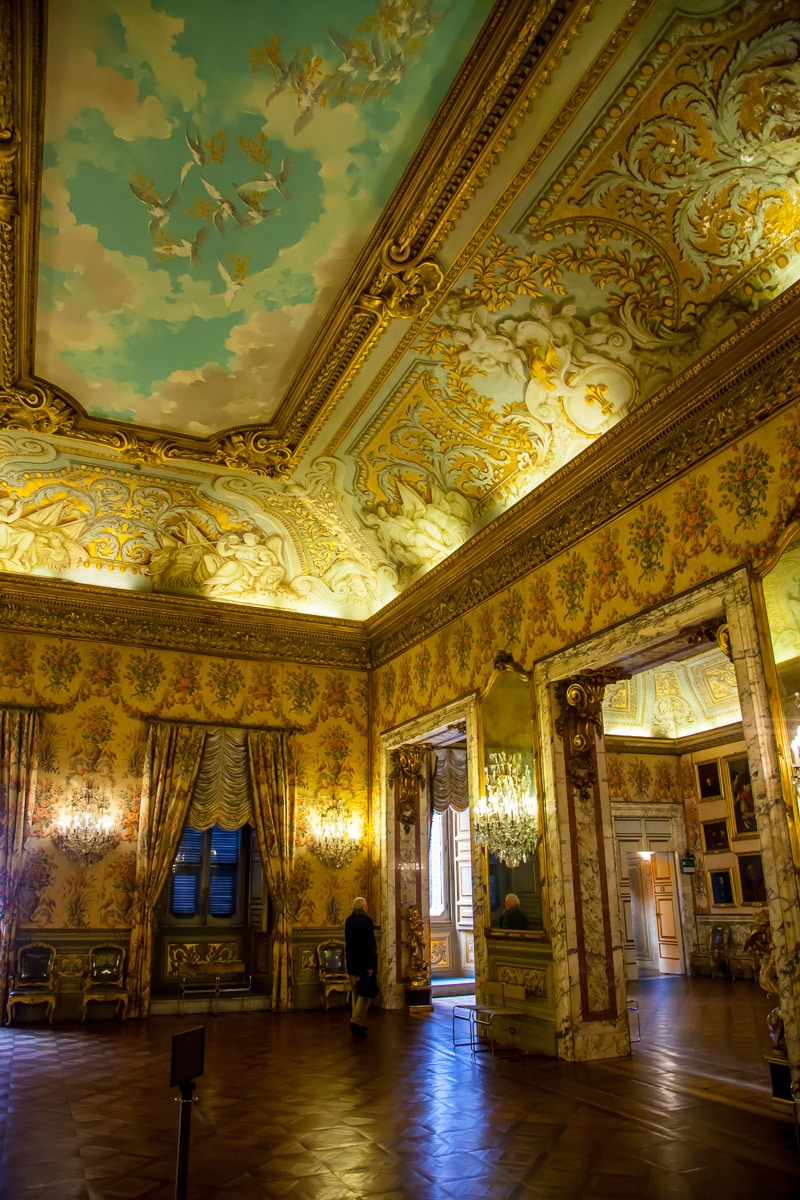 The Palazzo Doria Pamphilj is another of the lesser known museums in Rome. With a collection of over 400 paintings and sculptures dating from the 15th to the 18th centuries, including works by Titian, Caravaggio, Lorenzo Lotto and Guercino, the building itself is worthy of a visit as it is still owned by the Pamphilj family. The oldest parts of the building date from 1435, and the portico and courtyard from the 1500s. However we were attracted to a tour that included Baroque music performed on period instruments. The trio, consisting of a guitarist, flautist/percussionist, and a soprano vocalist, followed us from room to room playing suitable to the locations and art. It was a memorable tour that, again, was not marred by throngs of other tourists.

By now, the weather had improved greatly, and a couple of days later we took the public transportation out to the ancient city of Ostia Antica. This was the port city of the capital of Europe’s greatest empire. Scattered among the umbrella-shaped pines that now dot the site are a splendid amphitheater that is still used for concerts, and the remains of schools, baths, and temples. 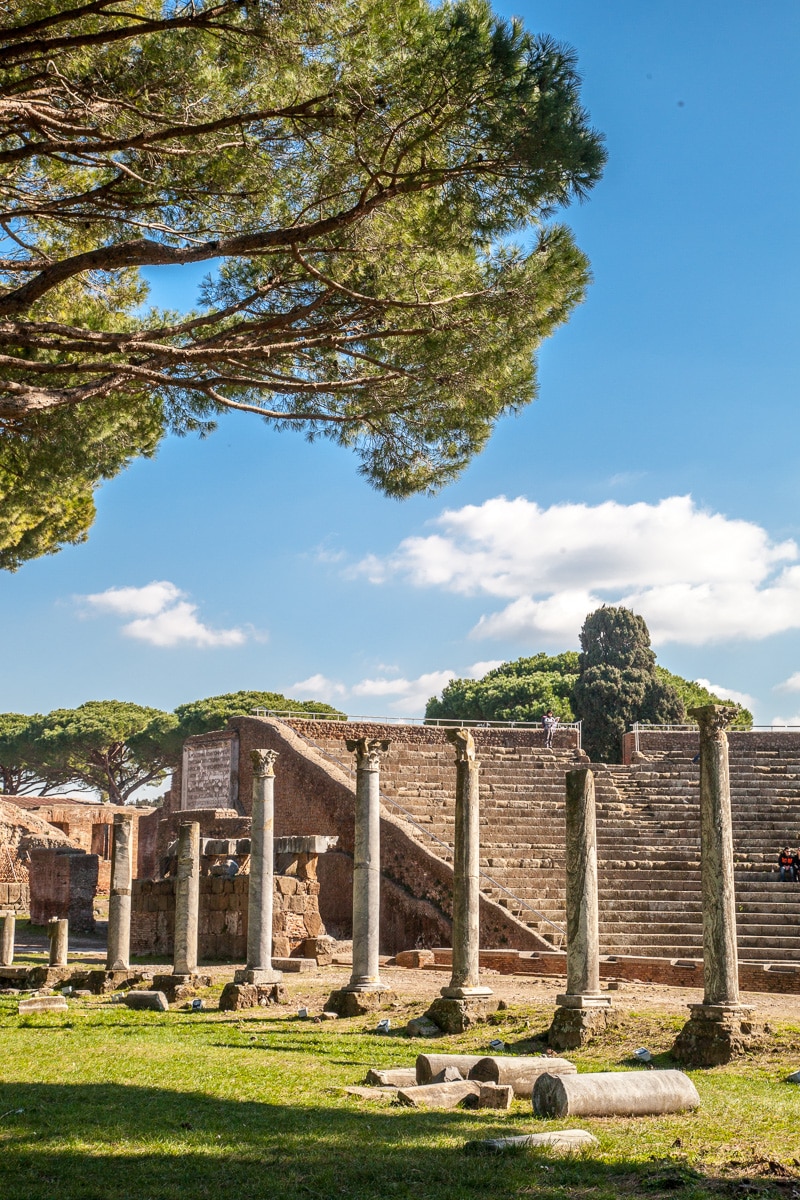 With the fall of the Roman Empire, Ostia fell slowly into decay, and was finally abandoned in the 9th century due to the repeated invasions and sackings by pirates. Over time, the harbor silted up and the mud that eventually buried Ostia ended up protecting it from the ravages of time and plunder. Excavations began in the late 19th century and most of the town has since been uncovered.

We wandered through time and history, again without the masses of crowds as in other parts of Rome, imagining the amount of commerce and activity that must have existed in this large, thriving port during its heyday. There were no ghosts, but it didn’t take much to visualize the well-worn stone streets filled with people going about their daily lives. Our only regret was that we could not return for at least another day to explore this wonderful place.

Of course, one could spend a lifetime exploring Rome and its treasures, both modern and ancient, but it was time to return to the US and Florida. We had scheduled this upcoming 6-week return for various appointments, and to visit family and friends. Having been away for six months, we marveled with how quickly the time had gone by, and yet how much we had experienced and learned … and we were still having so much fun.