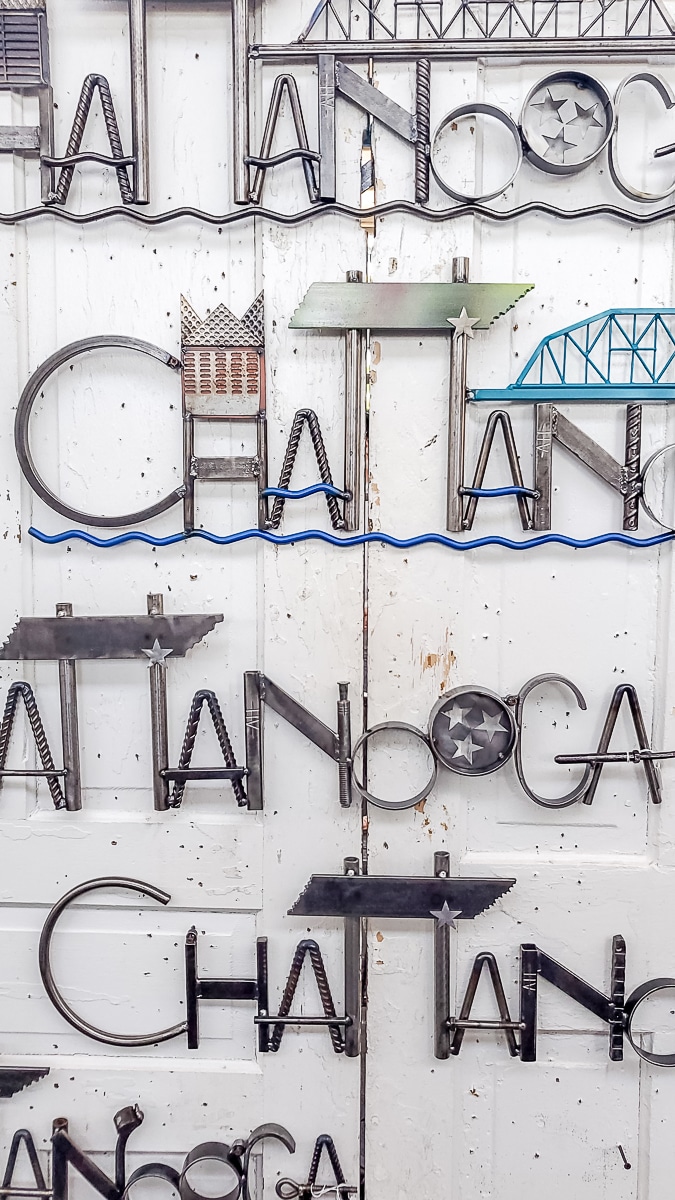 June 2021 – Honestly, the only thing we knew of Chattanooga, Tennessee was a 1941 Glen Miller song, “Chattanooga Choo Choo”, a tune that became one of the biggest hits of its time. Chattanooga has often been mentioned as a city to visit, and we were surprised how many people sang the praises of this historic Southern town. Well, the praises were all well-deserved.

Positioned along the Tennessee River in the foothills of the Appalachian Mountains, Chattanooga was the location for a two-week stay in a charming 1920’s bungalow in a pleasant Northside neighborhood. The timing of our visit was neatly scheduled between a family reunion in Panama City Beach and a family wedding outside of Nashville. 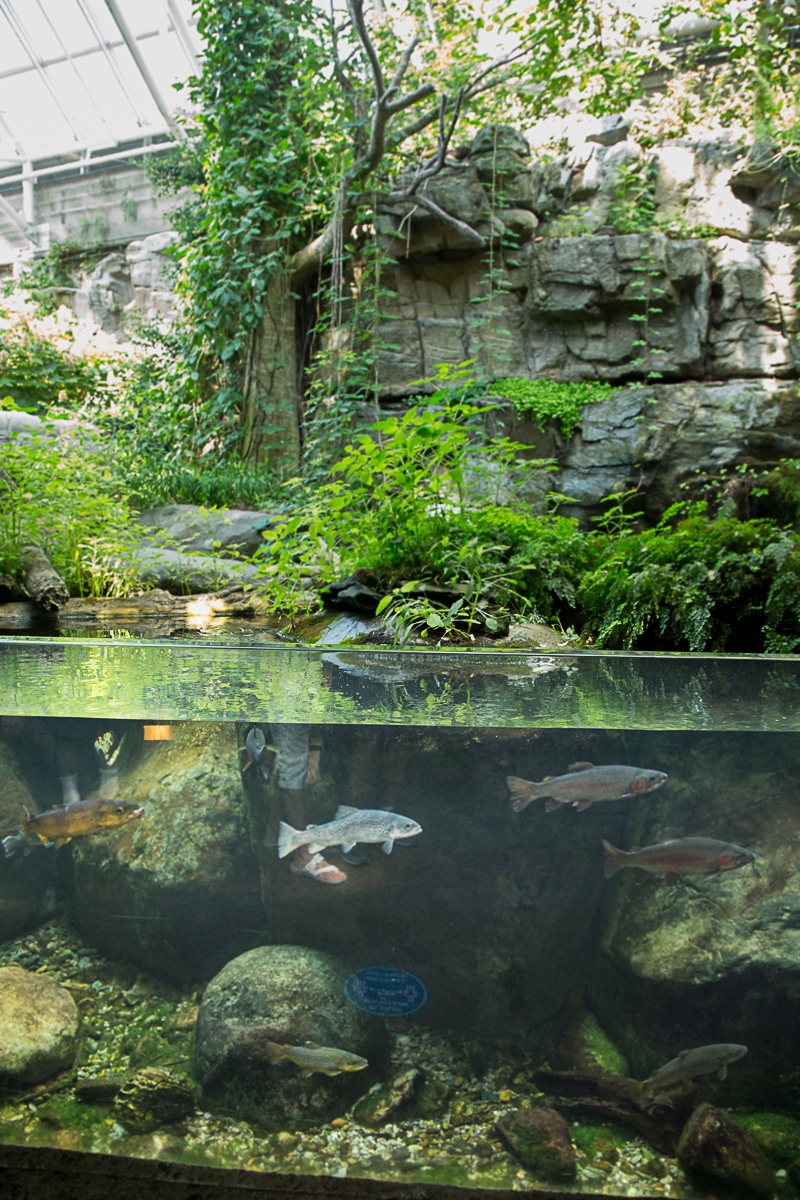 A sampling of high points of Chattanooga that we enjoyed:

For morning or evening strolls, Tennessee Riverpark, a ten-mile linear walk makes for a lovely location and is one of the most popular Chattanooga parks.

Tennessee Aquarium, directly on the river, includes the world’s largest freshwater aquarium. Its exhibits are housed in two buildings where the visitors can follow water’s path from the mountains to the sea. Well done exhibits are geared for adults and children. 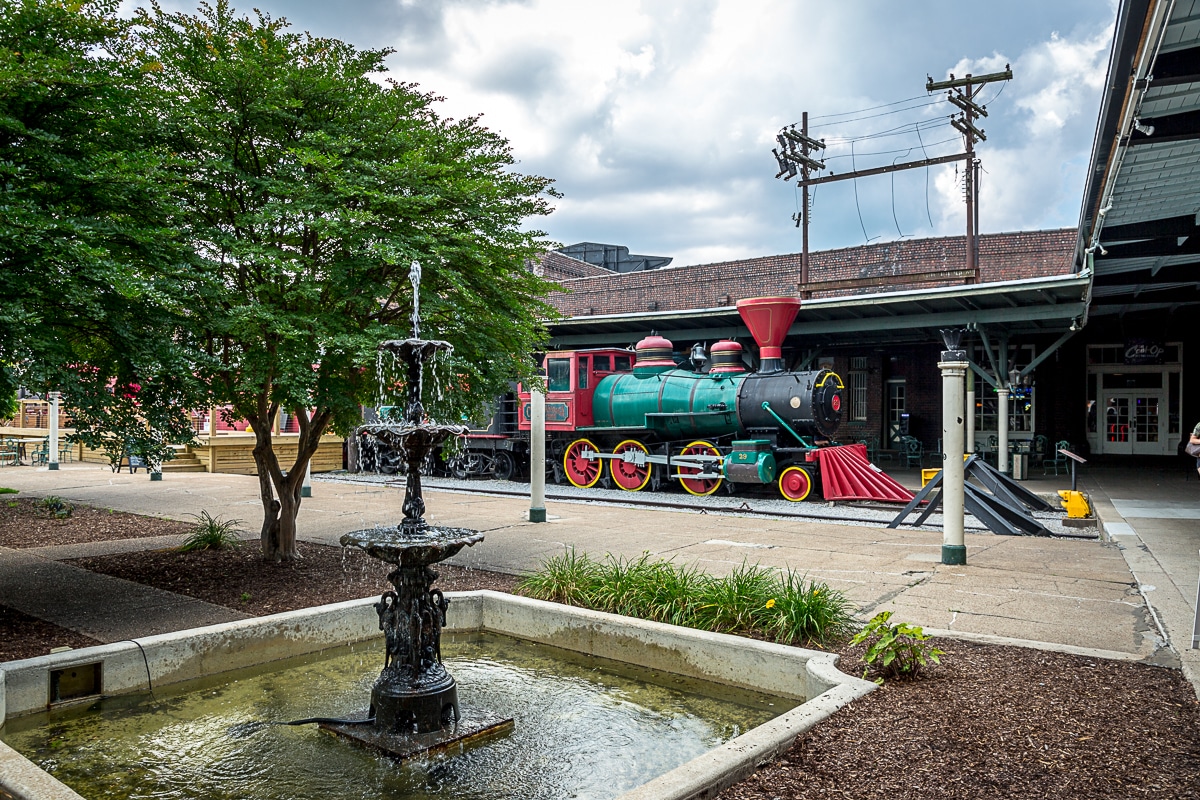 Originally Chattanooga’s Terminal Railway Station, the “Chattanooga Choo Choo” today is a hotel. The station’s main hall was transformed into the hotel foyer, and on the tracks are 100-plus-year-old rail cars converted into restaurants and guest accommodations. The Chattanooga Choo Choo was named after the hit tune by Glenn Miller and His Orchestra and was the first song to receive a gold record, in 1942, for sales of 1.2 million copies. (At the time a gold record was simply a promotional tool for record companies to honor their artists; it wasn’t until 1958 that the RIAA began issuing gold records based on certified sales figures.) 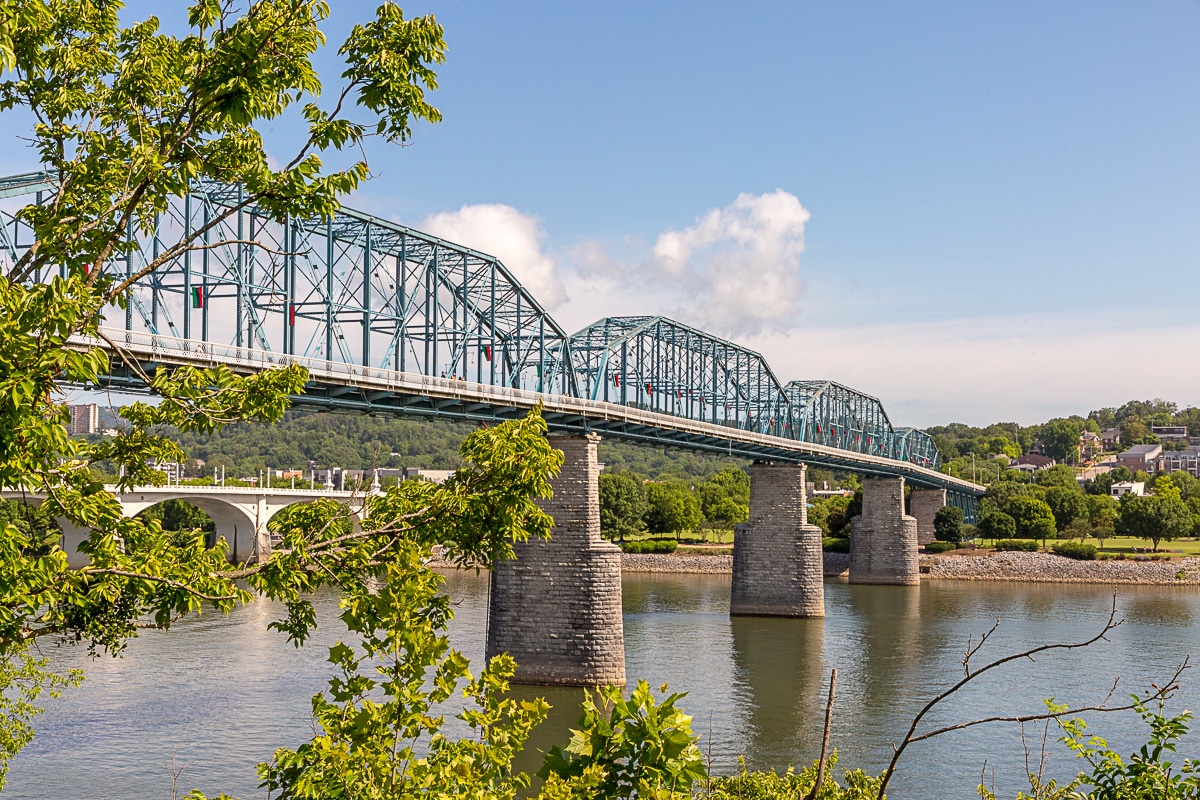 The Walnut St. Bridge, the longest pedestrian bridge in the world, links the vibrant North Shore with the Bluff View Arts District, the Hunter Museum of American Art, the Tennessee Riverwalk, and the Tennessee Aquarium. It is a favorite promenade for Chattanooga residents and visitors alike. Walnut Street Bridge, erected in 1890 and standing 2,376 feet high, is Tennessee’s oldest non-military highway bridge still in use today. 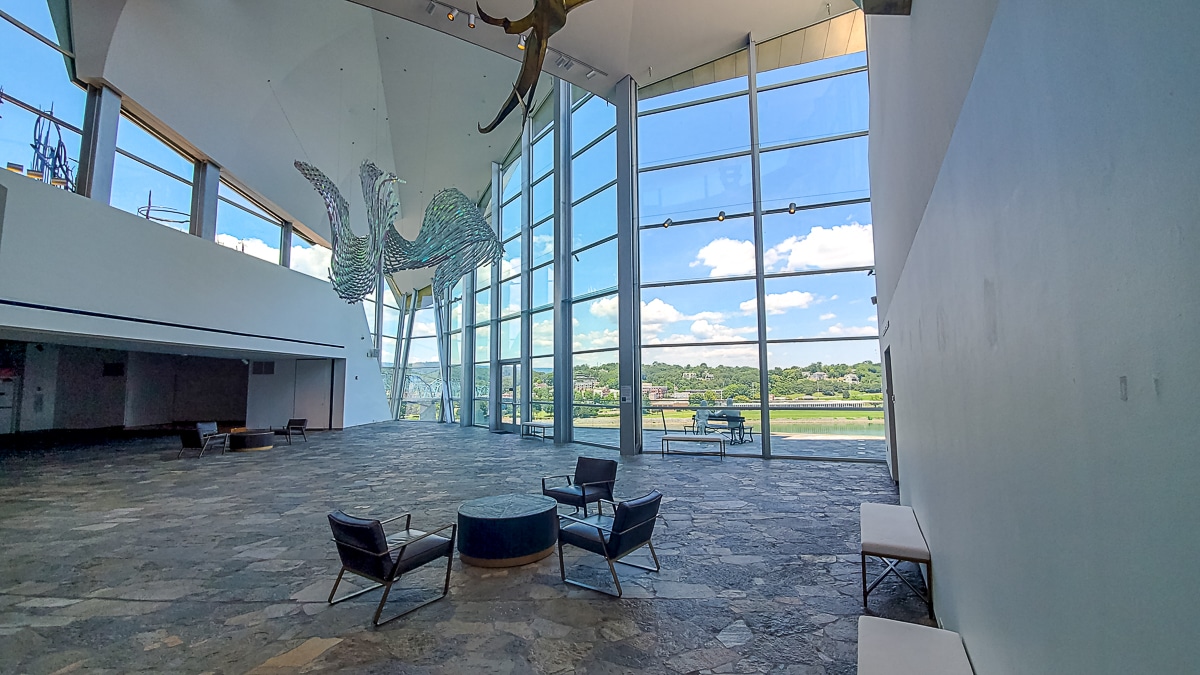 Located in the Bluff View Art District, the Hunter Museum of American Art is a fine arts museum sitting on an 80 ft (24 m) bluff with views of downtown Chattanooga and the Tennessee River. It is an excellent museum with a variety of art pieces overlooking the river. One of the buildings is an old (1905), restored Neoclassical-style brick building and the other a wonderful modern (2005) structure that is now the main entrance. 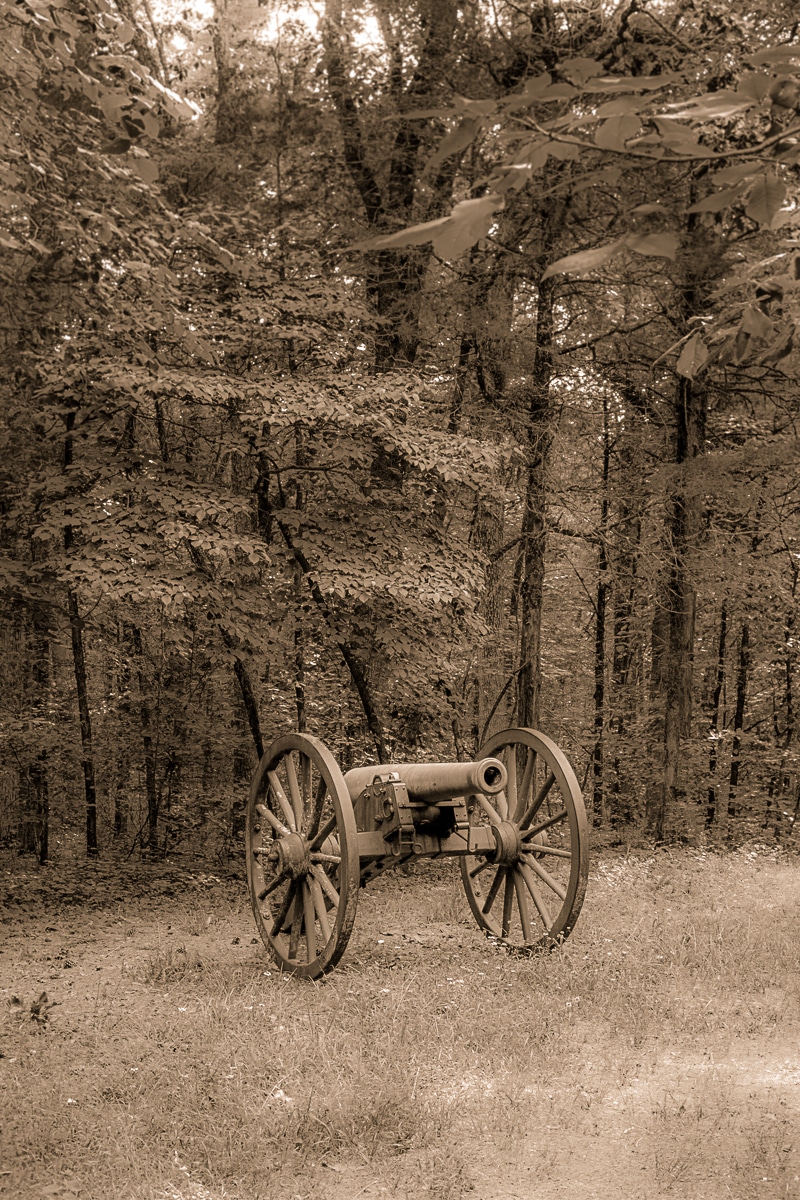 During the Civil War, Chattanooga was key to the South — it had roads through the mountain passes, four railroad lines linked to crucial Southern cities like Memphis and Richmond, and water transport via the Tennessee River.

In 1863, Union and Confederate forces fought for control of Chattanooga, known as the “Gateway to the Deep South.” The Confederates were victorious at nearby Chickamauga in September. However, two months later, renewed fighting in Chattanooga gave Union troops victory and control of the city. After the fighting, one Confederate soldier wrote, “This…is the death-knell of the Confederacy.” 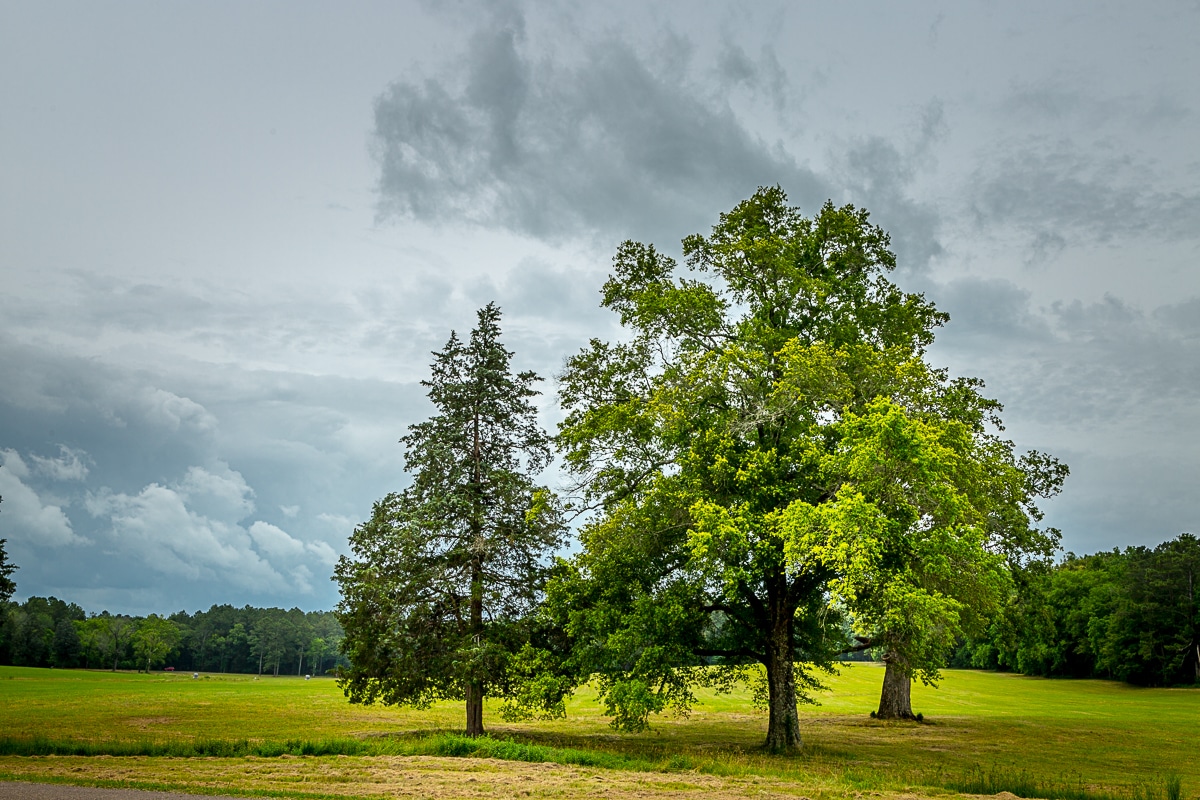 Chickamauga and Chattanooga National Military Park, located in northern Georgia and southeastern Tennessee, does a very good job of presenting and preserving the sites of two major battles of the American Civil War: The Battle of Chickamauga and the Siege of Chattanooga. This battlefield park was the first national battlefield park ever established. The beauty of the park makes it hard to believe the extent of death and destruction that occurred over three days in the fall of 1863, and proved pivotal in the Union Army’s breaking the back of the Confederacy.

Only 15-20 minutes south of Chattanooga, Lookout Mountain has two good reasons for the drive to the top, Lookout Mountain Battlefield and Point Park, and Rock City, notable for its “See Rock City” signs scattered all over the South for decades. 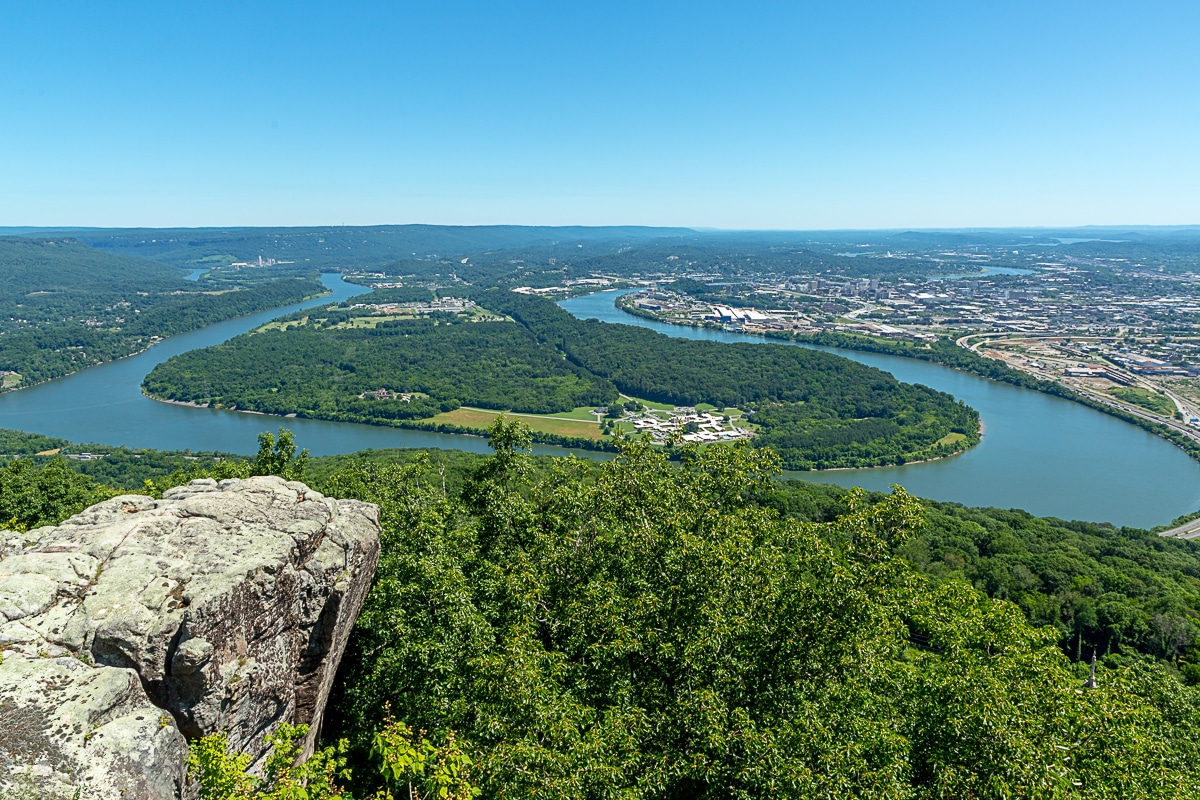 The Lookout Mountain Battlefield and Point Park, is located on the north of the broad ridge that is Lookout Mountain and filled with Civil War-related landmarks and commentary, but it’s the incredible views out across Chattanooga, the Tennessee River above Moccasin Bend, and over the surrounding countryside extends for miles that is a real treat. 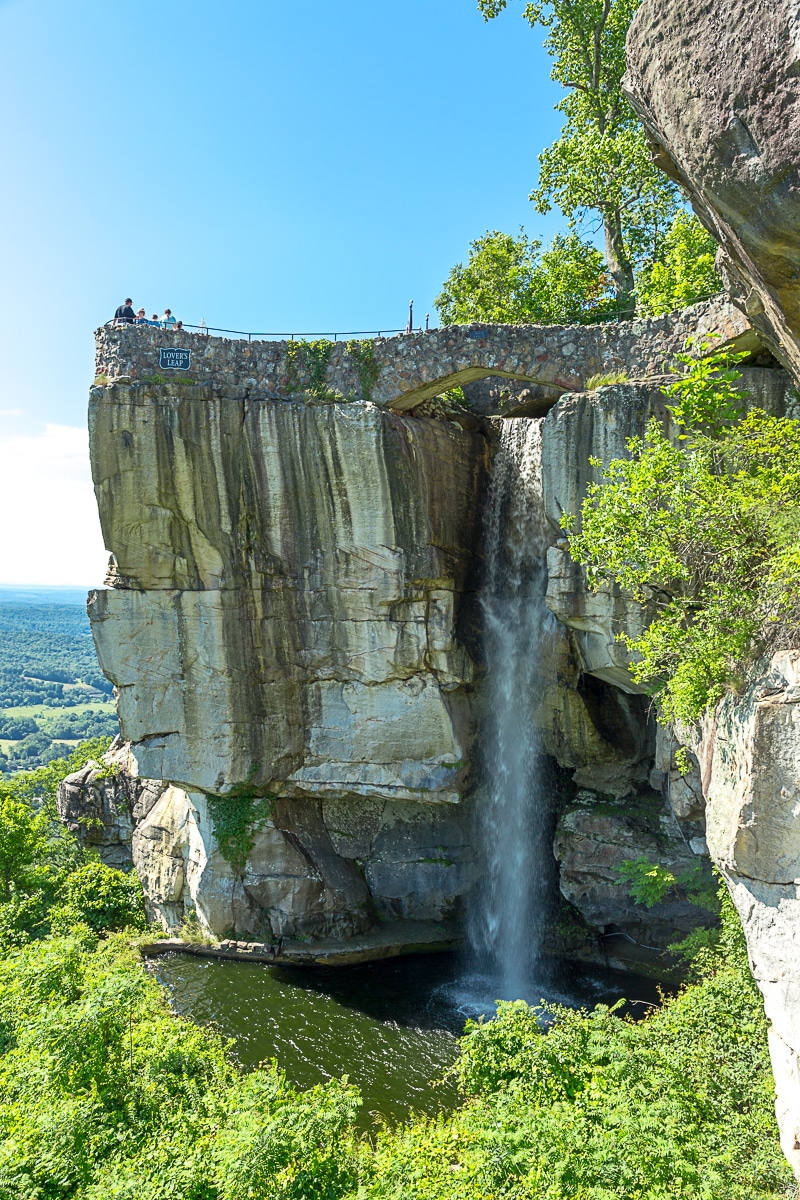 On the south end of Lookout Mountain, Rock City has been a popular tourist attraction since May 1932. There are many incredible views as well as many natural rock formations that cover the park. Otherwise, there is a “tourist attraction” vibe to the place, quite different to the park at the other end of the mountain.

We found some great hiking in the Cloudland Canyon State Park, not far away in Georgia. There were more tremendous vistas as well as some beautiful waterfalls. 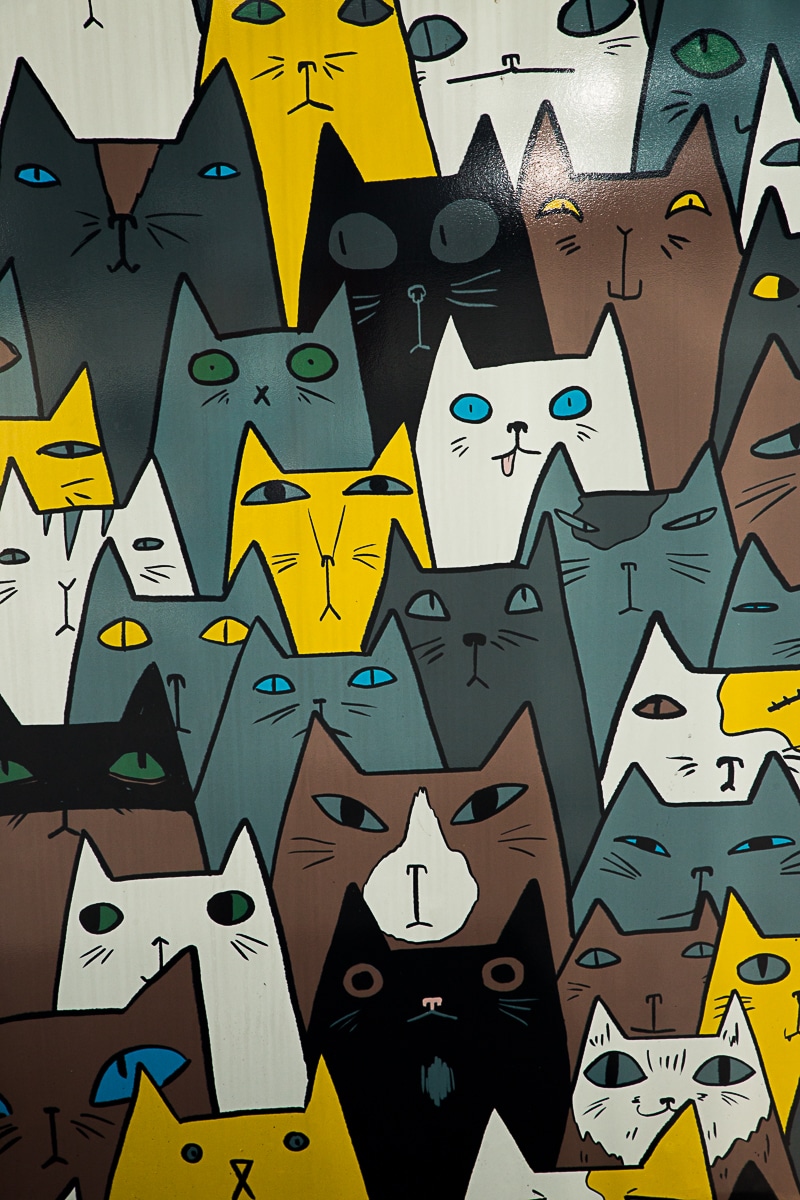 Back in town, we enjoyed a vibrant public art scene. We found two sculpture gardens, and the city’s many utility boxes are wrapped with images created by local artists of all ages. We were in Chattanooga for two weeks, and while we experienced a lot, the city and region offers so much more. There were many good places to eat, though, because of Covid of course, we mostly ate at our AirBnB preparing meals or doing take-way. Shopping for anything other than essentials was minimal, but Jeannie’s definition of essentials allows for some leeway.