OK, I am getting behind on my writing, not unlike when I was in graduate school. But the nice thing about my blog is that, well it’s mine and I can do as I wish. Like this post. It is really out of sequence. But I have read the fine print and I don’t have to maintain a timeline. 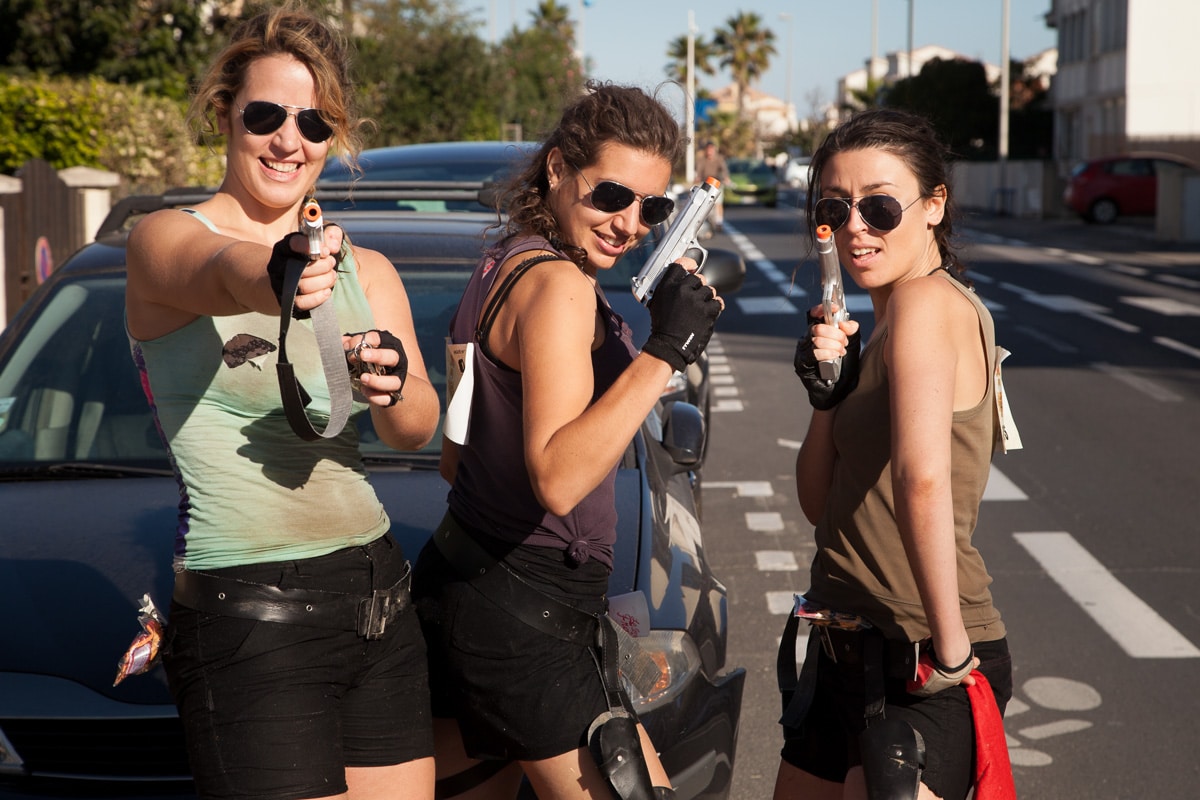 This post is a special edition because I told “Charlie’s Angels” that they would be on the blog, and they had guns.

We took the tram from Montpellier to the beach today. It is off-season, and the weather was beautiful. We got off the tram and not knowing where we were going, walked the 1.25 miles (2+km) to the Mediterranean. The beaches were relatively empty, and with a good breeze there were many large sailboats well offshore. The main drive along the coast was similar to most east coast beach towns in the US. There was a mix of lots of small hotels, some condos, small homes, etc. The beach was wide with lots of sand and sun.

We had first arrived at Carnon Plage (Beach), a map told us that the town Palavas-les-Flots was about 2 miles (3.4km) down the beach so we walked along the road to what we expected would be a sleepy little beach town. We were wrong.

As we approached, the more busy it became. Along the way three guys passed by and two were wearing tutus. Huh? That should have been a clue.

Well to make a long story short, we happened to arrive in the middle of a fundraising event called La Ruee des Fadas. Described as a 12 km race walk with obstacles, passing through water, a lot of mud, and a maximum of delirium. Oh, and costumes seemed to be required.

With that I’ll get the photos posted because “Charlie’s Angels” know where I am.