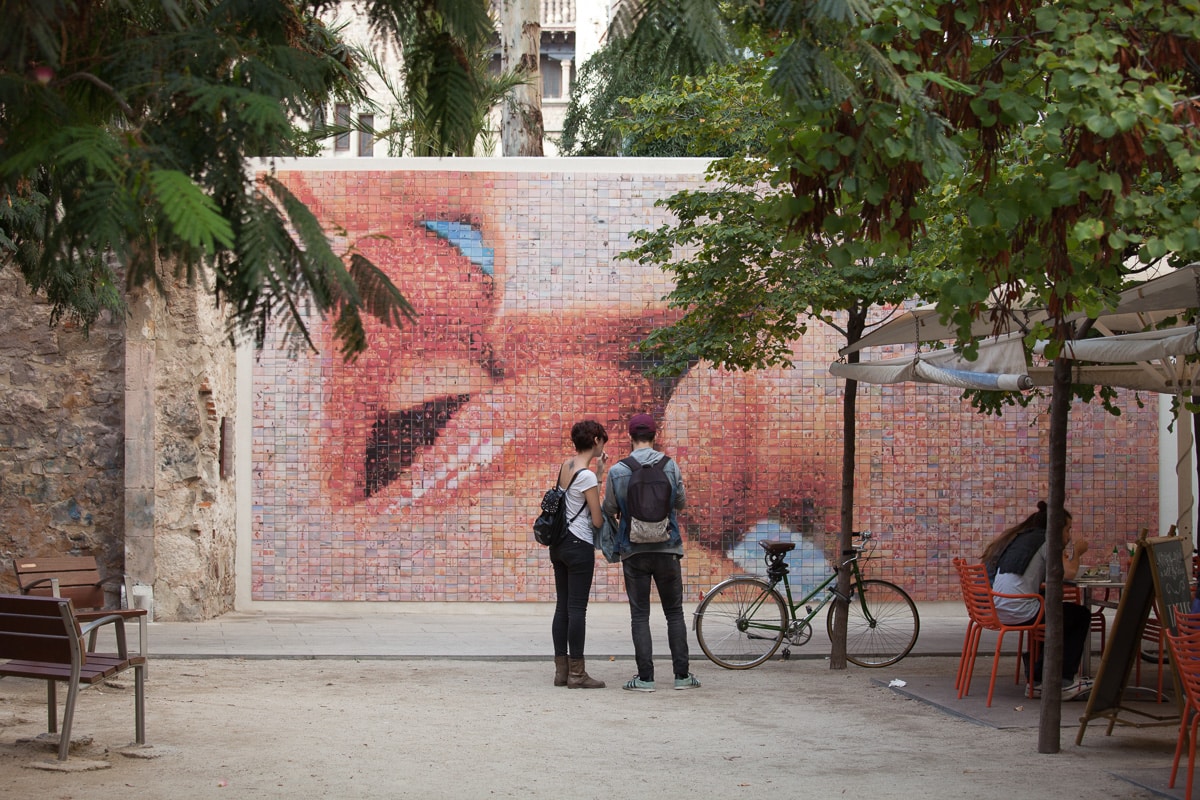 While walking around the Gothic quarter of Barcelona, we turned down a small street. At the end of the street we could see a mural of two sets of lips locked in a personal moment. At first we thought that it was an example of street graffiti, but as we got closer … 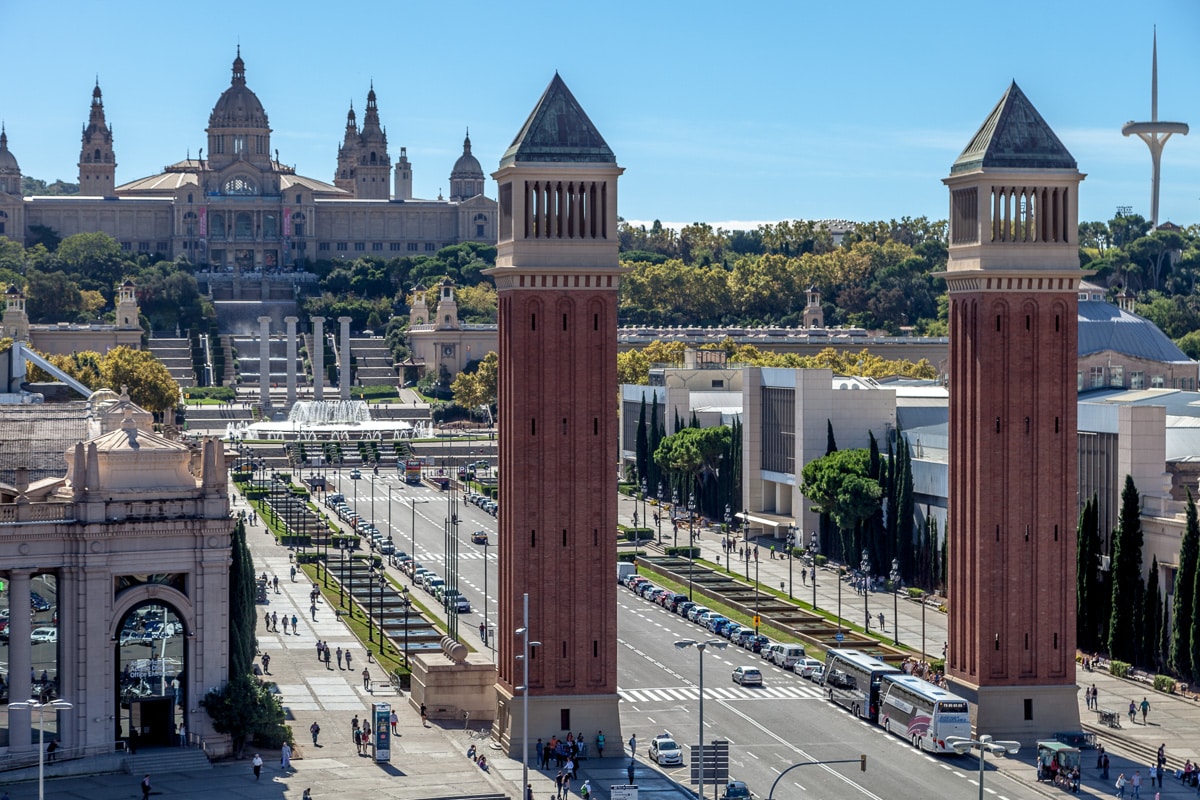 The leaves of the Plane trees (Sycamores) are starting to turn brown and darkness comes noticeably earlier each day. Autumn has begun. Our time in Barcelona is almost over and… 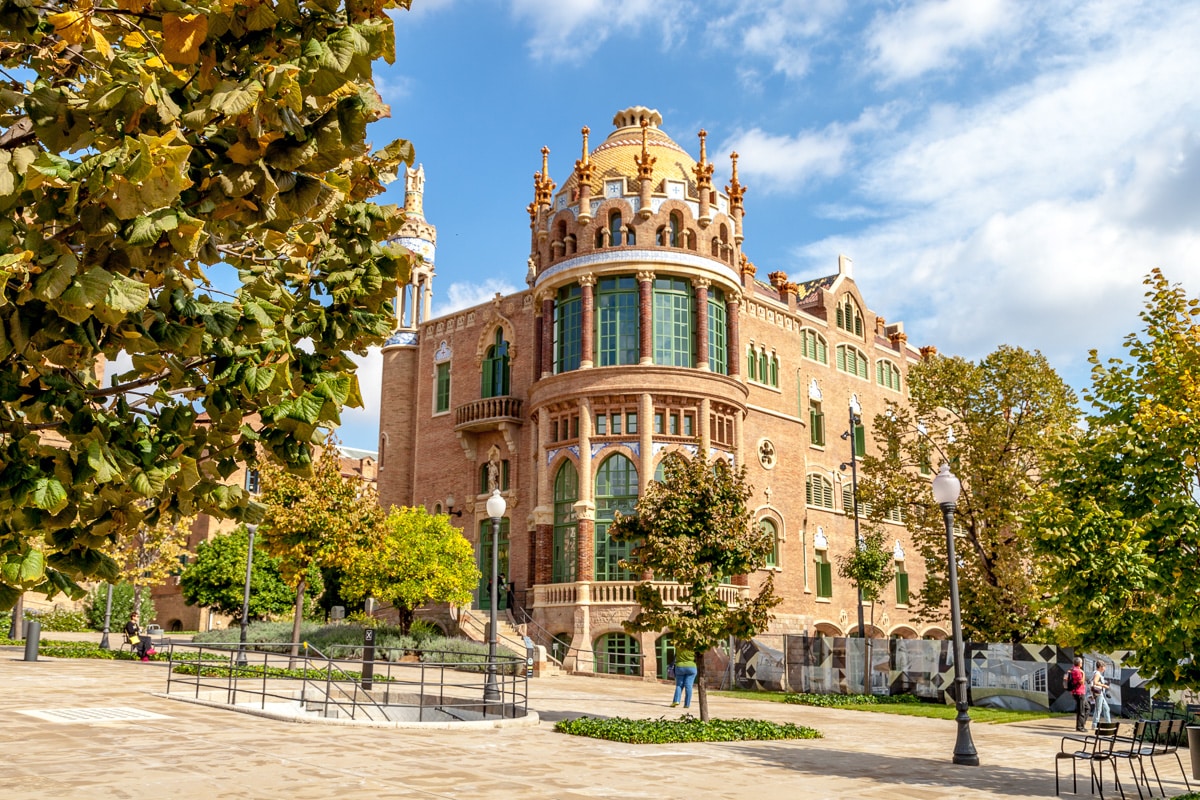 So many of the places we have visited throughout the world are listed as UNESCO World Heritage Sites. Barcelona has nine such sites. These exquisite buildings by Catalan Modernist architects Antoni Gaudí and Domènech i Montane are some of the most beautiful structures in the world whether you’re an expert or simply appreciate impressive architecture, they are worth seeing. 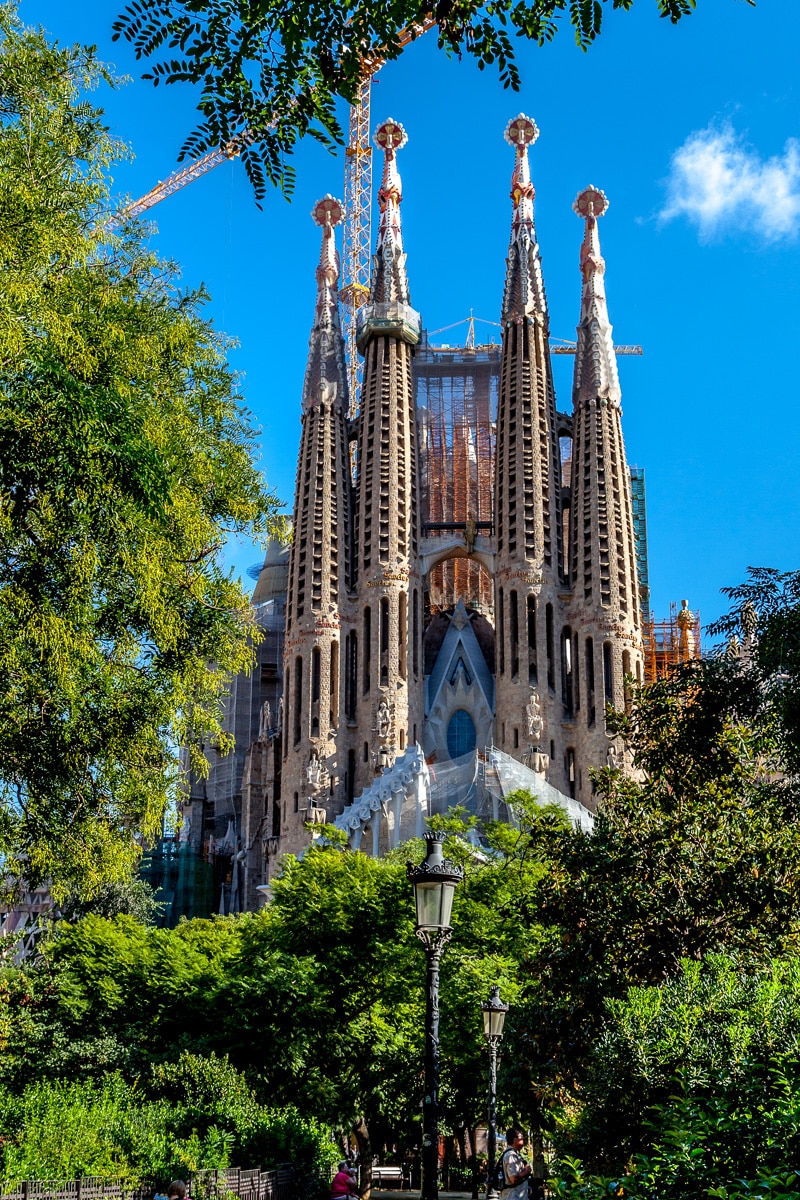 Construction of La Sagrada Familia cathedral, Barcelona's magnificently iconic and controversial church, was started in 1882 by the famous Spanish architect Antoni Gaudí and is expected to be completed in 2026—a century after his death. Its design incorporates Gaudi's geometrical ideas and aspects of Cubism and Art Nouveau, or as it was called in Spain– Modernista and Catalonia - Modernisme. 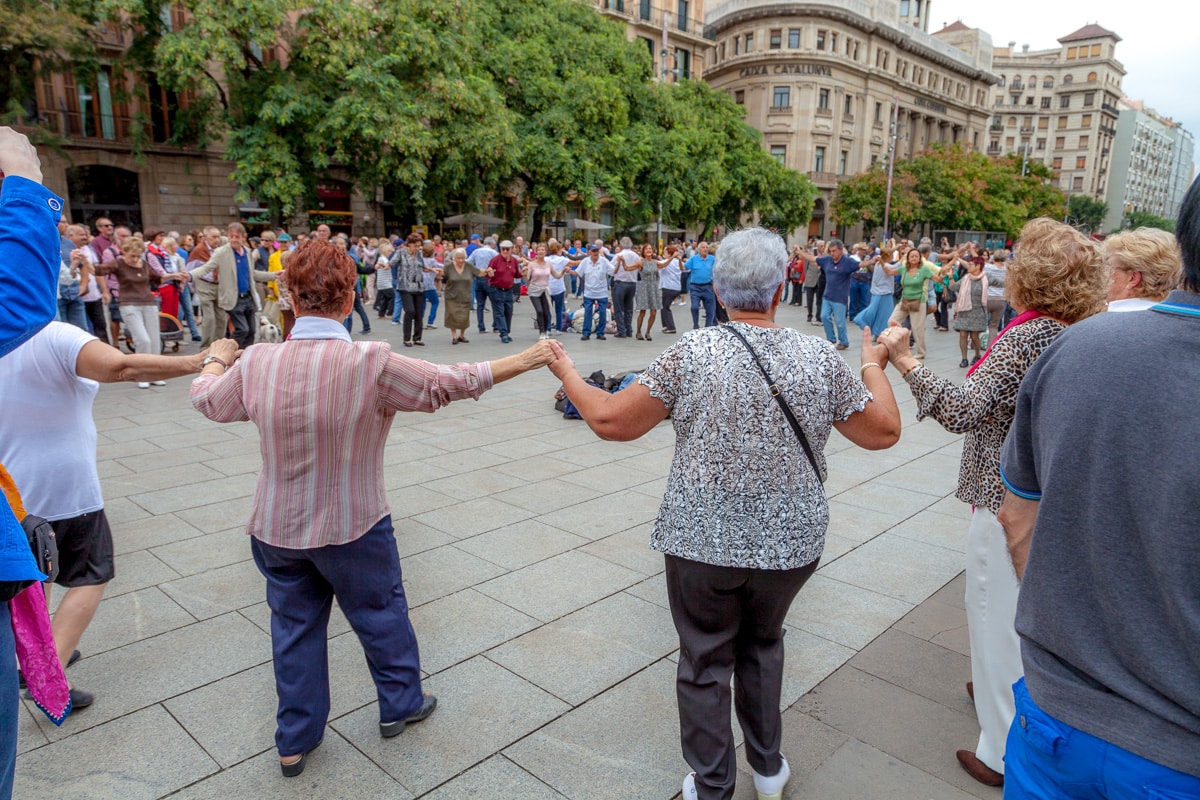 Taking the train from Madrid to Barcelona used to take just under nine hours. Today, with ALL our luggage, it only takes about three. The speed display in the car we were in showed a top speed 300 kph (180 mph), but averaged a little less than that. The terrain in the center of Spain is rather arid and brown, and as we neared the coast there was a change toward more green vegetation and trees. 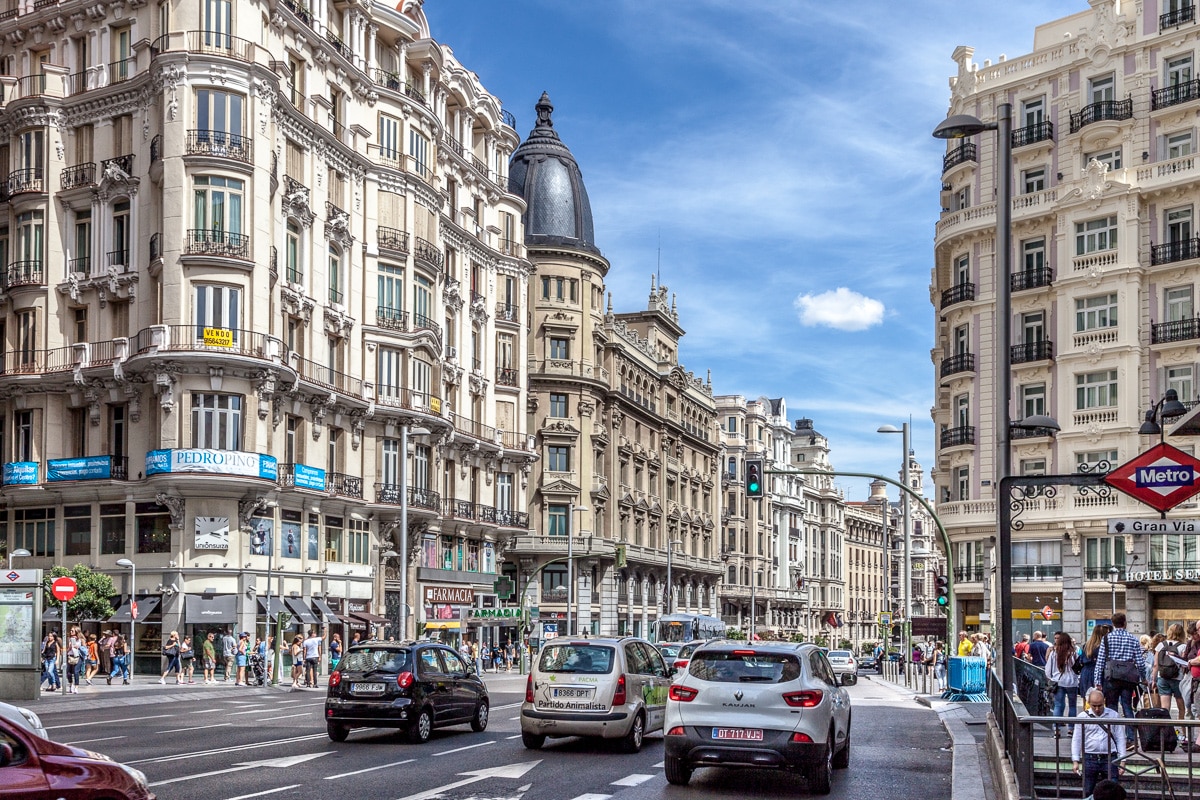 We had been in Madrid for just about a month, and we couldn't see everything. That is a difficult concept to accept at times, but for the experiences we want, it is essential. The days that have no defined purpose or destination are often the most rewarding; because it seems that for those brief moments we feel as if we live there. Those are the times we made time to stop and really see the city and its people. And like any big city it’s not always pretty, but it is always fascinating. 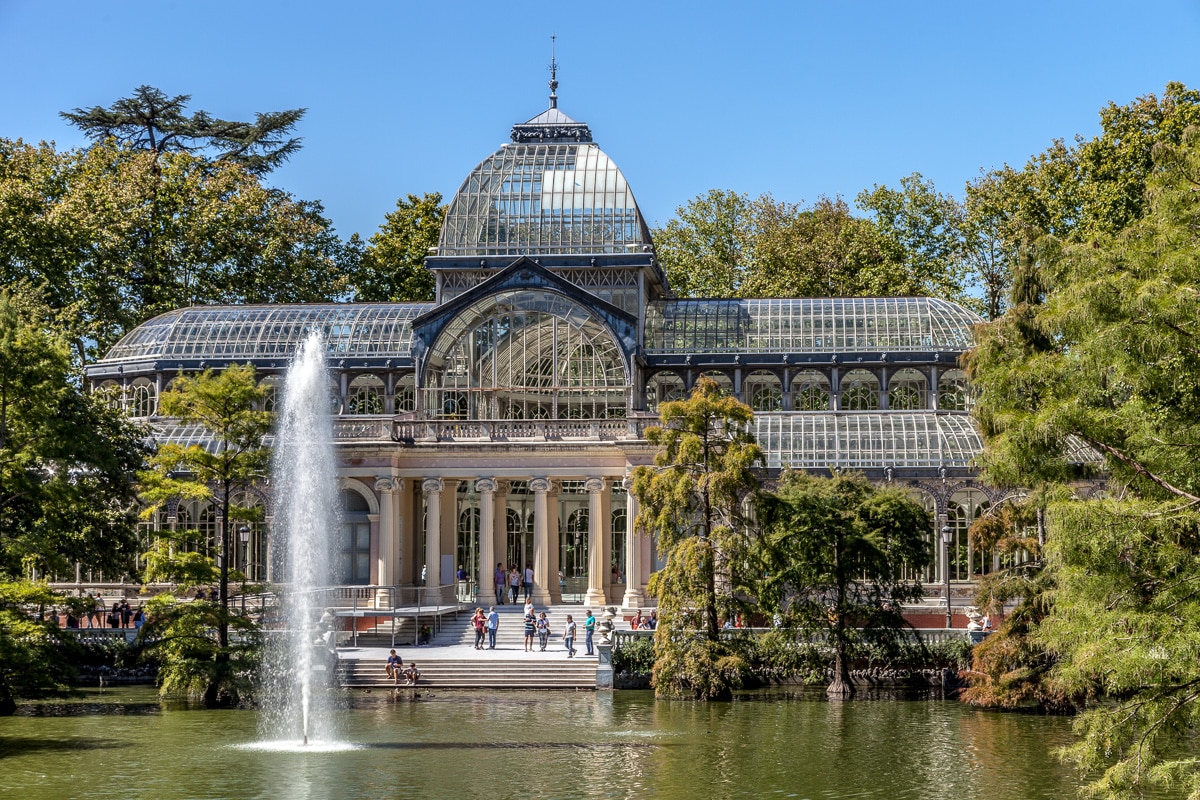 Madrid, besides being the capital of Spain, is a great city. The best thing about a great city and its culture is its people; and the best places to experience being among the people are parks and markets. These kinds of things are what our travels are about - to experience the place, its people, its culture, its life. 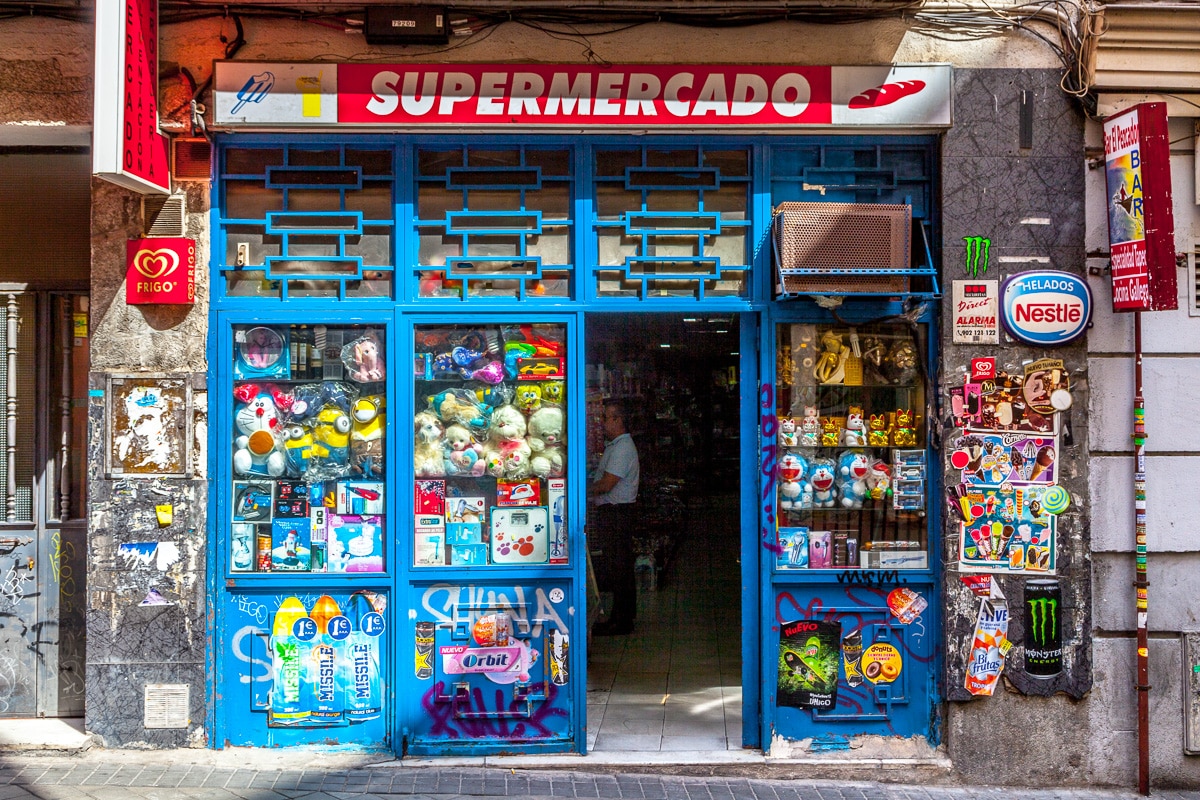 Madrid is filled with people. There were times when we felt that they were all on the same street with us. But we could turn off onto a quiet little callejón, and be alone except for the little old lady pulling her two-wheeled grocery cart to the market; or the lone office worker who had stepped outside for a cigarette. The art galleries, laundry hanging from balconies, street art, litter, beautiful architectural details of past glories, all provide a rich garden from which to gather images. 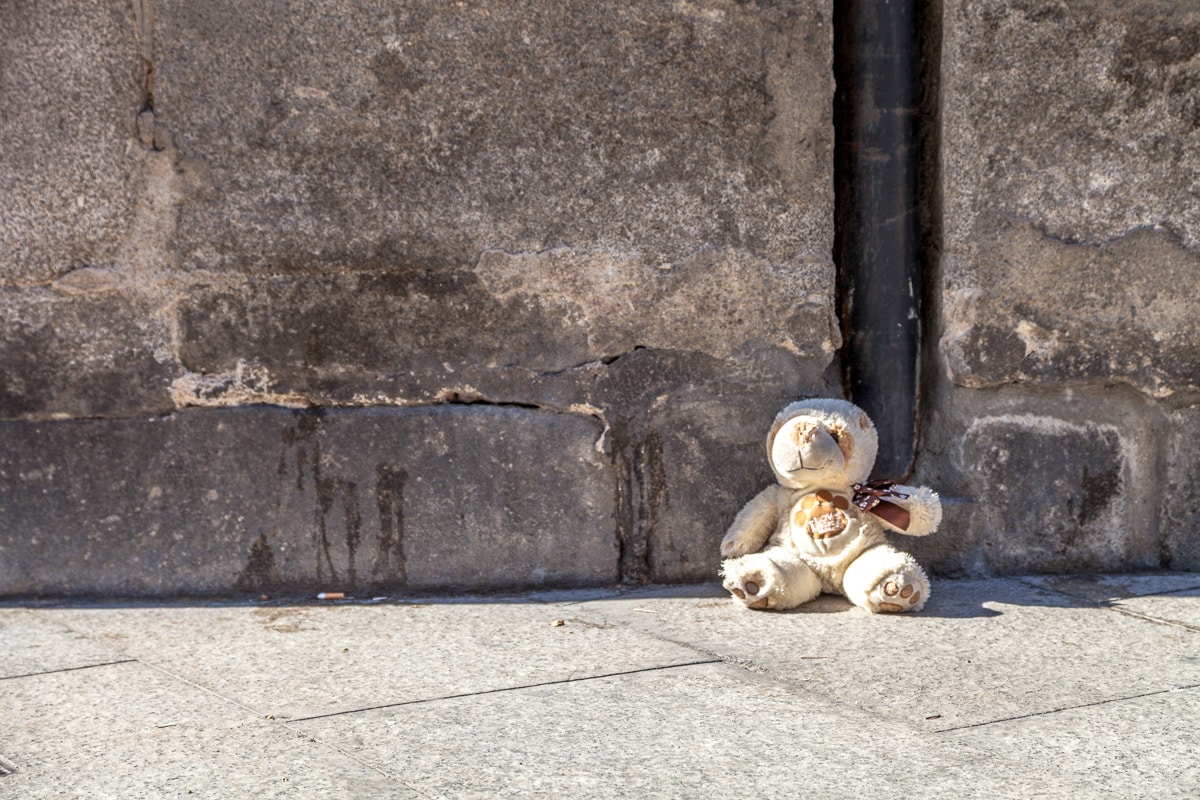 We wander, ... a lot. It tends to be somewhat directed, but our path may meander like a three-year-old chasing pigeons. Most of these images of Madrid were made sort of on the way somewhere, or once we had arrived, and yet they are a stream-of-consciousness-like collection of visuals and memories of a month of strolling through Madrid. Captions have been added to provide some context, but think of them more as a view through my camera as we ambled through this marvelous city. 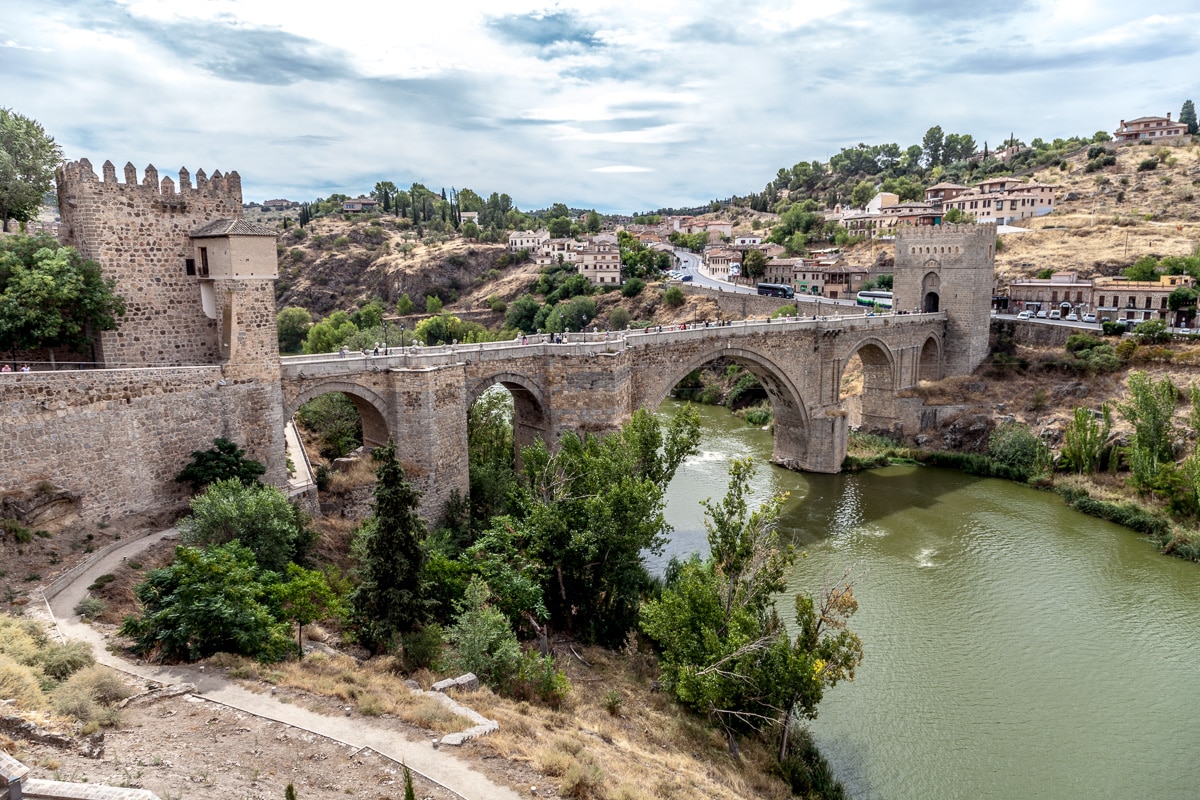 Toledo has been inhabited since the Bronze Age, as early as the first century BC. The city has seen more than 2,000 years as the "City of Three Cultures", having been shaped by the historical co-existence of Christian, Muslim and Jewish influences. It survived invasions by the Moors and Visigoths, and the Spanish Civil War, indeed, the entire city is a UNESCO World Heritage site.