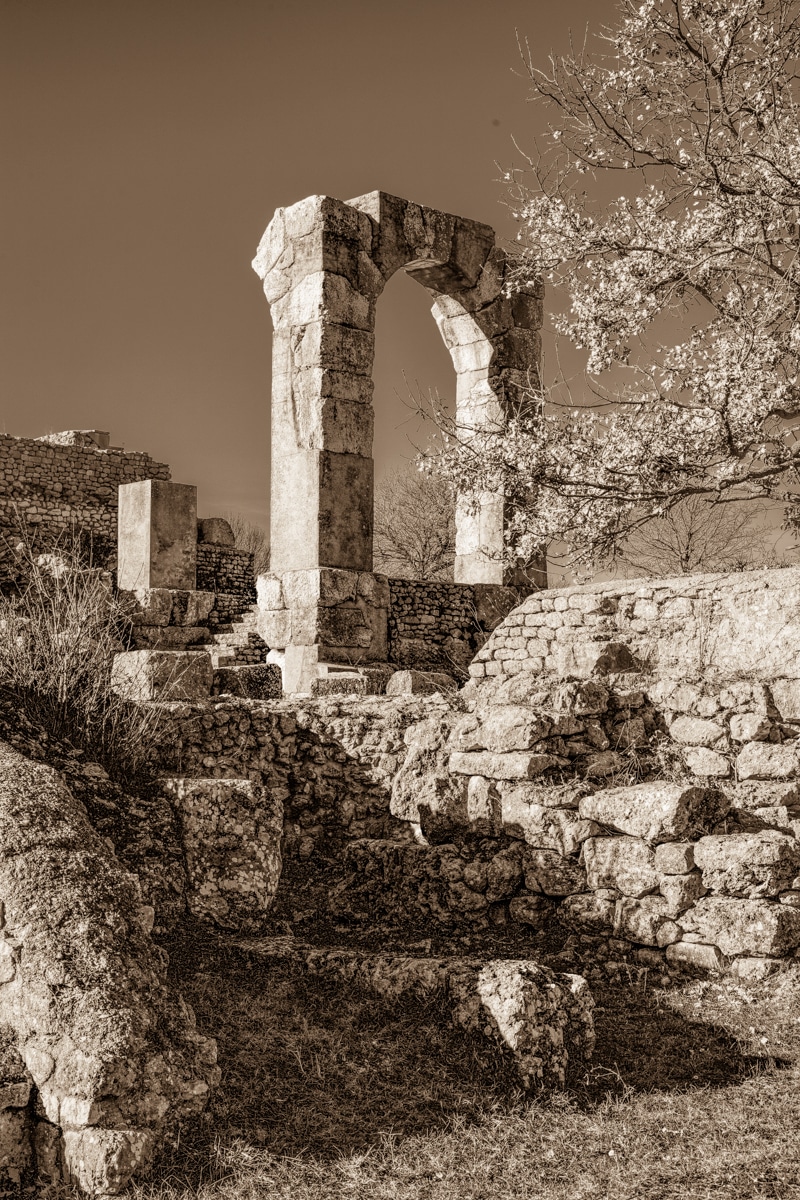 Carsulae is a well-preserved Roman city located in the Umbria countryside. It grew up as a way station on a previously unoccupied site shortly after the Via Flaminia was built in ca. 220 BC, its location probably influenced by the presence of some natural springs. Surviving Roman documents of Via Flaminia do not mention the existence of Carsulae, but it was included in a list of the places through which Via Flaminia passed in ca. 7 BC.

The timelessness of this place was palpable as we wandered the streets of this long abandoned town. It didn’t take much imagination to visualize entire buildings, people coming and going, businesses selling wares brought from faraway parts of the Roman empire on the Via Flaminia. 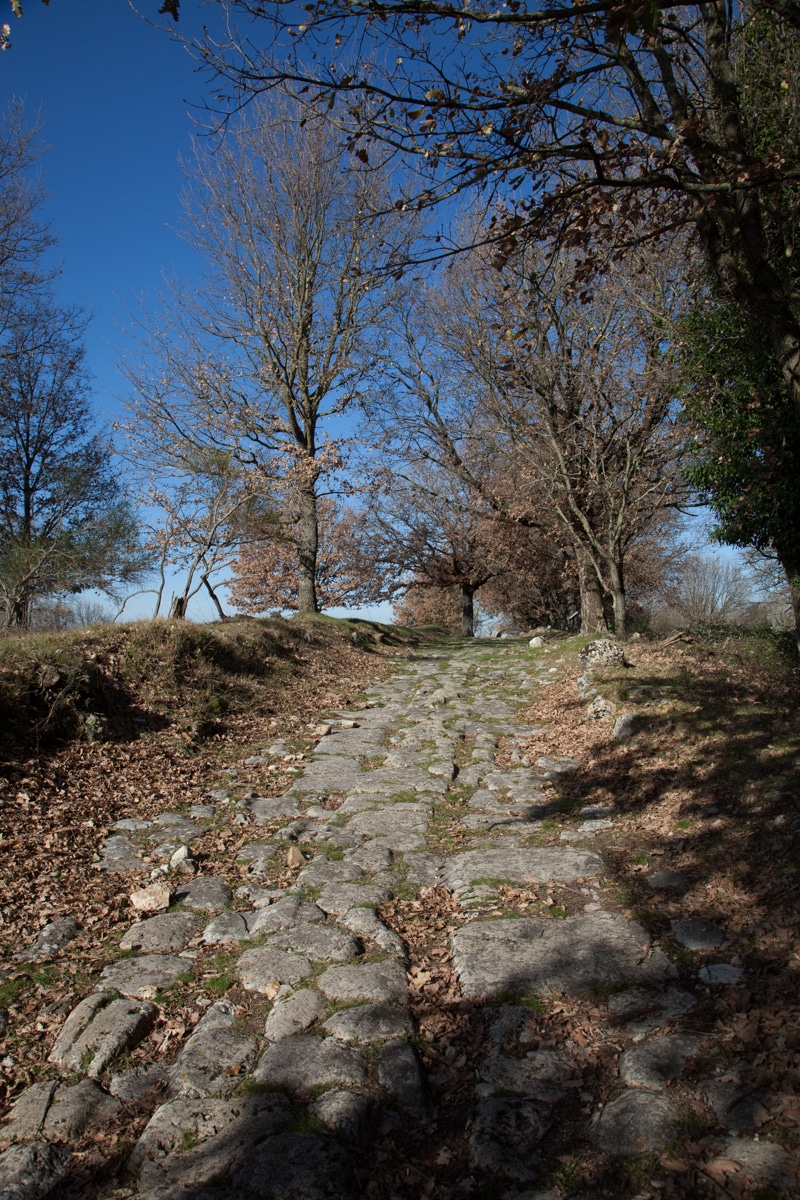 Even with much still to be excavated the main buildings and monuments outline what must have been a thriving community. Carsulae is a good example of Roman city planning, with many of the features of a Roman provincial city clearly visible. The theatre and amphitheater exemplify a population with needs for culture and entertainment. The forum, basilica, ceremonial city gate, and paved and guttered streets are all well-preserved. Importantly, there are no modern buildings in the area to disturb the views of the ruins; only the Chiesa di San Damiano which itself was built in early-Christian times on the remains of a Roman building whose original purpose is unknown.

Carsulae was abandoned in the middle of the 4th century AD. While other towns and cities on the two branches of the old Roman road still exist, nothing but ruins remains of Carsulae, which was abandoned, and never resettled.

We wandered quietly through area, pausing here and there to ponder the lives of those who had walked these roads so many centuries ago. Sitting on a large stone remnant of a temple, we ate our sandwiches and drank water which comes from local springs. Who knows what the ghosts of those residents of long ago would think of us with our plastic bottles, Baggies, and cell phones.