Hotel breakfasts are not generally satisfying, but when shared with friends, they are always better. So it was in Brussels. We tentatively planned our 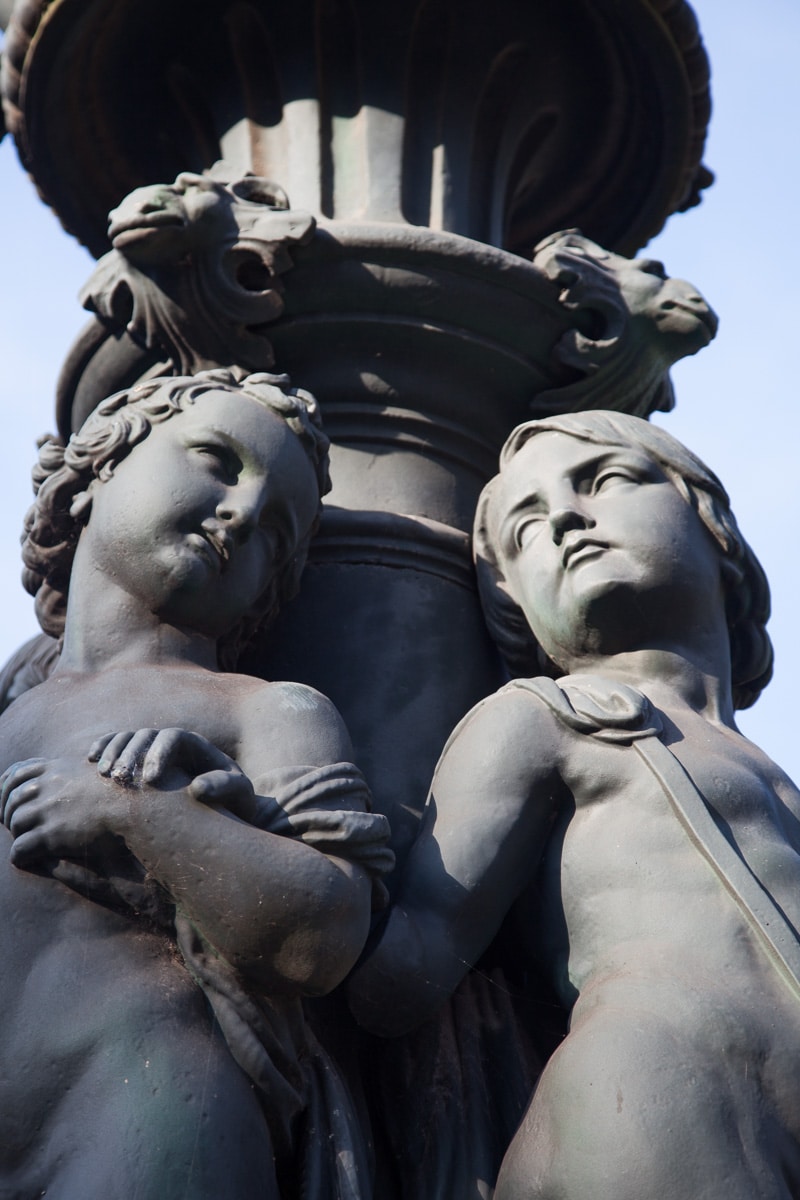 tour of Brussels with Niels and Jette over breakfast, and shortly after began the day’s exploration.

Following the route that Jeannie and I took the day before, we revisited the Cathedral of St. Michael and St. Gudula, now bathed in morning light, then returned to the Grote Markt, which was already filled with people. Wandering further we took in so many sights that are impossible to remember except through photos. All along our way, the four of us were conversing continually, punctuated by frequent stops for Niels (also an avid photographer) and I to make photographs, or for Jette and Jeannie to admire some jewelry, shoes or chocolates.

After a while, we stopped for coffee and decided to next go to the Horta Museum. Along the way we strolled through parks and neighborhoods, and then took the tram to the Saint-Gilles neighborhood. Coming across a large street flea market/rummage sale, we paused in a small bistro for lunch. Just as we were finishing our meal, a small, 6-man, “neighborhood” brass band passed, enlivening the entire street. 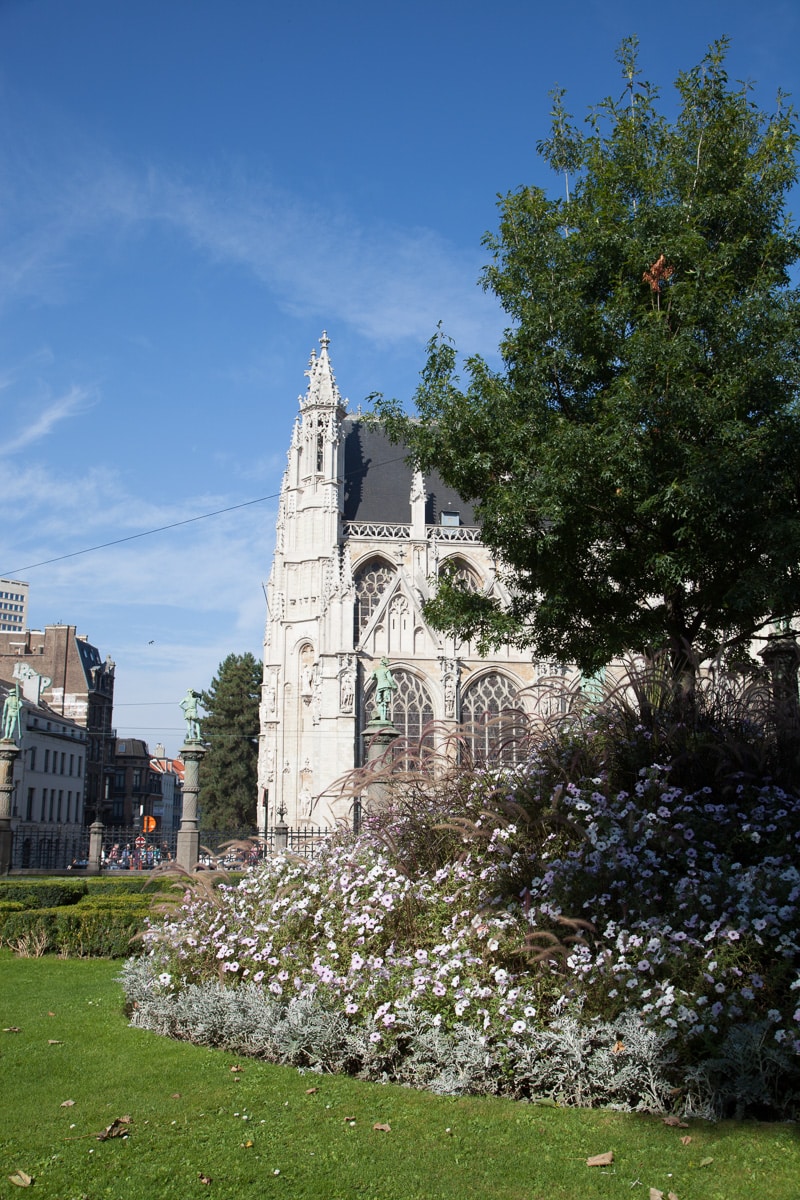 A short meander away we arrived at the Horta House Museum. Maintained in the former home of, and designed and built (1898) by Art Nouveau architect Victor Horta. The building is barely unique on the street lined with Neo-Renaissance and Flemish Gothic residences. However, on closer inspection, the doors and hardware, and the curved wrought iron give a hint of the exquisite beauty that lies within.

Unfortunately, photography is not allowed inside the museum, but everywhere one looks there are shapes and designs inspired by natural forms and structures. The central spiraling staircase seems to float as it rises from one floor to the next, with gracefully carved wood blending with beautifully curved iron. Everything from lamps and furniture to the door hinges and floor tiles flow gracefully and organically. The workmanship and elegance was amazing. (click here to visit a Google image search page of the interior).

Leaving the Horta Museum, the time indicated that we should begin to head back to the hotel and get cleaned up for dinner. Besides, we had already accumulated more than six miles (10 km), and our feet were tired.

We searched out a small restaurant where Niels and Jette had dined once on a previous visit to Brussels, and it turned out to be just as good as they had remembered it. After a wonderful meal of fish and vegetables, we finished it off with a delicious dessert of Belgian waffles.

Once again returning to our hotel, we all retired to our rooms, satisfied after a full meal and a good day’s exploration with friends.

The next day, Sunday, began slowly, but since Niels and Jette were departing in the afternoon, they decided it would be best to store their luggage in the train station, in advance of leaving for the airport. Jeannie and I also packed our things, as we were moving to our apartment for a few more days in Belgium, and stored them in the hotel’s luggage room. 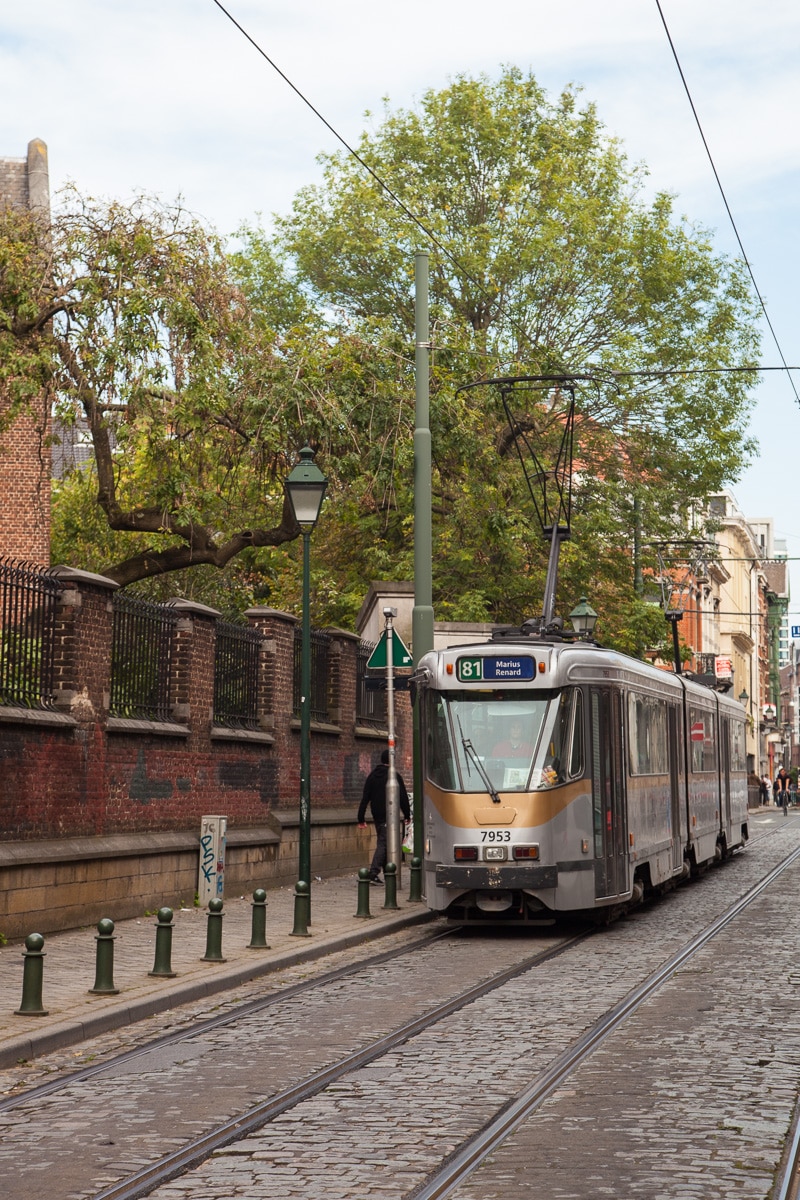 separate museums, the Museum of the Old Masters, the Modern Museum, the fin-de-siécle Museum, and the René Magritte Museum. We chose to go to the Museum of the Old Masters, a grand collection of paintings and sculpture mostly by Flemish artists, but many others as well, of the 15th to the 18th centuries. Among the many artists represented were Memling, Bosch, Breugal, Rubens, Van Dyck.

So many of the great pieces of art that I have only seen in books were now in front of me. As on so many other occasions and in so many other places, they come alive in person, they become tangible, you can see the brush strokes, you can see the layers of paint and how they are built up to create texture and detail. The ability to look closely then stand back and see the images become real persons or scenes is not something you can get from a photo.

The temporal aspects of visiting such a large collection, whether in Brussels, or the Louvre, or any of the great museums of the world we have visited, is also intriguing. Watching art progress through the various eras and styles is fascinating, especially the changes that occurred during the renaissance. The development of depth and perspective during that time truly allowed the subjects to come alive. As a photographer, I find myself studying the lighting and shadows, and seeing how the artists would draw one’s eye about the painting by using light, contrast, and color.

Having our friends with us provided additional points of view to discuss the various pieces of art around us. And later at lunch we continued our conversations. It was a pleasure sharing their company, yet they had to return to Denmark, and we needed to move to the apartment we would have for the next five days.