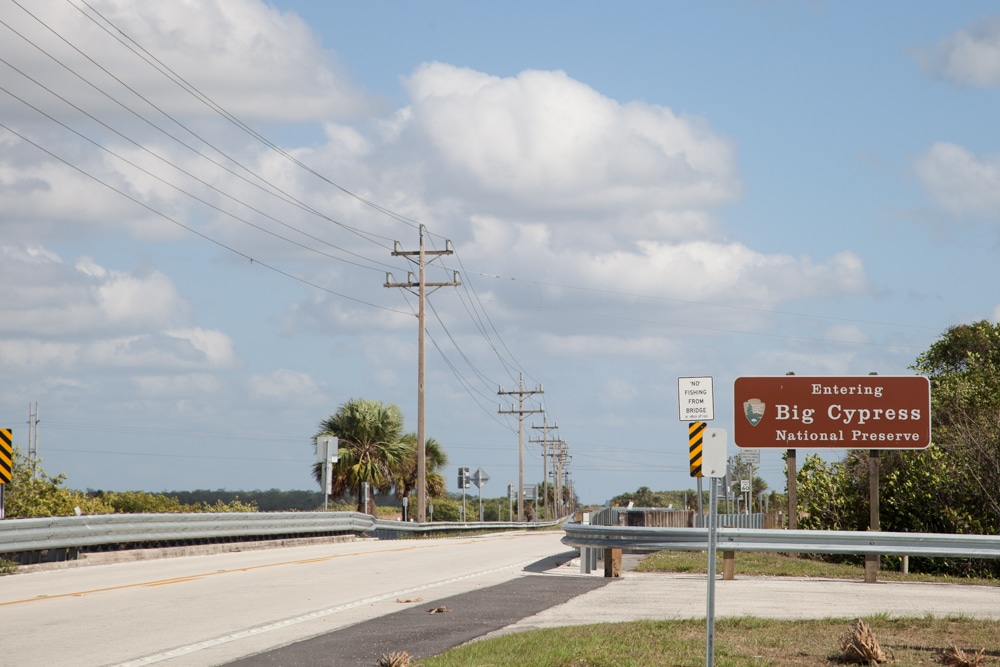 As a photographer, I have admired Clyde Butcher’s work for many years. His dedication to the craft is legendary. Hauling his large format view camera, tripod, and associated necessary gear into the depths of the wild requires a herculean effort. He often carries 100 lbs of equipment deep into the swamps where he captures his black and white images on film and creates incredibly detailed photographs of massive size. He is often referred to as a modern day Ansel Adams. 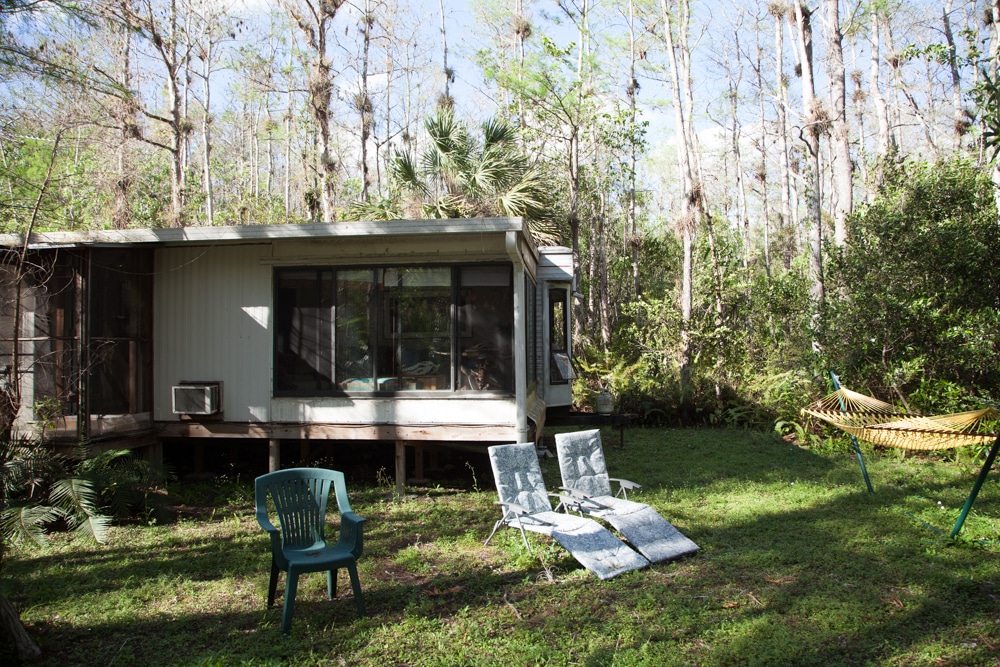 Mr. Butcher’s Big Cypress Gallery is about as deep into the Everglades as you can get. Behind the gallery, however there are the Swamp Cottage and the Bungalow available for rent. We opted for the Bungalow, and chose early March for the weather. The really fun part of the adventure was signing up for the guided swamp walk. The staff and the guides at the gallery were a great bunch of friendly and dedicated folk. It was especially nice to be staying there for several nights and getting to know some of them. They made the experience exceptional. 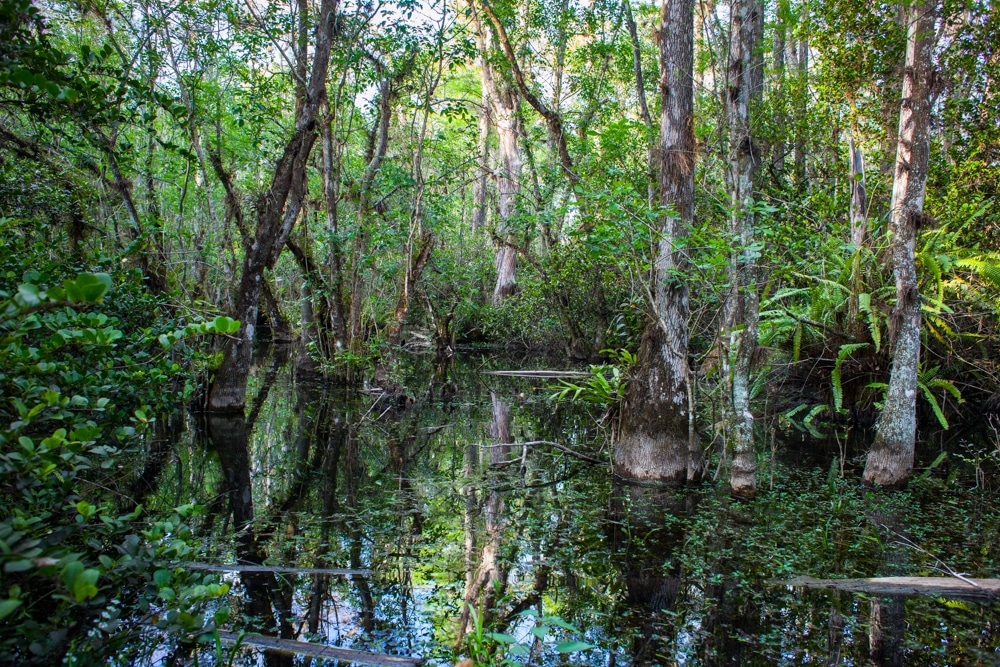 On the walk we waded into a place filled with vibrant colors and mysterious sounds. The cool clear water was mid-calf to mid-thigh, and rarely a bit deeper in a few spots. The richly diverse wilderness was filled with endangered orchids, rare ferns, threatened bromeliads, native birds and a host of swamp creatures. None of the participants, young or old, was disappointed with the adventure. After the first steps into the swamp, exhilaration took over and the primal wonder of the place replaced any anxiety that anyone may have felt. It was so much fun, and after that first step, any fears were gone. 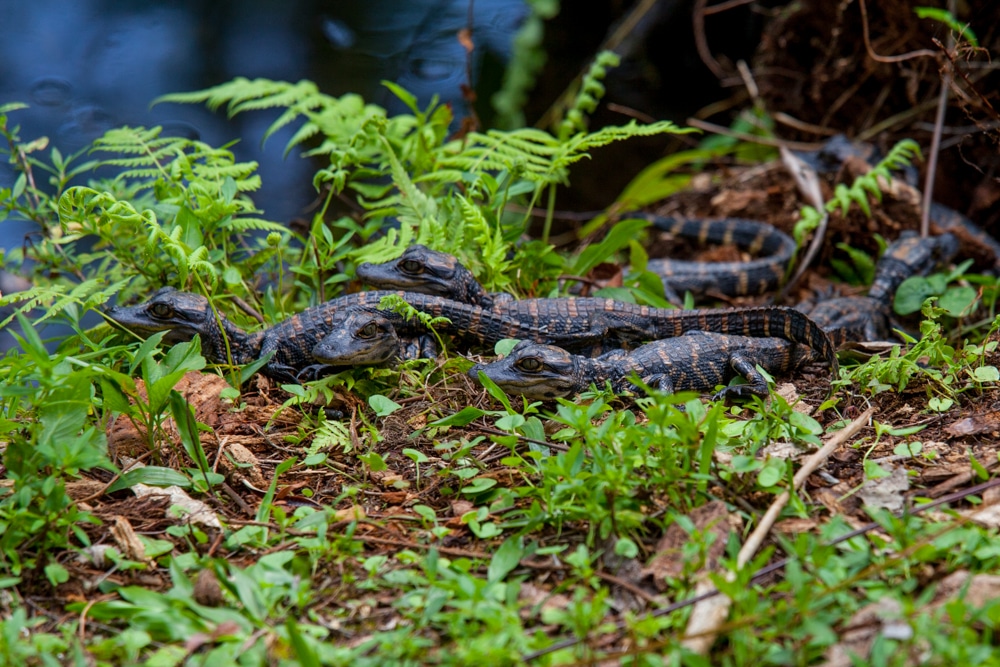 We spent the remainder of the day in the Everglades driving some back roads and hiking the few dry trails we could find. There are several boardwalks that go for short distances into the swamps, but while nice, they seem designed more for tourists. After all is said and done, if you want to hike in the Everglades plan on having to get your feet (and more) wet.

Since our accommodations were over 50 miles from the nearest grocery, we had brought simple meals with us that traveled well and required little work. So when we saw a sign for the 64th Annual Everglades Conservation and Sportsmen’s Club Wild Hog BBQ, we knew were in for a treat. Though we arrived just as things were winding down, there were plenty of slabs of ribs ready to take away. We got our slab of wild hog ribs and took them back to our bungalow where we hungrily devoured them along with a side of Jeannie’s leftover collard greens and a tumbler of red wine, French of course. 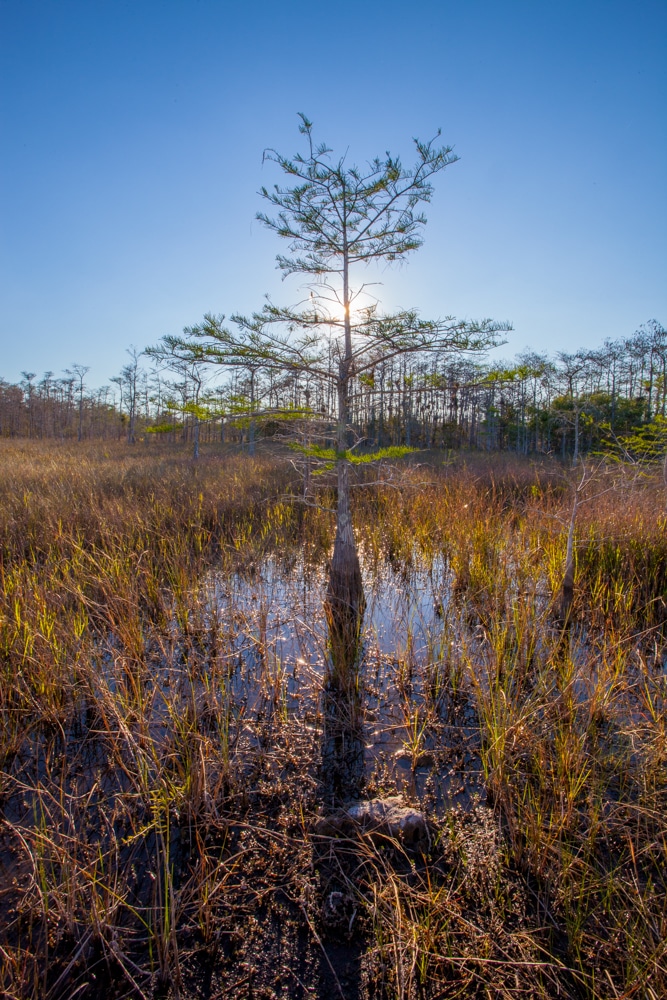 The next day we got out for a few miles on the Florida Trail which was pretty dry though gooey in places. We entered into a pine woods forest that was very similar to all Florida pine woods with the exception of exposed limestone that often paves the trail and underlies almost all of the Everglades area.

Once we returned, I still had residual energy left (we had already hiked seven miles today). So I decided to go back out into the swamp with my camera to experience the place alone. Though the afternoon sun was sinking fast I knew that I had about two hours before it was dark and no more than an hour’s light remaining for hand-held photography. It was an awesome experience. If the trail hadn’t been marked, I would have had a rough time getting back. The air was moist and cool as a light breeze wove around the cypress, ferns, and bromeliads. Native orchids clinging to the trees held out their small, fragrant flowers to attract pollenators. The only sounds were the small fish striking at the water’s surface or the occasional squawks of ibises or herons foraging in the shallows. Being keenly aware of my footing, my only real concern was stumbling on a submerged root or unseen limestone outcrop and dousing my camera and lenses. I lost my footing once and fortunately recovered quickly, only splashing my camera with a few drops. That night, I was worn out and slept soundly dreaming of more adventures to come, while maybe not in the Everglades but who knows, we like to think we will come back.