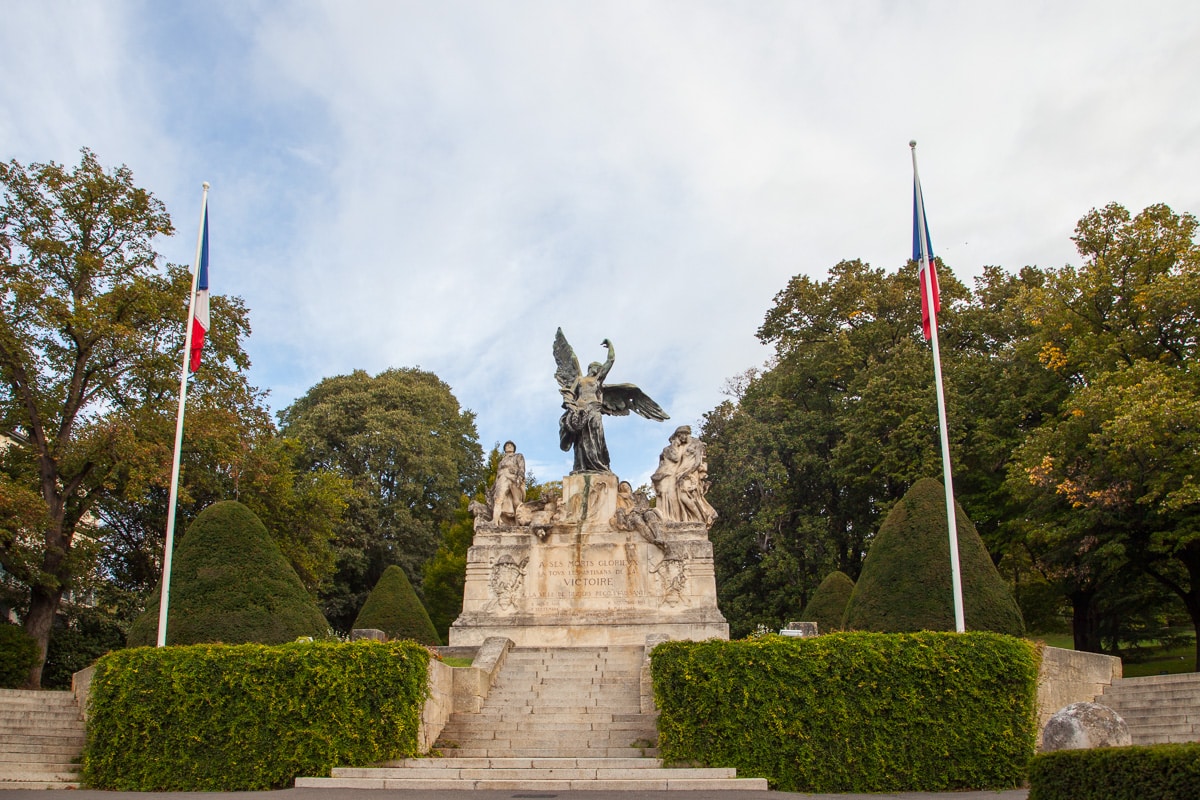 Béziers is one of the oldest cities in France, dating from about 575 B.C. It was old when the Romans arrived. Its location made it a major east-west trade route through the region. Béziers suffered greatly in 1209 during the Albigensian Crusade, in which the Catholic Church exterminated the Cathar religion. The entire population of Béziers was massacred, Cathar and Catholic alike and the town pillaged and burnt. When asked by a Crusader how to tell Catholics from Cathars once they had taken the city, the abbot supposedly replied, Caedite eos. Novit enim Dominus qui sunt eius. (“Kill them. For the Lord knows His own”). Today within the Languedoc region, Béziers is known for two things in particular: wine and bullfighting. 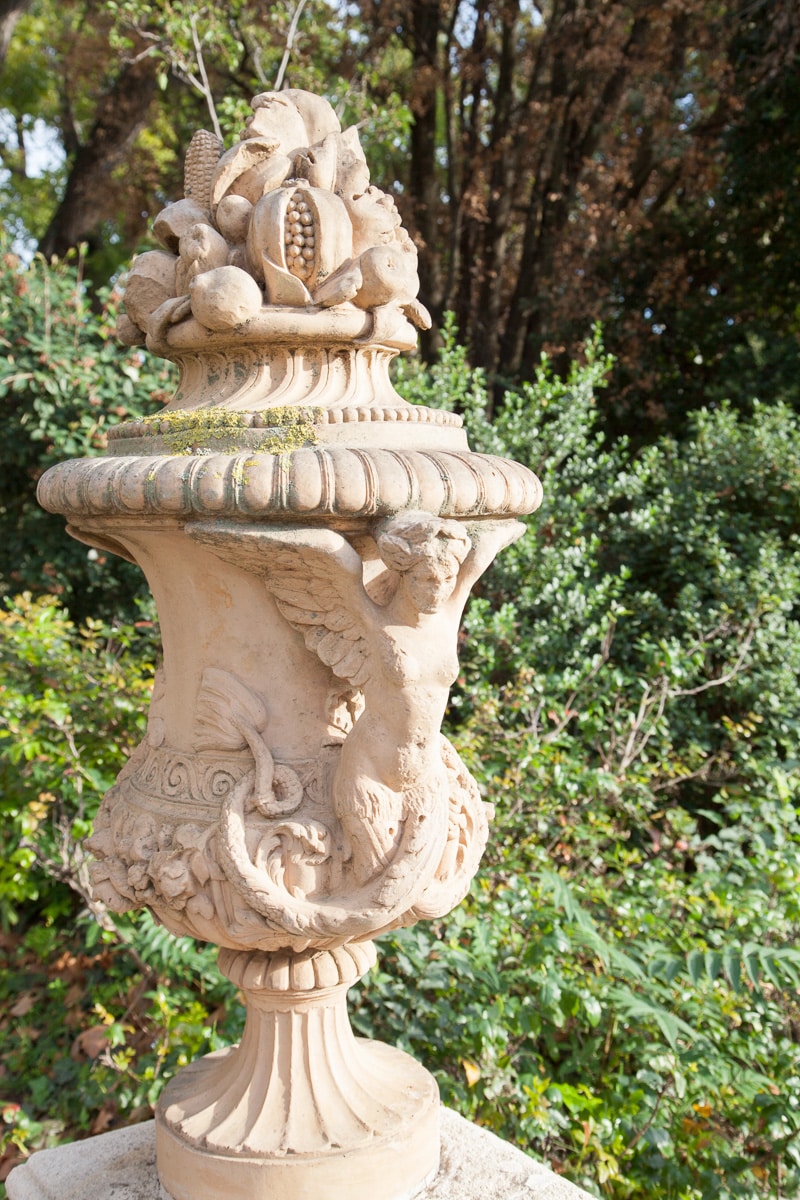 We arrived by train after about an hour from Montpellier. Not really knowing where we were going, we found a sign for the Centre Ville, or the town center, always a good place to start. Across the street from the train station, our visit started in the Plateau des Poètes, a large, beautiful English style garden from the 1860s. Further along, we walked down the tree-lined “Allée Paul Riquet” esplanade where we stopped for coffee and a croissant next to the grand Theatre before exploring further.
The tourist information office provided us with maps of the best walking routes to all of the town’s most important sights. The fact that we were walking, and our limited time here meant that we couldn’t get out to a couple of the more distant sights.
The Cathédrale St-Nazaire is one of the main sights in Béziers. This grand Romanesque cathedral dates from the thirteenth century and is situated on a high bluff, and stands on the site of an earlier building which was destroyed during the Massacre at Béziers in the Albigensian Crusade. From the square in front of the cathedral there are excellent views out over the tiled roofs of the city, the surrounding vineyards and towards the foothills of the Massif Central to the north. 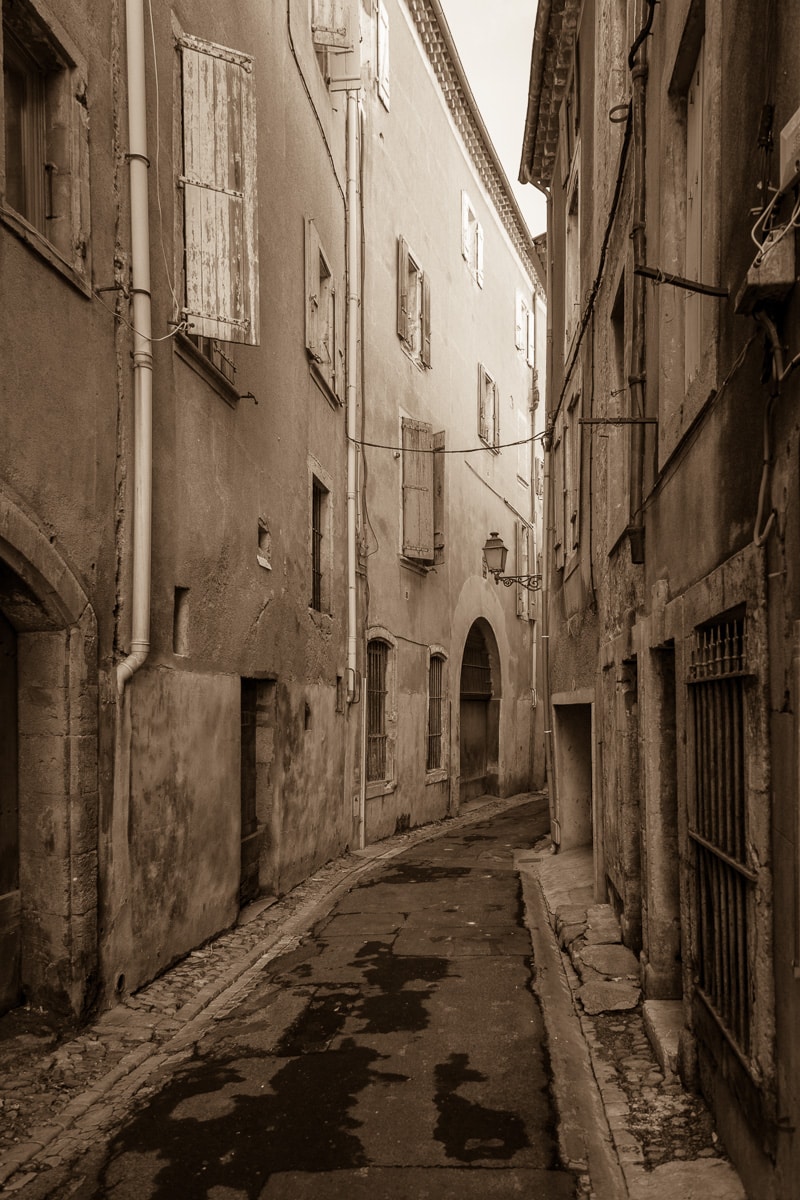 The walking route took us through shopping areas, small neighborhoods, and tiny alleys. We crossed the ancient 12th century bridge Pont Vieux; we passed l’Eglise de la Madeleine, where during the Crusades, thousands who had taken refuge in the church were massacred; and we walked along streets where post-medieval buildings were more entwined with the growing prosperity of the region, which peaked in the 18th and 19th centuries.
The grand Canal du Midi, completed in 1681 during the reign of Louis XIV, is a 241 km (150 mi) long canal joining the Atlantic to the Mediterranean. It was considered at the time to be one of the greatest construction works of the 17th century. The section that passes through Béziers, is especially interesting.
As we walked along the canal, we crossed over the Orb river. The canal originally descended multiple locks in order to cross the river, but problems navigating flat-bottom barges across the swift river called for routing the canal above the river.
About a mile from where the canal crosses the Orb river, we came to the Fonserannes Lock, actually a staircase lock consisting of eight ovoid lock chambers and nine gates, allowing boats to be raised (or lowered) a height of 21.5 m (70 ft), in a distance of 300 m (1000 ft). We were fortunate to watch several pleasure boats lowered through the system.
A plaque on the wall of a building commemorates Thomas Jefferson’s journey on the canal in 1789 to study the project. As the United States Ambassador to France he envisaged the construction of a similar work to link the Potomac River to Lake Erie.
We followed the canal back into town where we wandered the ancient streets some more before realizing how weary we were. We had covered about 12 miles (20km), so we had a quick bite for dinner and made our way back to the train for the comfortable ride home.