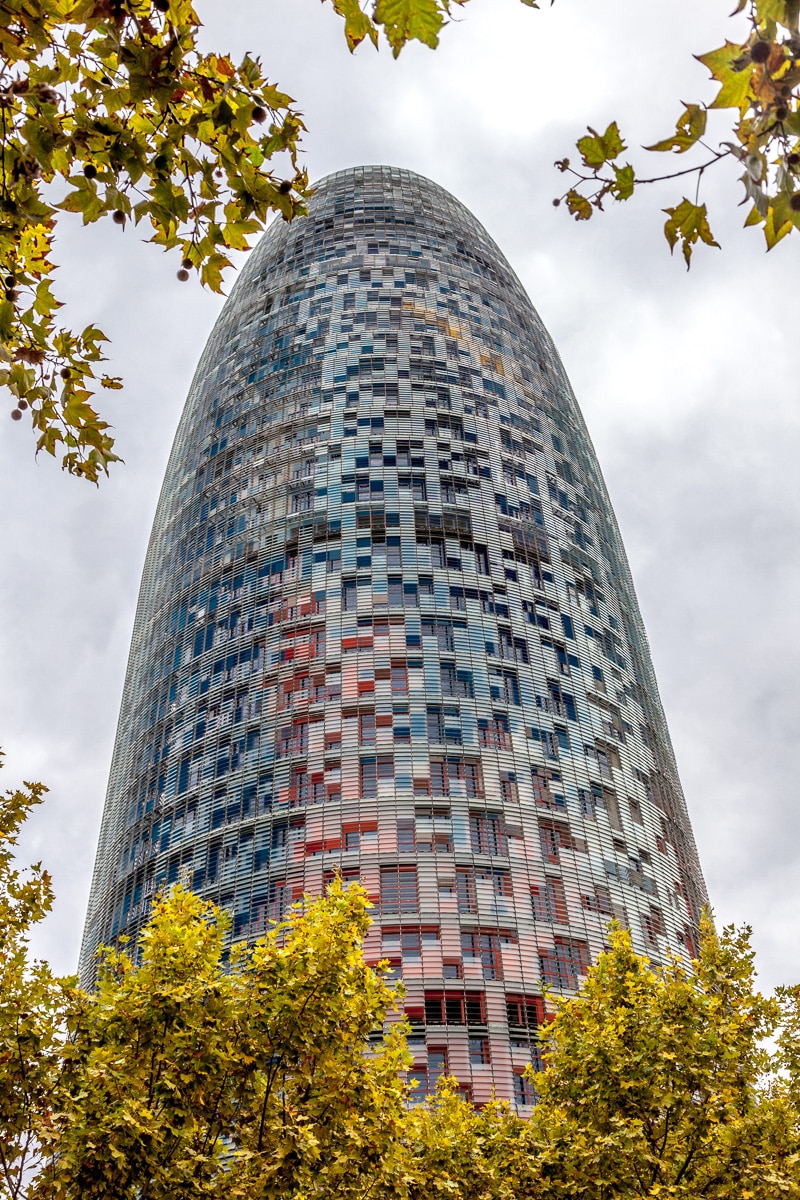 The leaves of the Plane trees (Sycamores) are starting to turn brown and darkness comes noticeably earlier each day. Autumn has begun. Our time in Barcelona is almost over and only a few days before we board a ship for the return to Florida.

Life in Barcelona was a little busier than normal. Early in our stay here, my brother Mike and his wife Kathy came for a delightful visit. We took a “Tapas Tour” with them, and also visited the Sagrada Familia, Parc Guell, and all the places in between. After they left we still had museums and monuments we had wanted to see and many tapas and wines to taste. 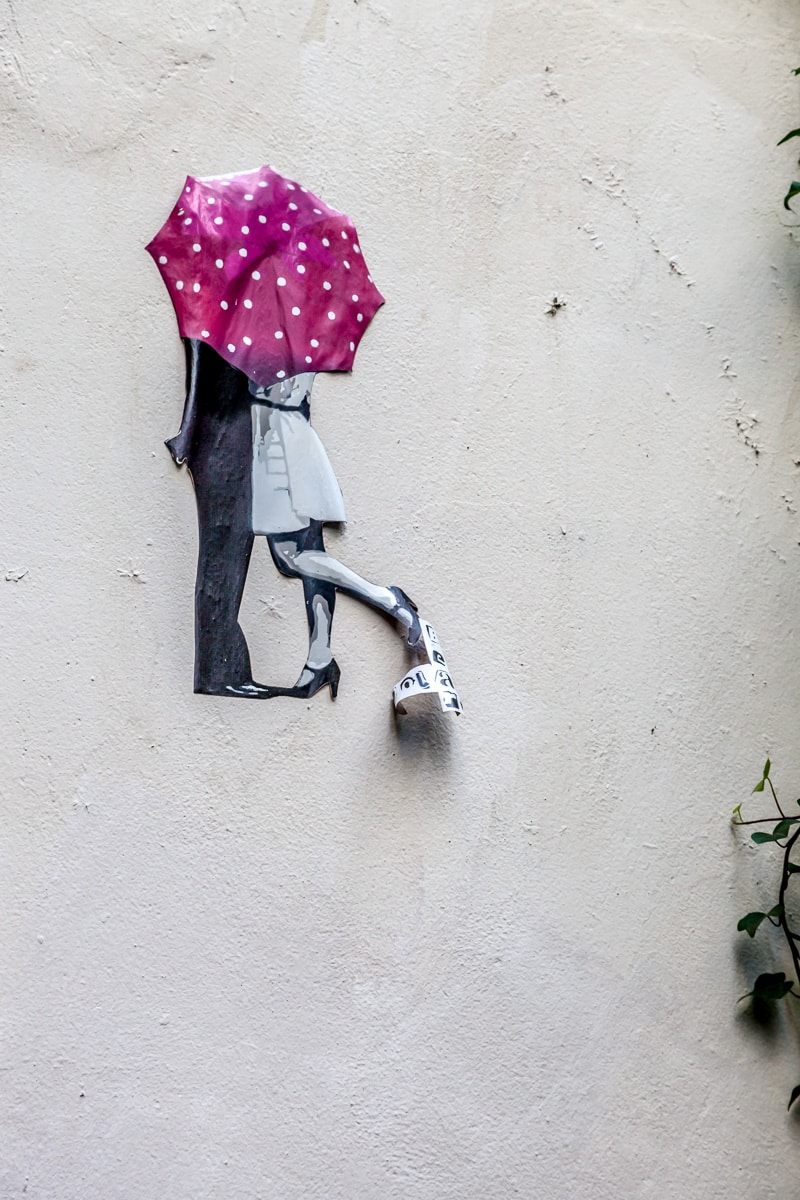 One weekend, we had a special treat. Back during our preliminary visit to Montpellier, France in early 2014 to decide if living there was something we really wanted to do, we took a walking tour of the city.

The tour was good, but the best part was that we met a family from Barcelona. Miquel and Montserrat, were visiting Montpellier with their college-age son, Josep, and daughter Marta. On top of the Porte du Peyrou, the triumphal arch in Montpellier, I offered to take their photo, first with their camera, and then with mine. At the time we shared e-mail addresses and said that if we did get to Barcelona we would get in touch. We did. 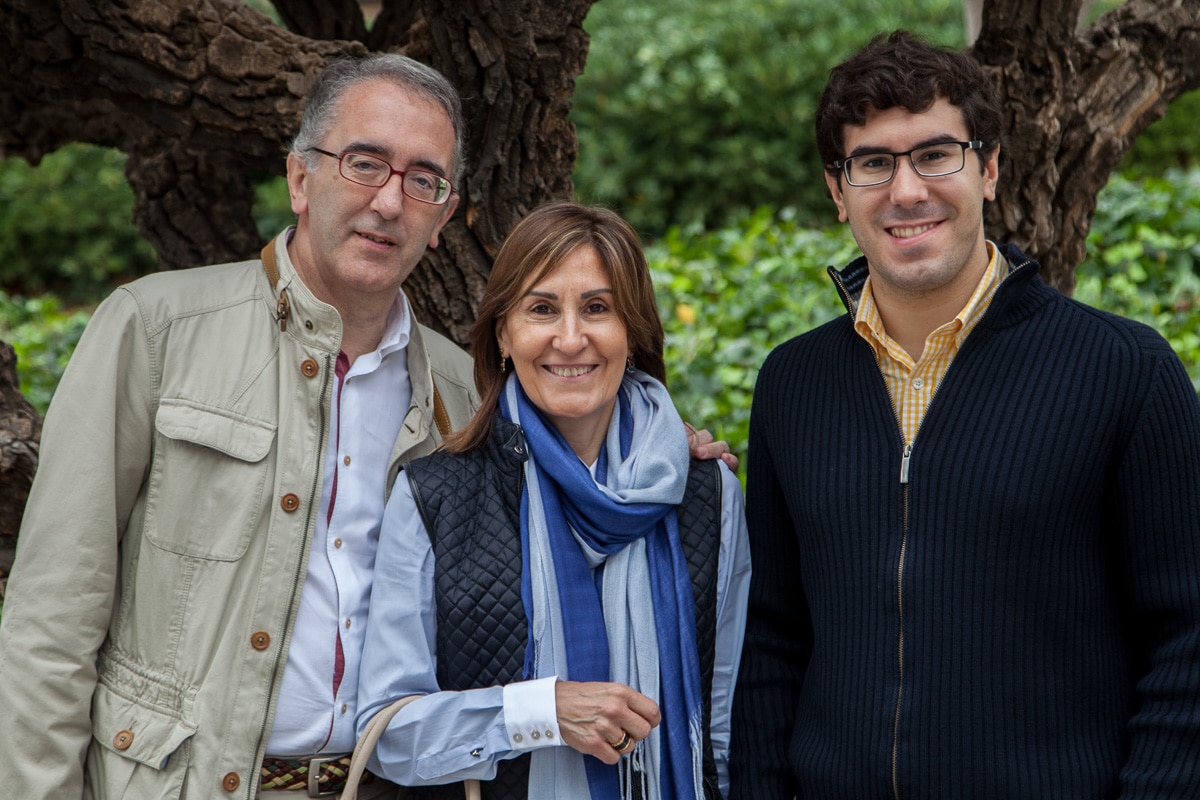 We met Miquel and Montserrat a few blocks from our apartment, and re-introduced ourselves, and Josep drove up shortly after. Marta was unable to join us as she was traveling. We were treated to a wonderful day with, what felt like, old friends.

First we drove to visit one of Barcelona’s many hidden gems, the medieval Reial Monestir de Santa Maria de Pedralbes or the Royal Monastery of Pedralbes. But the cloister, built in the early 14th century, is the architectural highlight of the monastery. 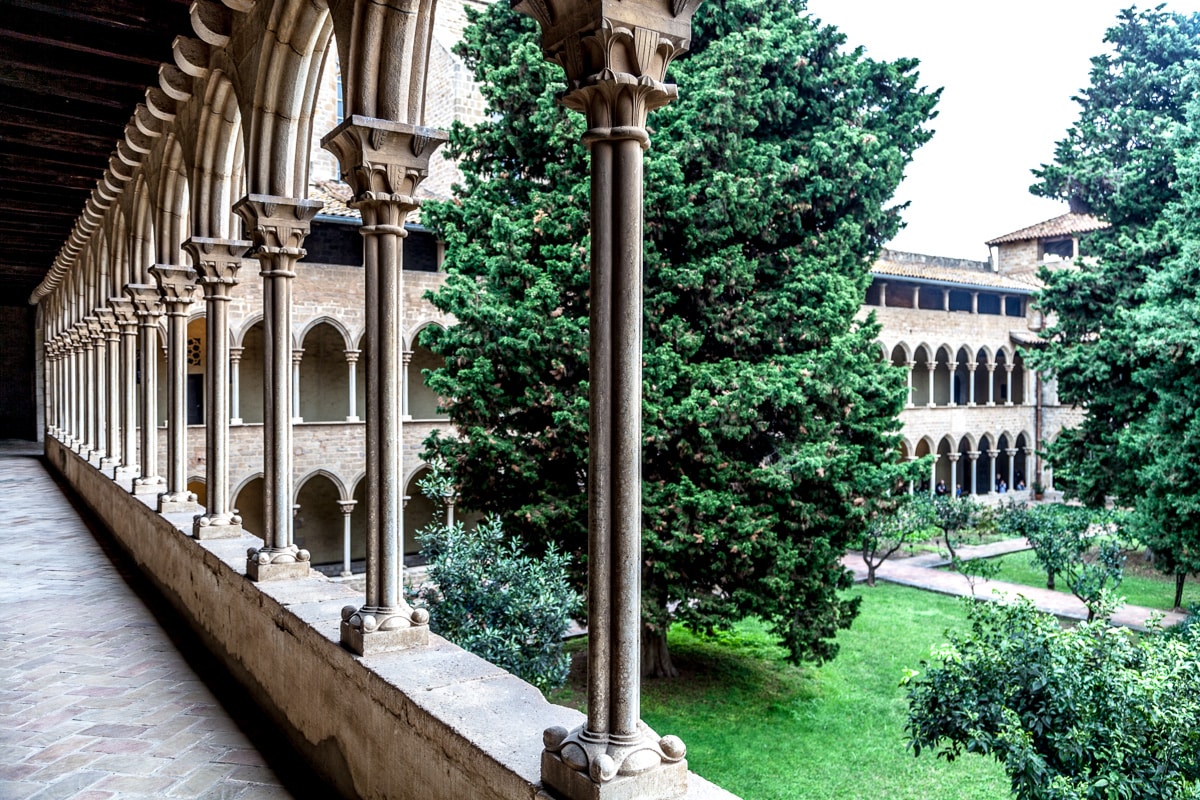 The cloister, the largest in the world, is a three story structure with twenty-six columns on each of the four sides encompassing a spacious and peaceful place. Later we enjoyed a delicious lunch at Segons Mercat. Miquel chose a delicious selection of Catalan dishes, and we ate and talked the afternoon away.

This day represented the essence of what our travels mean to us. People: learning about their culture, sharing experiences, and enjoying life. We were honored that they took the time to share some of their city with us. 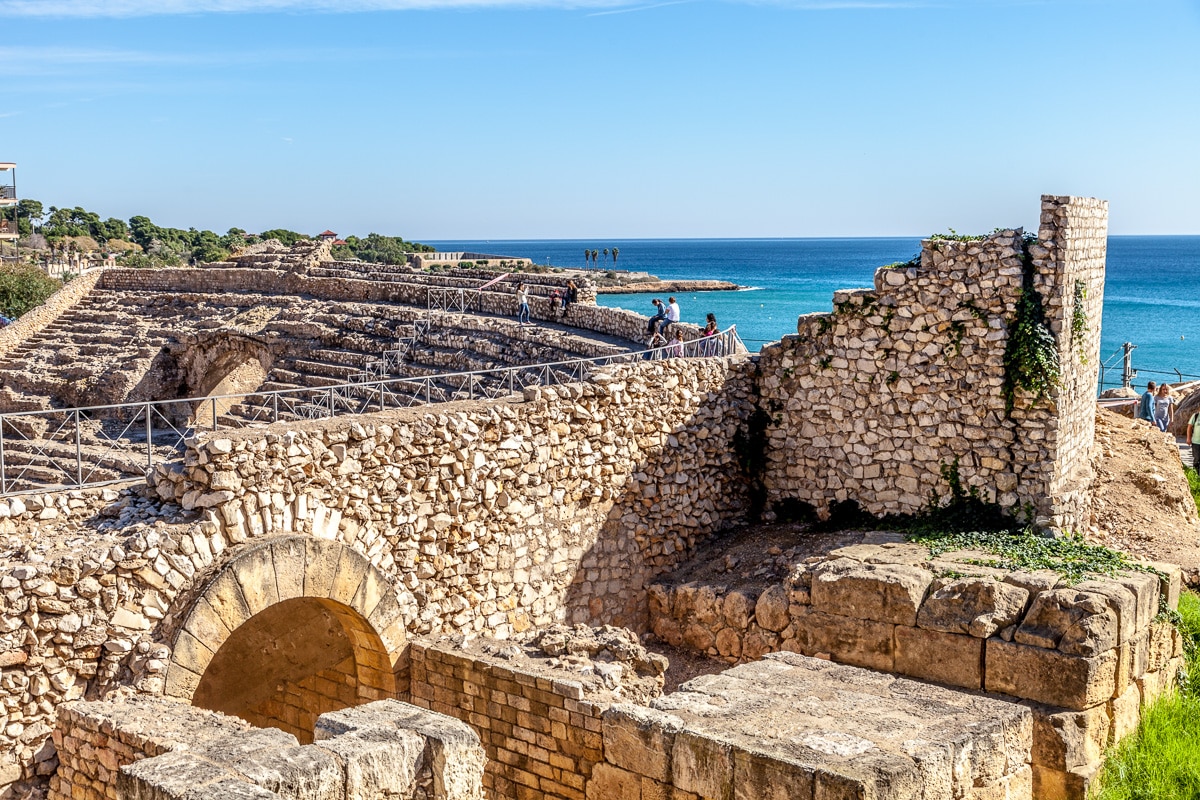 Feeling the need to see a little more of the region, we took the train to visit the seaside town of Tarraco or Tarragona. Though well known for its beaches, we were there primarily for its Roman treasures.

Legend has it that Tarragona dates back well before 2000 BC. During the Roman Era it was one of the principal cities of Hispania. The archaeological site is a UNESCO World Heritage Site. Although there are several structures that pre-date even the Romans, the extent of the Roman ruins is quite spectacular. The most impressive and most beautiful is the amphithéâtre situated on the hillside that slopes down to the blue waters of the Mediterranean in the background. 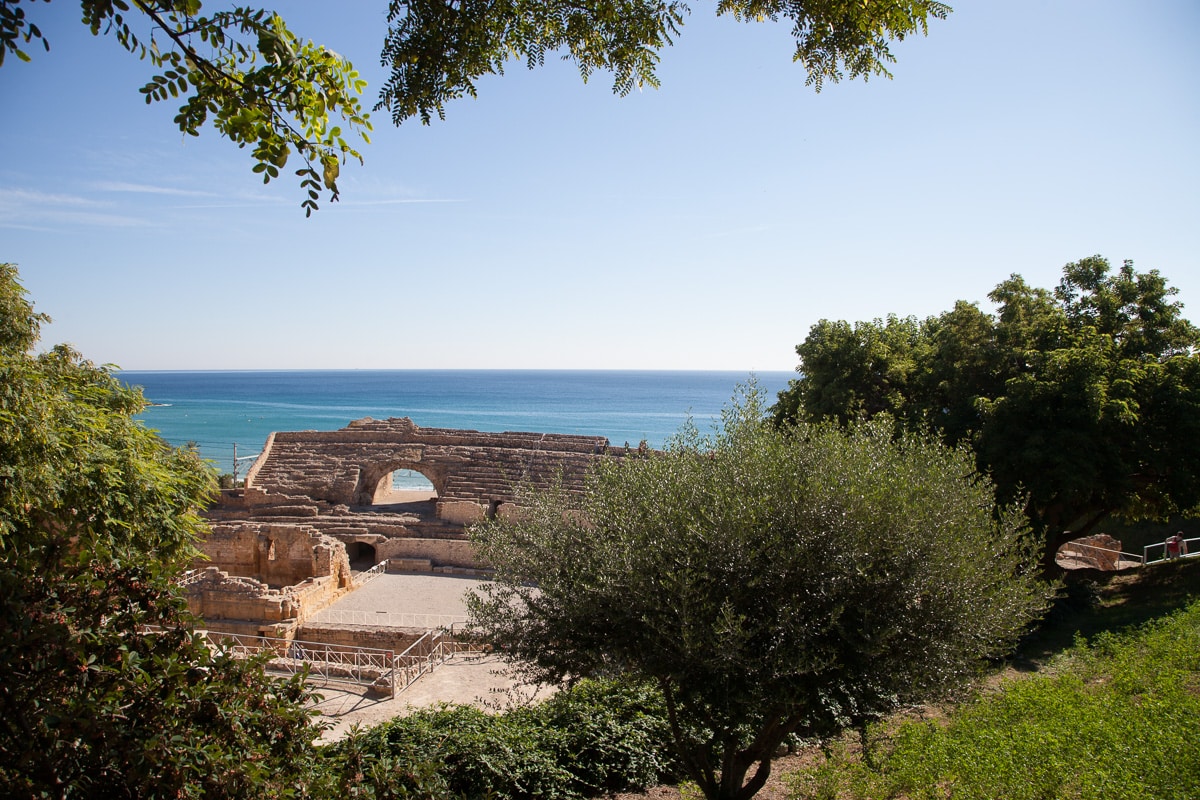 Wandering on through the city there were many ancient sights. Many of the structures were incomplete due to having been robbed of materials to construct newer buildings over the centuries. Still, there was enough present that, along with a little interpretation on signs, the size and scope of the ancient city became more apparent.

It had been a long day and it was time to catch the train for the return home. Besides, we had dinner reservations at bBurger, a small, local gourmet burger bar. With seating for no more 12-15, reservations were essential at this popular place. A couple of  gin-tonics and a delicious burger later we were ready to walk around the corner to our apartment and turn in. 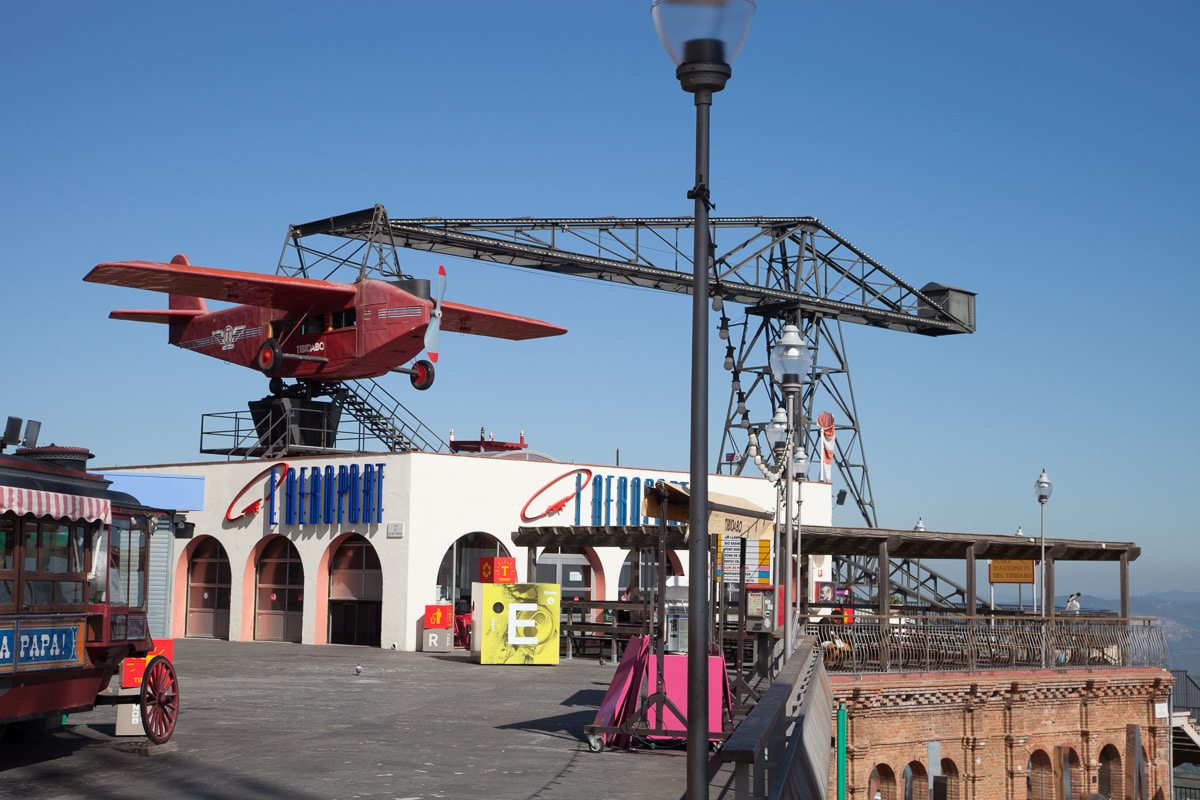 Soon our time in Barcelona will come to an end, and once again, we hadn’t seen everything. Not for a lack of trying, but no matter where you are and for however long you are there you can’t see it all.

But there were a few days left to play, so we found a few special things to do. We had heard of some nice trails that we could take from the top of Tibidabo mountain where both the Sagrat Cor church and adjacent Tibidabo Amusement Park are situated. The summit of this mountain overlooks Barcelona and affords spectacular views over the city and the surrounding coastline. 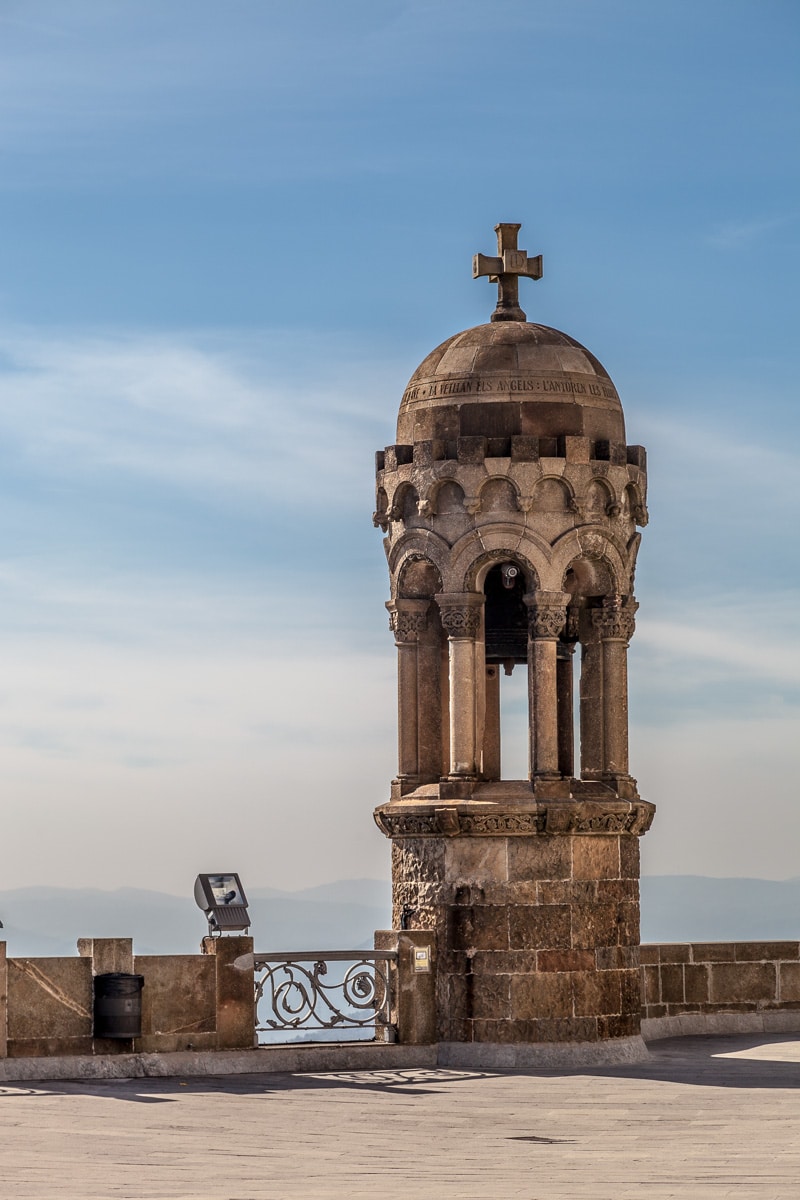 We took the old funicular to the top, had a good look around the amusement park that opened in 1899 and the Sagrat Cor, built between 1903 and 1951.

However, we never were able to find the trails we were told about, so we had to resort to taking the funicular back down. In reality we were somewhat glad as we had already walked much further than we expected. 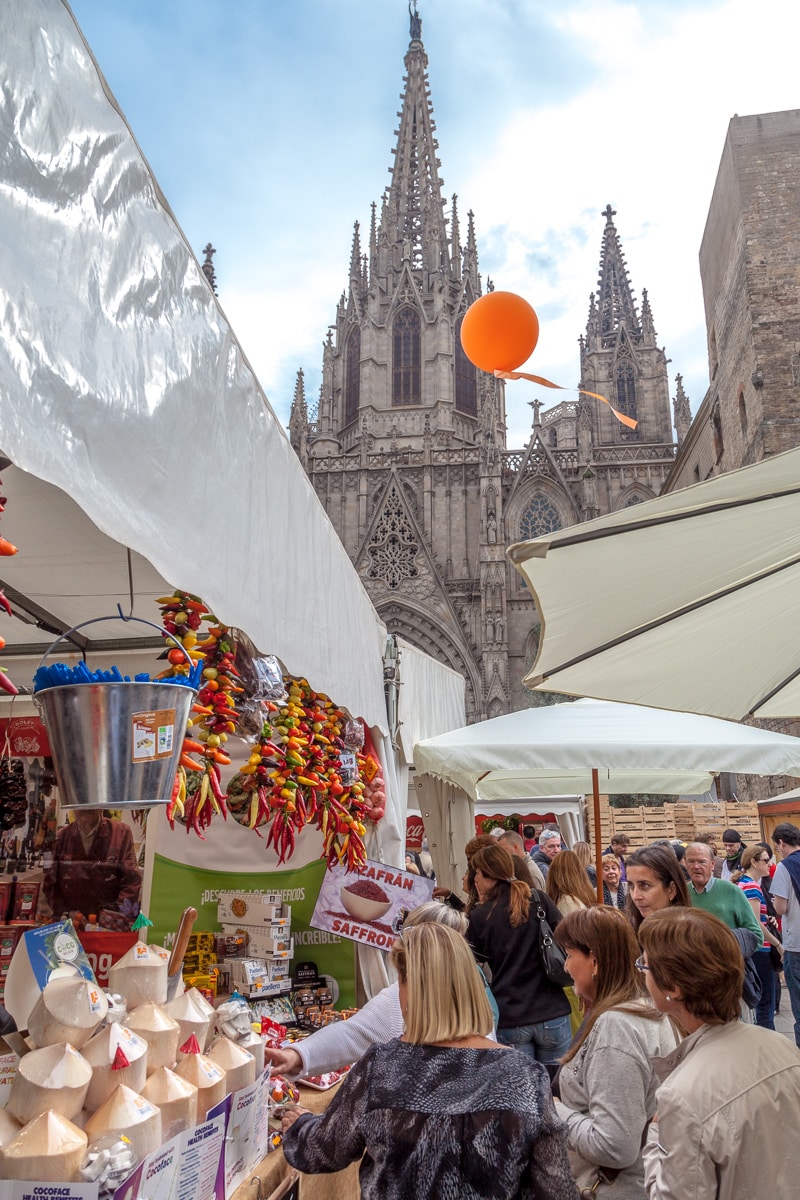 The next day we walked to the center of Barcelona’s gothic quarter on the square in front of the Cathedral for the Mercat de Mercats or Market of Markets. A three day gastronomic festival, the Mercat de Mercats featured local food and cooking, around 30 market stalls, local producers, bars, restaurants and wine cellars take part. Fortunately, we found a way to eat too much and still enjoy the festival. 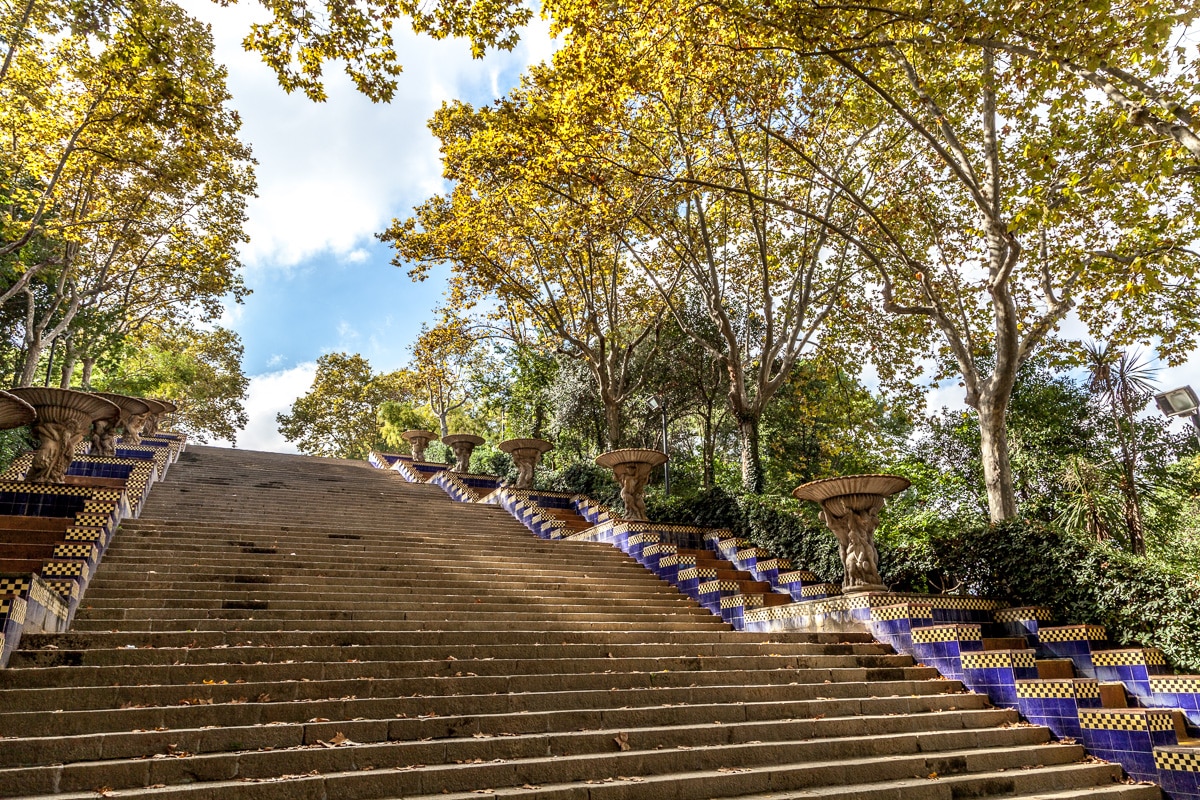 Museums, fortresses, gardens, restaurants, food and drink, over the next few days our time was occupied with visiting new areas of the city. We took our time and embraced the place; we savored the presence of our remaining time here.

Of course, we were also involved with preparing to return to Florida. The upcoming journey would be very different than any we have ever taken.

Click here for enhanced viewing instructions for images below