Taking the train from Madrid to Barcelona used to take just under nine hours. Fortunately today, with ALL our luggage, it only takes about three. The speed display in the car we were in showed a top speed 300 kph (180 mph), but averaged a little less than that.

The terrain in the center of Spain is rather arid and brown, and as we neared the coast there was a change toward more green vegetation and trees. The train first passed through dry, though obviously cultivated agricultural land, then through industrial areas and then large blocks of apartment buildings before entering, what we might call, the city. We had approached from the south, and in doing so, caught a few glimpses of the Mediterranean not very far from our route.

After pulling into the Barcelona Sants station, we grabbed a taxi and made our way to the apartment where we met Joaquin who let us in and provided a tour. Quickly unpacking, we made our way out onto the sidewalk for our first real glimpse at our new neighborhood. 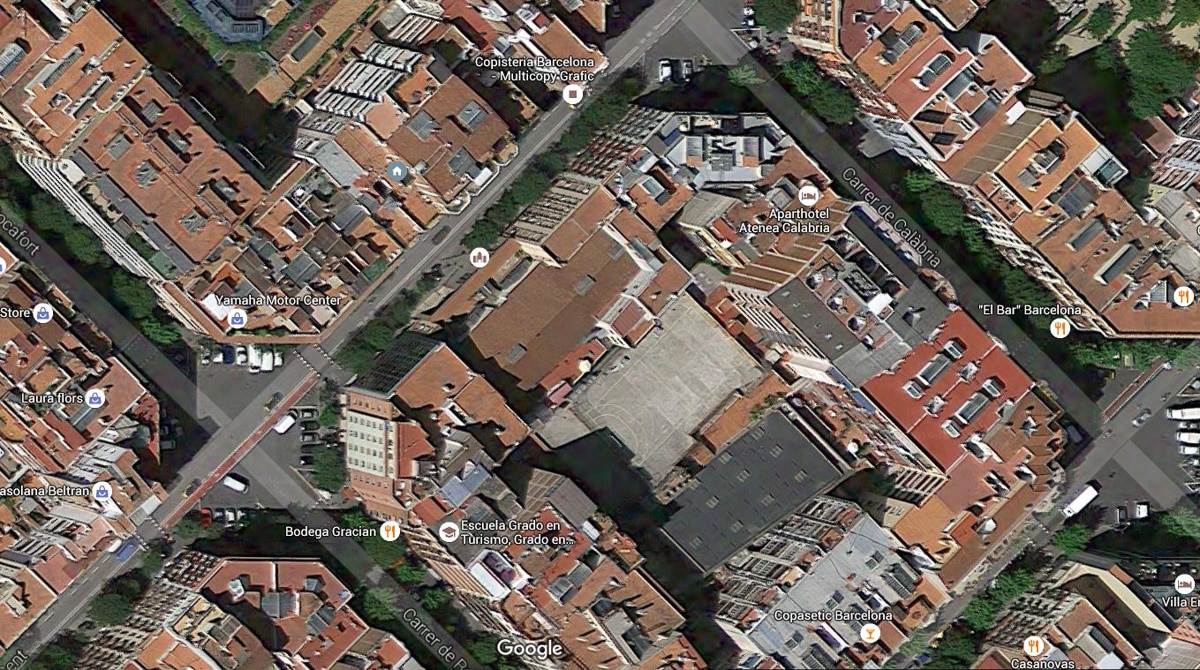 The first thing we noticed as we strolled around our neighborhood, L’Eixample, is that all buildings are truncated at intersections.

L’Eixample is Catalan for ‘extension’, a district that was built in the 19th and early 20th centuries between the old city and what were once surrounding small towns. The design was by Ildefons Cerdà, who considered traffic and transport patterns along with sunlight and ventilation in coming up with his characteristic octagonal blocks. 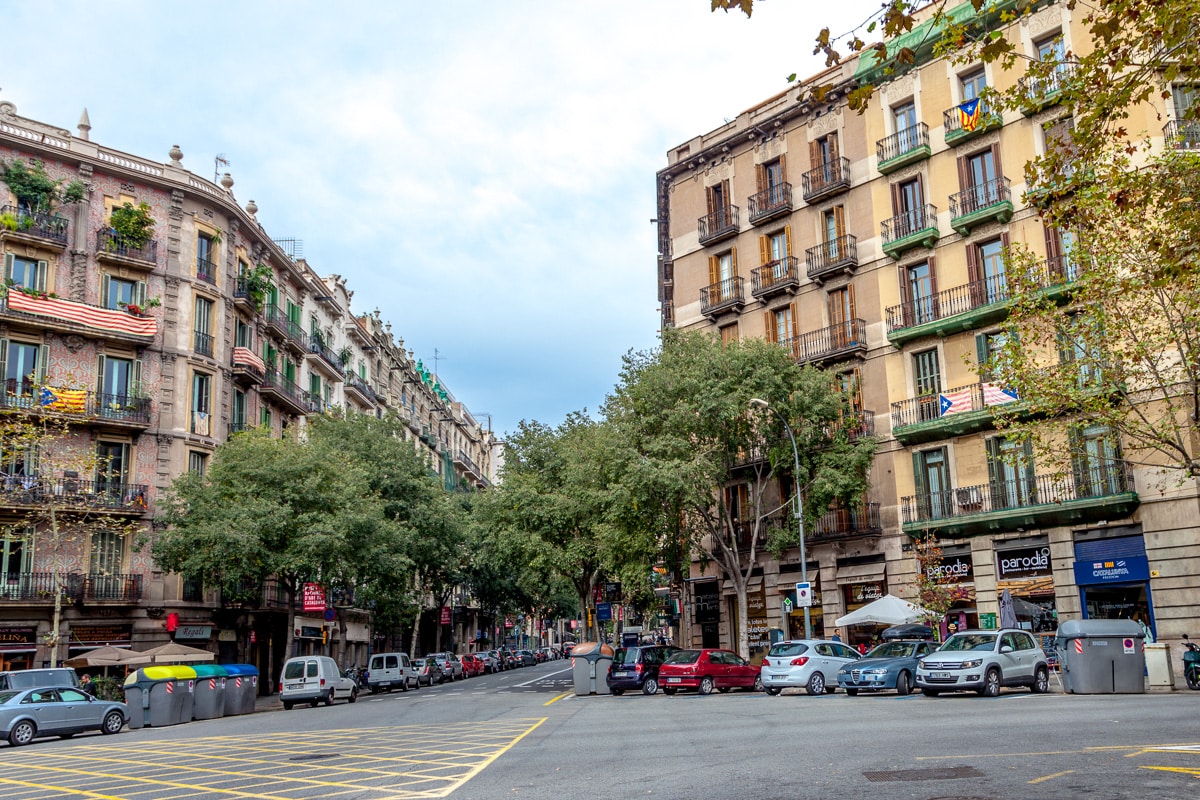 The result is very open and bright intersections. The downside is that in order to navigate a corner, a person walking must make two course changes. This can be disaster for someone, who will remain unnamed, to go from point A to point B some distance away, as it provides greater opportunities for wrong turns. Merely crossing a street can require six separate changes in direction. Fortunately, in our relationship my position as navigator is assured.

Our first errand was to go to the local supermercado (supermarket) to get the necessary items for the kitchen. List in hand, we found the Mercadona just around the corner. It usually takes a bit of time when we first shop in a foreign grocery store. The layout is never what we expect and frequently defies our sense of logic. And often there are items that we have come to expect in a grocery store simply not sold in the grocery stores of other countries. 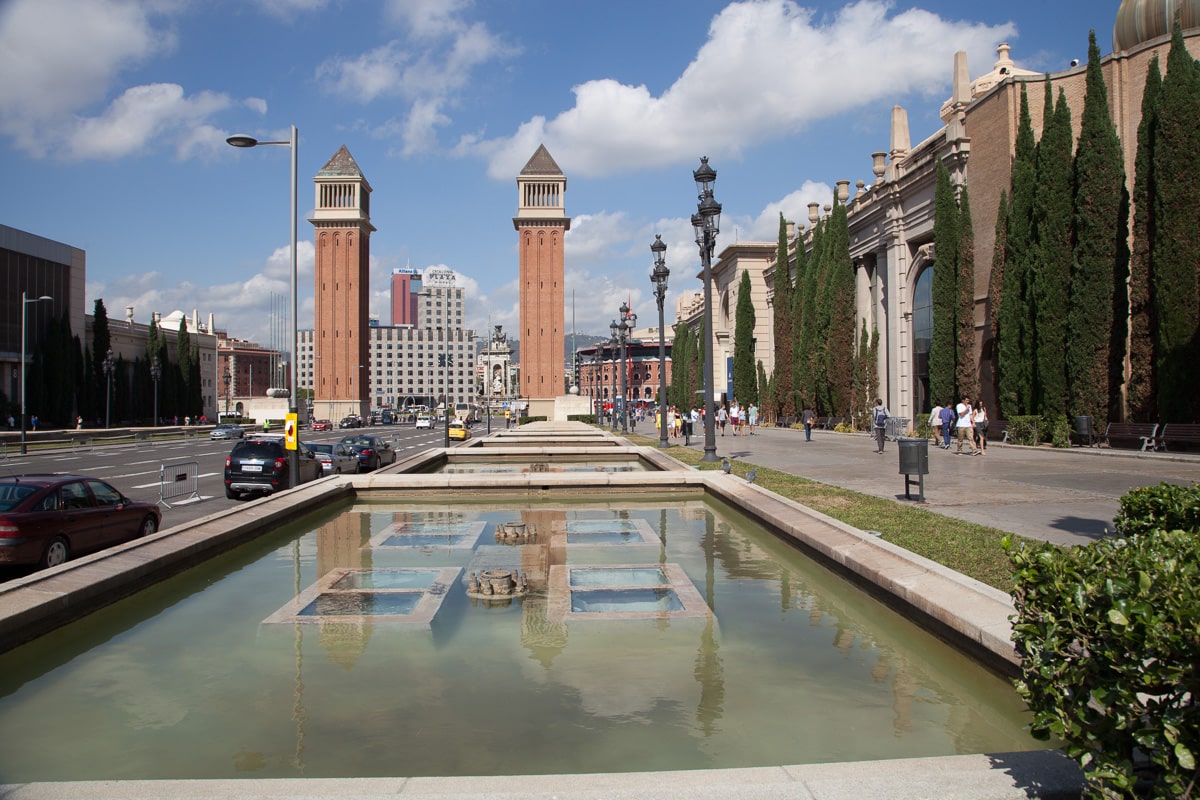 But Barcelona, the second-largest city in Spain, is different in many other ways as well. First and foremost it is in and is the capital of Catalonia.

Catalonia has a distinctly Mediterranean tradition and culture of its own. It is distinguished from most other Spanish regions in several aspects, not the least by its language, Catalonian. While everyone can speak Castilian Spanish, locals speak Catalonian. Signs are in Catalonian and Spanish, and often English as well.

Catalonia’s origins as a nation began in the late 8th-century when Charlemagne defeated the Moors. The area continued to grow and develop its own identity, and became an independent nation in the late 9th Century. Under King Jaume I (1208-1276) Catalonia expanded significantly and prospered until the reign of King Philip V. when the War of the Spanish Succession ended in 1714 with the defeat of several independent states, including Catalonia. 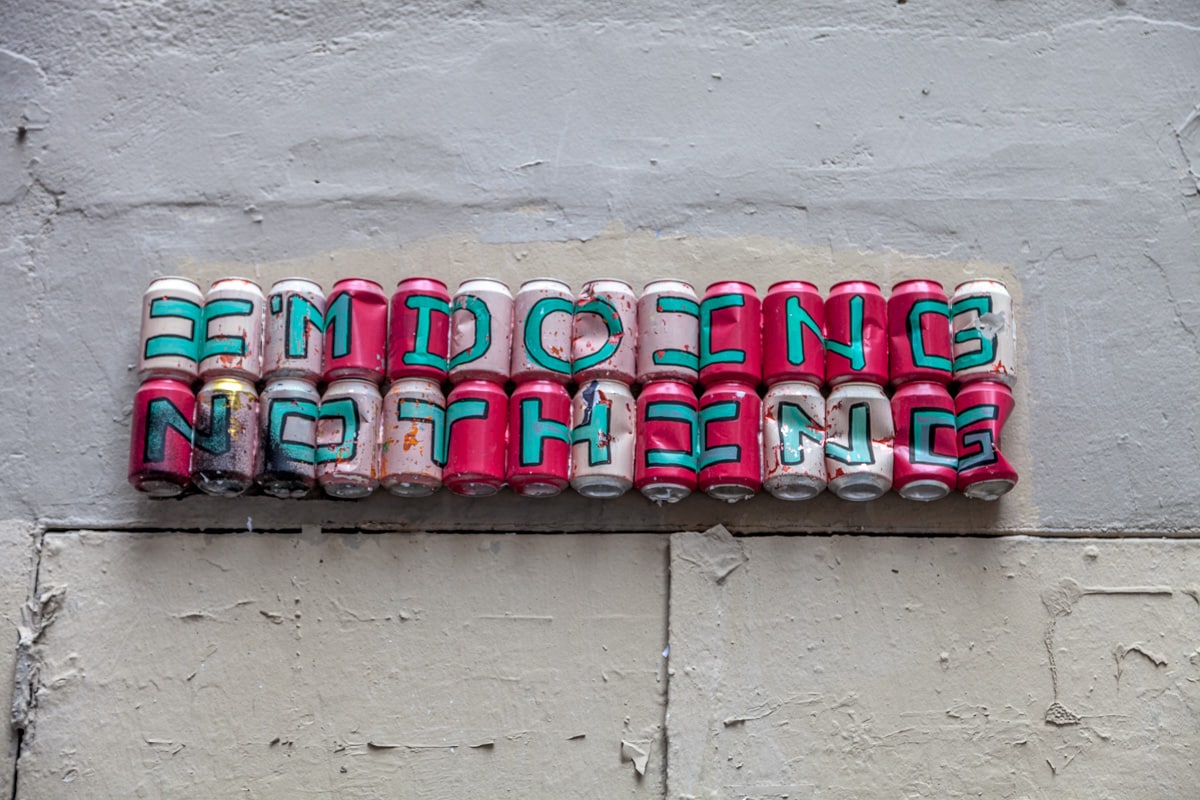 The monarchy forced Catalonia to relinquish its independence and institutions, and attempted to impose Castilian language and customs. The early 20th Century saw a renewed sense of Catalan identity with the creation of the Catalan Commonwealth, and then in 1931 the restoration of the national Catalan government. Fueled by such progress, a campaign for political autonomy and separatism developed, along with efforts to revive Catalan as a language of literature.

The fall of Barcelona to Gen Francisco Franco’s right-wing fascist forces during the Spanish Civil War in 1939, marked the beginning of the end of Catalonia’s resistance to Spain. Under Franco’s dictatorship, autonomy was revoked, and his regime imposed oppressive restrictions all across Spain. In Catalonia, any kind of public activities associated with Catalan nationalism or any form of alternative government, including the publication of books or simple discussion of such concepts in open meetings was harshly banned. 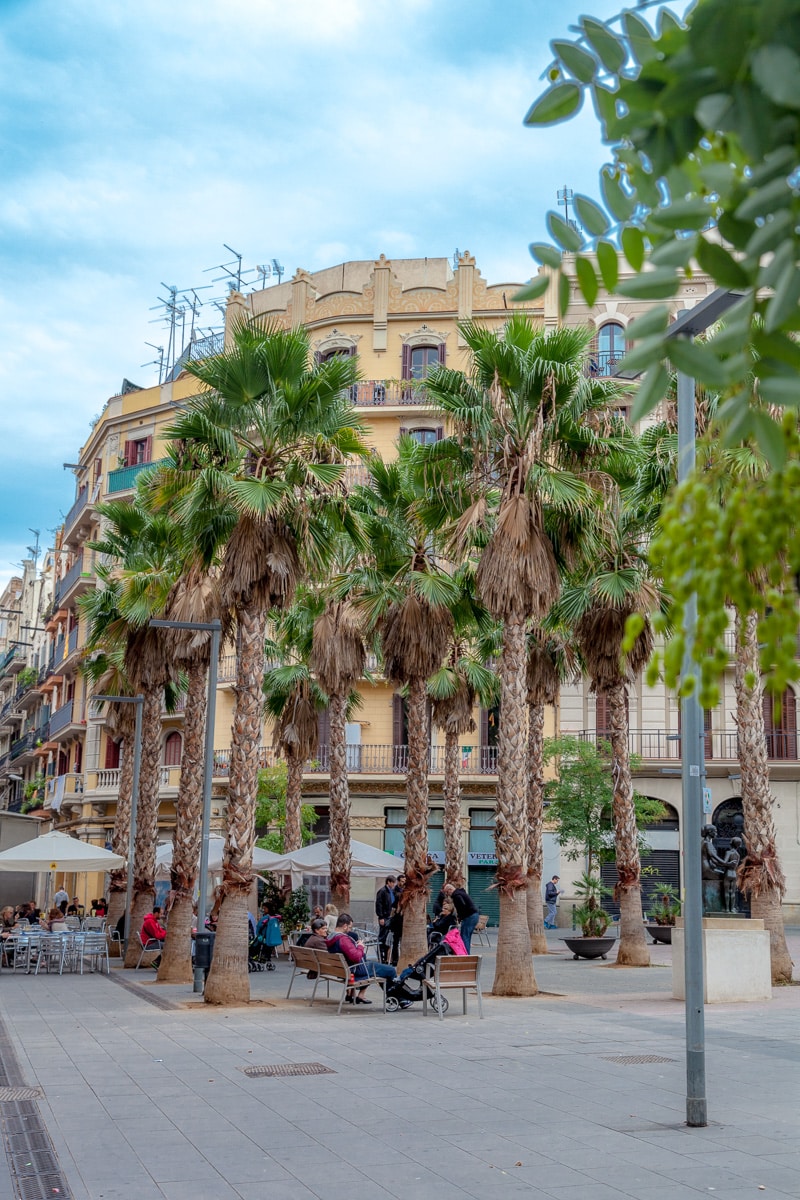 Franco, who was dictator for almost 40 years, died in 1975. Catalonia adopted the democratic Spanish Constitution in 1978, in which Catalonia again regained political and cultural autonomy. In 1986 the united Spain joined the European Union improving its relations with Europe, and later, in 1992 the Olympics were held in Barcelona with great success.

The global economic crisis hit Spain very hard, and increased a desire for Catalan independence, since the Barcelona region, one of the wealthiest regions of Spain, felt that it was supporting the rest of Spain. As a result the call for independence has risen again with great fervor.

A recent ballot in September 2015 resulted in a decisive mandate from a massive turnout of voters in favor of succession from Spain. It is unsure where the initiative will go from there but it does indicate the level of passion for the issue. 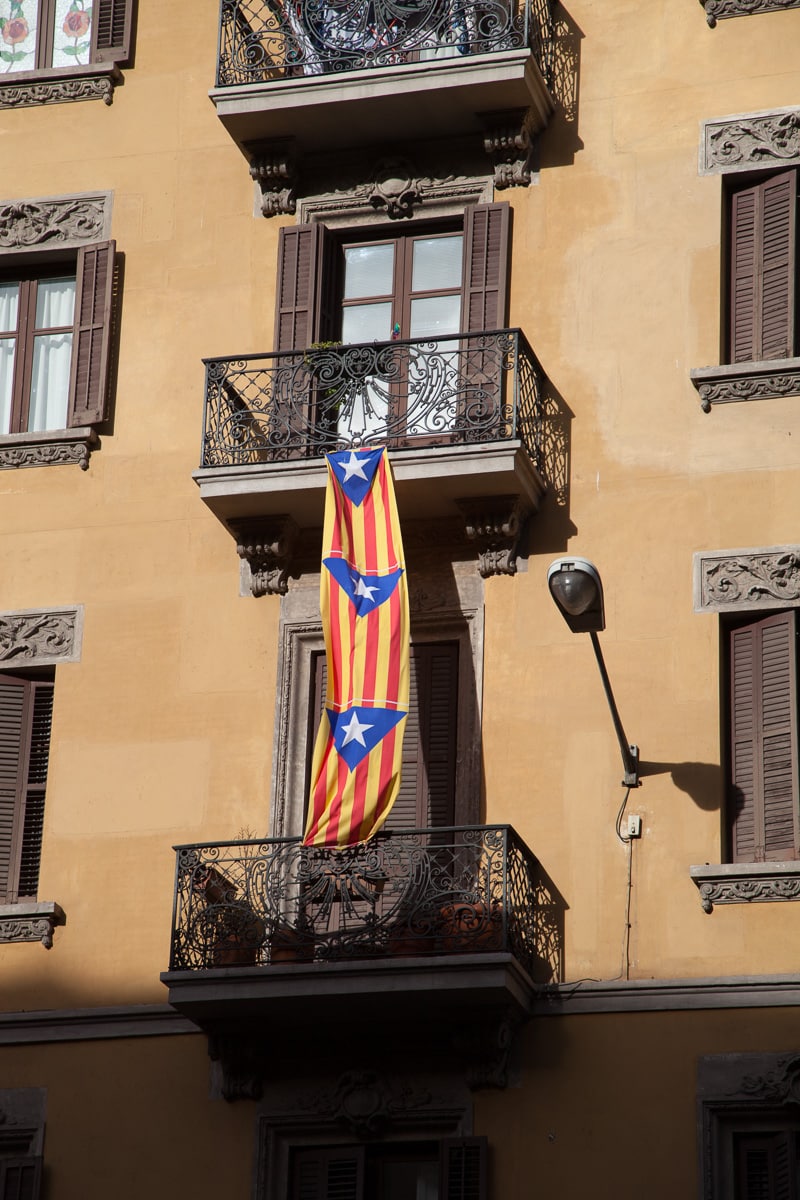 The level of passion of the Catalonian people for independence and their country is also visible in the display of the Senyera, the national flag, as well as the Estelada, the “starred flag” typically flown by Catalan separatists to express support for Catalonian independence. They are seen everywhere, especially draped from balconies and from windows. 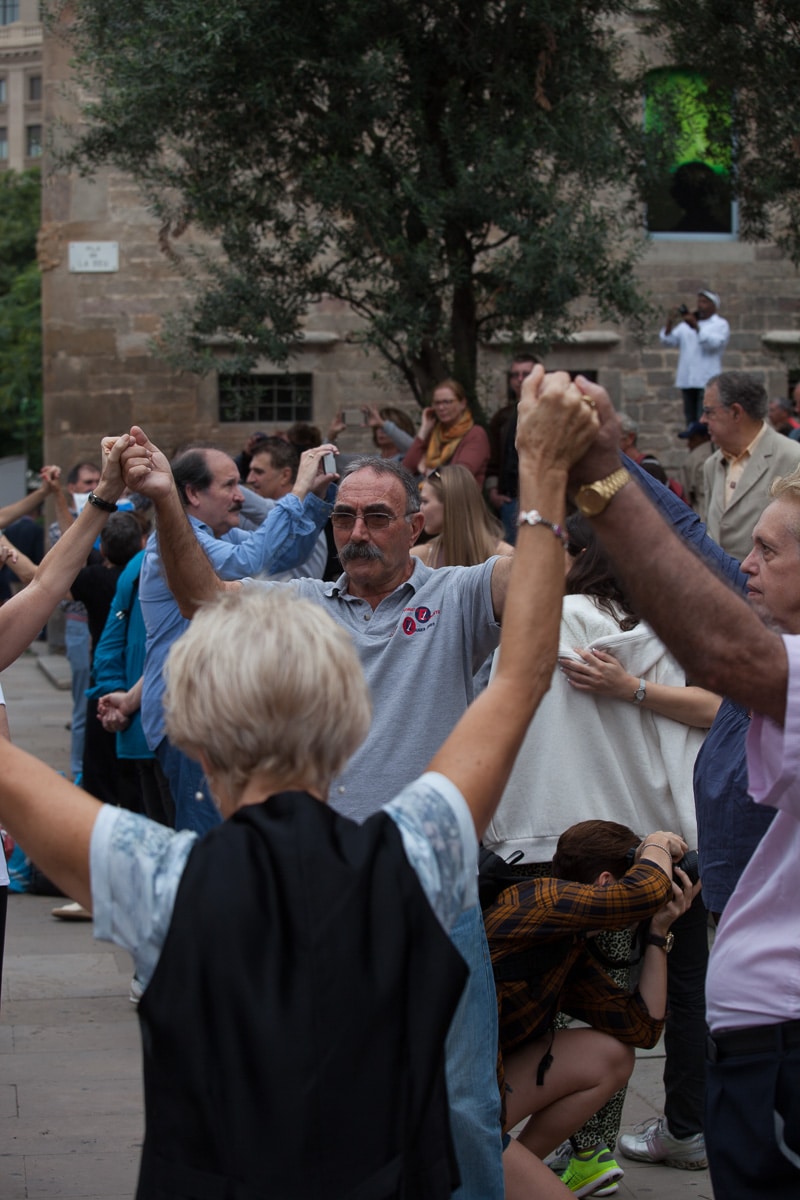 When we first arrived in Barcelona, we were again visited by my brother Mike, and his wife Kathy. We walked all around the city together, and one of the most curious things we came across was on Sunday morning in front of the 14th-century Cathedral of Santa Eulalia where we came across a brass band and great circles of people dancing the Sardana, a traditional circle dance of the Catalan culture. Locals of all ages joined in. Holding hands, the dancers step gracefully to the music. The band (cobla) is composed of 11, strange-looking typical Catalan instruments; long flutes, oboes, brass instruments, and a tamborí, a tiny interesting drum.

On Columbus Day, which is celebrated all over Spain, we came across a rally that supported Catalonia remaining with Spain. There were flags everywhere, both Catalan and Spanish. The colorful and peaceful demonstration, composed of citizens young-to-old, filled the Plaça de Catalunya.

The passion for independence runs high, but so, it seems, does the desire to remain within Spain. It is more than about economics, but is also about the respect for the Catalan identity.

Next, Barcelona – Gaudi, the bizarre and beautiful