So many of the places we have visited throughout the world are listed as UNESCO World Heritage Sites. “World Heritage sites belong to all the peoples of the world, irrespective of the territory on which they are located.” Listed sites are considered to be of outstanding cultural or natural importance to the common heritage of humanity. 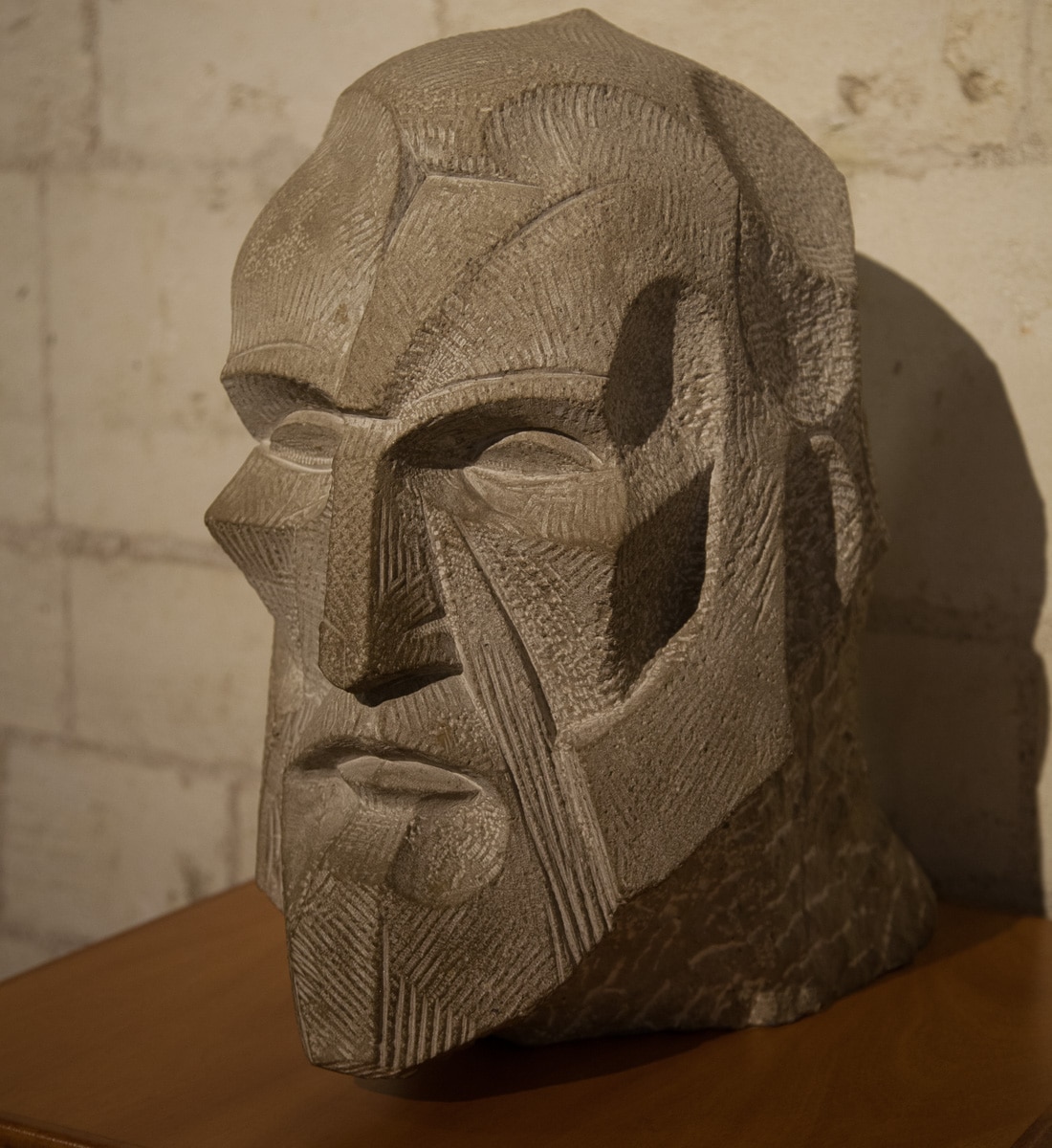 The architecture in Barcelona could certainly seem to be dominated by Gaudí, and rightfully so. There are many of his works and influences all over the city, but the Modernisme or Art Nouveau movement had its influence on almost all artists, designers, and architects of the late 19th-to-early 20th centuries. 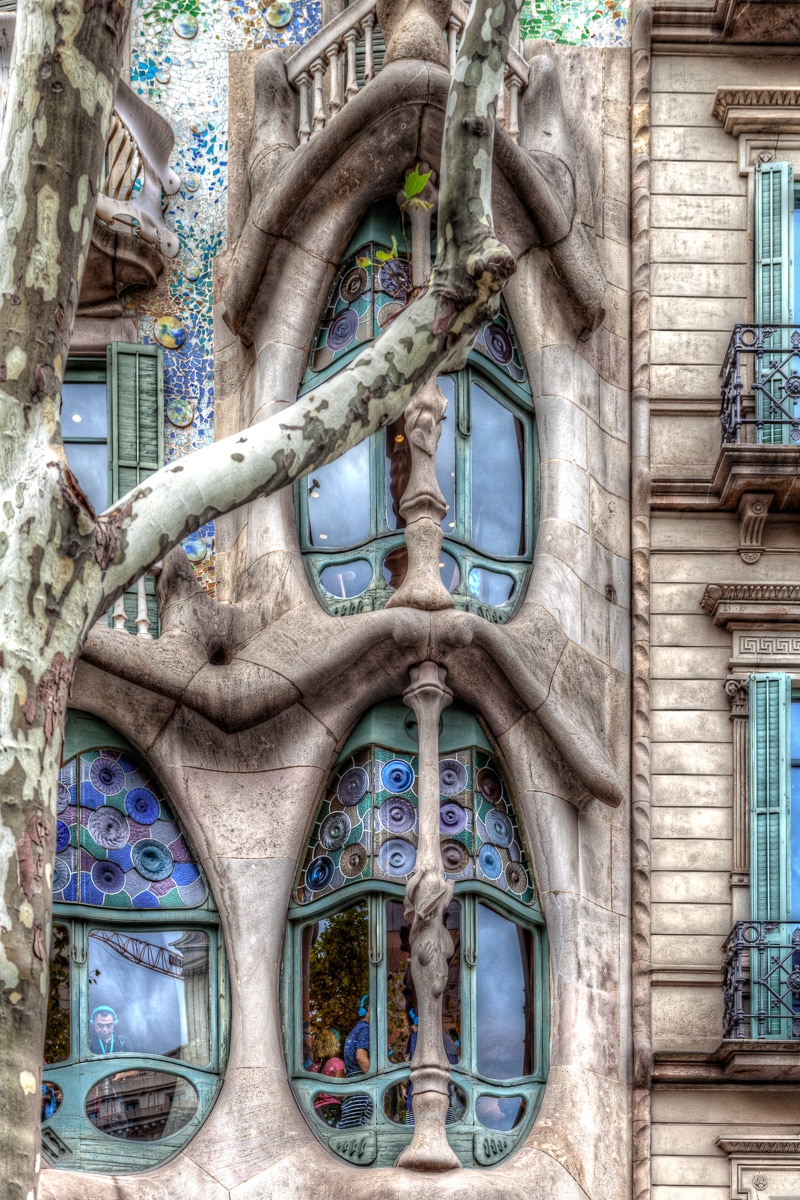 Other Gaudí projects that we visited while in Barcelona were the Casa Batlló (exterior only), Casa Milà (or La Pedrera), and Parc Güell. All were visually fantastic, with curves and flowing lines that stemmed from Gaudí’s bond with nature. But Gaudí also followed a basic tenet of Modernisme/Art Nouveau movement that stated that the function of an object should dictate its form.

The wonderfully strange Casa Batlló was renovated by Gaudí in 1904. The building is locally called Casa dels ossos (House of Bones), because it conveys an organic, skeletal quality. The façade is decorated with trencadís a colorful mosaic style made of broken ceramic, like plates, dishes, cups, and tiles. 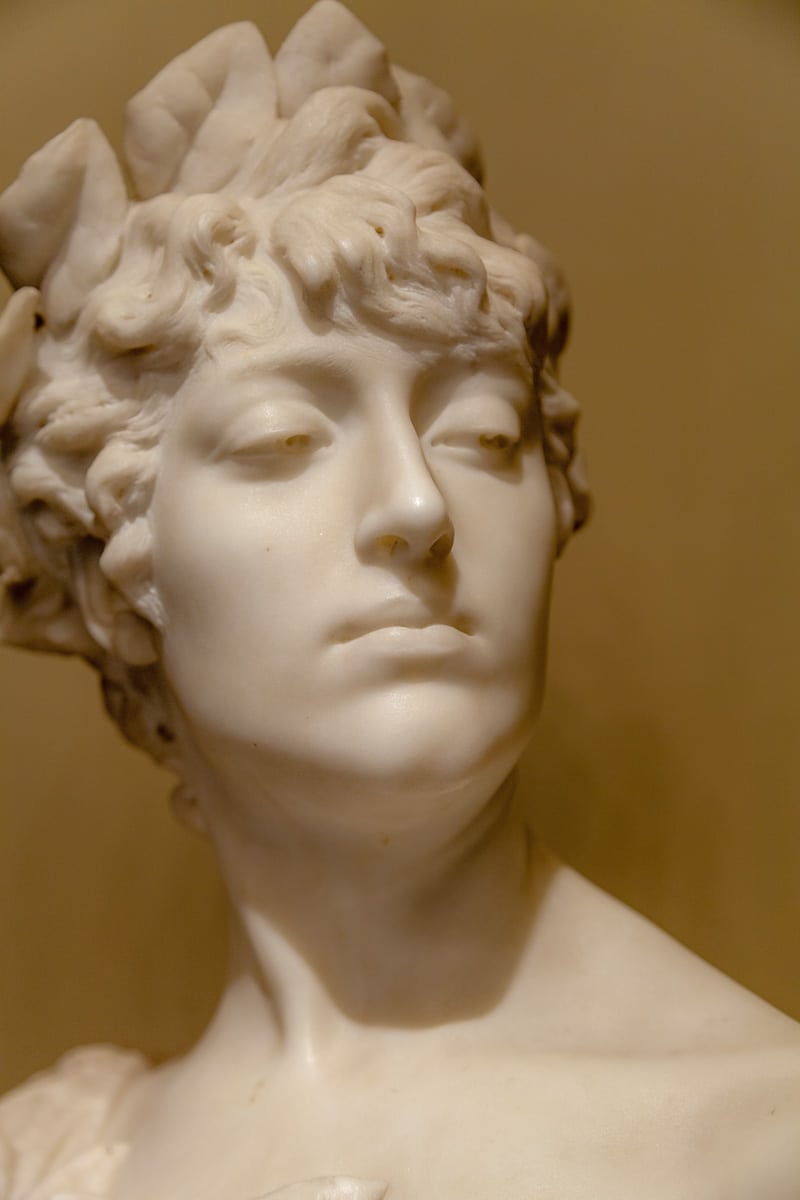 Several days later, we entered the large curved doors of another one of Gaudí’s masterpeices, Casa Milà (or La Pedrera) not knowing what to expect, but knowing that it would be fantastic – i.e. “conceived or appearing as if conceived by an unrestrained imagination; odd and remarkable; bizarre; grotesque”. We were not disappointed.

There is not a single straight line in the nine-level building. It does not use load-bearing walls, but relies instead on pillars and arches. This allowed the architect to create completely open floor plans. To let light in all the rooms, the apartments were arranged around two central courtyards, one circular and the other oval shaped. 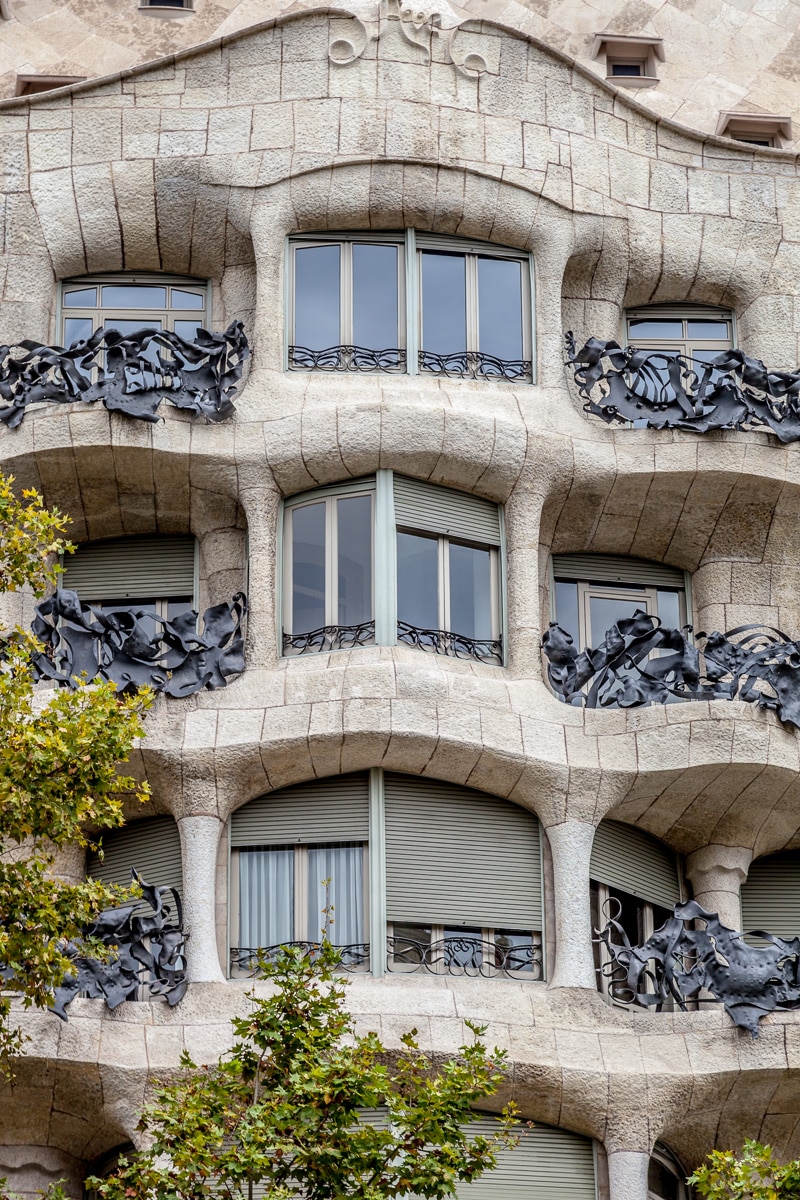 The exterior of the building is dominated by undulating balconies that look like waves. The wrought-iron balcony railings were improvised on site. The facade resembles a rock cliff with caves, and during construction, and locals referred to it as “Pedrera” or quarry. It is still referred to as “La Pedrera” rather than “Casa Milà”.

The top floor, attic and the exceptional roof are open to visitors. The top floor apartment is maintained as it would have looked at the beginning of the twentieth century. The open floor-plan allowed for strangely beautifully-shaped rooms whose frosted-glass doors allowed light to stream throughout.

The attic allows a look into the structure of the building, both the actual construction and through models, displays, and video presentations. The arches that support the roof are constructed using 270 parabolic vaults of differing heights. The space resembles the ribcage of a gigantic snake as it winds about just under the roof terrace. 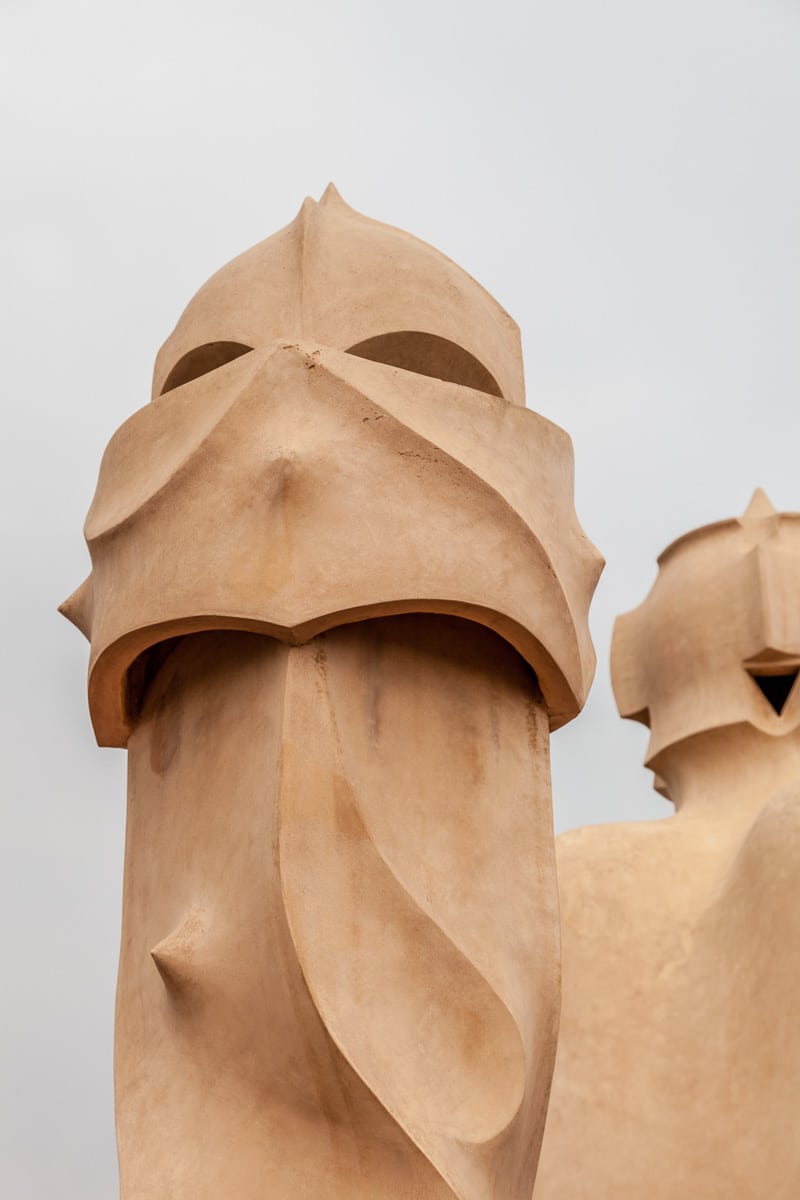 The roof terrace can be considered the icing on the cake of the Casa Milà. The view out over the city notwithstanding, one’s eyes cannot leave the bizarre ventilation shafts, stairwell exits, and clusters of chimneys that resemble alien soldiers from some sci-fi film. Parts of the structures are covered in trencadís mosaics, and others in broken champagne bottles. The multilevel surface invites exploring about the space that undulates about the two central courtyards that were as much for ventilation as for light.

Even though it was built over a hundred years ago, we marveled at the fluidic lines of the entire building as we wandered in and about this architectural masterpiece of Antoni Gaudí. It was his largest civil building, and in so many ways one of his most innovative. 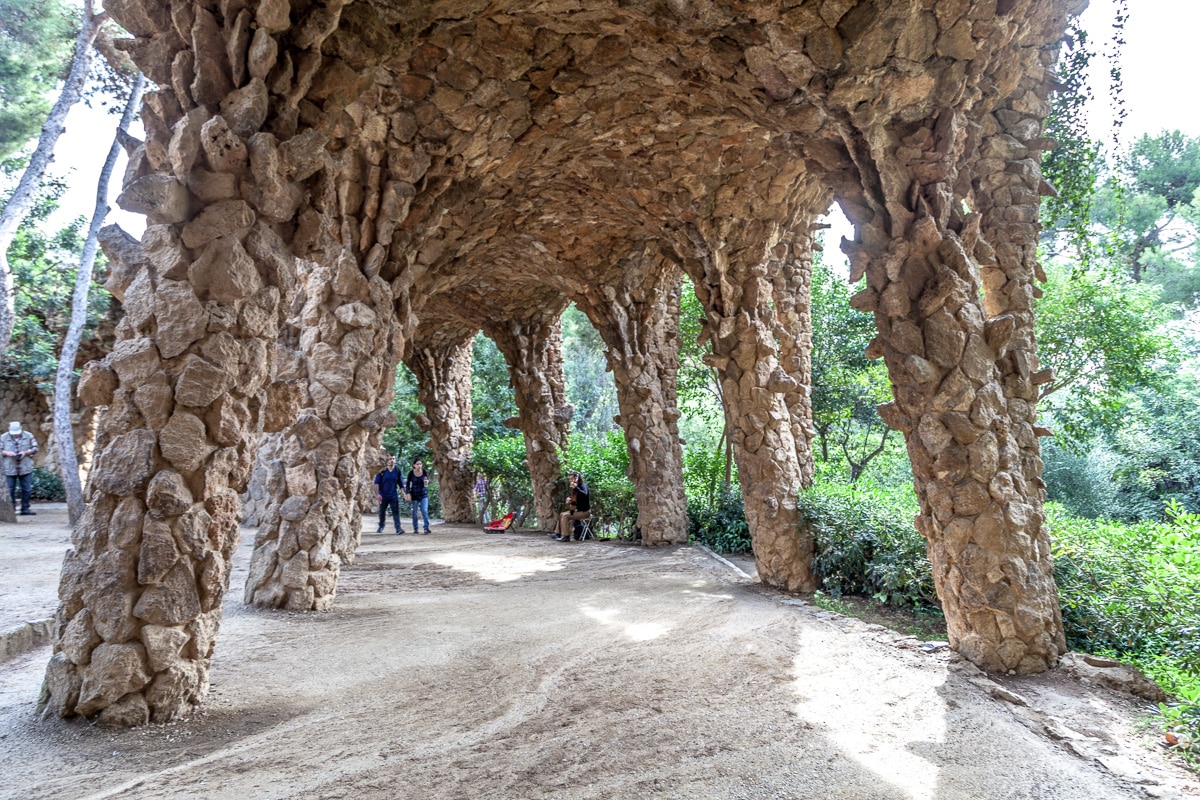 The next architectural extravaganza by Gaudí we visited was Parc Güell, a public park system composed of gardens and architectural elements on a hillside in Barcelona. It was originally envisioned as an urbanization project to create a stylish park for Barcelona aristocracy. More than 60 homes were planned for the radical project, though only two were built and Gaudí himself lived in one of them from 1906 to 1926; so as a real estate project it was a failure. 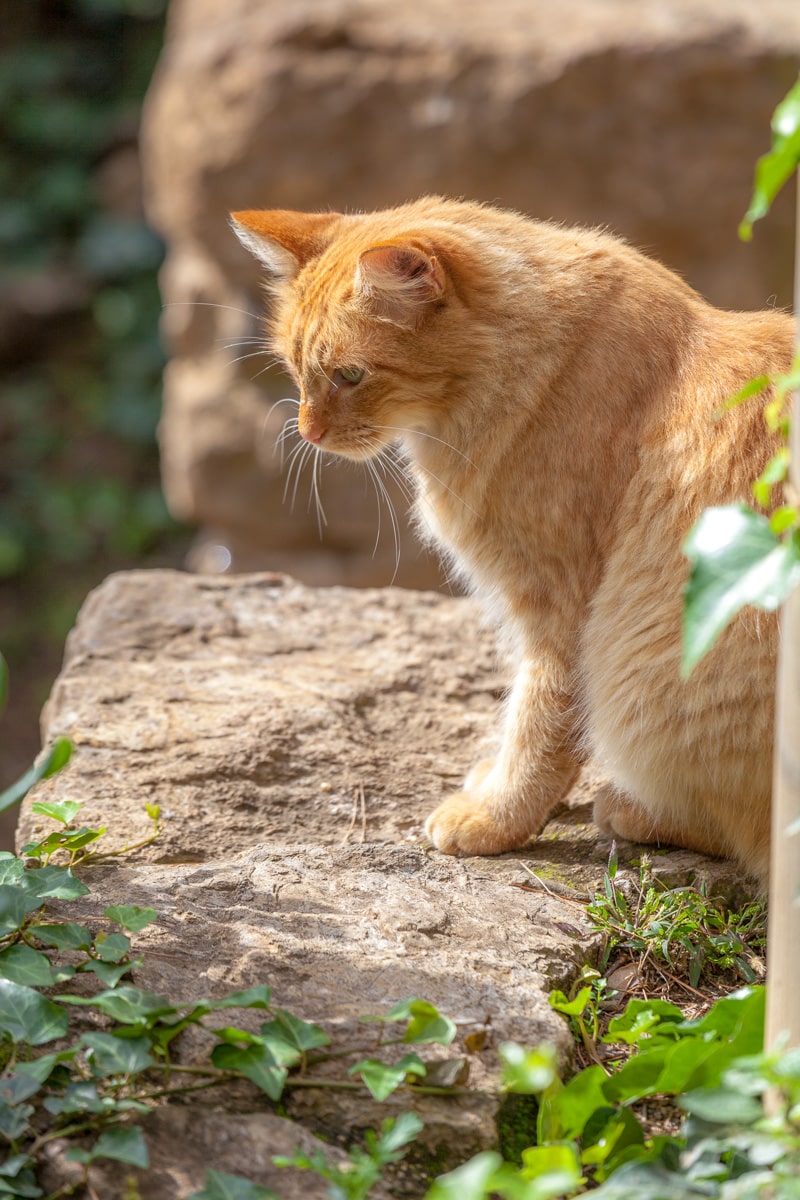 Converted into a municipal garden in 1922, it is now a sprawling complex of towers, galleries, pavilions and decorative landscaping. Parc Güell contains unusual shapes and structures, large organic looking columns made from stone, undulating seating covered with colorful trencadís mosaics and vibrant plantings in keeping with Gaudí’s devotion to the beauty of the natural world. Winding paths link various open areas that provide vistas to the landscape below and out over the city to the sea beyond.

The final two large architectural masterpieces we experienced were not by Antoni Gaudí, but by the master architect Lluís Domènech i Montaner. A professor of architecture and also an adherent of Modernisme, Montaner was a highly influential Catalan architect whose most famous buildings are the Hospital de Sant Pau and Palau de la Música Catalana. 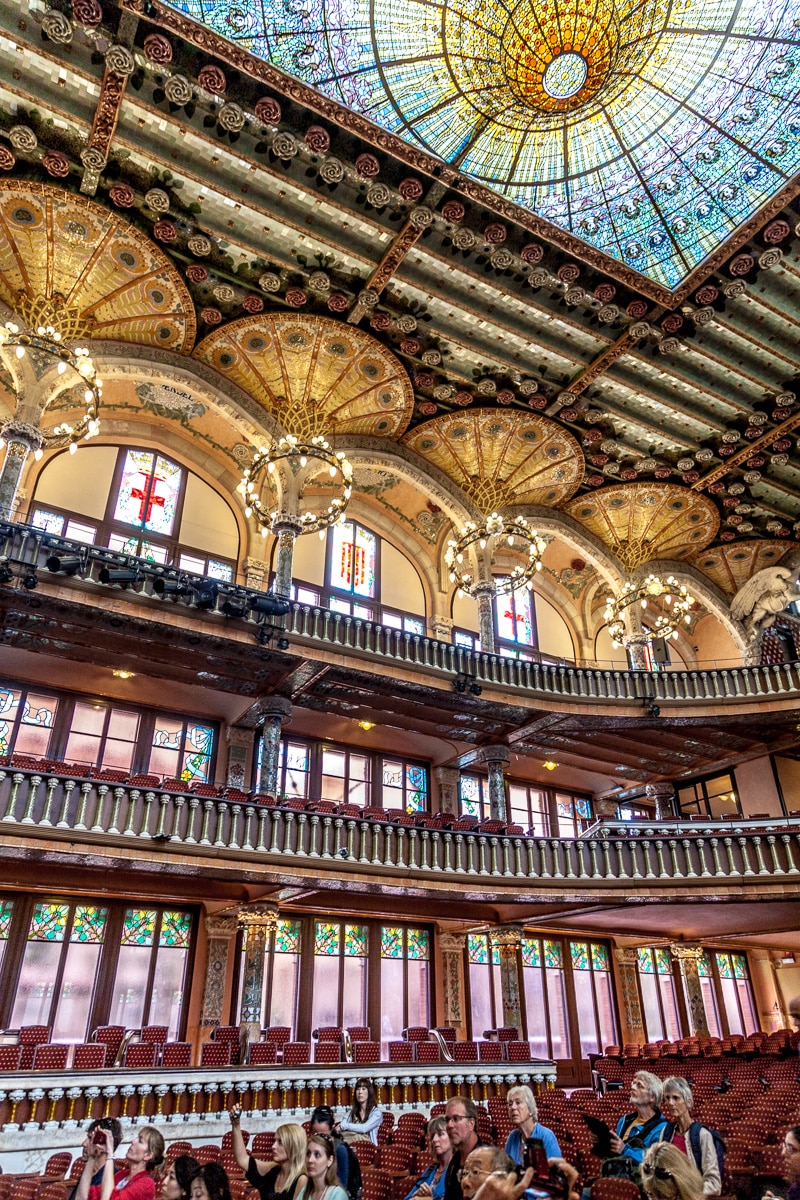 The first, the Palau de la Música Catalana was built between 1905 and 1908 as a home for the Orfeó Català, a choral society based in Barcelona founded in 1891. It remains dedicated to musical performance, and hosts over 500 concerts per year that range from symphonic and chamber music to jazz and traditional Catalan songs or Cançó. We arranged to take a tour through this cultural and social Catalonian landmark, and later in the week we attended a four-guitarist concert.

Details such as skylights, stained glass, sculpture, mosaic, and ironwork combine with repeating combinations of exposed brick and ceramic ornamentation to provide a profusion of color, shapes and light. We were fortunate to visit during the daylight hours when the interior is bathed with natural light and brilliant color that enters through the stained glass windows and the spectacular central skylight. 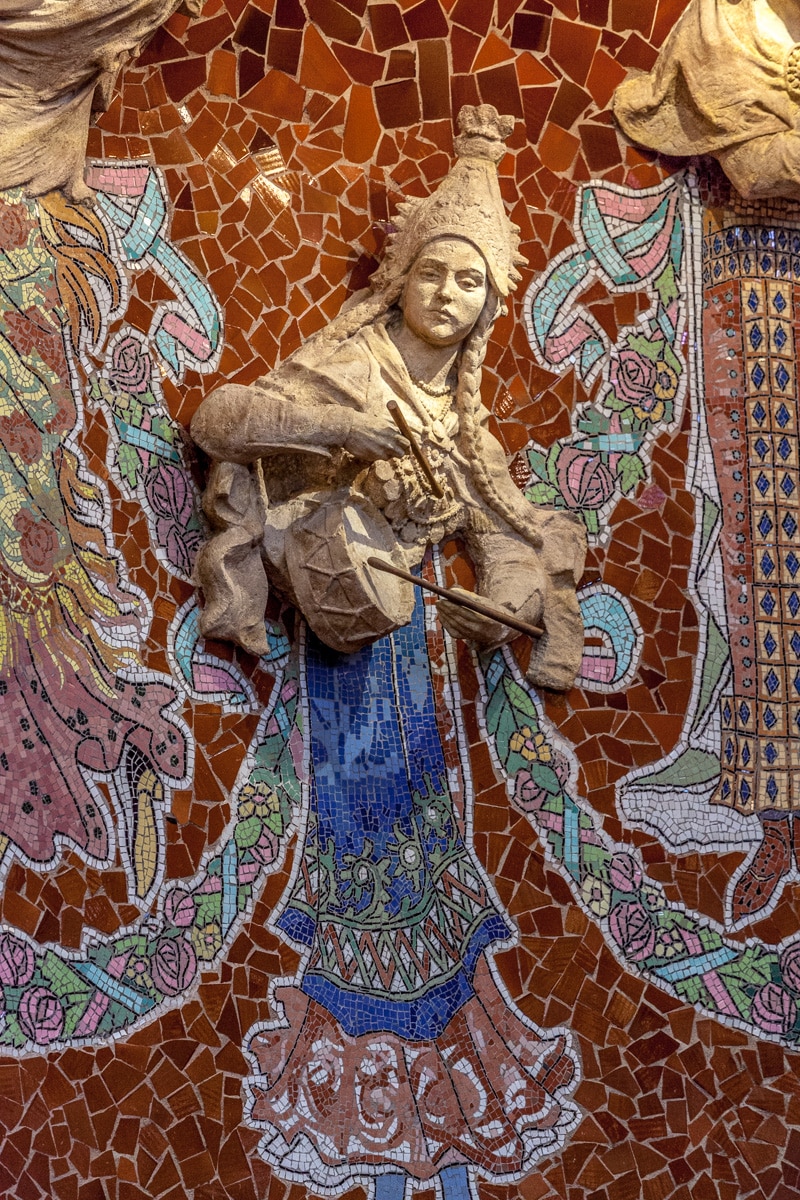 The stage is dominated by a great organ over the performance area, and on the sides and back of the stage 18 sculptures of the muses surround the stage. The entire auditorium is filled with Moderniste motifs inspired by Hispano-Arabic architecture and patterns, including flowers, palms, fruit, and jewels.

The true highlight of the Palau was to attend a concert there, where the superb acoustics melded with the stunning visual presence of the auditorium. We were entertained by a quartet of excellent classical guitarists whose music danced about in the muted light of the colorful space like fairies as the lights sparkled and reflected off of the various pieces of ornamentation throughout the hall. 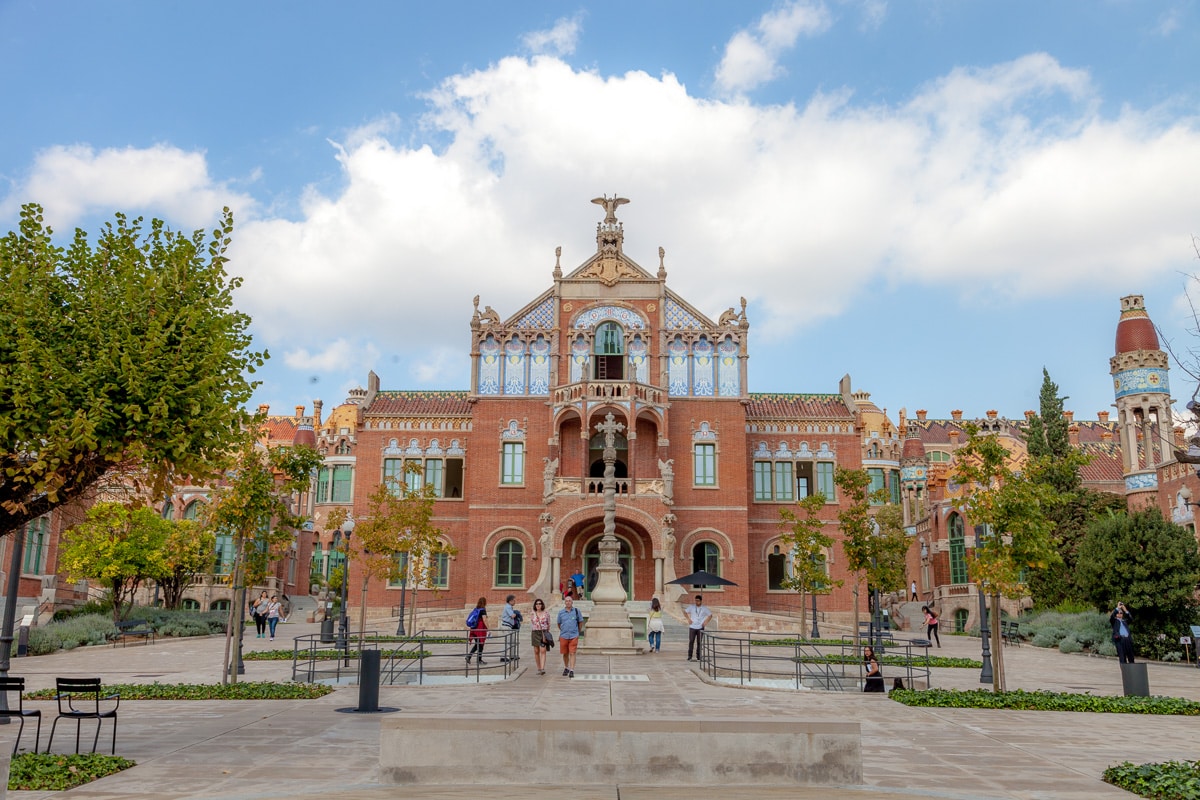 The final Moderniste masterwork we visited, also by Lluís Domènech i Montaner, was the Hospital de Sant Pau, a mere 15-minute walk on Avenue de Gaudí from the Sagrada Familia. Though originally founded in 1401, the current complex was begun in 1902 with a goal of combining the function of a hospital with artistic design, following the natural shapes and forms that inspired architects of the Catalan Modernisme style.

Ultimately, only 27 pavilions of the 48 planned were built on the 9000 m2 (2.2 acre) parcel. Each pavilion is unique and different, decorated with stained glass, sculptures and gargoyles, friezes, paintings, and mosaics everywhere, and with beautiful gardens and landscaping between. 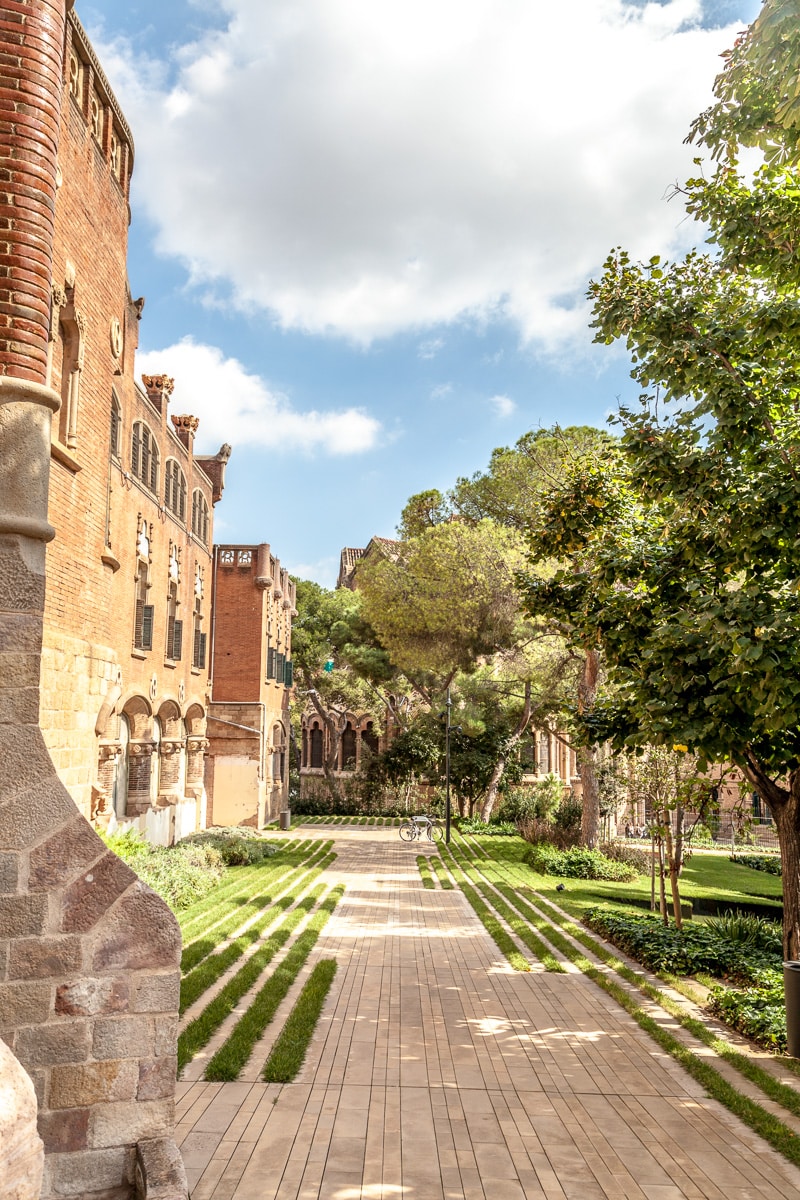 The complex was designed to create a welcoming place of healing in the belief that art and color can be therapeutic. Domènech i Montaner realized that one’s surroundings can indeed aid in healing, and believed that if the patients were to recover they needed color, a pleasant environment, fresh air, trees and a connection to the earth.

The various pavilions, each dedicated to specialized disorders or treatments, were interconnected by underground passageways, brightly lit with tiled walls and floors to allow for easy cleaning and sanitation. Movement of patients from one pavilion to another was simple and minimally disruptive.

Though now officially closed as a hospital, in 2003 a new hospital building was erected just to the north of the Domènech i Montaner’s Modernista pavilion. While I am sure that patients in the new, modern facility receive the best in modern healthcare, I wonder if their surroundings are as conducive to healing and well-being as Hospital de Sant Pau.

The architecture of Barcelona was certainly wonderful and beautiful examples could be found around every corner. The neighborhood where our apartment was located was built in the early 1900s so there were many examples of Modernisme. Here I have emphasized only two of the most famous architects, but there are too many to mention.