Bagpipes, haggis and kilts – those were the main things I knew about Scotland, oh, and that movie Braveheart and Scotch. And I really didn’t know anything about haggis, and I don’t care for Scotch. And, come to think of it there’s also Sean Connery, and golf. So with all of that in our knowledgebase we took off for a month in Edinburgh.

First things first, as we were properly instructed, it isn’t pronounced edin-burrow, it is more like eddin-brrrragh. 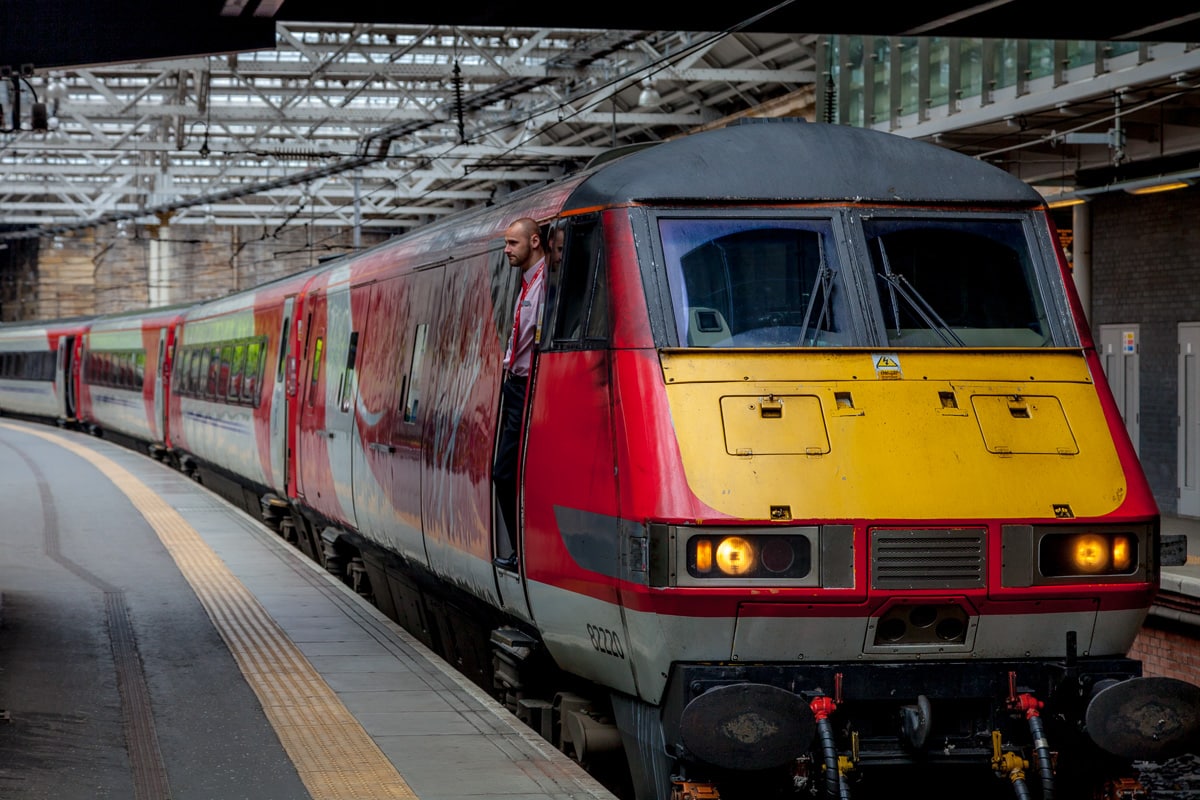 We arrived by train from Manchester after about 4 hours to Waverley Station. A quick taxi ride to our apartment, we let ourselves in following instructions from our AirBnB host. The place was small, clean and well appointed, and would serve our needs well. But it was early evening, we needed to get some dinner and pick up some basics … like wine.

It was about a ten minute walk to the Sainsbury’s supermarket where we stocked up on the essentials. On the way we passed by one of the several nearby bus stops we would use extensively over the next month. Then we went out for a bite to eat.

We had been eating pub food for a while in in the UK, and while it had been good, this time we went for a good Italian meal not far away. Ah, another kind of comfort food. 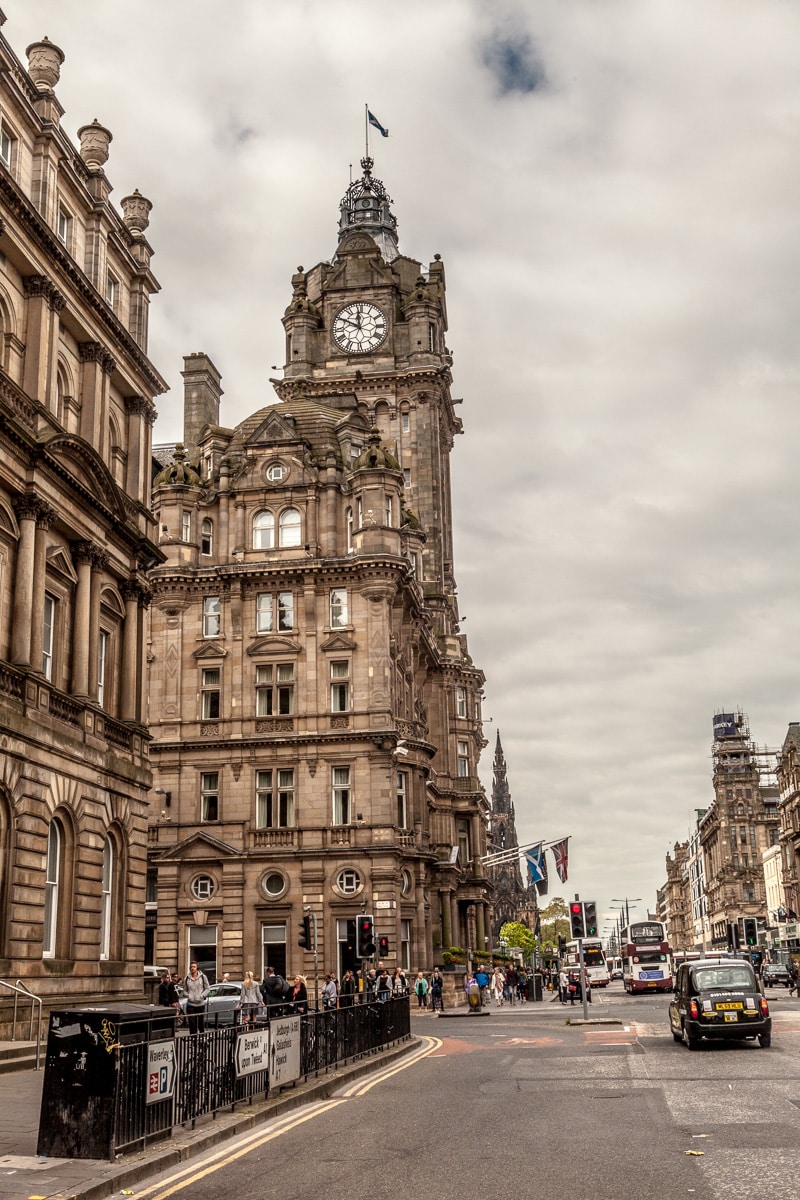 The next day, we bundled up and walked back to the area of Waverly Station to purchase bus passes. While they weren’t cheap, they allowed for unlimited use of the extensive bus system, and for as much as we did use them they did save us significantly over single-ticket fares.

Our bus cards now in hand, we began to explore this great city. Wow.

Once we were at the train station, we didn’t need the bus to get to the old town. Edinburgh is definitely a walkable city. Bear in mind that there are lots of ups and downs, and any shortcuts involve lots of stairs, but it is generally compact.

The best known thoroughfares, Princess Street and the Royal Mile run roughly east and west, and parallel to each other. But that is where the similarities end. 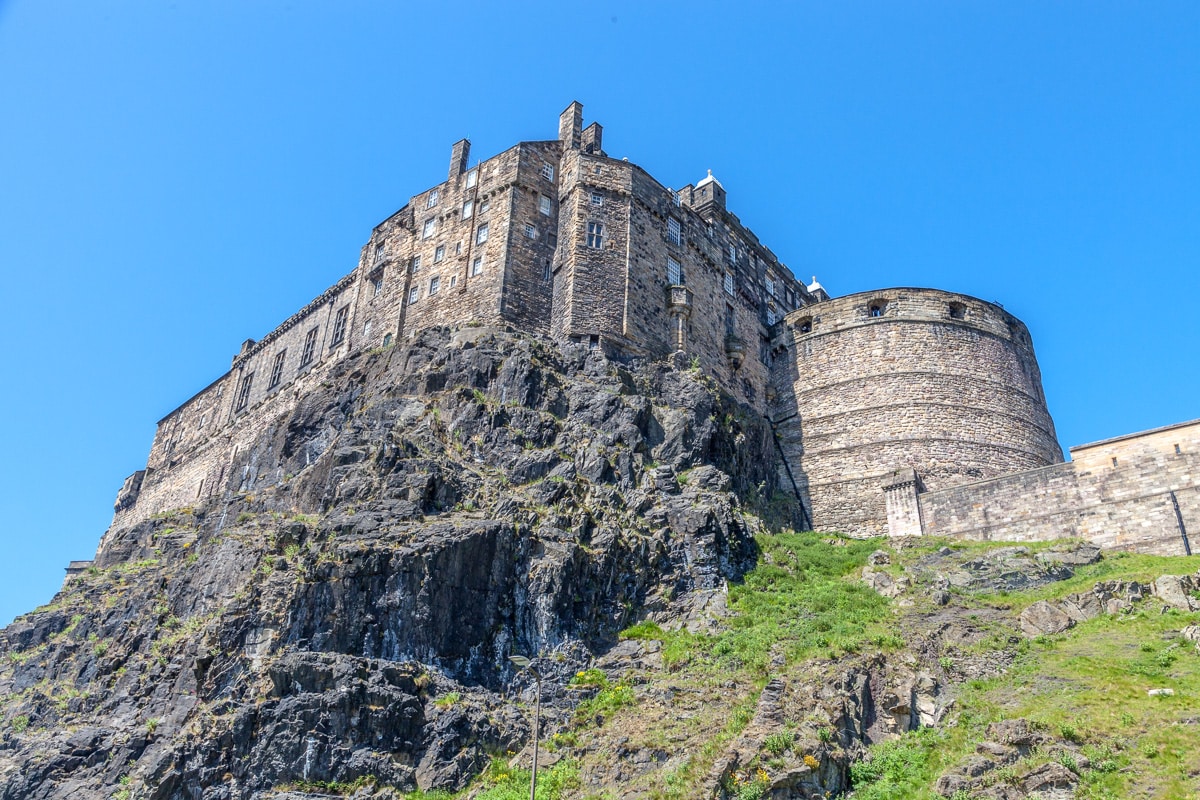 Edinburgh has two distinct regions that together were designated a UNESCO World Heritage Site in 1995: the Old Town, dominated by the medieval fortress; and the neoclassical New Town, developed from the 18th century onwards.

Princess Street, is where the “New Town” starts and extends northward. The New Town, built between 1767 and the mid-1800s, is dominated by the original neo-classical and Georgian period architecture. Its construction began after overpopulation inside the Old Town city walls reached breaking point and to avoid the flight of wealthy citizens to London. Its design had a far-reaching influence on European urban planning. 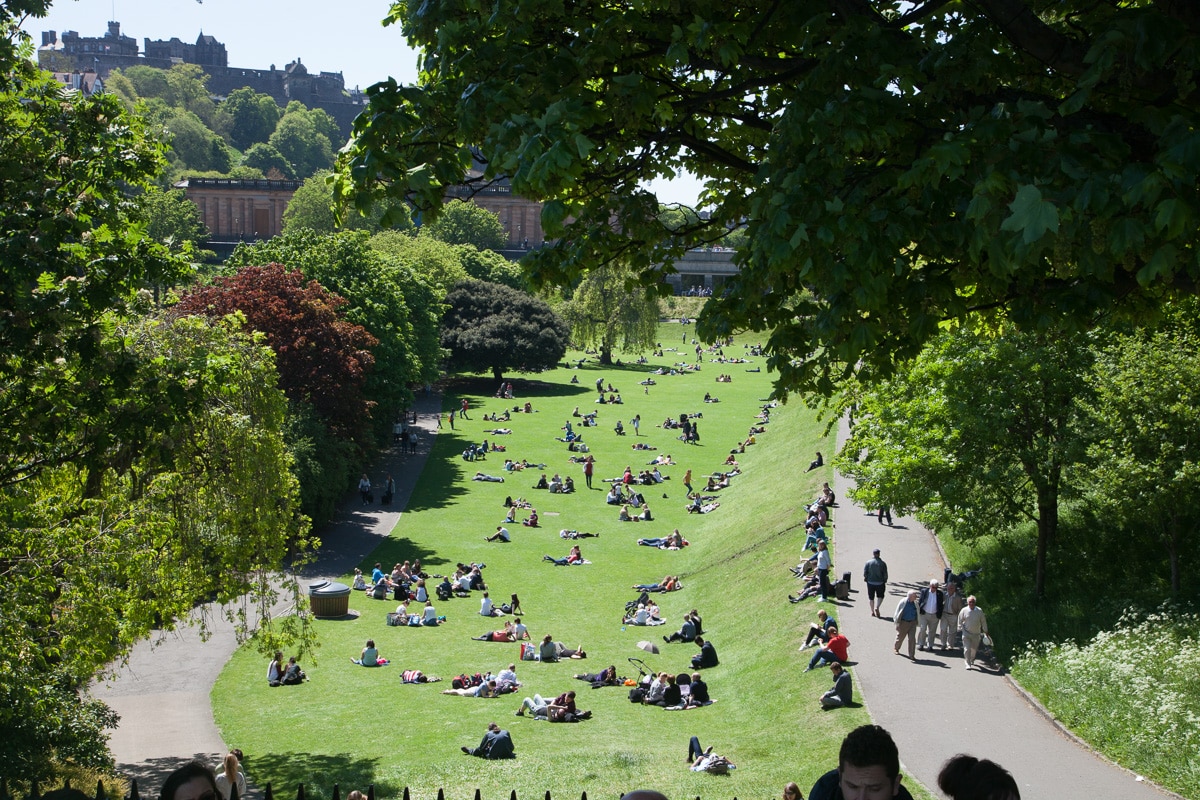 Along Princess, George, and Queen streets you will find Edinburgh’s main shopping and commercial district. Here also is the Princess Park Gardens and, in the New Town, are the National Gallery of Scotland, the Royal Scottish Academy, and the Scottish National Portrait Gallery (on Queen Street). 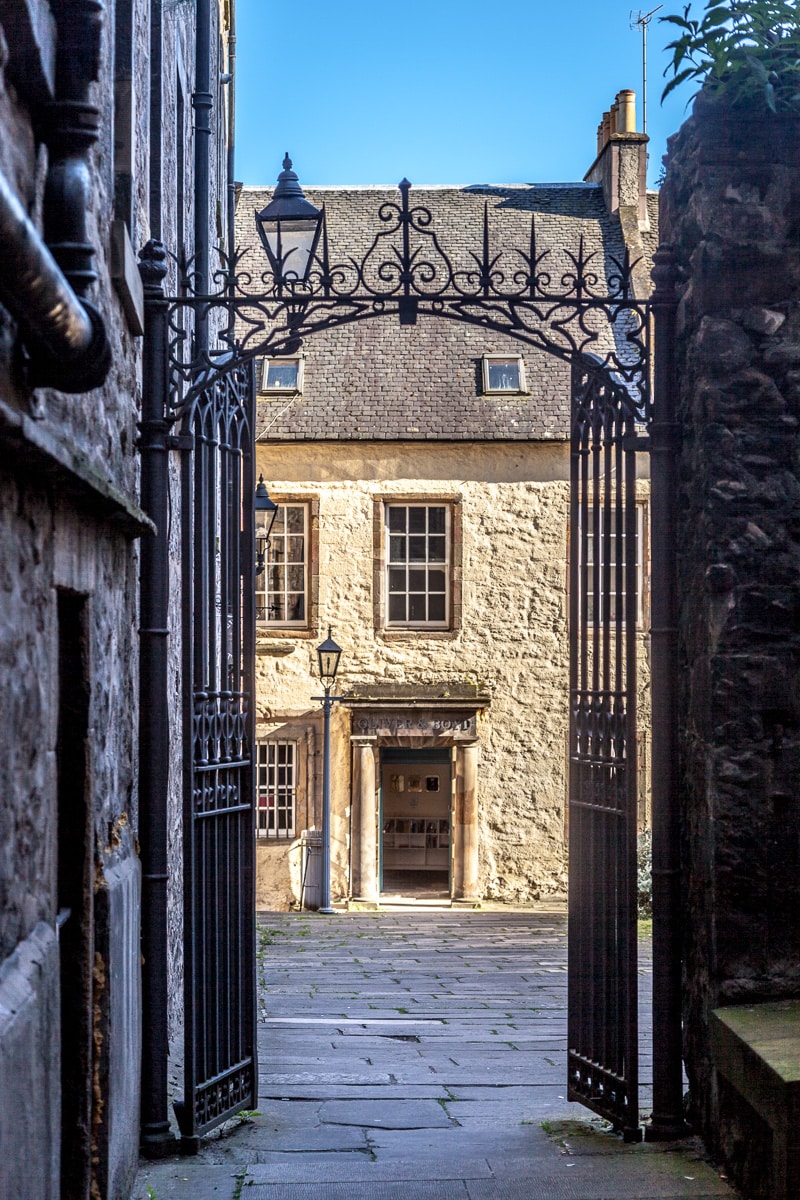 The medieval Old Town runs from Edinburgh Castle on its imposing volcanic perch, down to the Palace of Holyrood along either side of the road known as the “Royal Mile”. The Royal Mile is composed of High Street on the west end and Canongate to the east. Many of the existing buildings are 16th and 17th century merchants’ and nobles’ houses, and along with the jumble of medieval tenements piled high along the Royal Mile, were some of the world’s tallest buildings of their age.

The Old Town is characterized by the medieval street pattern of narrow closes, wynds, and courts leading off the central spine formed by High Street. Small shops, cafes, and pubs line these tiny arteries providing ample opportunities for lots of exploring and getting lost.

Which is exactly what we did, … and this is only the first day.