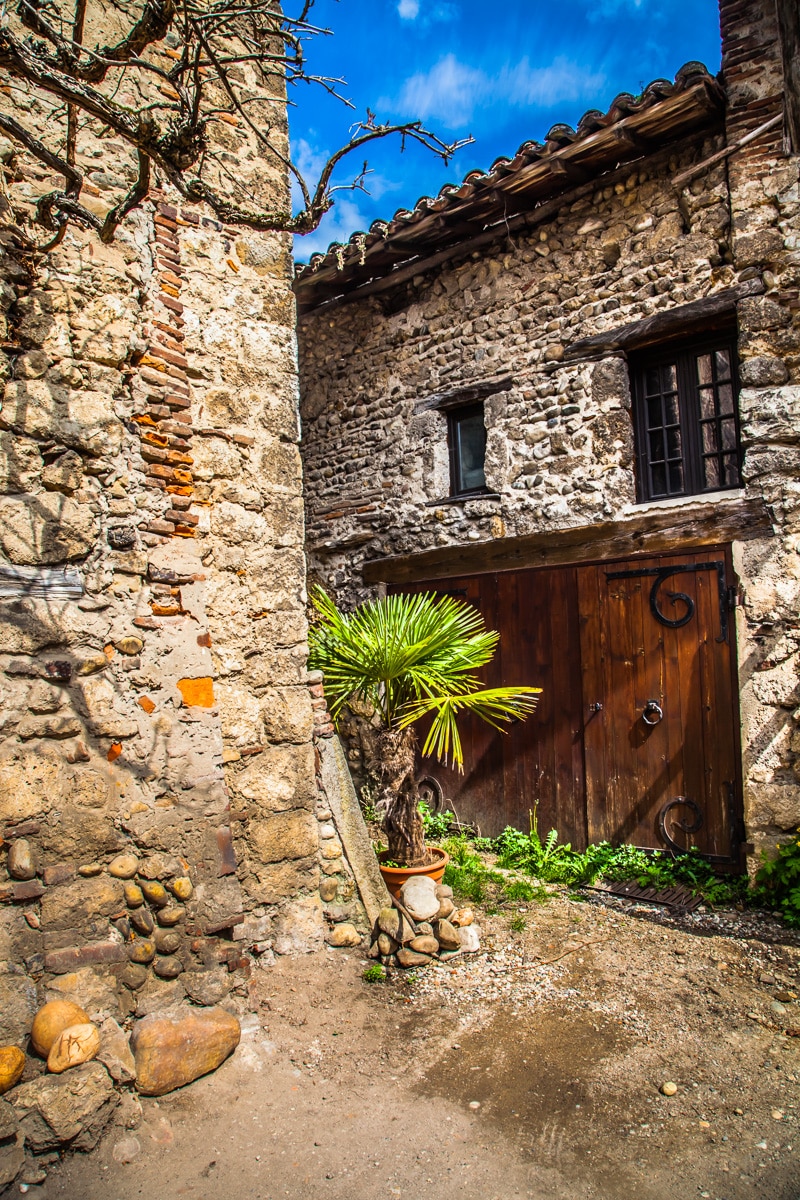 The Medieval village of Perouges had been on our list of must-see places near Lyon for a while. And as we began to do some more research, this weekend (19 April) popped up on the community calendar as the weekend of the Parade Vénitienne de Pérouges or Venetian Parade of Perugia. Perouges is 36 km (22 mi) north-east of Lyon, at the top of a hill overlooking the Rhône valley. This small village, one of Les plus beaux villages de France (the Most Beautiful Villages in France) has kept its Medieval past intact within its ancient walls. 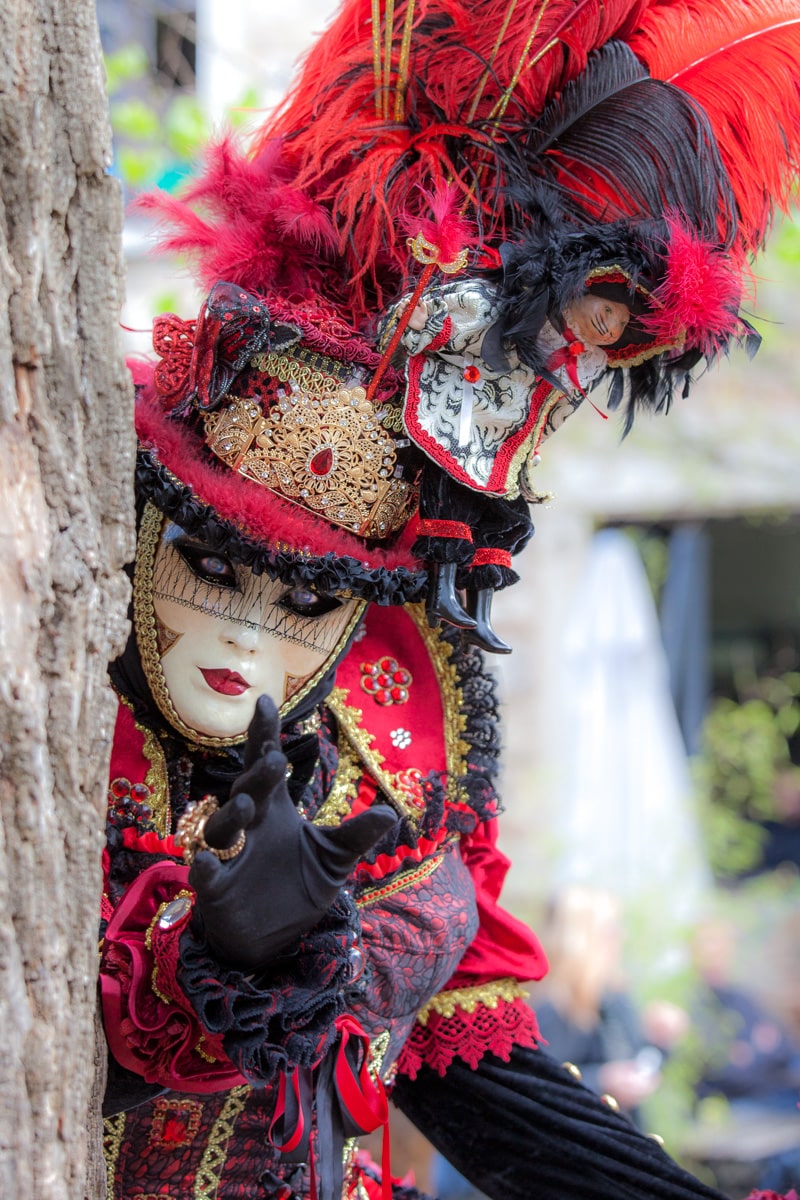 The event is inspired by the Carnevale of Venice, Italy, and the participants don their elaborate costumes and masks and parade throughout the town silently posing for the admiring public, and each other. With the 15th and 16th century buildings as a background, it was a wonderfully colorful event.
To make the event even more fun, our friends Nicolas, Lucie and their daughter Noémie were driving from their home to meet us. Though the weather forecast for later in the day called for rain, the day was beginning nicely. The overcast skies made for very good photography by reducing the contrast that direct sunlight would have caused.
The crowds were building as we approached the La place du tilleul or “Place of the tilia tree” where a massive linden tree, planted during the Revolution, dominates the plaza [tilleul(FR)=tilia=basswood=linden=lime(used in GB though not related to the lime fruit)]. Circulating within the crowd were the actors in their masks and colorful costumes posing for the enthusiastic photographers and onlookers. Little Noémie wasn’t too sure what was going on, but seemed to be enjoying the day. I was making photos of everything, since like Noémie, it was all new to me as well. 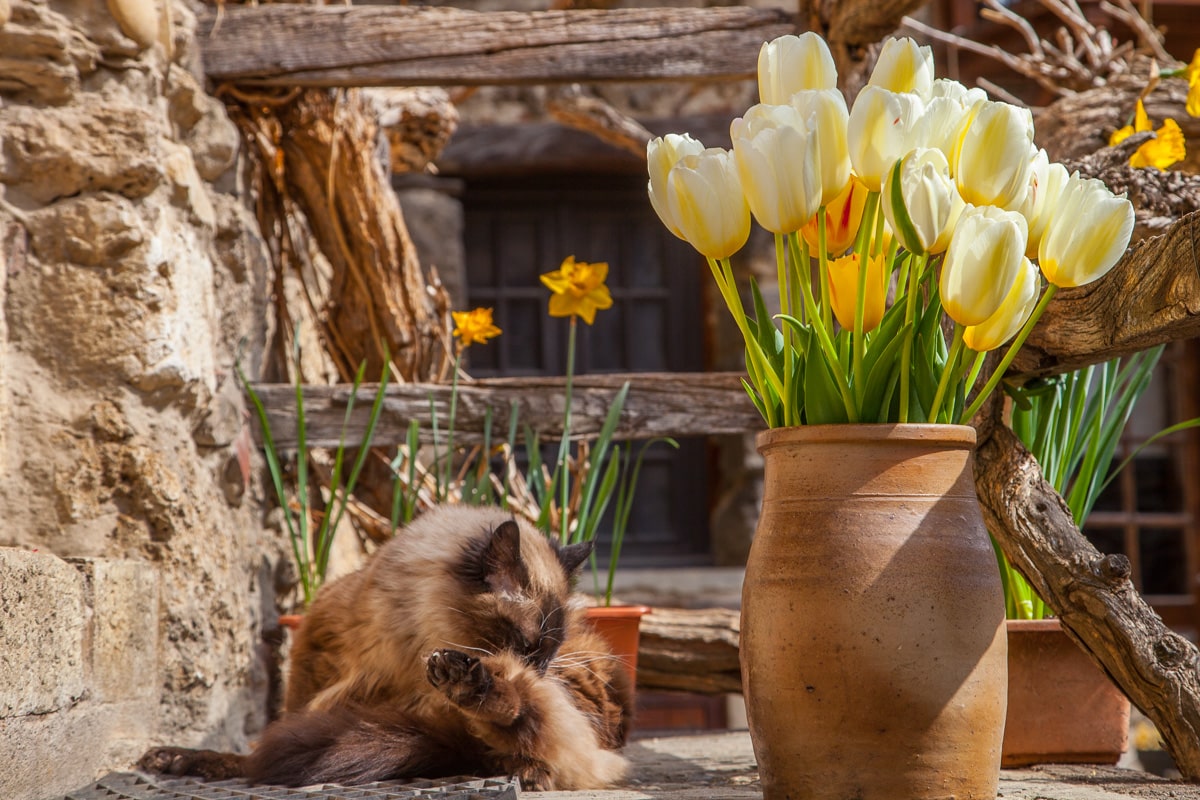 We had a delightful lunch at Les Terrasses de Pérouges of local dishes (though carefully avoiding the andouillette, a tripe-based sausage) and house wine. A very brief rain shower made us thankful we were sitting inside having a warm meal. 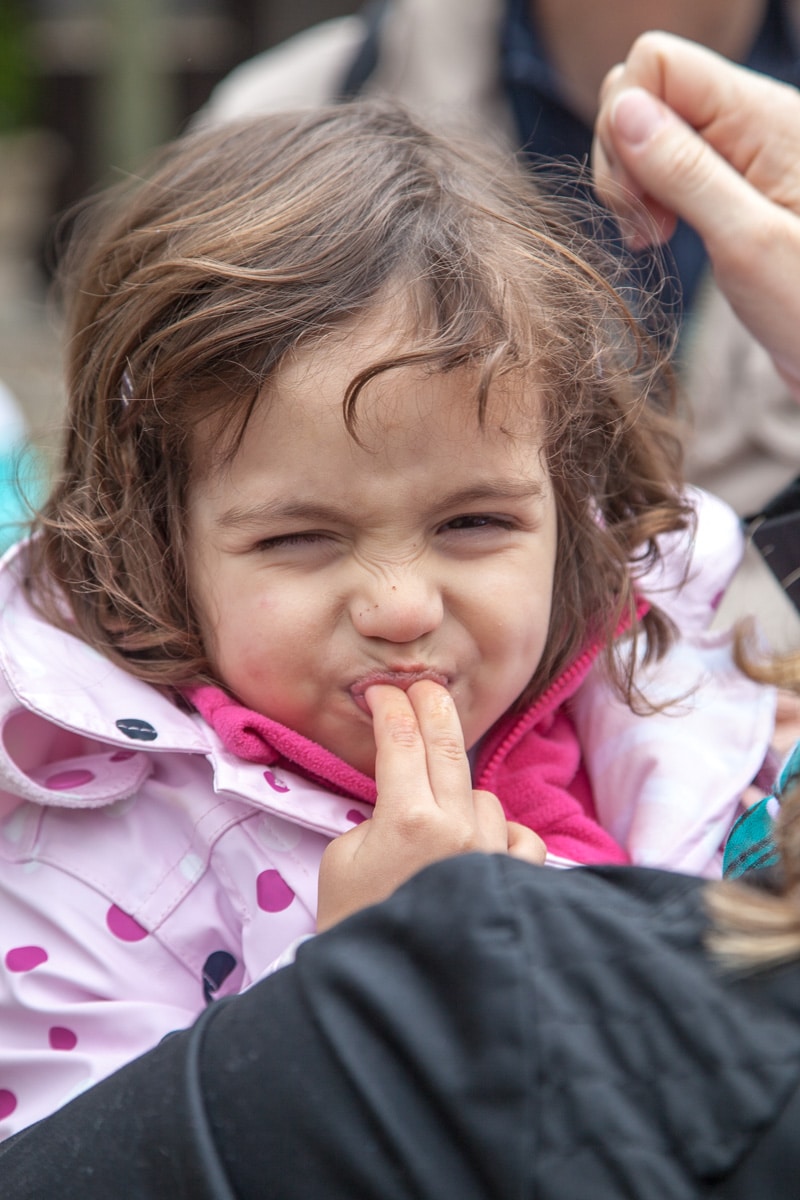 Not long after lunch we happened upon the start of the Parade, and there were plenty of photo opportunities along the route. The participants were eager to pose, looking elegant and glamorous.
As we were all beginning to tire, it was decided to begin our return home. Walking back to Nicolas and Lucie’s car – they had met us at the train station – a light rain began to fall. When we stopped at the gare, Noémie sweetly asked why we were stopping there and why we weren’t coming with them.
We said our good-byes and waved as we went to our train and they drove off to their home. The sound of the light rain provided a restful background to what had been a wonderful day with our friends.