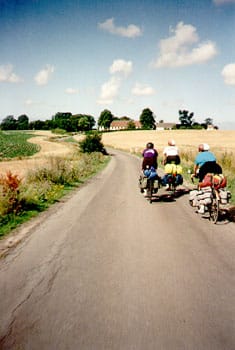 It had been a very long time since we were last in Denmark.  In fact, it was 1992, our friends Tom and Barb, and us, all experienced cyclists, were embarking on our first bicycle tour in a foreign country, but also our first venture to a non-English speaking country.

After an uneventful flight, we were met at the airport by our friends Niels, Jetta, and Carsten who showed us, not only the city of Copenhagen but hospitality beyond measure. Though we have lost contact with Carsten, we have over the years maintained a friendship with Niels and Jetta. 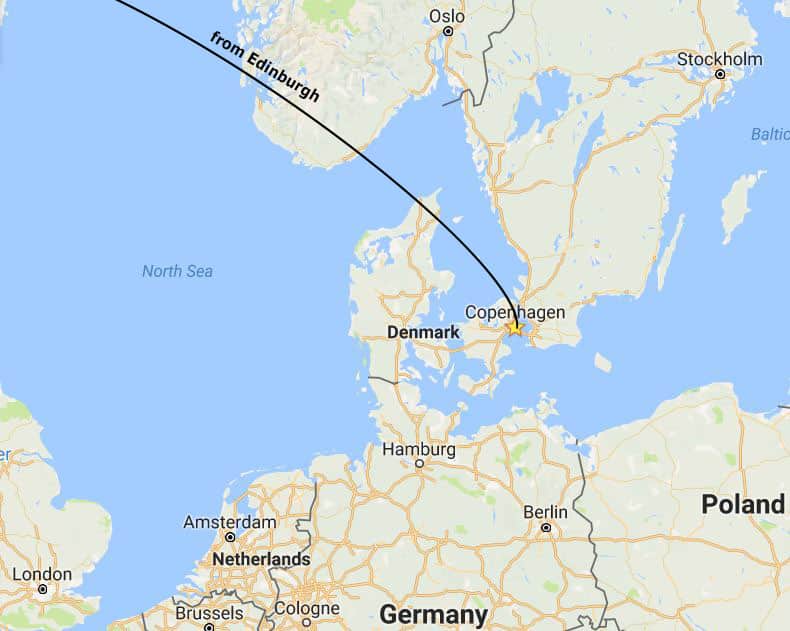 Those who have followed this blog know that we have been met along our way on more than one occasion by Niels and Jetta. Over the past few years of the Slow Nomads adventure, they have met us in Belgium, Sweden, Lyon and Strasbourg, France, and we were overdue for a visit to their neighborhood.

Niels and Jetta met us at the airport after our flight arrived from Edinburgh, and it was good to see their smiling faces as we towed our luggage away from baggage claim. After a pleasant drive to our hotel, we later went to their home for a delicious smoked fish dinner and a lot of catching up. 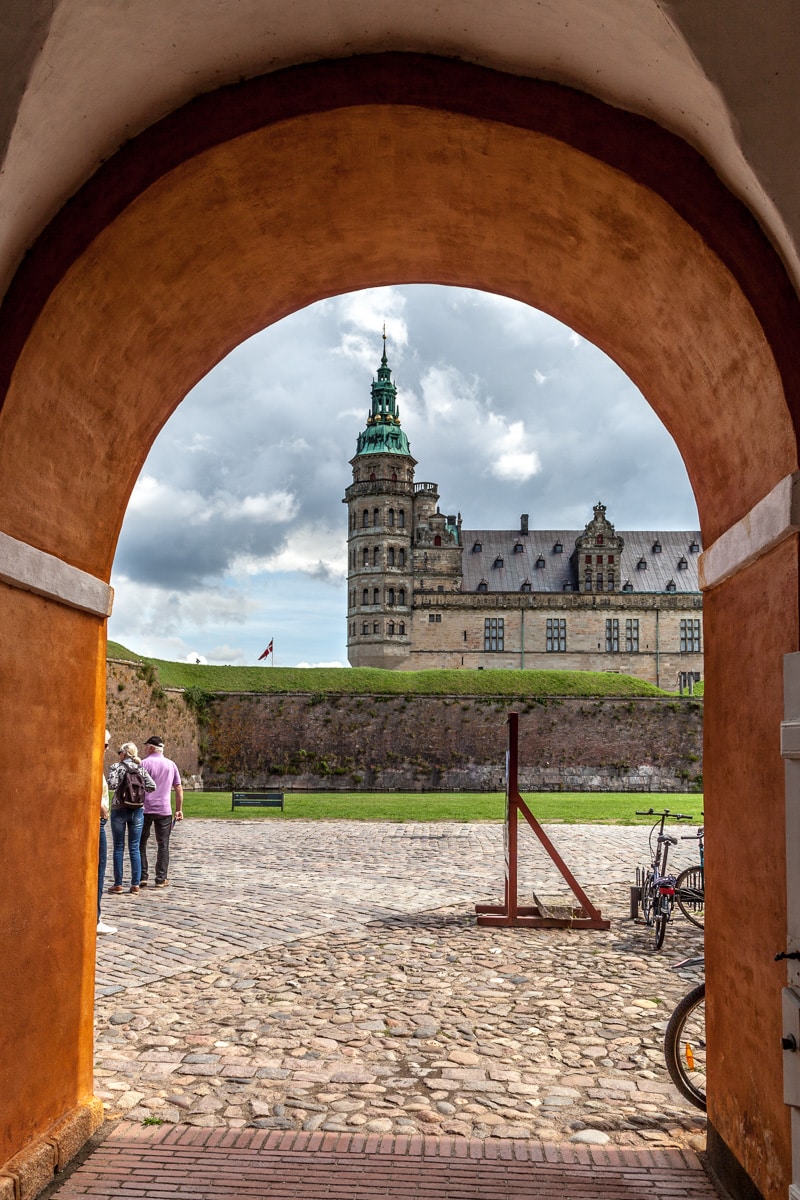 The next day we toured the Maritime Museum of Denmark and the grounds of Kronborg Castle in Helsingør (Eng. Elsinore). Kronborg (1420s) is best known as the setting of William Shakespeare’s play Hamlet. Afterwards, we walked the town of Helsingør. The town as it is known today was founded also in the 1420s though there had been a settlement there for centuries earlier.

After lunch we went to get some ice cream at Brostræde Is, an old, family-owned company that since 1922 has sold delicious, homemade, waffle-cones with ice cream made from a secret recipe that is said to be stored in a bank vault. 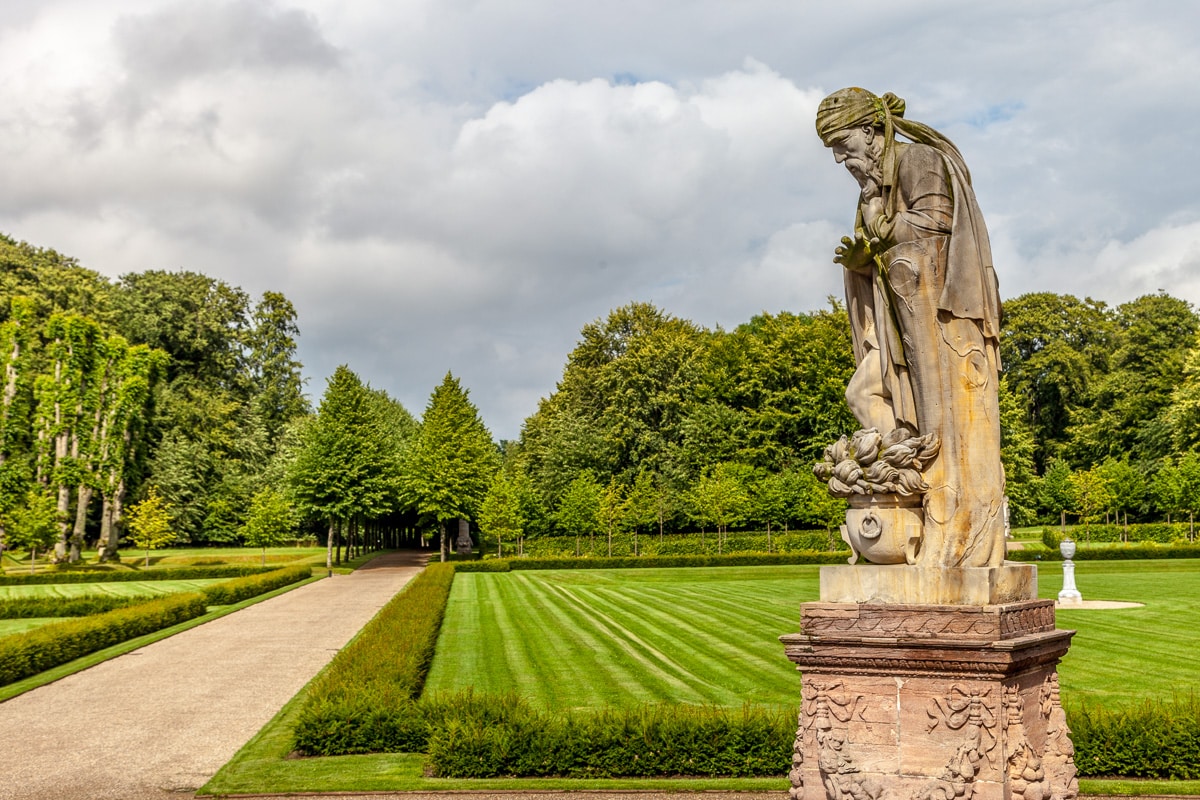 Later we drove to Fredensborg Palace, the Danish Royal Family’s spring and autumn residence, and is often the site of important state visits and events in the Royal Family. Built in 1720 by Frederik IV, the Italian baroque-style mansion, with its marble floors and a large central cupola, is only open to the public in July when the royal family is not in residence.

The palace gardens cover just under 300 acres and are among Denmark’s largest historical gardens. Long, straight boulevards extend from the castle in the original 18th century, French Baroque style. As style changed, at the end of the 18th century all of the baroque gardens were converted to the Romantic style. Renovations in the 1970s to 1990s restored the avenues to their former glory. As we had arrived a bit late in the day, we didn’t have enough time for a thorough, proper stroll of these beautiful gardens, besides, we had to get back home to pack. 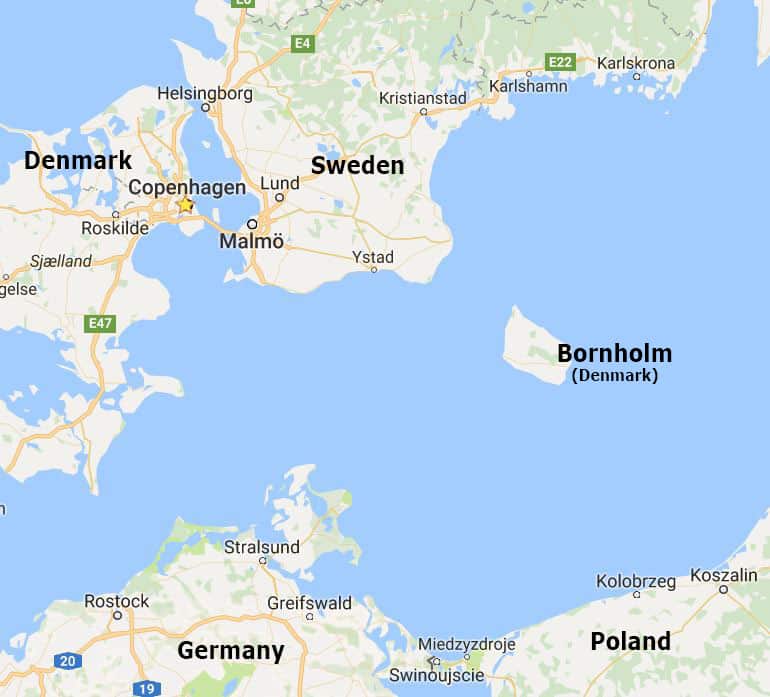 Pack? Again? Yes, Niels and Jetta had made arrangements for us all to drive from Denmark, through Sweden then by way of high-speed ferry to the Danish Island of Bornholm where we would spend two nights.

Half-way between Copenhagen and Poland in the Baltic Sea, Bornholm is often referred to as Sunshine Island because of its weather. The small, charming fishing port of Gudhjem would be our base during our stay, and our home would be the Jantzens Hotel, the oldest hotel in town. It was here that smoked herrings were first prepared in the traditional smokehouses that can be found in many of the low-slung, fishing cottages, and we ate our share during our stay. 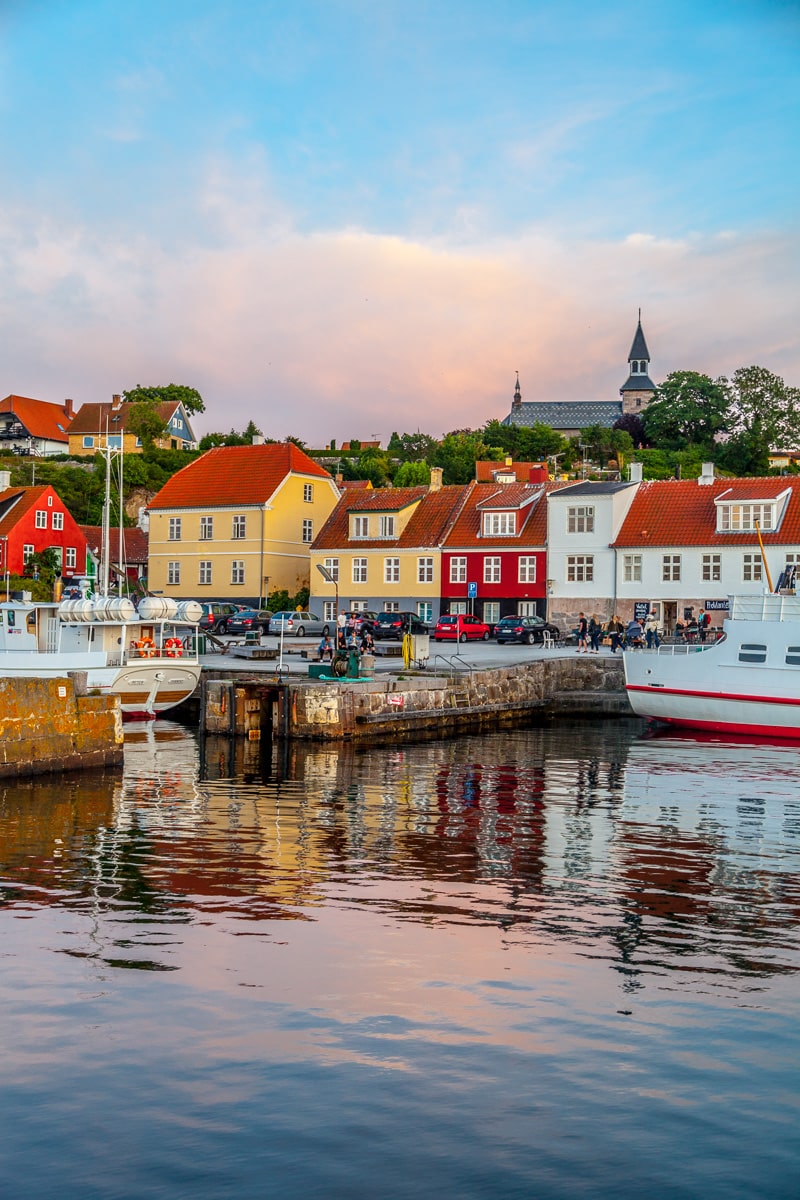 Bornholm has always been famous for smoked fish; every village and town has its own smokehouses and every other low, half-timbered fishing cottage has a large smoker chimney.

The island lived up to its nickname as the Sunshine Island. The weather was indeed beautiful, and we were able to shed the rainwear and cold weather clothing for the first time in more than four months.

For this post, the photographs are primarily of Helsingør and Gudhjem, and the next post will be focused on the rest of the island of Bornholm, and Copenhagen.