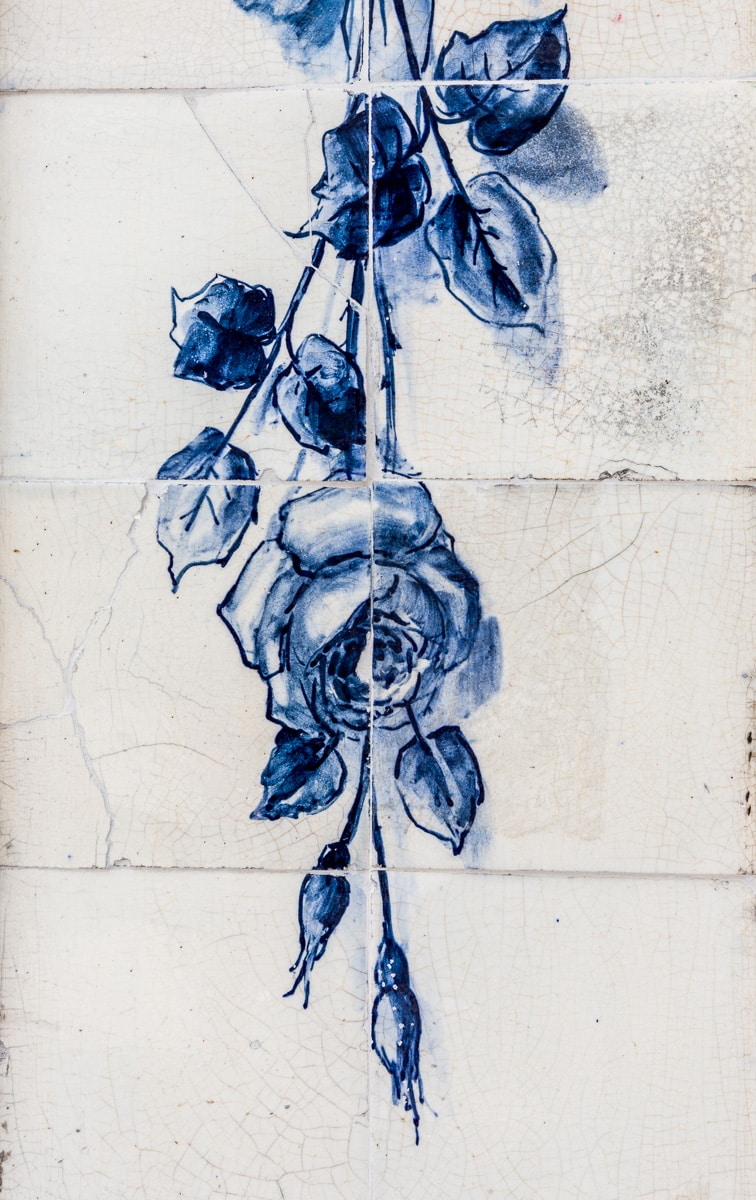 August-September 2019 – The dictionary definition is rather dry – “a kind of glazed colored tile traditionally used in Spanish and Portuguese buildings.” But the reality is that these azulejos are found on the interior and exterior of churches, palaces, ordinary houses, schools, restaurants, bars and even railways or subway stations. Their use has been not only as an ornamental art form, but also have roles in temperature control and exterior water-proofing.

These beautiful tiles date as far back as the 13th century, when Moors invaded the Iberian peninsula. The word azulejo is Arabic in origin and comes from az-zulayj, which roughly translates as “polished stone”. They were originally fairly simple pieces cut into geometric shapes in neutral tones. However, the arts foothold in Portuguese culture peaked between the 16th and 17th centuries. 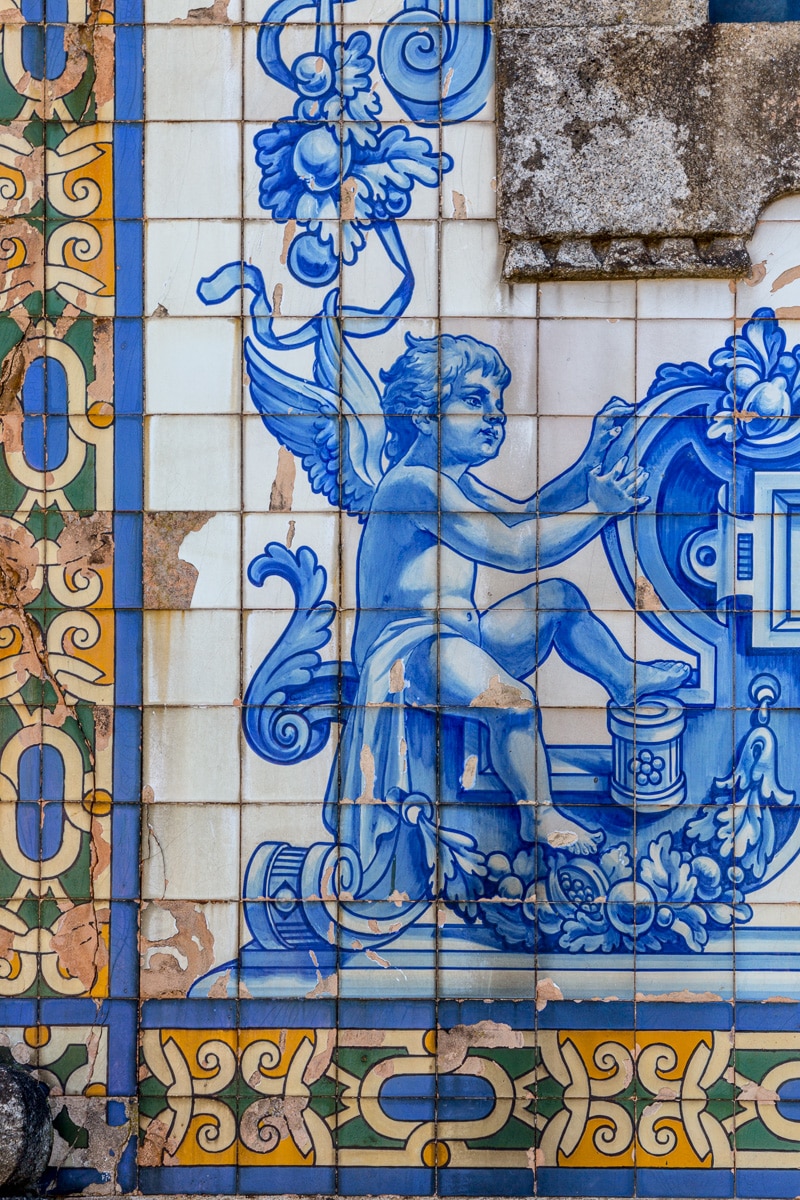 Antique azulejos used a simple color palate, dominated by blues and whites, considered fashionable at the time. Themes began as simple geometric shapes with interlocking geometric or floral patterns. As the art evolved, tile panels depicting allegorical or mythological scenes, scenes from the lives of saints or the Bible, or hunting scenes became prominent especially in the 16th century.

Between 1687 and 1698 King Pedro II stopped all imports of azulejos, and home-made blue-and-white figurative tiles, designed by Portuguese artists, became the fashion.

By the late 17th and early 18th centuries greater internal demand and the development of mass production fed the need for less expensive, repetitive tile patterns. This also coincided with large orders coming in from the Portuguese colony of Brazil. 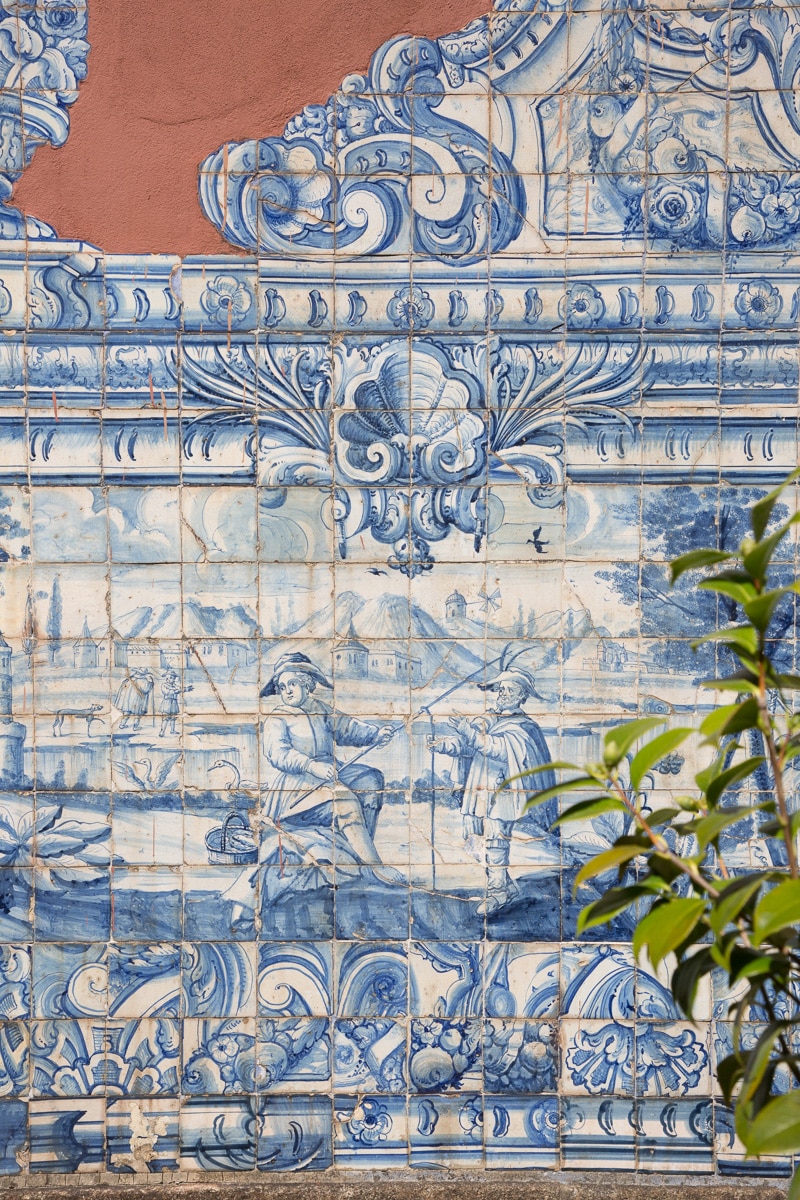 The great earthquake of 1755  destroyed Lisbon and many of the surrounding cities and towns. The reconstruction gave rise to a more bare and functional role for the use of azulejos. Small devotional azulejo panels began to appear on buildings to ward off future disasters.

From the late 19th  and early 20th centuries, the art nouveau and art deco movements took azulejos by storm, providing beautiful facades and interiors for shops, restaurants and other buildings. Additionally, as new buildings were being constructed when people realized that tiles on the outside helped protect against water, helped keep homes cooler in summer, and even reduced street noise. 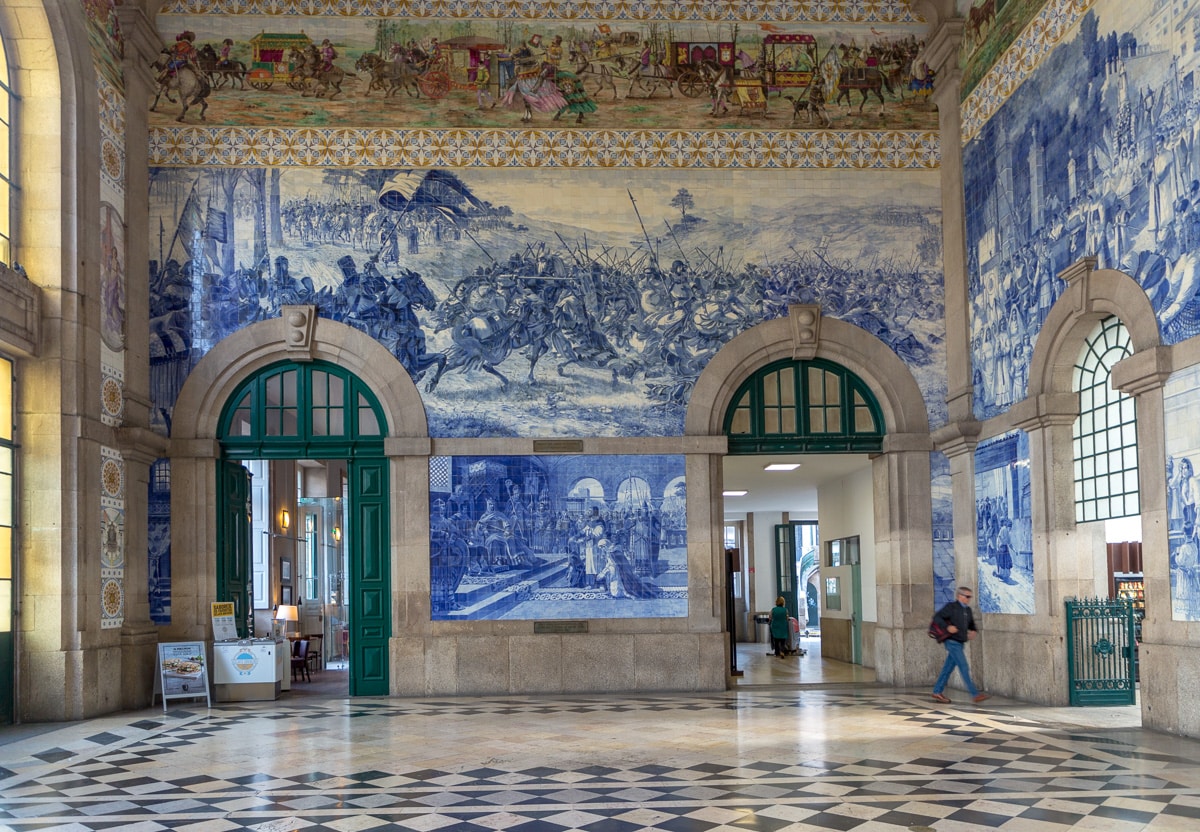 In the 1930s, artist António Costa created the monumental decoration in the vestibule of the São Bento railway station in Porto, consisting of 20,000 azulejos.

While the use of azulejos in the early- to mid-20th century fell out of favor, a revival began in the 1950s, when designers of Lisbon’s first metro station wanted a low-maintenance, easy way to have the spaces feel less disconnected from the outside. Portuguese artist Maria Keil was chosen to provide the designs, and her decorative flair features in 19 of Lisbon’s stations. Then the 1998 World Exposition in Lisbon introduced to the international scene, closed the gap between contemporary art and traditional tile painting. 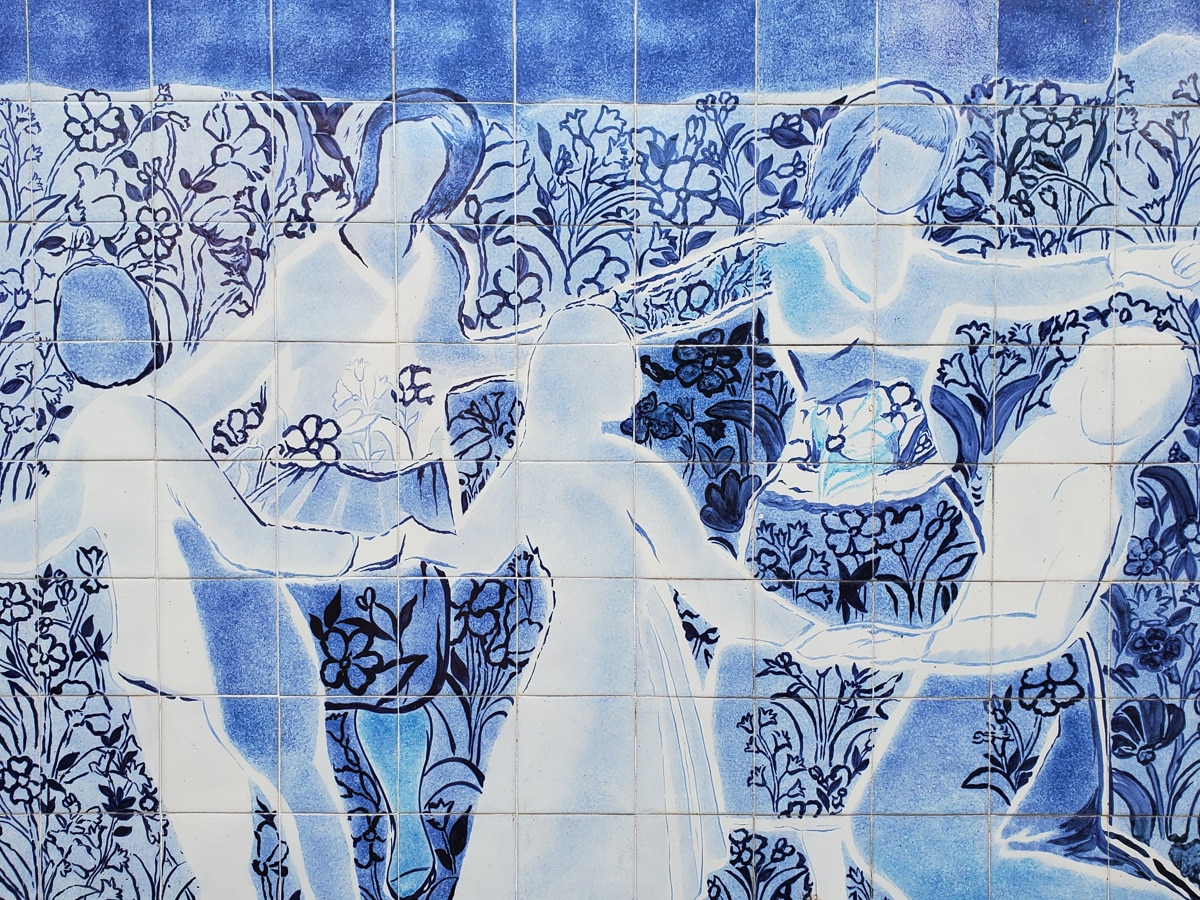 There are many fantastic works of modern and abstract azulejos throughout Portugal, and every time we turn a corner there is something new and marvelous to discover. And one of the best places all of the many styles in one place is in the Museu Nacional do Azulejo in Lisbon, that houses the largest collection of Portuguese tiles in the world.

The images here are a mere sample of what we have seen in Porto, Lisbon, and in many of the other towns and cities we have visited. I am often reminded of what one sees through a kaleidoscope, a beautiful and colorful series of symmetrical patterns. On one set of images I have zoomed in on 4-tile sections to show the patterns and details, but remember that in many cases these tiles cover the entire facades of multi-story buildings.