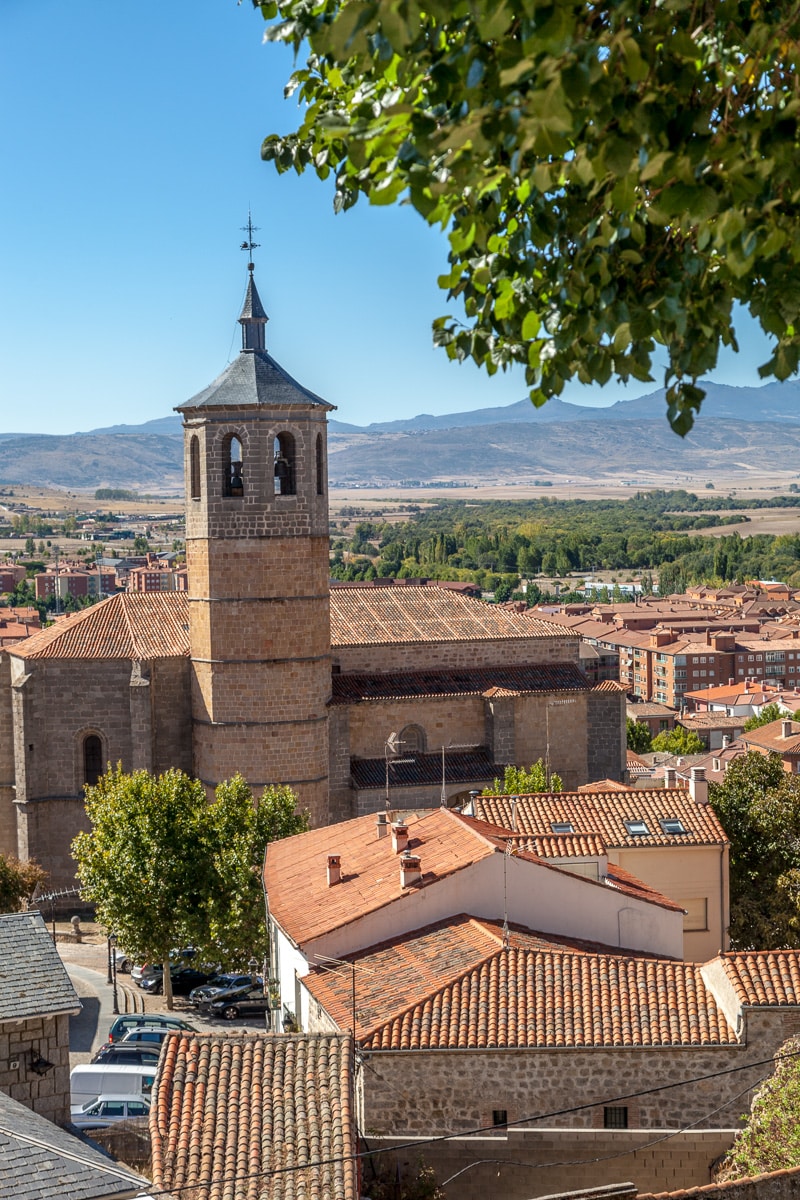 Inhabited since before the 5th century BC, Obila (“High Mountain”) was a small fortified town conquered by the Romans about 61 BC and named Abila or Abela. Its layout was typical for a Roman town of the period, rectangular in shape, with two main streets intersecting in the center at a forum.

After the fall of the Western Roman Empire, it was held by the Visigoths, then the Moors. Repeatedly attacked by northern Christian kingdoms it became essentially deserted. By 1088, the town was retaken from the Arabs and began repopulating. The leaders constructed a stone town and created the walls that still stand. 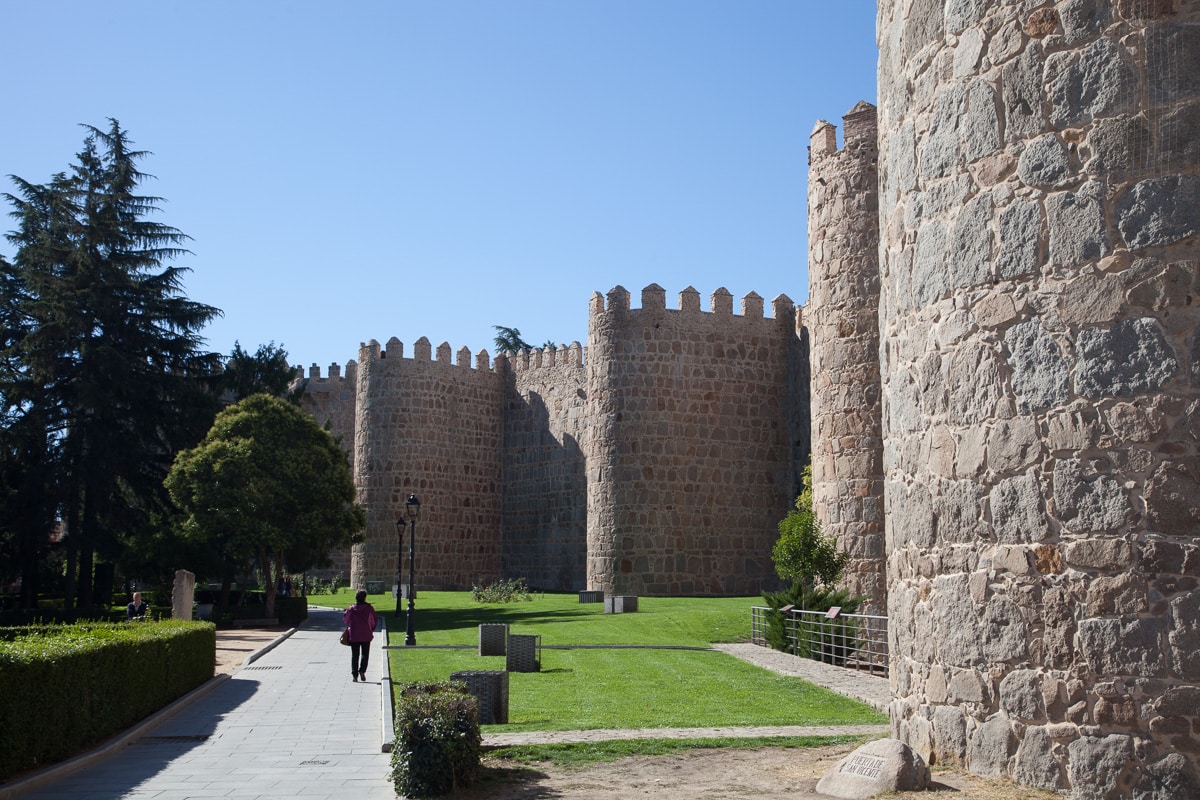 The walk on the wall covers only about half of the structure, but gives a marvelous view of the city, as well as the surrounding countryside. The view that defenders of the town had of attackers provides the imagination with plenty of mental images of the struggles of this small frontier town. The other view of the wall, from ground level on the outside, is an intimidating sight that must have required incredible commitment to attack.

We roamed the city enthusiastically for hours, stopping here and there to visit one of the many churches or to get a snack or drinks at a small bar or cafe. 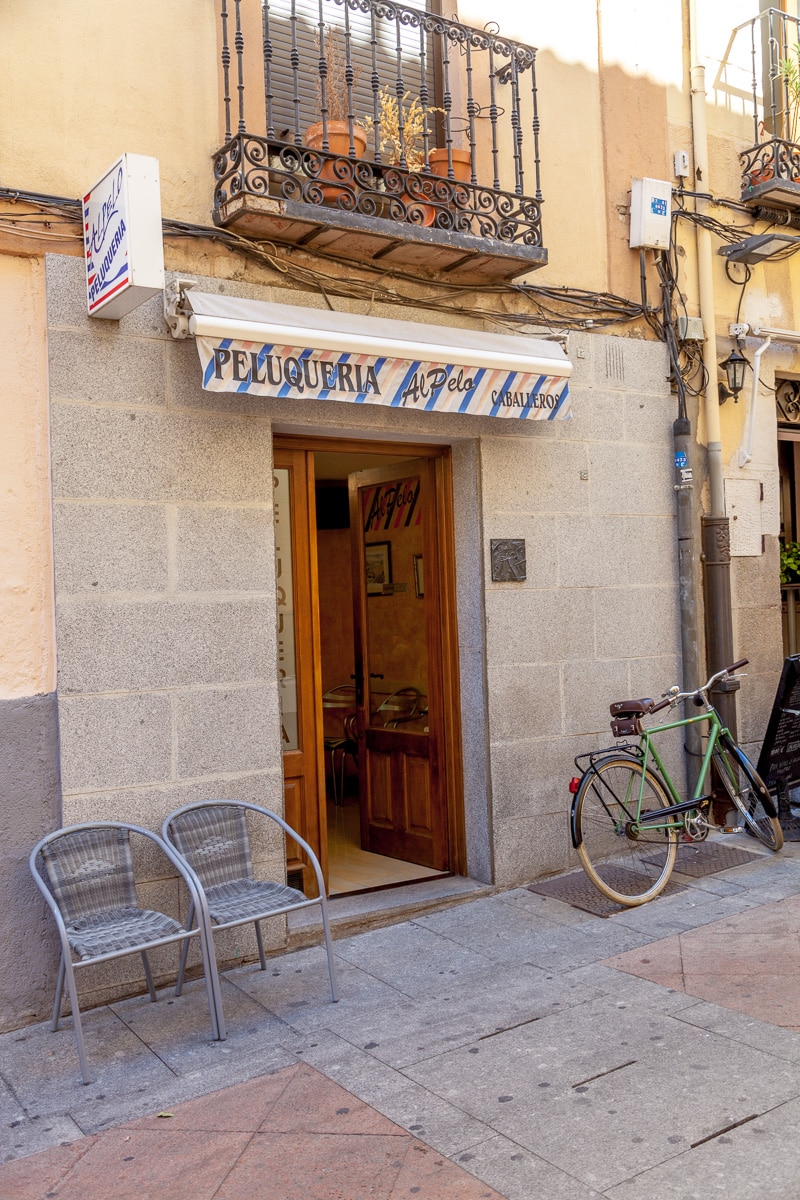 At one point, remembering that my hair was in need of cutting, we passed a barber shop so I inquired of the owner who was standing in the doorway “¿Puedo obtener un corte de pelo?” I received a positive response and was directed to one of the two chairs in the shop. I used the few Spanish words I could think of that might be helpful “corto” pointing to the sides and “largo” as I pointed to the top, then he grinned and said “¿normal?” I smiled and said Si, thirty minutes later I walked out with a good haircut for only €10. 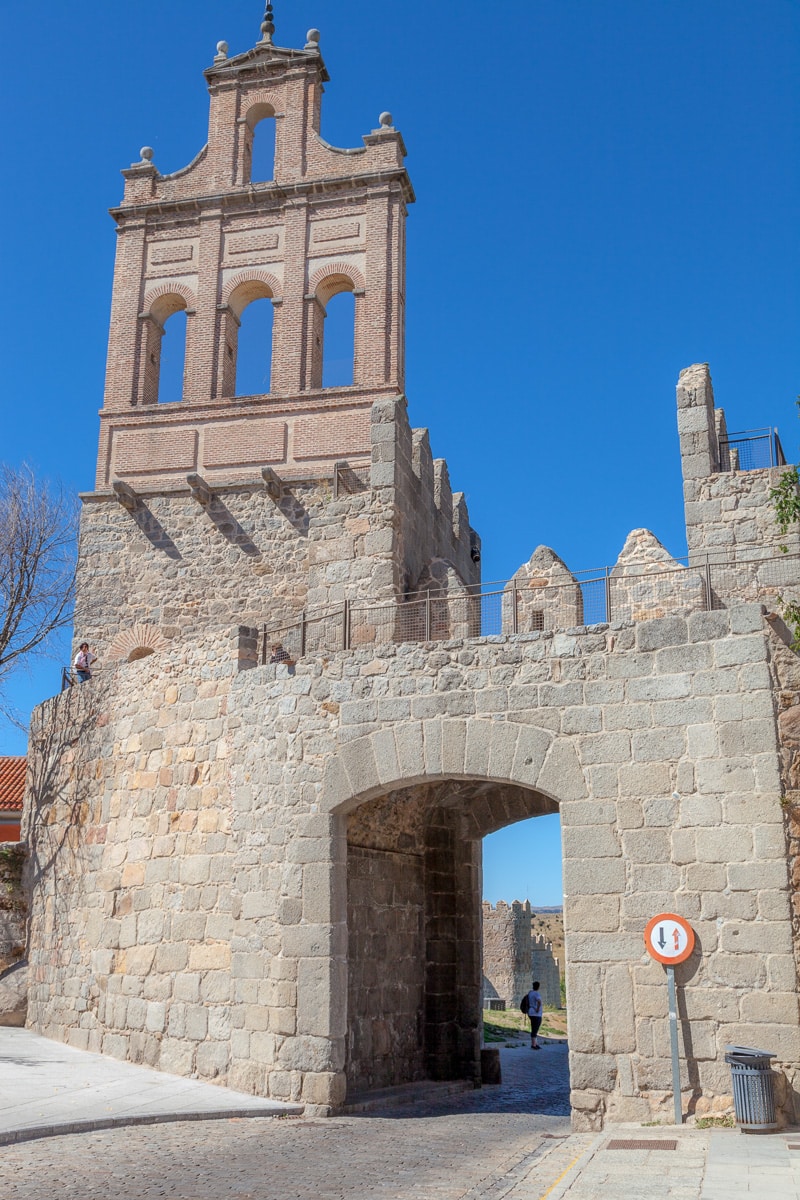 The iron-grey granite Gothic Catedral del Salvador de Ávila – Cathedral of Ávila – was likely begun in 1107, and incorporating part of the town walls, is half church and half fortress. Most of the cathedral that can be seen today was built between the 12th and 14th centuries. During this time, the architectural styles changed from Romanesque to Gothic, and the transition can be clearly seen in the interior. Early Romanesque parts are made of a striking red-and-white stone, while the Gothic portions were built with pure white stone. Additional highlights of the interior include the 13th-century sacristy, with a star-shaped cupola and gold inlay, and the treasury, with a huge silver monstrance and many medieval religious icons.

We had eaten a substantial meal for lunch, and after doing some night photography of the walls, we were hungry, but didn’t want a big meal. Remembering a small wine and tapas bar we had passed, we returned to have a glass of wine and a bite or two. Of course, we don’t speak Spanish, and the owners didn’t speak English, but with a few phrases, smiles and a lot of sign language we drank some good wine and ordered a bit too much food. We basically ordered a salad with jamón and, from what we could determine, the cook’s specialty – a skillet filled with potatoes, at least four fried eggs, lots of really good jamón and the local favorite queso (a manchego-like cheese). 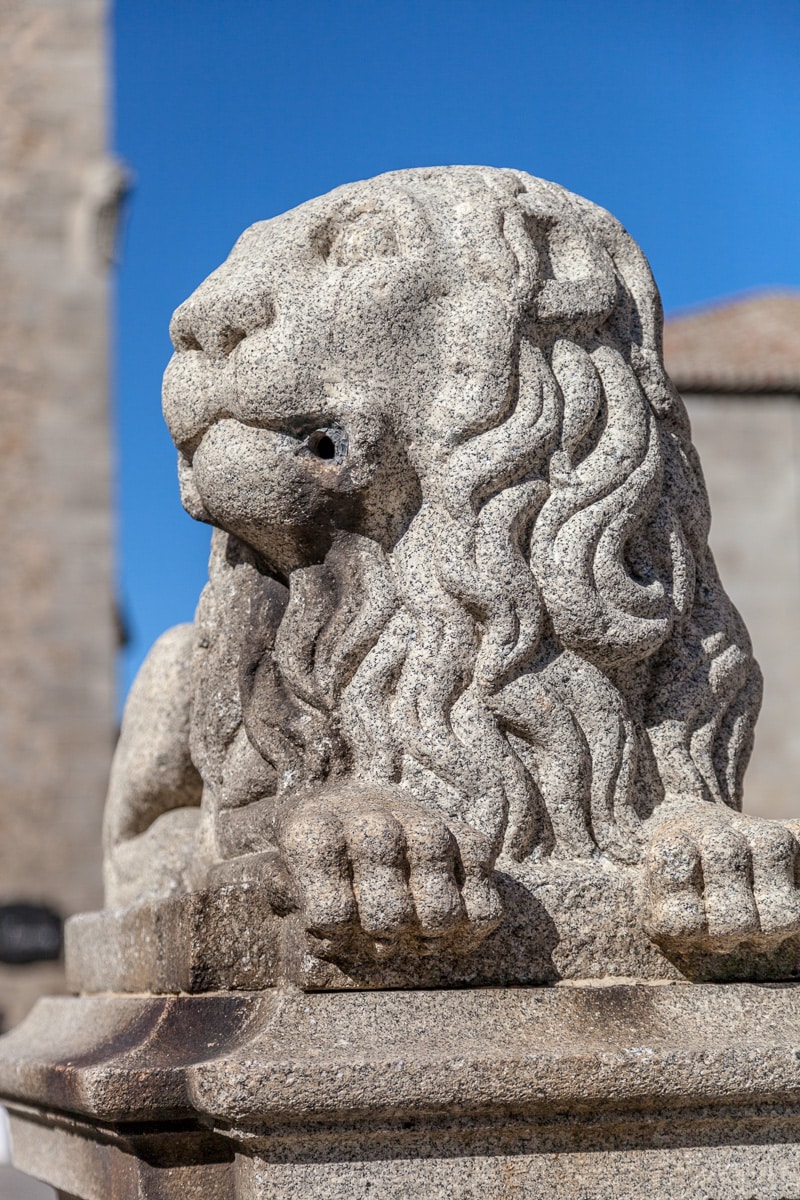 Here, I must take a moment to describe Jamón (ham-moan). Jamón is the Spanish word for ham. However, it is very different from the big hams that would be served at Thanksgiving or Christmas in the US.

Jamón is much more like the Italian prosciutto but is cured longer and tastes slightly different. It is sold everywhere in Spain.

There are two primary types of jamón: jamón serrano (meaning ham from the sierra or mountains) and jamón Ibérico (ham from the Black Iberian pig).

Jamón Ibérico puro de bellota, acorn-fed pure breed Iberico ham can cost well over $200 per pound. Though our tastebuds are not refined enough to fully appreciate that great of a difference, we have tasted a very good Ibérico de bellota, and it WAS good. The meat has a nutty flavor, due mostly to the acorns that the pigs eat and almost melts in your mouth, but such a simple description does not do this food justice.

There are tiendas or shops that only sell jamón. They will have dozens of legs hanging around the shop, and on the counters will be the special stands designed to hold a single leg used to slice the meat into paper thin slices. The slicing is an art in itself with the goal to get evenly thin slices with each cut. 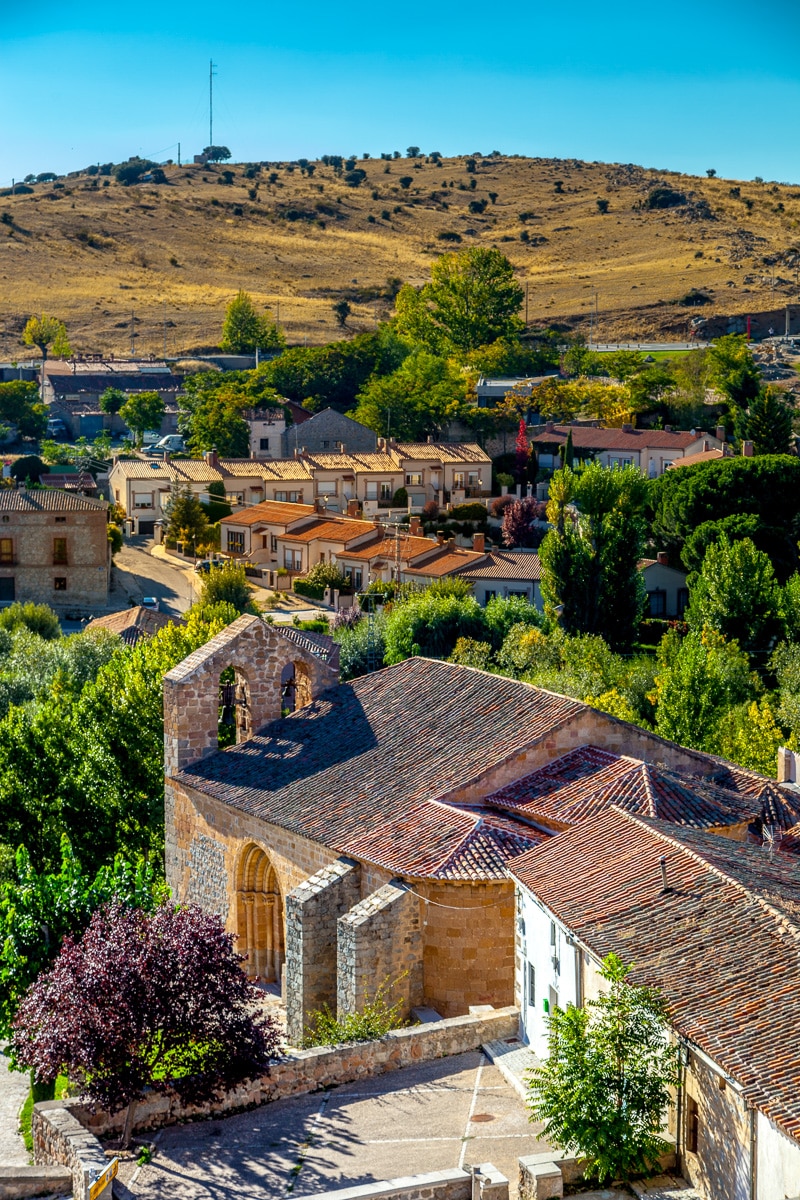 Jamón is almost a religion here.

After inadvertently eating a deliciously larger meal than we planned we made our way back to our very nice and centrally located hotel, Las Moradas within the walls near the Cathedral. It was only 10:00, and neither of us was ready to turn in so we took off to have another glass of wine. Being a distant, small town, things began to get quiet rather early, and most of the places were closing up. But we located a small bar located down in a barrel-vaulted cellar and enjoyed another glass of wine and had the room all to ourselves.

The next day we got packed and headed out early for breakfast; a standard lite fare of cafe con leche and churros for me and a Spanish croissant for Jeannie. Then it was off again to wander the city some more. 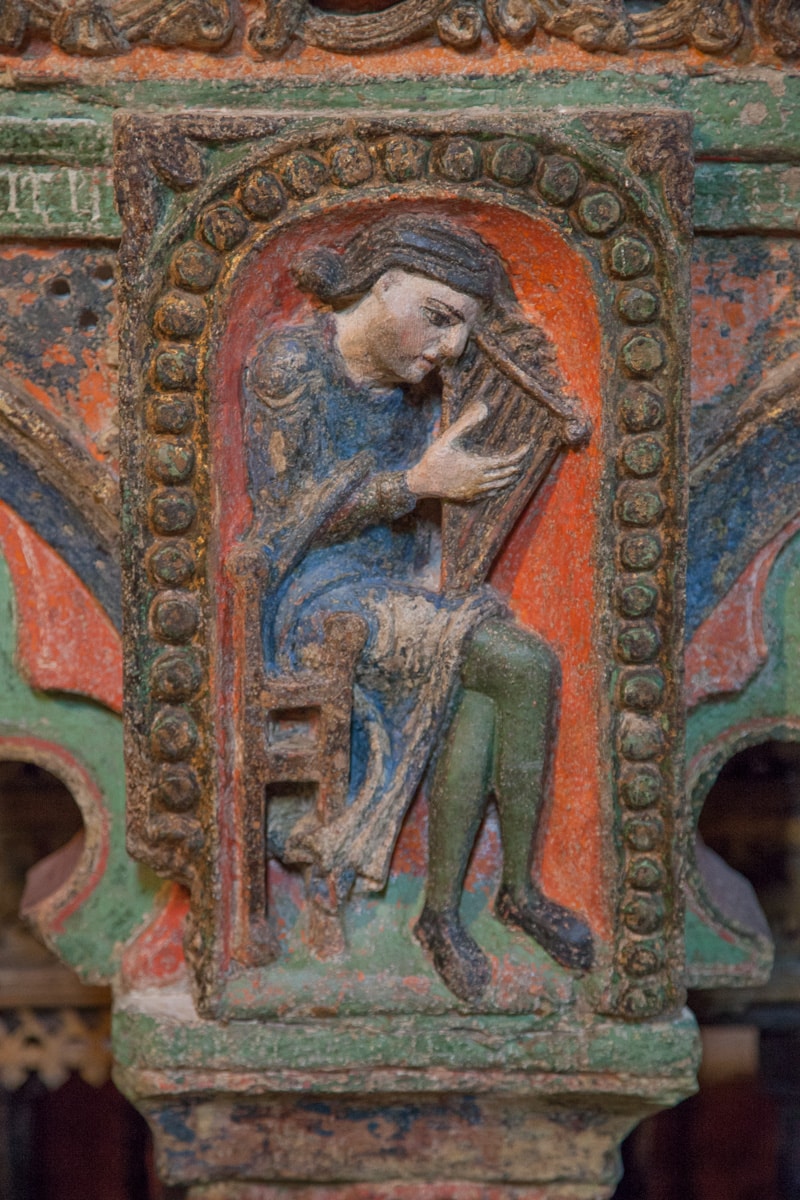 Our first stop was the Basilica de los Santos Hermanos Mártires, Vicente, Sabina y Cristeta, otherwise known as Basilica de San Vicente. Considered one of the best examples of Romanesque architecture in the country its construction began in about 1175 to honor the Christian martyrs Vicente, Sabina and Cristeta killed in 306 AD during the rule of the Roman Emperor Diocletian.

The decorated western and southern gates are especially interesting, and inside, the most renowned attraction is the polychrome stone cenotaph of the martyrs, a beautiful example of Romanesque sculpture.

Eventually we made our way across town to the Real Monasterio de Santo Tomás or Royal Monastery of Saint Thomas, from 1493. The monastery is especially notable for its three cloisters. 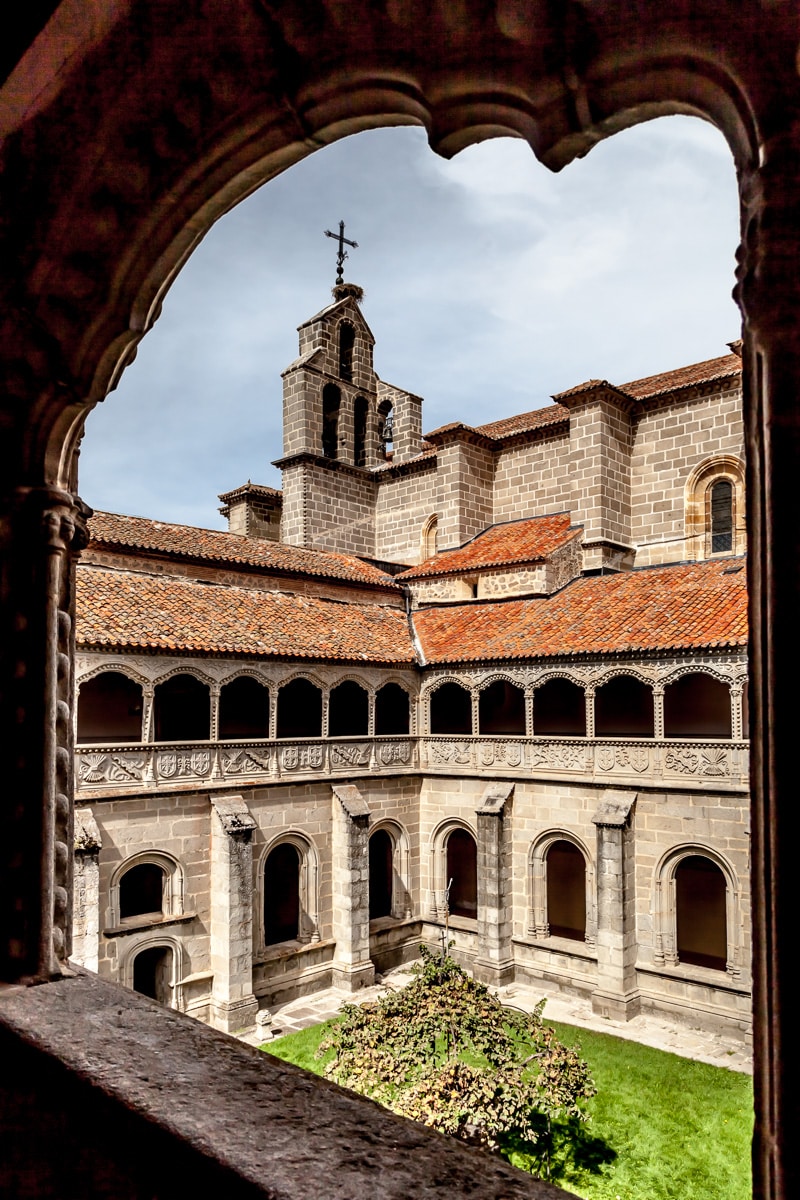 Our tour of the monastery ended with a couple of hours before our 4:00 PM train back to Madrid, and it was the beginning of the lunch hours. We wandered back toward the estación de tren, looking for someplace to eat. There were few choices since we were walking through residential areas filled with only apartment buildings and small businesses.

As we turned onto the street of the estación, we came across the same café where we had stopped for coffee just after our arrival the day before. After trying to translate the “Menu del Dia” or menu of the day, but having difficulty, the waiter came over and provided some assistance. We weren’t 100% sure what we ordered, but once it arrived all was well, and we had a delicious meal consisting of two courses, and including water, bread, wine, and coffee for only €10 each!

Well-fed and tired from the morning’s walks, we sank into our seats on the train. We watched the dry, rolling-to-mountainous countryside pass by as the gentle rocking of the train tried to lull us into light sleep which, for a while, it did.