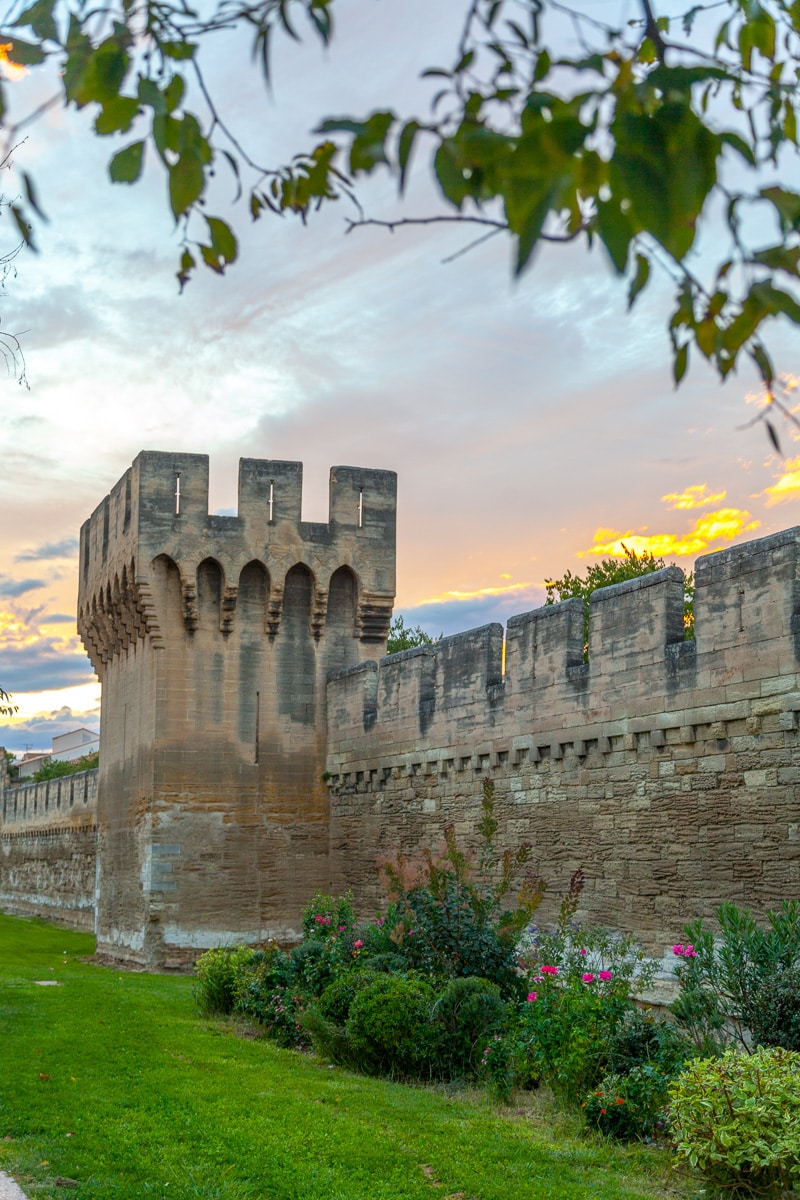 As the TGV high-speed train leaves Strasbourg behind, the realization that we are leaving France is really beginning to sink in. In total, we have been in-country more than 9 months, and we are now heading to Spain with a two-night stop in Avignon.

If we had taken the train straight through to Madrid, it would have been a 12+ hour journey, so we opted to break it into two parts, and stop at Avignon to visit the famous Roman aqueduct not far outside of town.

The high-speed trains in Europe are fast, usually travelling in excess of 200kph (125 mph on the long, straight, isolated stretches). Even at those speeds the ride is smooth and quiet.

Our arrival was on time at the TGV station at Avignon, which is well outside of town, as the older conventional terminal and tracks in-town cannot accommodate the high-speed trains. We quickly located the taxi area and loaded up our two large rolling duffle bags, small rolling case, a medium-sized regular duffle, briefcase and our two small backpacks. When relocating, we utilize taxis since we have too much luggage to easily navigate the public transport systems that are available. 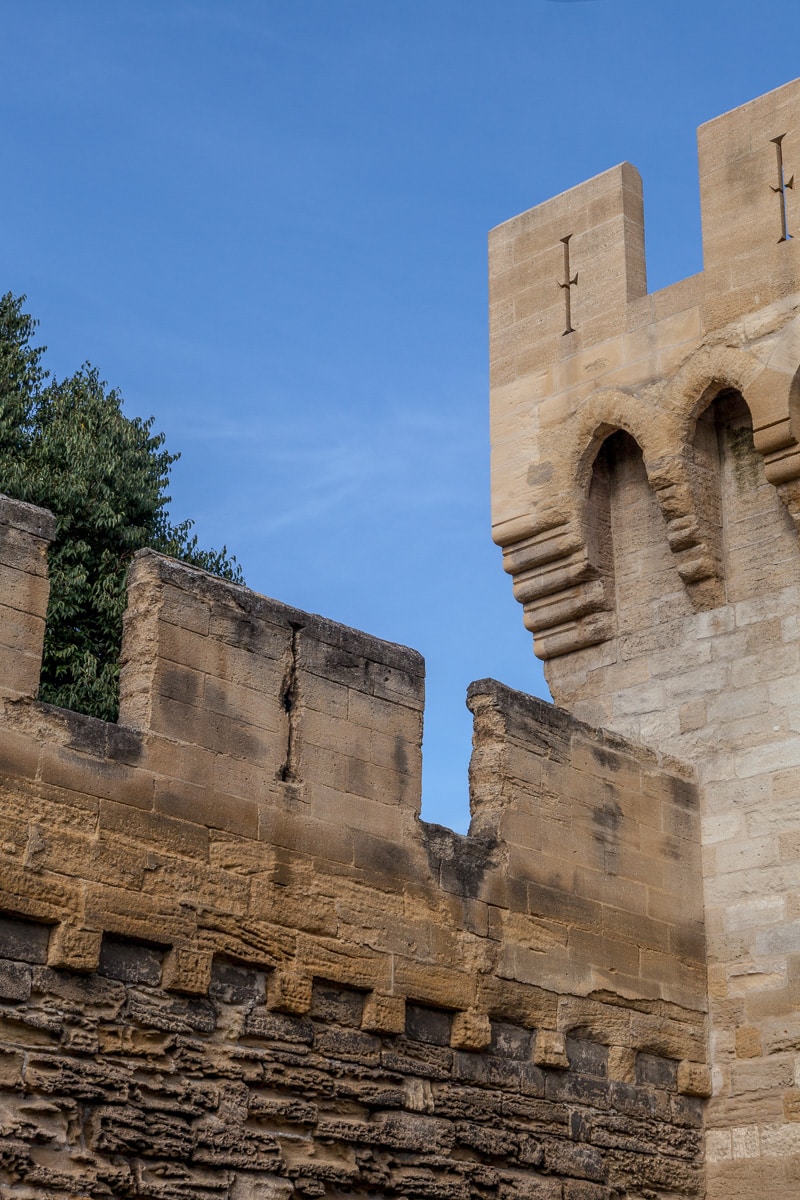 The hotel Jeannie had arranged, the Novotel Avignon Centre, was just across the road from the ancient town center surrounded by its medieval wall. It was a great location, and since it was arranged well in advance we got a great rate, and it turned out to be a really good value.

After settling in we took off to explore this ancient city on the banks of the Rhône River (the same as passes through Lyon). The site of Avignon has been occupied since the Neolithic period, and the name has been found recorded as far back as the 6th century BC.

Over the centuries, Avignon was invaded and sacked by Goths, Burgundians, Moors, Franks and many others. The current fortifications surrounding the city are more than 5k (3.1 miles) in length, with thirty-nine towers and were built in the mid-1300s.

Yet, it was in the 14th century that the city ensured its notoriety when Pope Clement V decided to make Avignon his permanent residence. During the Avignon Papacy, seven successive popes resided in here. The Palais des Papes remained the residence of the Italian Papal legates for nearly four hundred years after the Papacy had returned to Rome, until they were expelled in 1791 during the French Revolution. 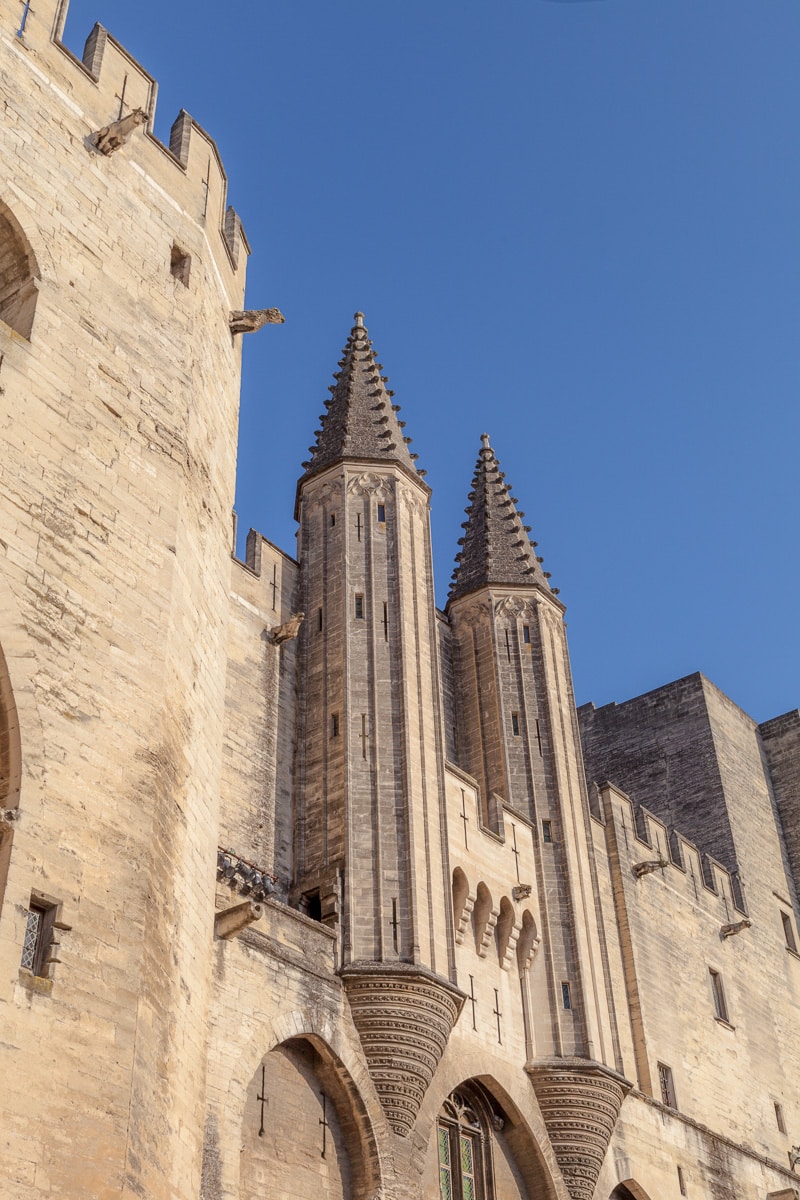 We stopped for a cool drink at a cafe on the Place du Palais just outside of the walls of the Palais des Papes, one of the largest and most important medieval Gothic buildings in Europe. It is always interesting to imagine the past as it may have occurred in this exact place. The day-to-day activities, the conflicts, the pageantry could have all been observable from where we sat.

As the day wore on, we wandered further. We saw the Pont Saint-Bénézet, also known as the Pont d’Avignon that originally had 22 stone arches but now has only four remaining. Unfortunately, since the arches tended to collapse whenever the Rhône flooded the bridge was too costly to maintain. Thus in the middle of the 17th century the bridge was abandoned, and now is a bridge to nowhere.

The next day streamed through our east-facing window brightly and woke us before the 6:30am alarm we had set. We promptly got ready for the day and had breakfast in the hotel restaurant before meeting ? Luceine? our delightful young tour guide from Provence Panorama Tours. We were the first to be picked up by the van and we quickly found the remaining four members of our tour, two couples traveling in France on holiday. 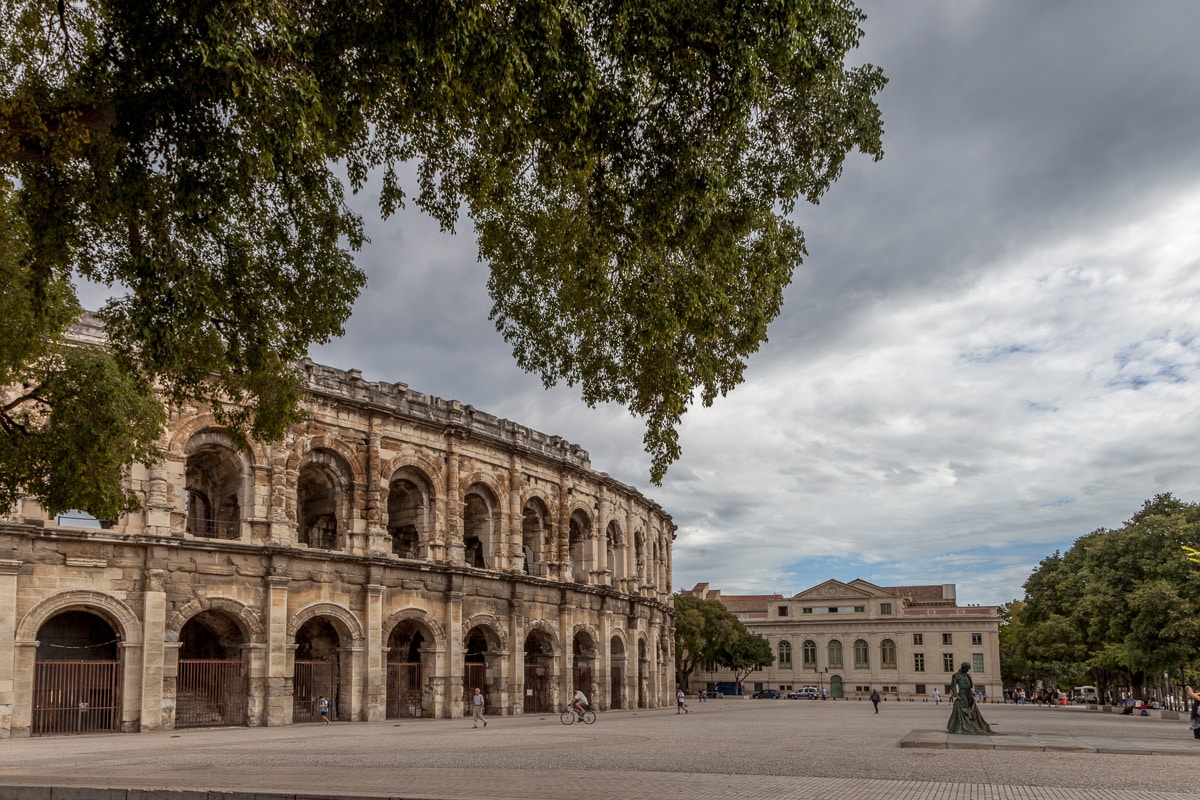 Our first stop was Nîmes, a place we had visited when we were living in Montpellier, with its Roman temple “Maison Carrée” and Roman amphitheatre. It didn’t matter that we had seen them before; it was just as fascinating the second time.

From Nîmes we traveled through the harsh, scrubby garrigue landscape and into the mountains on very curving roads to Uzès where a Roman aqueduct was built in the first century BC, to carry water from a spring to Nîmes, 50 km (31 mi) away. Though we didn’t see the spring, the charming town was bustling and busy. We had a short time to wander and could have used more, but we were more interested to see the highlight of the tour which was the Pont du Gard. 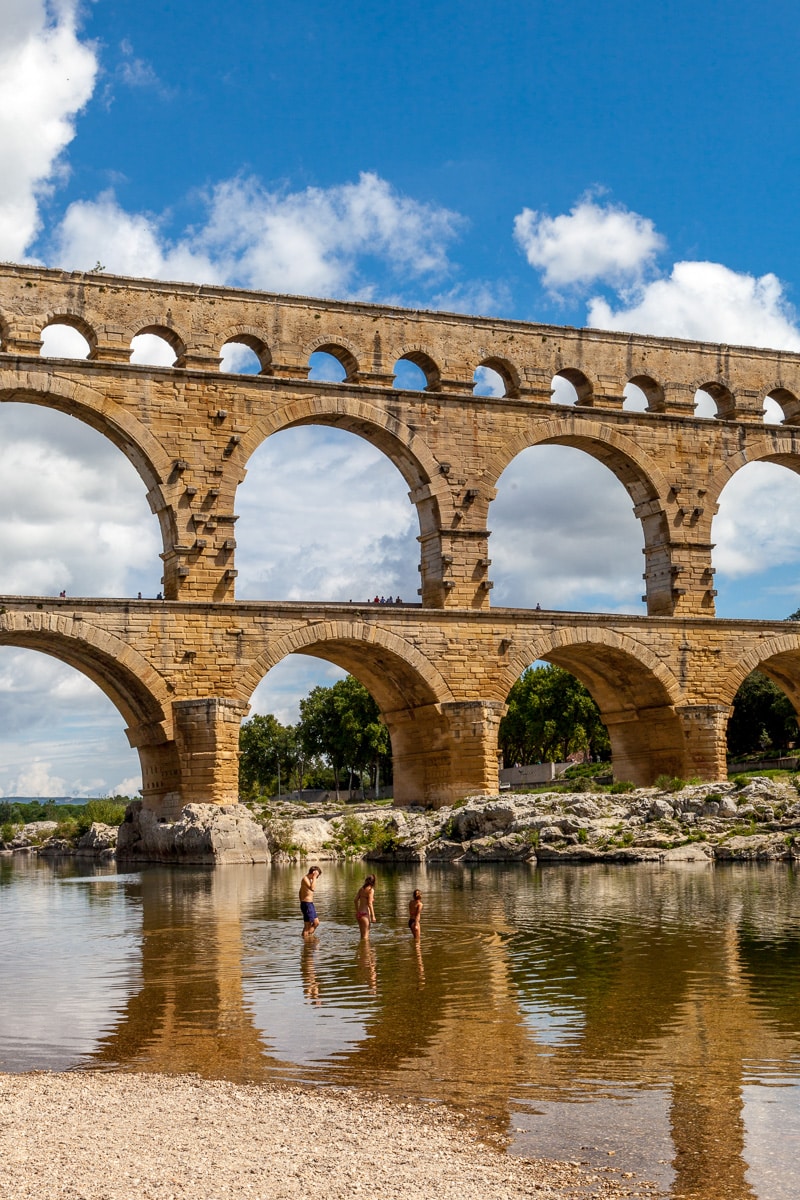 The technical achievement that stands today is a testament to the knowledge and skill of the Roman architects and hydraulic engineers. However, while they created an engineering masterpiece, today it also stands as a work of art and beauty.

Unfortunately, it is often the nature of tours that you never have enough time to fully appreciate any one place. Such was the case at the Pont du Gard, and again it was time to load up and return to Avignon where we said goodbye to our friendly guide and amiable Aussie companions.

By this time, we were tired, hungry and needed to prepare for tomorrow’s final leg to Madrid. So, back at the hotel we got cleaned up and went out for as early a good meal as we could find, and then turned in for a good night’s rest. We would need it.

The next day’s events have already been posted out of sequence. We apologize for the temporal displacement.