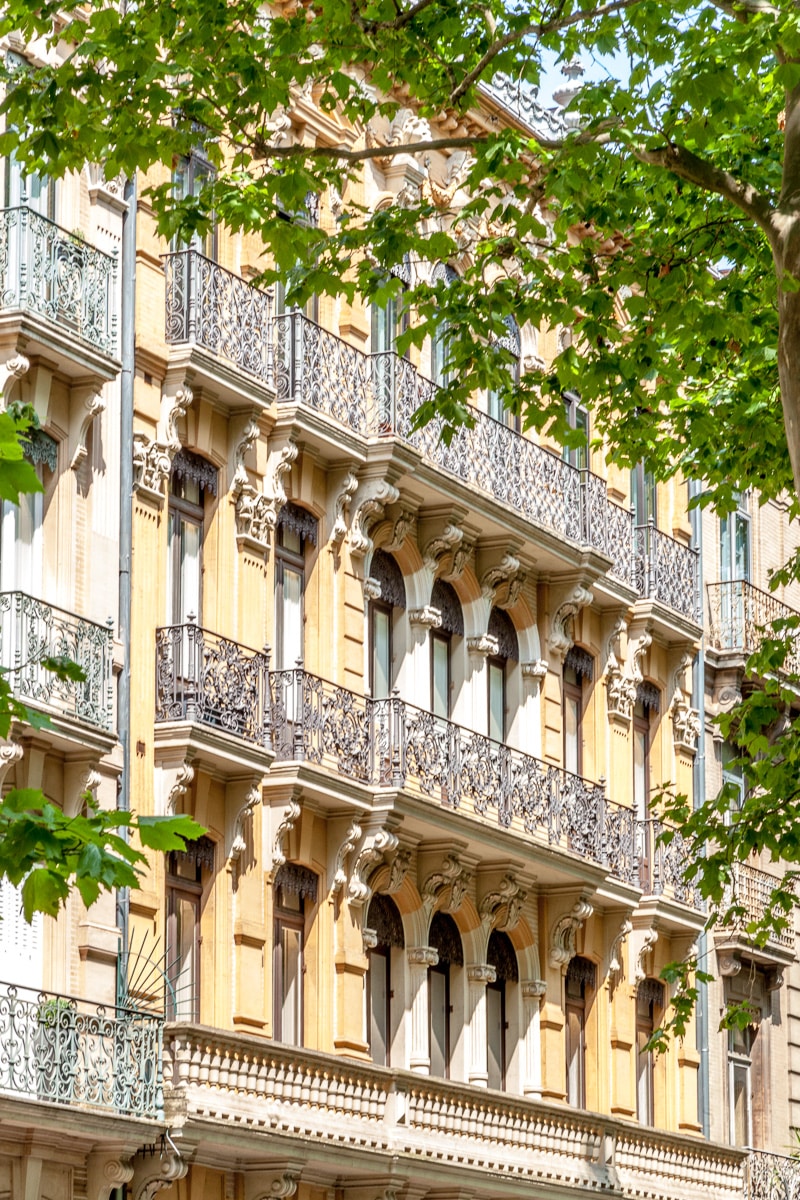 Even here in France where our lack of language skills reduces our conversations to basic phrases and often results in puzzled looks that ask “What did they say?”, we have developed a range of friendships that, however small, have warmed our hearts daily. It is constantly reassuring how friendly everyone has been. Though some people cannot take enough time simply because they are busy, most have gone out of their way to accommodate our inadequacies and help as much as possible … and with a smile. 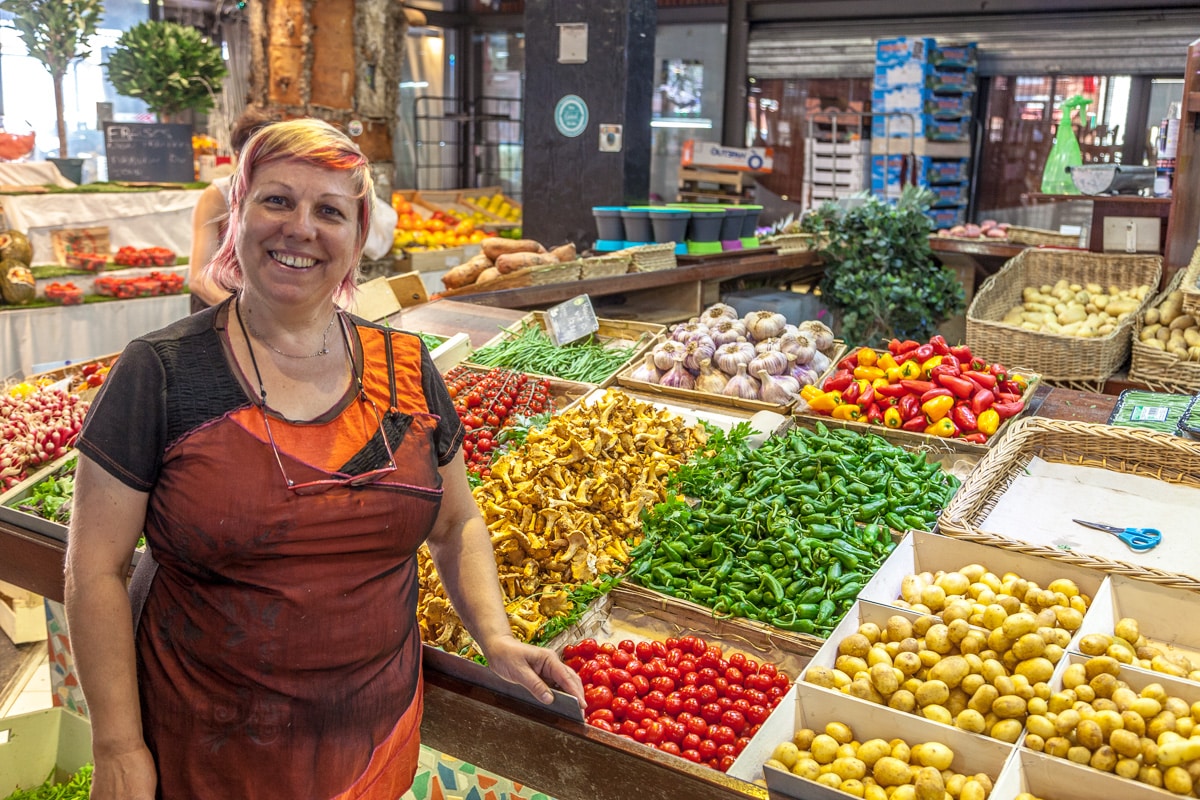 Our almost daily trips to the Marché des Carmes were always both a challenge and a delight – a challenge due to our limited French, but a delight due to the patience and friendliness of the vendors. It certainly helped that we returned to the same stalls week after week.

Our bread from the “Boulangerie Cadenet” was some of the best we tasted in Toulouse and the most helpful young man, Benoit, regularly assisted us. We purchased our cheeses and dairy from either Nathalie at the “Crèmerie Epicerie Vincent & Nathalie” or one of the staff at “Sena Fromager”. 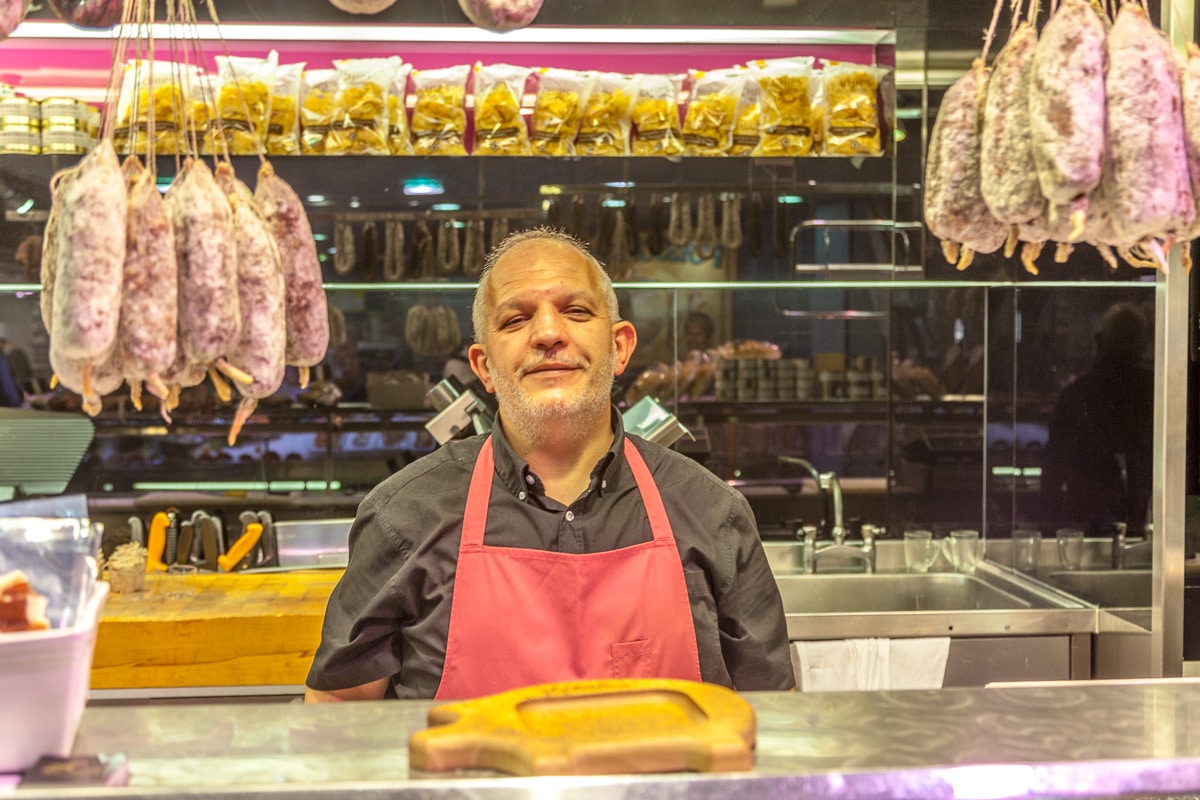 Monsieur Chavanne at “Charcuterie Deux Chavanne” was extremely helpful (and patient) and had the freshest cuts of meat and sausages, and some of the best saucisson (French salami) around; and we always appreciated the family staff at the “Poissonnerie Troy” for assistance with fresh seafood, and for seasonally fresh fruit and produce, Sylviane at “Chez Sylviane et Didier” could speak English, so patient when we bought tiny quantities. 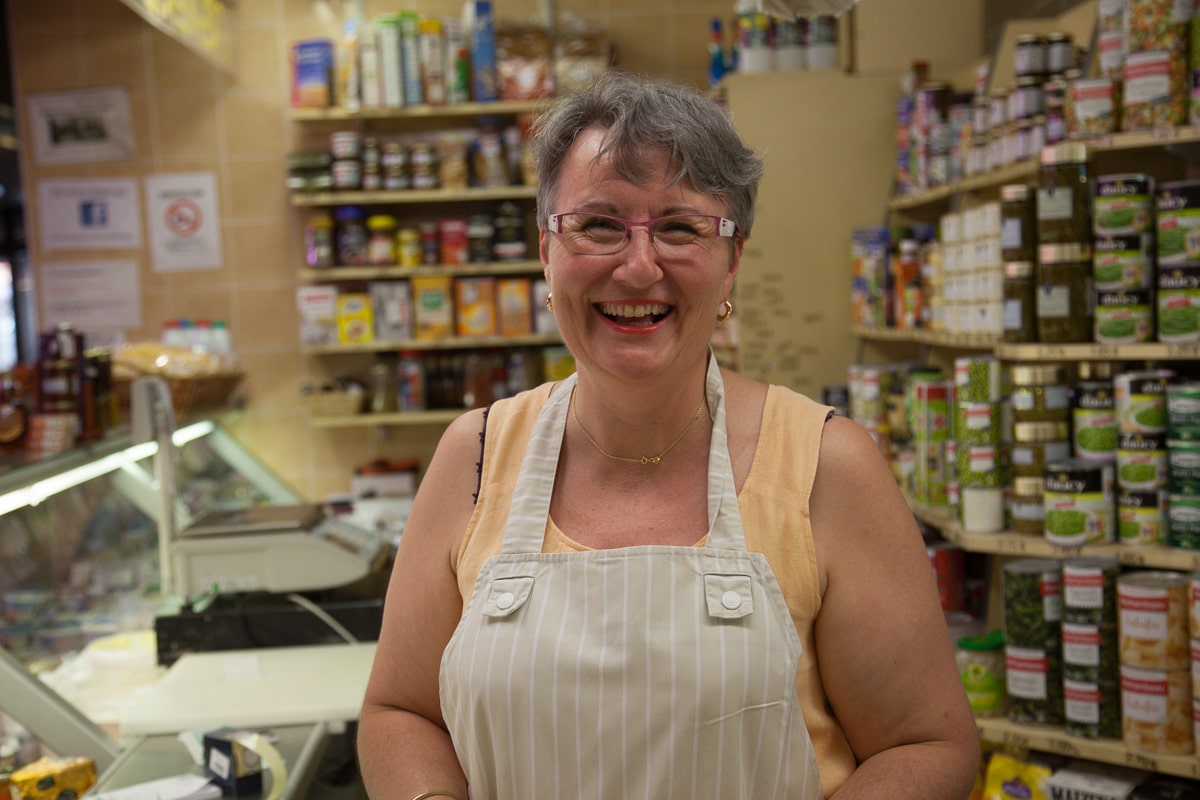 There were many other vendors in Marché des Carmes that we did business with as well as across town at the other markets and shops, but these folks were our neighbors and after a while we felt a connection to each of them. 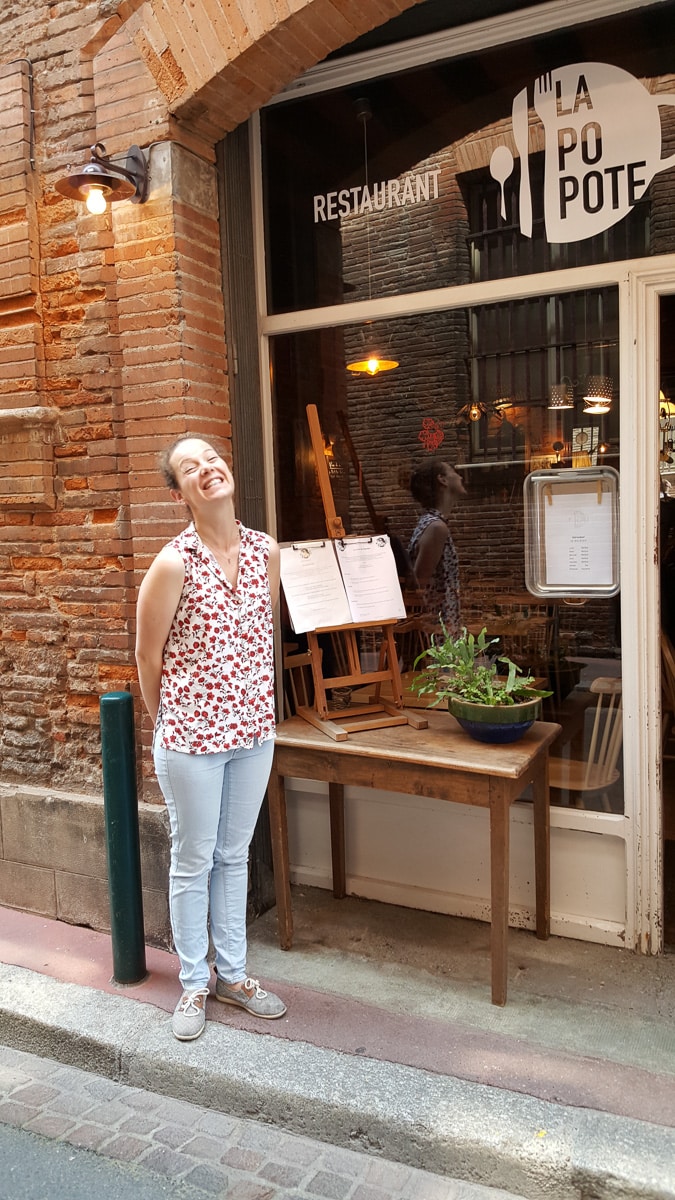 However, we do enjoy eating at a variety of restaurants, bistros, cafes and small food vendors. We mostly eat out at lunch since it’s generally less expensive, and after a full day of walking 8km+ (5mi+) we aren’t always up to going out again. Besides French restaurants rarely begin serving dinner until after 20h00 or 8:00pm.

Of the many restaurants in Toulouse we tried, we dined in only a few more than once. Le Popote, a small, charming, friendly, and well-rated restaurant practically across the street from our apartment building was one we returned to several times. The husband and wife team – Matthieu and Virginie – prepare and serve fresh local products, perfectly cooked with an original French touch.

Many of the best and favorite places we’ve dined in have been small establishments. Usually one person in the kitchen and one serving the customers, and while it can mean a wait, especially when busy, the food has more often than not, been creative and delicious. Other similar favorites were “Le Nouveau Thé” and “La Greniere Pepe”, two additional places where we ate lunch and experienced the true local flavor. 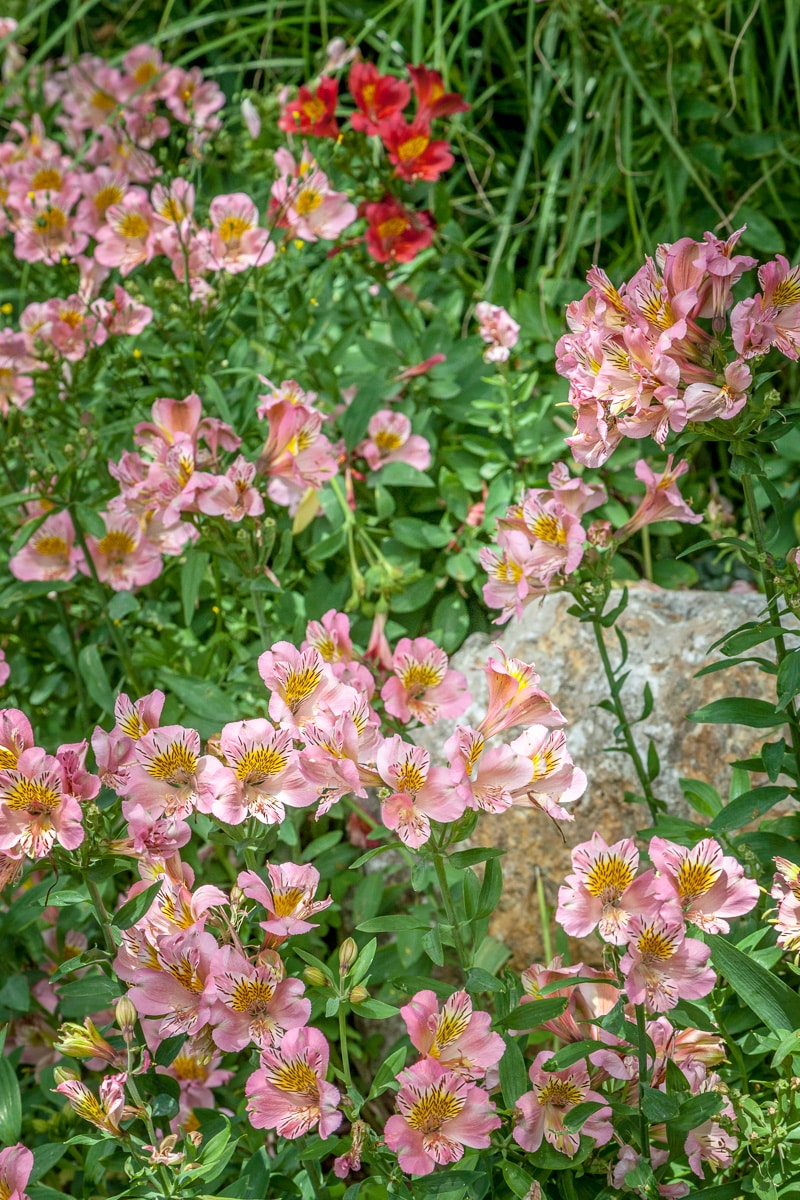 However, it’s not all about food. There were so many people that however briefly came into our lives in Toulouse. The staff at Sejour a Toulouse, the rental management firm for our apartment, was outstandingly friendly and helpful.

There was one very special friend that we made while living in our apartment. On several occasions we encountered a neighbor, a lovely elderly woman “Madam Valat”, as we came and went. We always greeted her with “Bonjour madam” each time we met, and from the beginning we saw the twinkle in her eyes. There were many attempts to converse, but our broken French and her limited English made the encounters difficult.

Yet each time we would meet, in the lobby, as we ascended the stairs past her apartment one floor beneath ours, or in the Marché des Carmes, the conversation would renew with grand smiles and the traditional “faire la bise” or cheek-kisses. Also each time we met we were able to communicate even more. They were simple conversations to be sure, such as places we had traveled, where we had shopped, and so on. Early on we were invited over for tea or coffee, but we had plans so it didn’t work out, though we hoped that it would work out before we left. 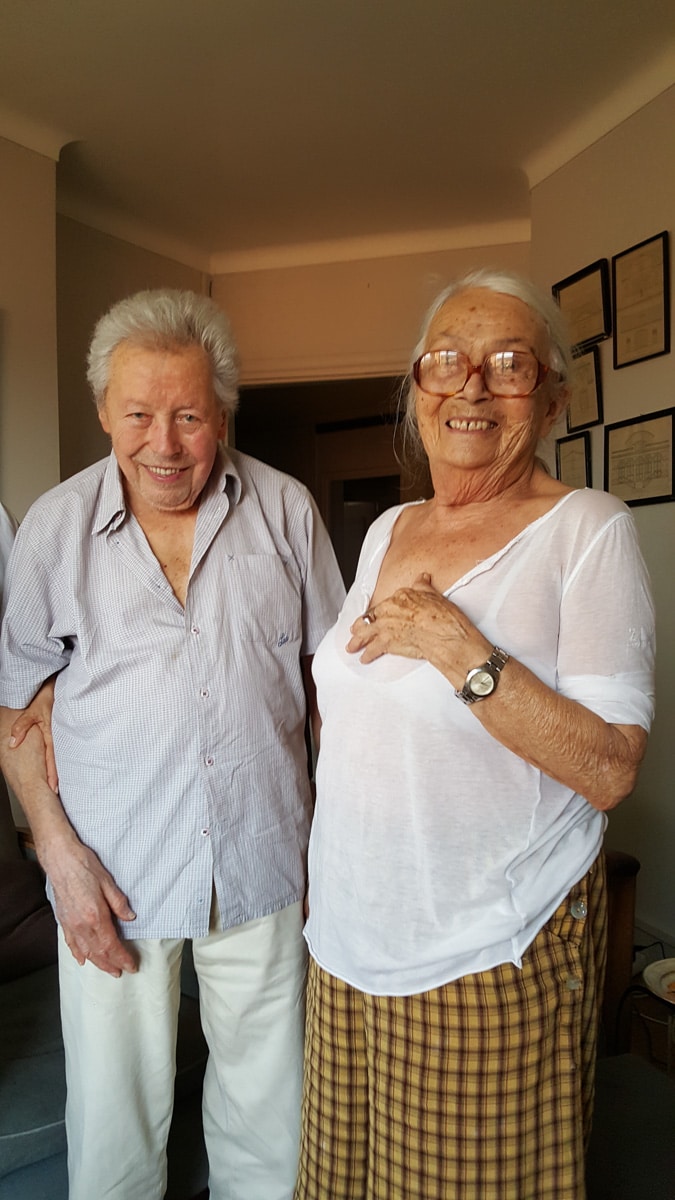 Over the time we were living in the building, we would run into other residents. None of the meetings went much beyond pleasant greetings and a few words here and there. Still, we got the feeling that they knew some things about us.

The chance encounters continued occasionally until one afternoon not long before our leaving, as we climbed the stairs we again bumped into Madam Valat and her daughter, Christine, who spoke English! In the presence of a “translator” the conversation opened up and we were once again invited to come over for a drink later. We promptly accepted.

At the appointed time we knocked on our neighbor’s door and were warmly greeted by Christine and her mother. After being introduced to Monsieur Valat, a cold bottle of prosecco was opened and we had a very special afternoon. We shared stories, photos, and experiences, and Christine’s English skills allowed us all to learn so much more about each other than we could have without her. We left feeling that we made a good impression and new friends as well. 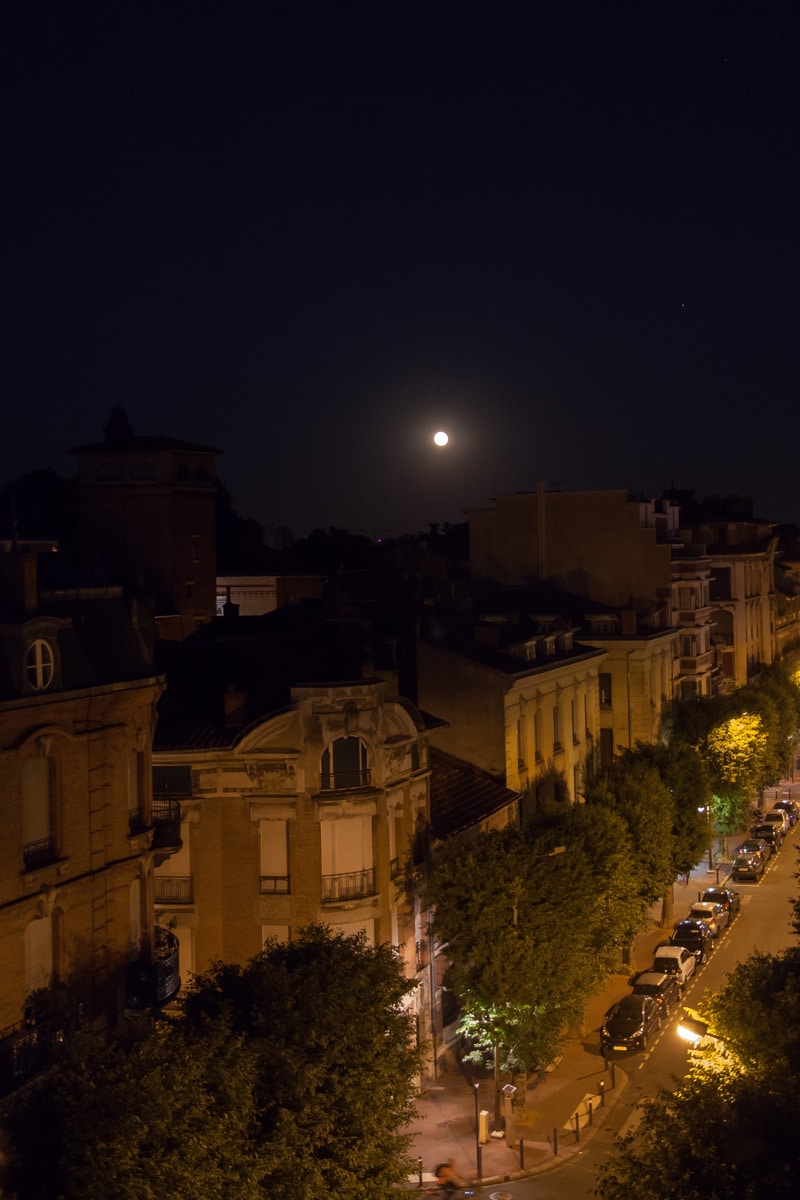 There were so many other wonderful people that added to the magic of our time in Toulouse – too many to mention them all. But even though we may never see them again, we like to think there was a personal connection, however small, and just maybe they will remember us with a smile.

And so, we are going somewhere new. We will, once again, leave a piece of our hearts in a place. And once again we remind ourselves that we aren’t leaving a place as much as we going to a new place, this time to the Cotswolds in England. Even so, our hearts are filled with wonderful memories and experiences, and lots of photographs.