Throughout our travels, there has been one thing that has been the greatest delight, and has meant the most to us – the people we have met and the friends we have made.

Having said that, we were walking in the Killarney National Park one afternoon before we visited the Beara Peninsula, when we were approached by a woman who asked if we had seen the deer in the woods not far from where we were standing. Indeed, we had not, and a conversation ensued. We then discovered that Miriam was from Killarney where she is a school teacher, and a musician as well.

Eventually we got around to telling our story, and gave her one of our cards with our blog address and contact information then said goodbye.

It was another of many wonderful encounters … but it didn’t end there.

A day or so later, we received an invitation to dinner at the home of Miriam and Mick. It wasn’t until we had accepted that we realized that it was scheduled for April 1st, the same day as our wedding anniversary (42 years). We hadn’t yet made plans and as we discussed the upcoming event, it struck us as apropos that as we travel new roads we celebrate with new friends. 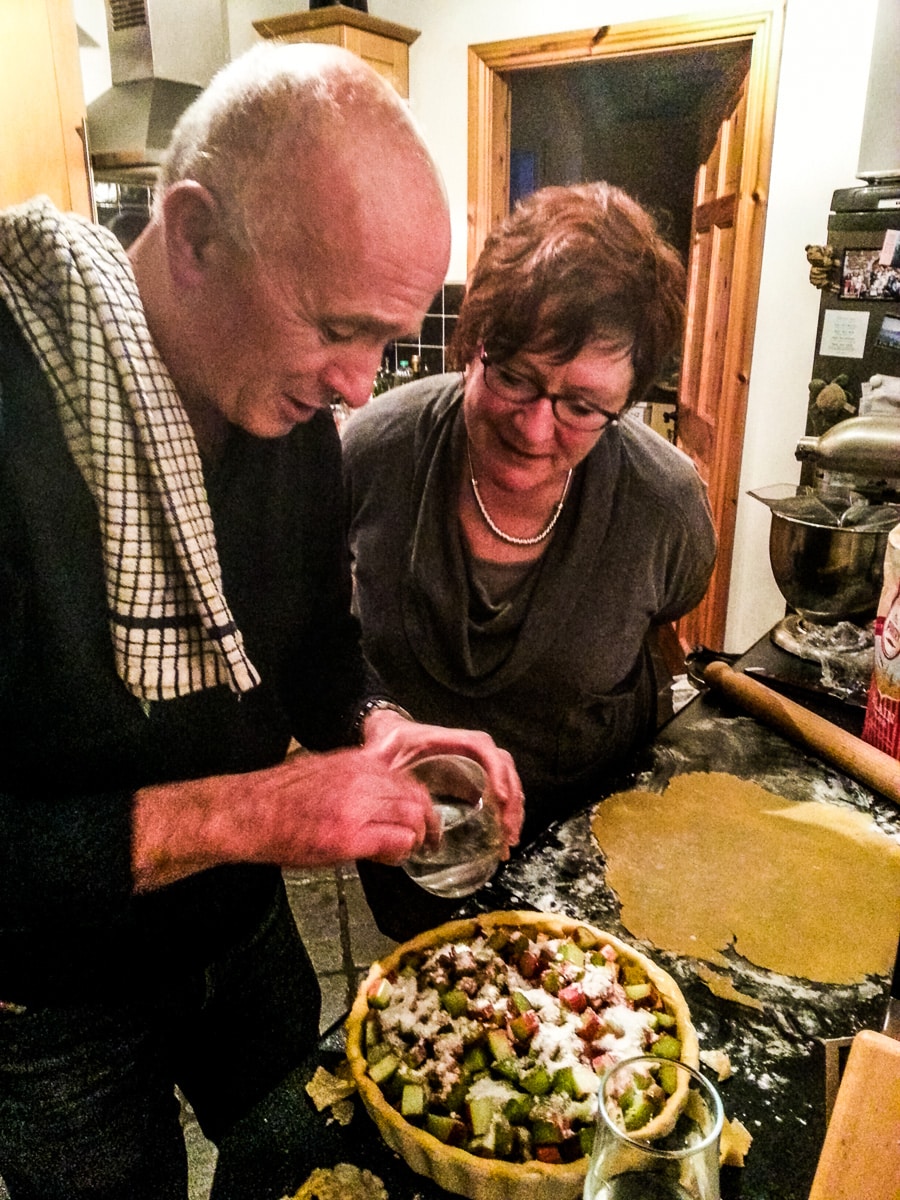 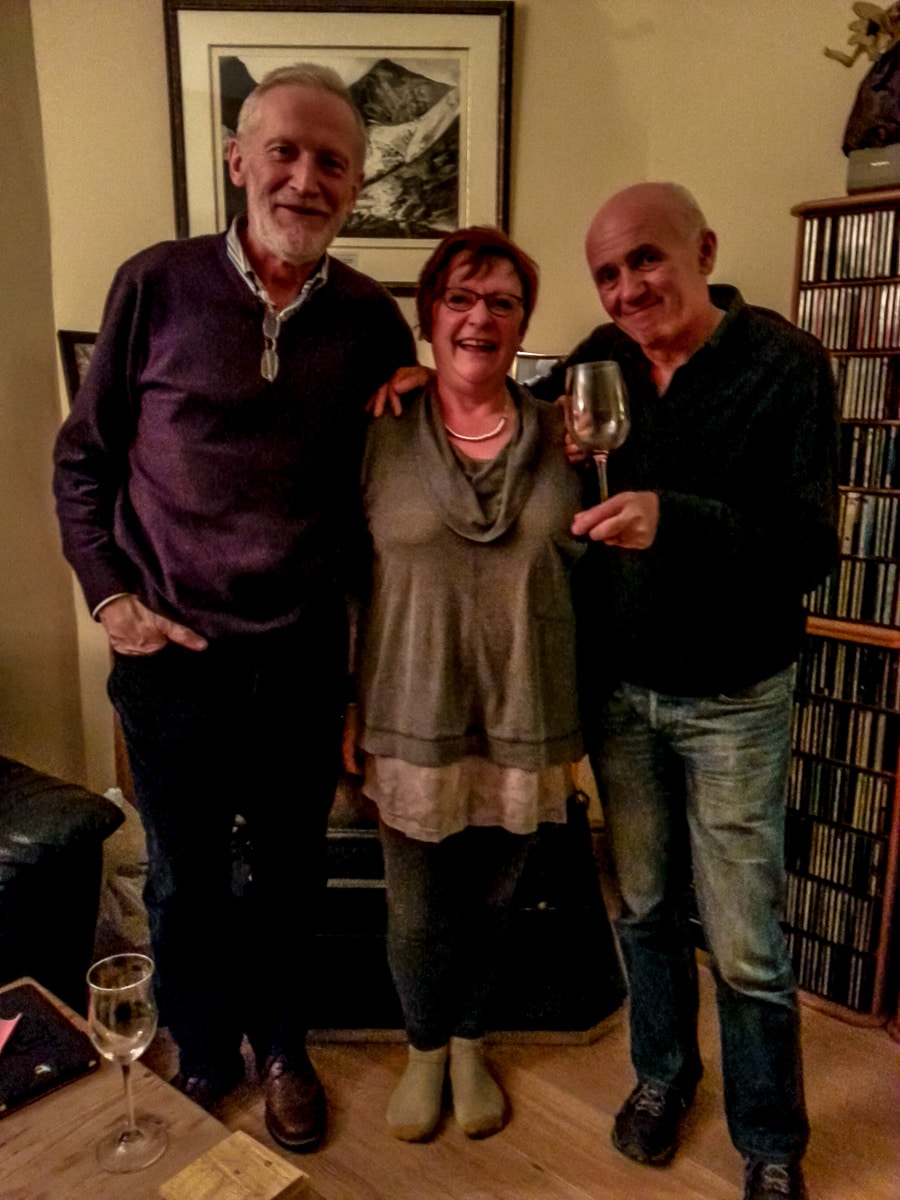 Well, the evening came, and we were warmly welcomed into Mick and Miriam’s comfortable home. Her brother Larry also joined us. It was an evening of great conversation, many laughs, a delicious meal including a home-made rhubarb pie, and of course some tasty wine.

We could not have asked for a better anniversary dinner in Ireland.

“There are no strangers here; Only friends you haven’t yet met.” William Butler Yeats, Irish poet