When we arrive in a new city, we explore. The word that we most often use is wander, but there is a loose method to the wandering. In general, we spiral out from our home base gradually expanding our range. Sometimes there is a destination such as the tourist information center, a specific restaurant, or a notable landmark, but often there is none.

In the past we have serendipitously stumbled across many places and events that we might never have found otherwise. 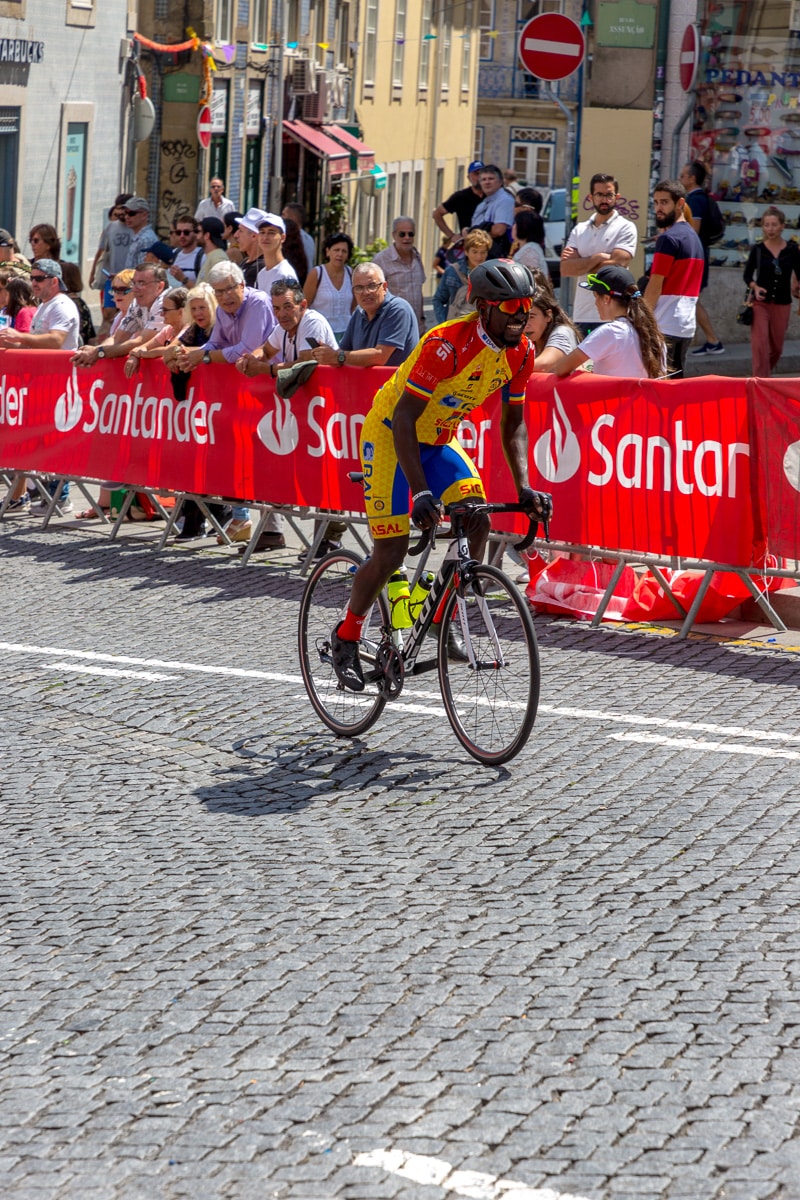 This day, it might have been difficult to miss the preparations being made for the final stage of the Volta a Portugal em Bicicleta, an annual multi-stage bicycle road race. Throughout sections of the city, barriers were being put into place delineating the route and to protect the racers and pedestrians from each other.

Although not as important as the three Grand Tours: Giro d’Italia, the Tour de France, and the Vuelta a España, it has long been a significant competition. However, the Volta has declined in importance, especially due the fact that the timing of the event between two of the Grand Tours precludes the participation of major teams and cyclists.

This year the Volta was 1,531.1 km (951.4 mi) over 11 stages. Starting in Lisbon and for the first time in 30 years, the race finished in Porto with a 19km (12mi) time trial. In a time-trial, riders set off every 1-2 minutes racing against the clock. The terrain here was diverse, alternating flat areas, uphill and downhills with some very technical components. 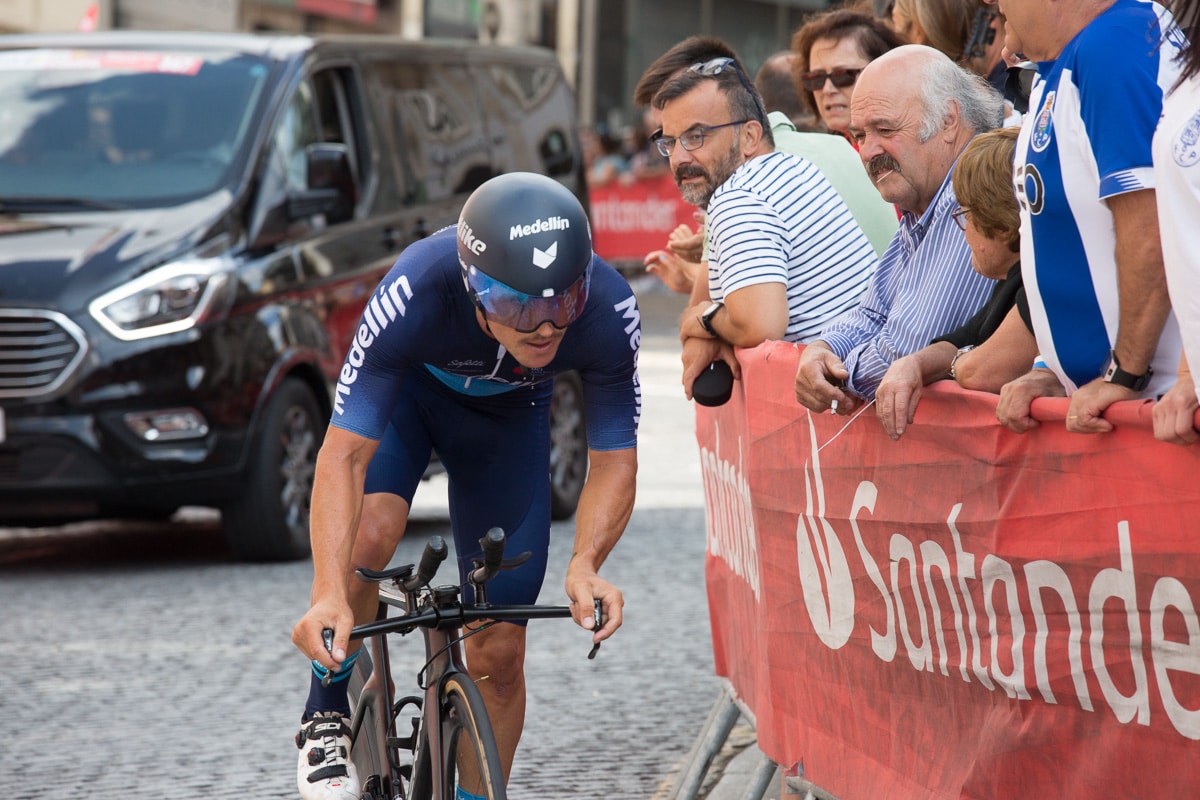 We positioned ourselves at the top of one of the more difficult climbs in the city. It was a very long straight approach followed by an s-curve paved with rough cobblestones the entire way.

The entire route was lined with enthusiastic crowds that roared each time a cyclist approached and passed. It was very exciting, but we didn’t wait around for the finish, as it had been a long day and we didn’t want to get stuck in the pedestrian gridlock. Nonetheless it was a grand highlight to our day’s wanderings.