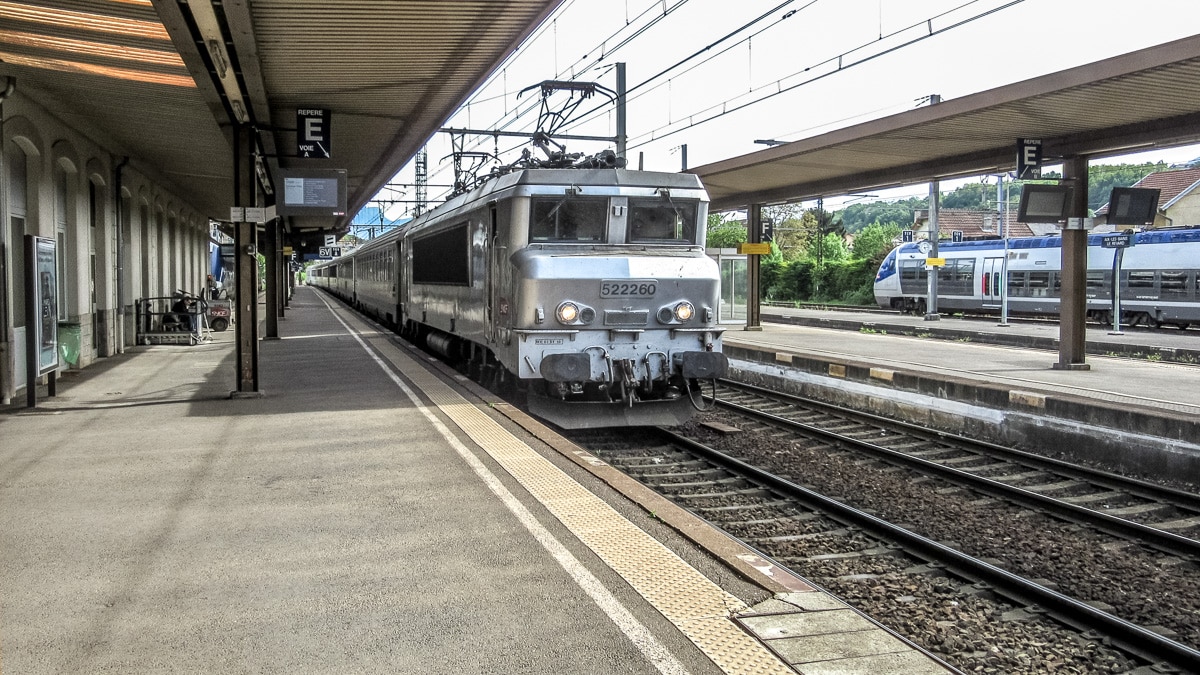 Day trips out to new places are always multi-faceted adventures. Not only are we going to a place we have never been before, but simply the act of getting there is often an experience in itself. Such was our visit to Annecy (pronounced ann-cie).

We had heard that there was some damage to the railroad tracks near Annecy, due to recent heavy rains in the area, and rail passengers were being rerouted via bus. At the station in Lyon, we were ready to exchange our tickets and pick another destination, but when we inquired we were assured that the train was indeed going to Annecy. Hurray.

Everything was on schedule as we boarded, and settled in for the 2-hour trip. The countryside became more and more mountainous the further east we went. Passing by small villages along the tracks, green fields set against rocky backdrops, and beautiful lakes reflecting the blue sky and puffy white clouds. 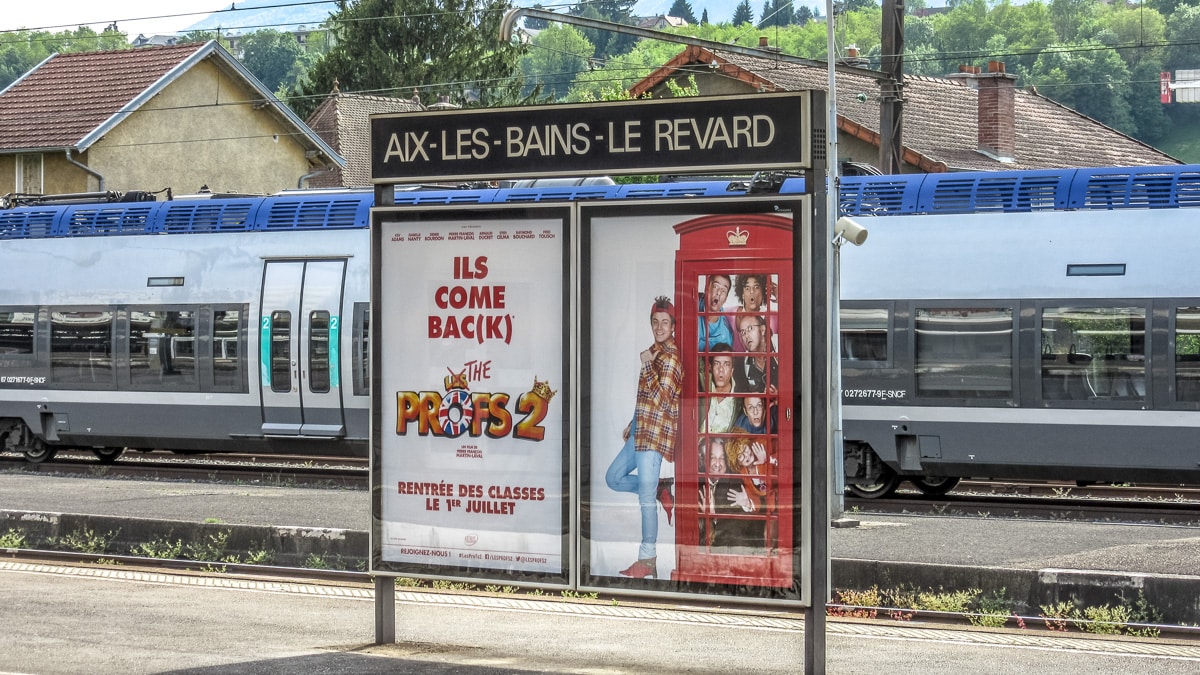 The train made its one or two appointed stops along the way, and as we pulled into Aix-les-Bains, the last stop before Annecy, there was a somewhat long announcement, in French of course, that we didn’t entirely understand. However it did become clear that when everyone else got off the train that this was the end of the line. Hmmm.

We followed the crowd until we came across a conductor/attendant who, when we said “Annecy?” directed us to the buses outside the station that would take us further. The adventure continues. Even though we weren’t 100% sure we were on the correct bus, we were going somewhere we had never been. Of course, we were on the right bus, and after about 30-45 minutes we pulled into Annecy. 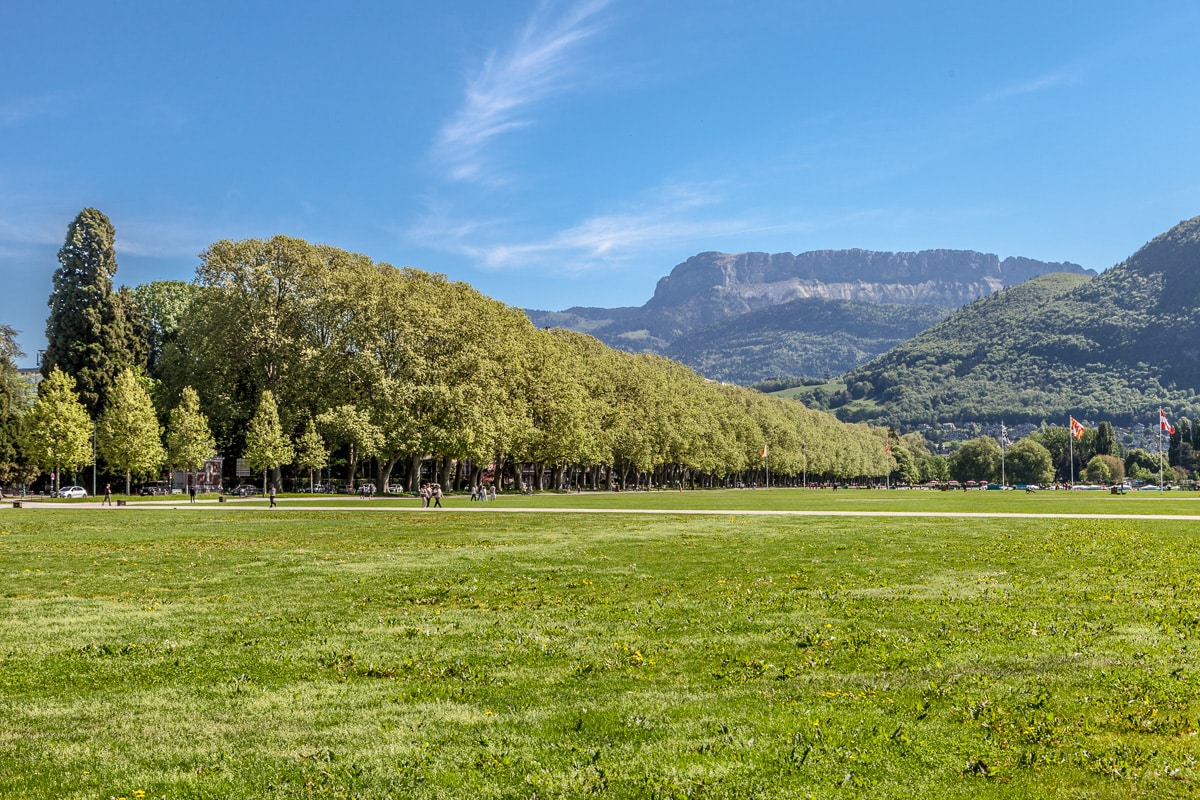 In the North of the French Alps, Annecy is often referred to as the Venice of Savoie. The medieval town is divided by small canals and streams running out of Lac d’Annecy, the third largest lake in France, which is clean, fresh and a wonderful azure color. The old town is built around a 14th Century Chateau, and archaeological research, has discovered remains of a lakeside village, now under water, at 3,100 BC.

As usual, we first made our way to the tourist information (TI) center to get maps and recommendations for walks through the town. The view as we emerged from the TI was a large green park surrounded by big trees that extended to the large lake, against a backdrop of stony mountains, and further in the distance, some snow-topped mountains. 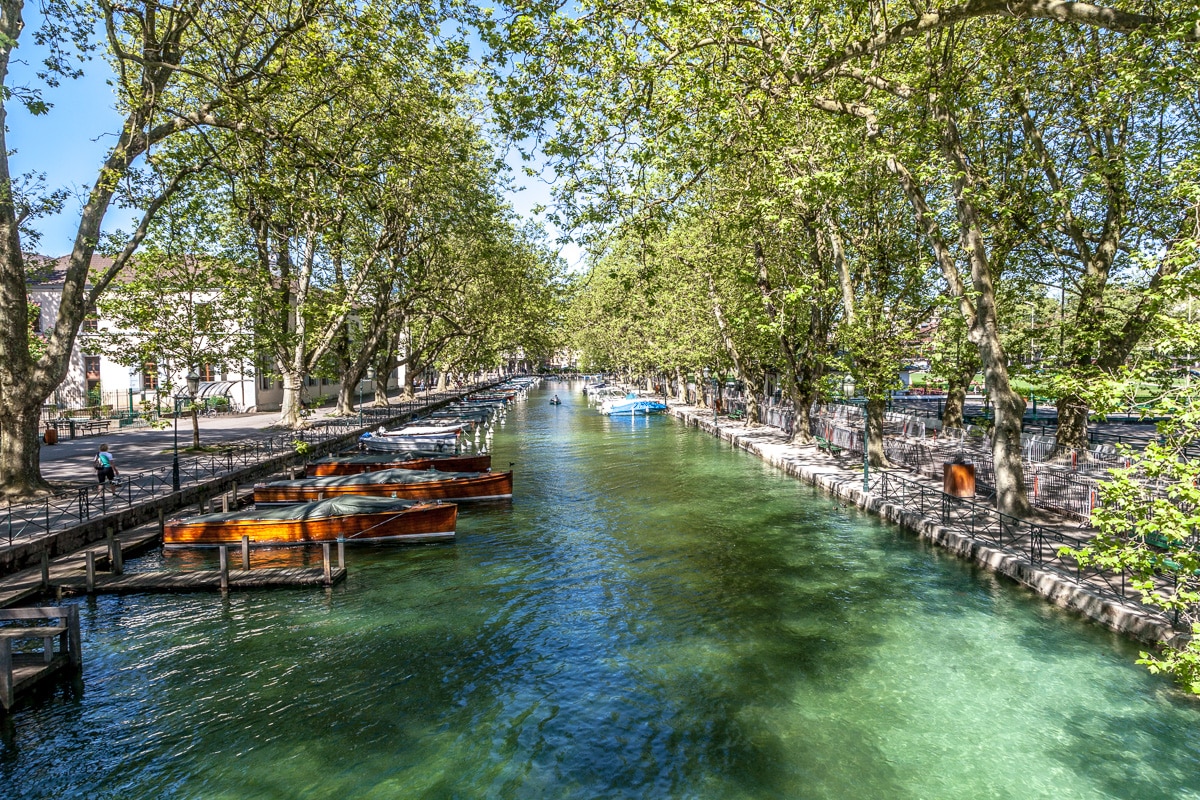 As we walked through the town, the comparison with Venice was fair enough. It was a charming little town, and though we were only visiting for the day, we will return for a longer stay, hopefully to get out on the lake and visit some of the small villages along its banks as well.

The return trip home, again via bus and train, was uneventful, but yet more beautiful in the light of the late afternoon … even through the dirty windows of the train.