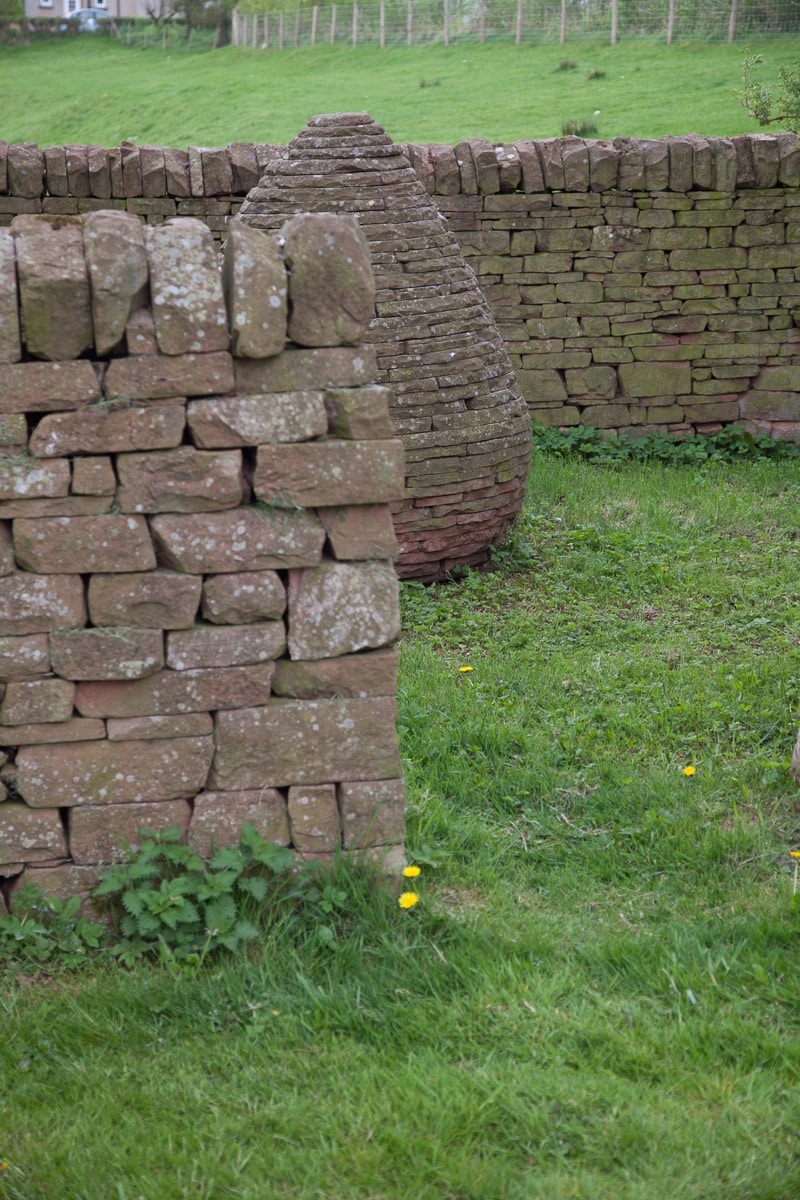 We have been admirers of British sculptor, photographer and environmentalist Andy Goldsworthy’s work for many years. Of all the items we kept for our post-travel life, his art books were carefully packed away for future inspiration.

His media is nature in all her forms, from ice, mud and leaves, to twigs, stones and trees. Much of his work is ephemeral; it is created with the knowledge and plan for its eventual decay, collapse, and disappearance. Thus his photographs (in his books) are all that remain of many of his works.

It is a rare walk in the woods or among rocks that I’m not reminded of Goldsworthy’s art. I am inspired by his use of nature, its colors, textures, and other qualities to create pieces that both stand out and yet belong to the environment. Equally, I am amazed at the time and patience that is required for his creations.

Even his stone sculptures have a limited lifespan, longer perhaps than an icicle star, but weather and environment will ultimately prevail. Yet until that happens, there are many of his works still around … if you can find them. 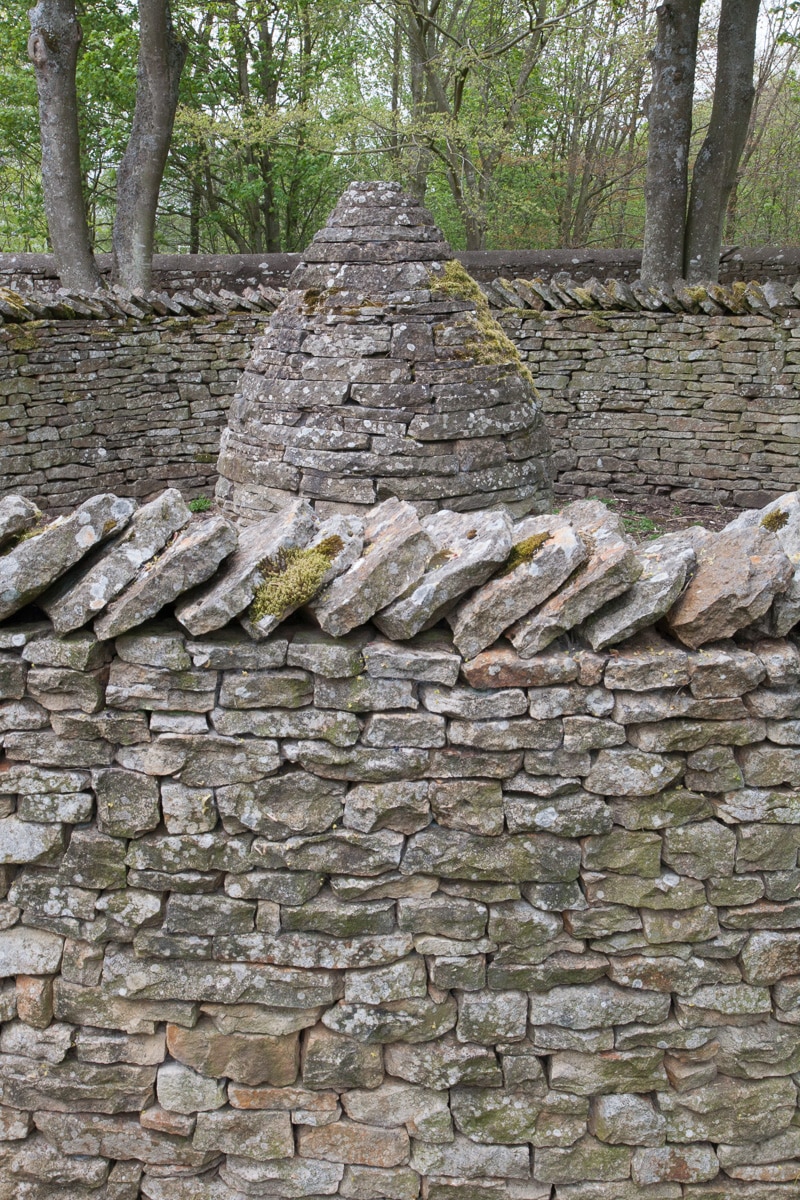 One specific style of sculptures that can be found are Goldsworthy’s stone cairns. Typically they take on the shape of a large pine-cone or an egg – thus, an egg hunt.

There are examples of his work throughout the world and in several museums, and several of his works scattered about the English countryside. So, as we made our way towards the English Lake District and back, we took a little bit of information, our maps, GPS and smart phone, and a bit of luck and here’s what we found. Note that the links will take you to a new tab with the location of the piece in Google maps.

The first Goldsworthy was not an egg, but rather a stone arch. 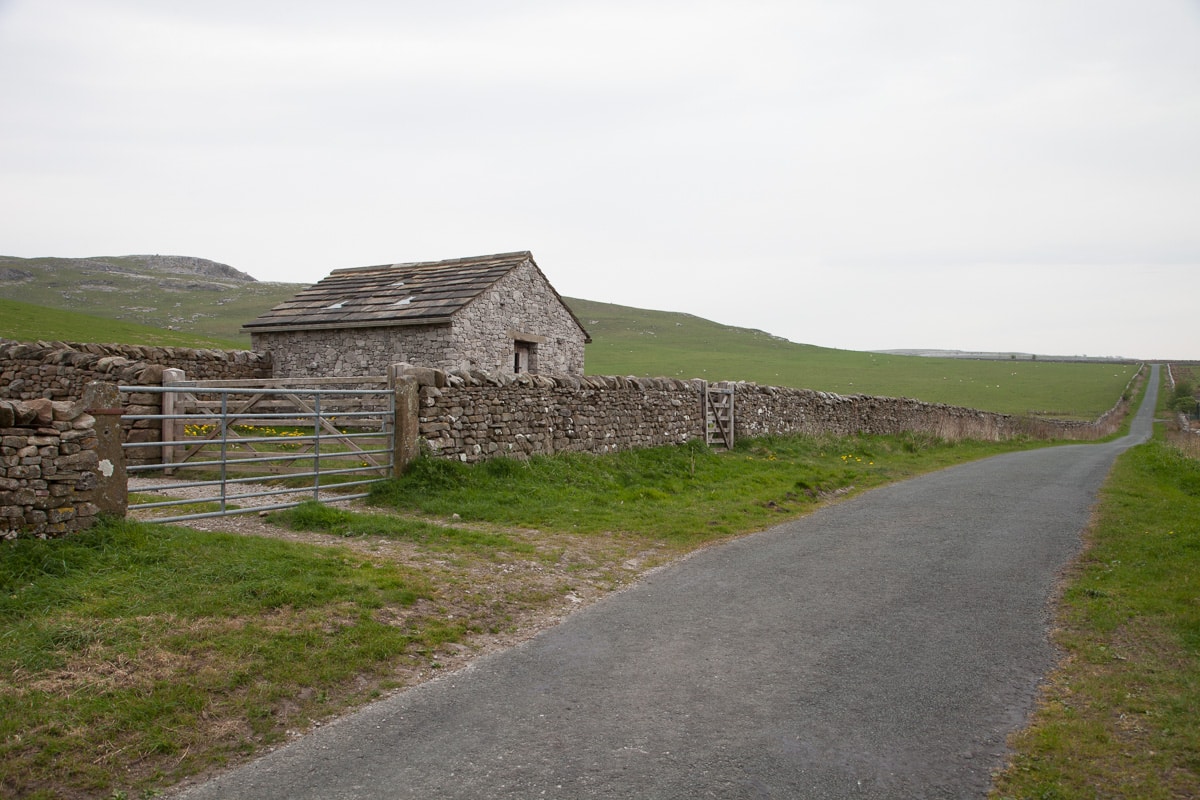 As part of a project, Goldsworthy took a small, red-sandstone arch on a journey along an historic sheep and cattle route. Over a period of 12 days in 1997, he and a colleague constructed, dismantled and reconstructed the arch at 22 locations, 11 of which related to dilapidated sheepfolds (a pen or shelter for sheep). We were trying to locate the arch, now permanently housed in a specially built stone hut near Ingleton in North Yorkshire. 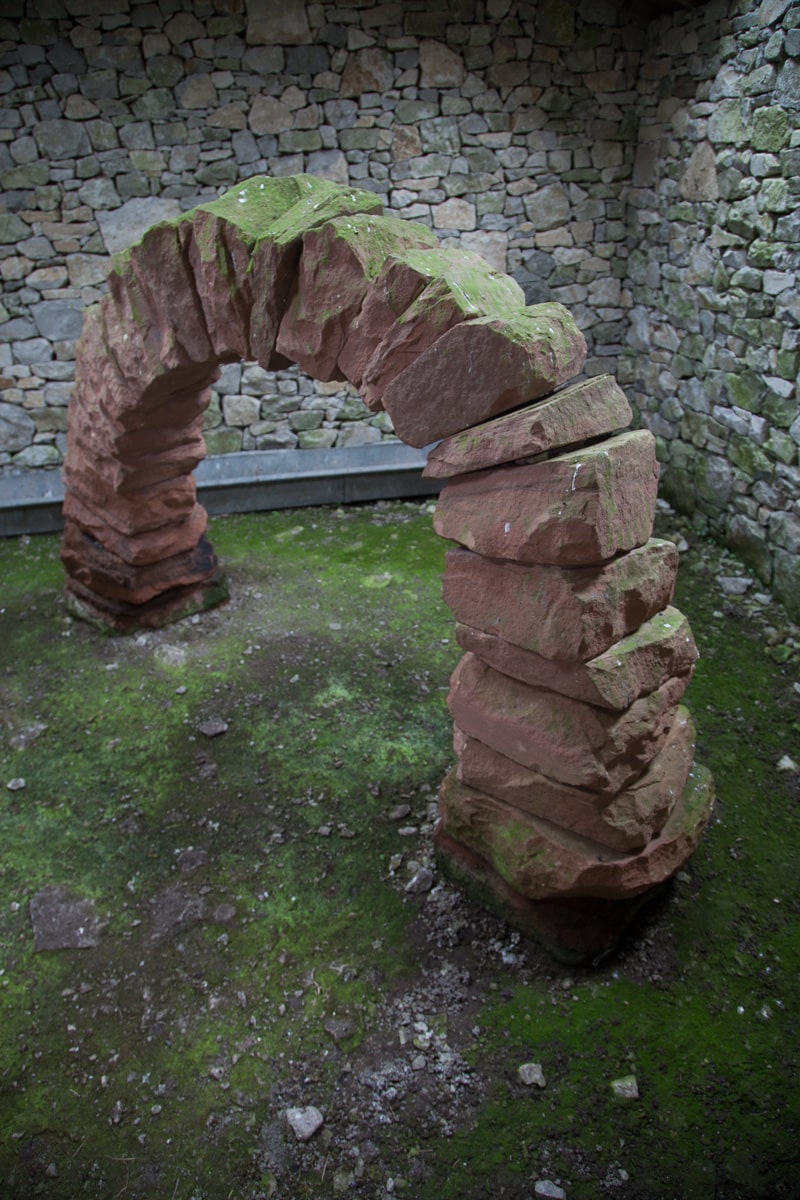 Driving for miles down narrow, curving, stone-wall lined, single-lane roads, the hills were bare except sheep and the occasional tree. We passed a small stone hut before realizing that it was what we were looking for. It was isolated, non-descript, with no signs or markings, and within the structure, behind a locked, iron-bar door, there it was.

Two days later, after a delightful visit to the Lake District, the hunt began in earnest. The route home was chosen to take us near to several other Goldsworthys. 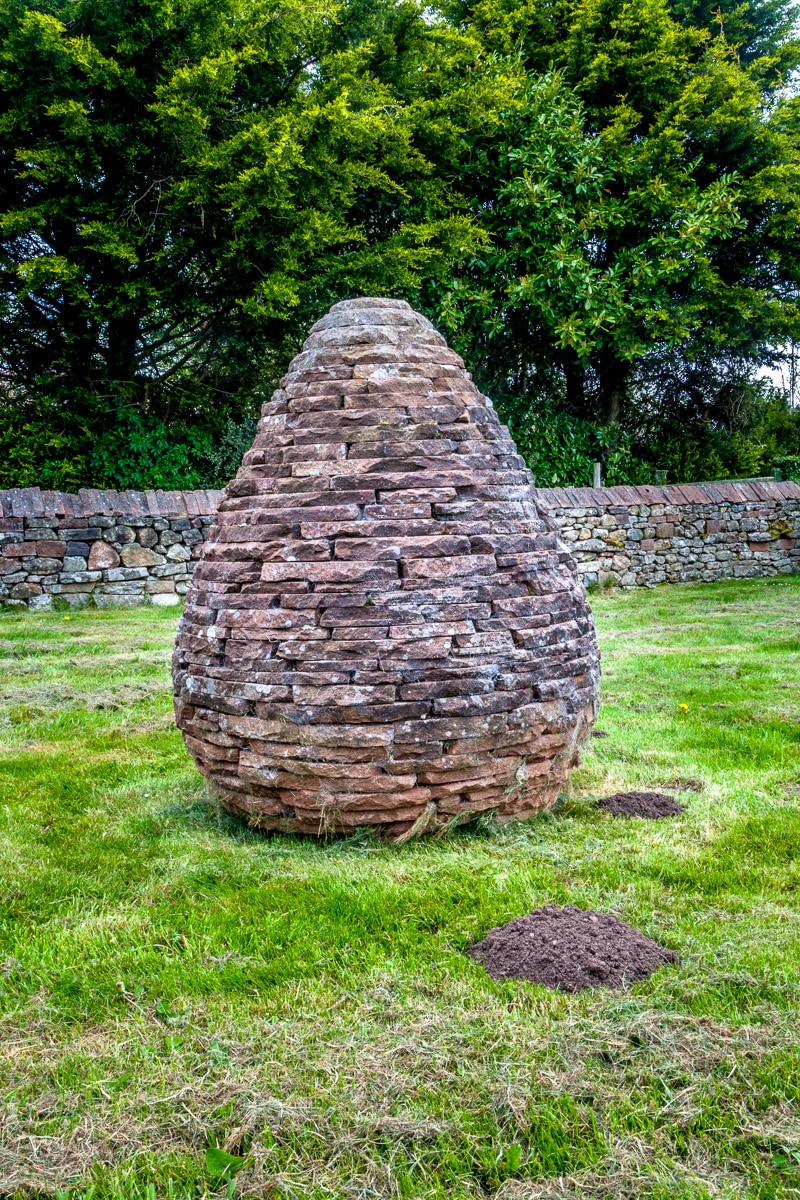 This piece was located near the center of the small village of Bolton. Every visit to these sites involved several wrong turns, and often driving past the pinfold before becoming aware of what we had done. Most are unmarked. This one did have a sign next to the entrance. 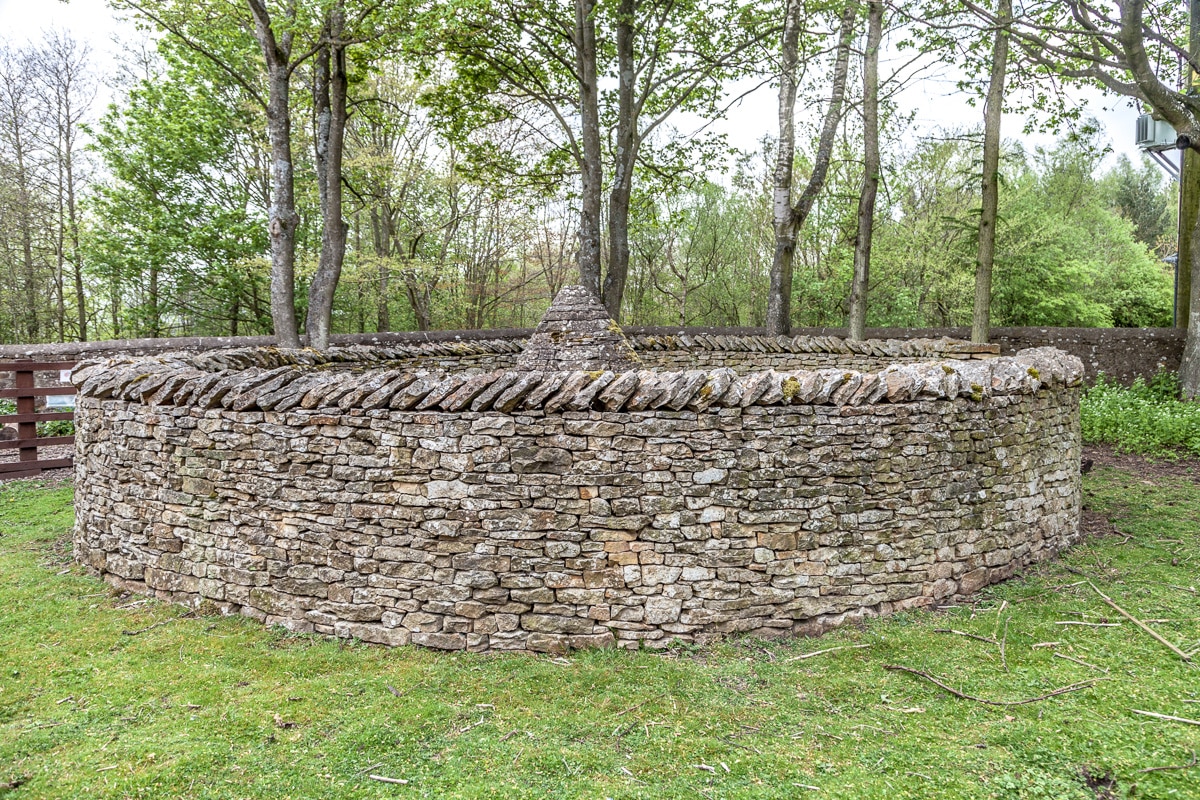 We arrived at this location just prior to school letting out for the day. Parents were waiting just outside the building for their young children and I had a nice chat with a couple of the young mothers about our “egg hunt,” and they were quite amused. The actual sheepfold with its sculpture was on school property and I had to wait for the children to leave, and sign in with the principal before walking to the piece. 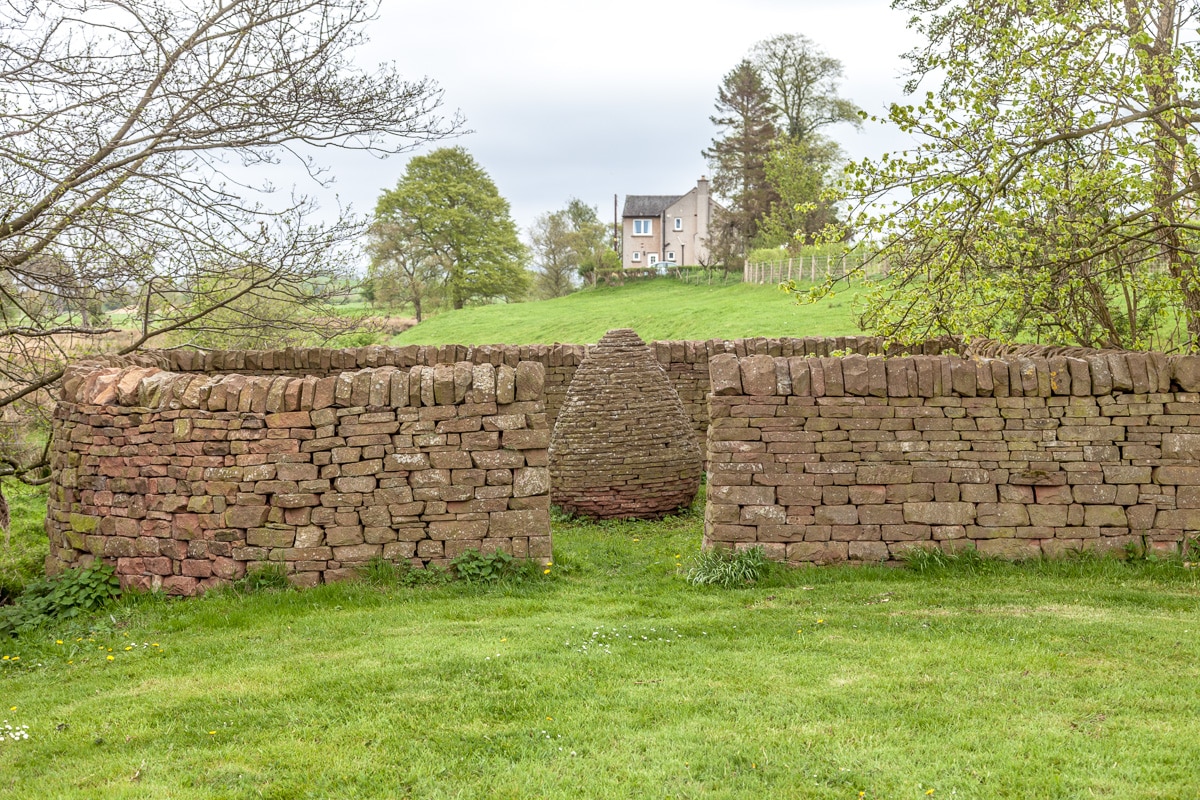 Finding this one took several wrong turns, and on such narrow lanes, we had to travel quite a distance before finding a place to turn around. Even with the GPS we were having difficulty locating it. Backtracking through the village, we asked a couple of locals who were barely aware of the sculpture’s existence, but were helpful in assisting us to find it.

There were others in this area, but by now it was getting late, and we needed to head for home. 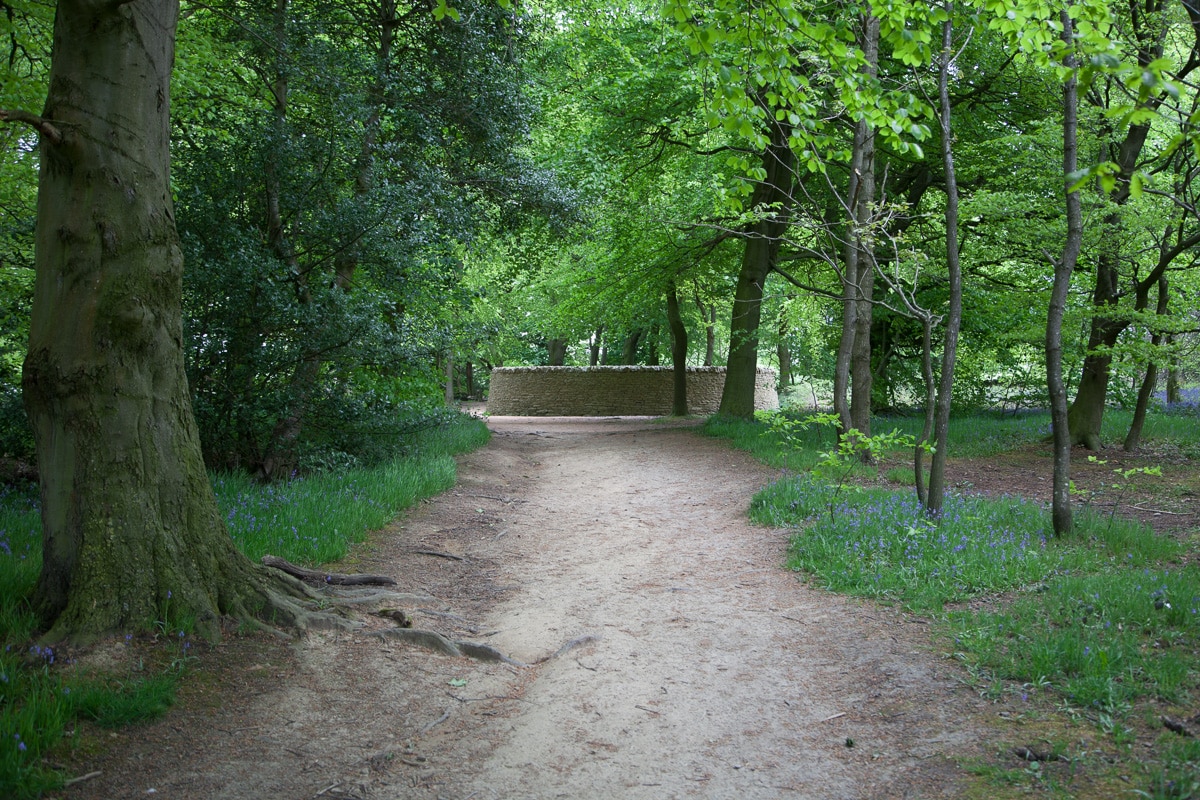 The next opportunity for Goldsworthy sightings was on a two-night visit to York. On the way we stopped at the Yorkshire Sculpture Park which will be the subject of a future post. It is a large, open-air gallery with many large outdoor sculptures all over the grounds. It contains two Goldsworthy works, Outclosure and Hanging Trees. 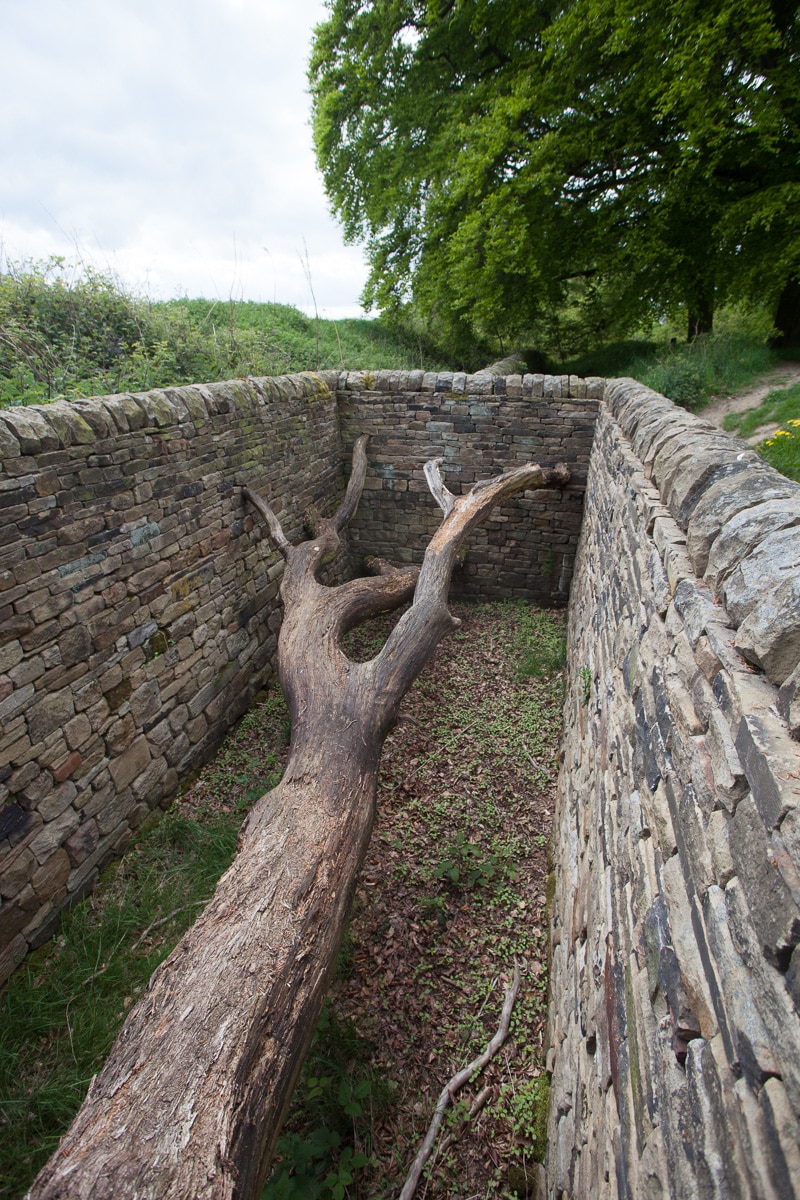 Though finding the park required a bit of navigating and a detour from the direct route to York, it was a fantastic art gallery in a beautiful setting in the Yorkshire countryside.

Later, when we move to Edinburgh, we will continue our hunt for Goldsworthy’s works, though without a car it may be impossible to see some of the more remote pieces. For his more ephemeral works, there are many photographs that are easy to find. Just look through these selected links: