Of all the wonderful things that we have experienced in France, it is the people that have made this such a magical journey.

In spite of the fact that my language abilities are rudimentary at best, we have been greeted with patience, assistance and, very often some English has been spoken by almost everyone we have encountered. I was always taught and subsequently verified that if you treat people how you wish to be treated and it will generally be returned in kind. It works.

From the people in the restaurants where we ate regularly, who were always so cheerful and helpful (and served such great food), to the various vendors and shop keepers who have helped make decisions and assisted with my language “skills” we have made little friendships that have enriched our lives. Hopefully our encounters made them smile. 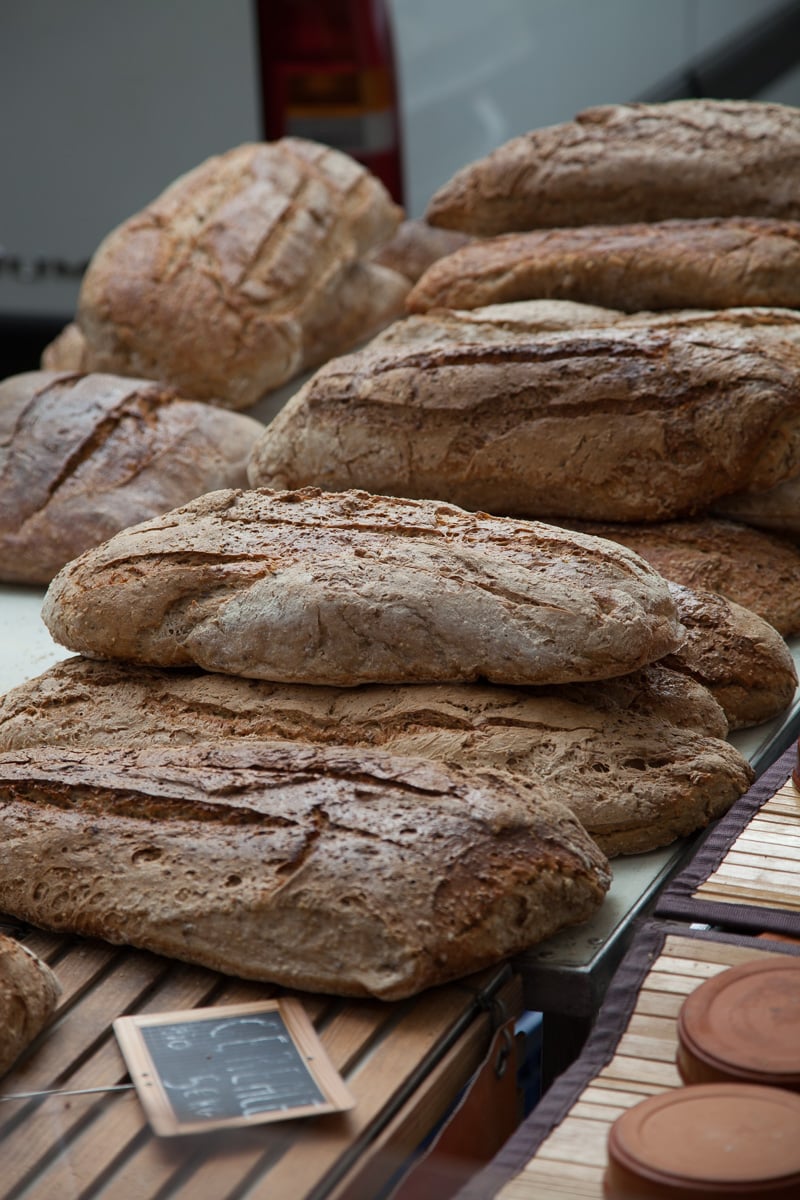 Sophie works in the bread shop in the market we frequent, les Halles Castellane. I doubt that she remembers our first visit in February 2014, but we remember her. She speaks no more English than I speak French, but she has a beautiful smile and a cheerful manner. We visit Sophie’s shop as much because of her as for the bread she sells, which, by the way, is delicious.

One day as we were buying a baguette, I offered one of our cards with a link to our Slow Nomads blog. There was a flow of conversation between us that I’m not sure that either of us fully understood. What we got out of it was that she was asking if we knew or had met another of her customers that lived nearby and also spoke English. We replied that we did not. Then she indicated that she would give the card to them. I was hoping that she would visit our blog if for no other purpose than to view the photographs. No language required.

The event passed, and I don’t know if Sophie ever saw the blog, but she had, in fact, passed the card on to the customers she had mentioned. Several days later we received an e-mail from Kate and David.

The message was in French, and said that, among other things, they would be in Montpellier until 12 November. Would we like to get together for coffee or wine? Absolutely, we replied, and a date was set. Yet we had no idea what to expect, nor did they.

A few days later as we waited near the market at the appointed time, we met Kate and David, a delightful and interesting couple from Seattle. They recommended a wine bar nearby where, over a bottle of good local wine, the conversation flowed. The discussions included the French, the language, customs, differences, our paths, and on and on. We all enjoyed being able to converse in our native tongue and we shared our stories with each other.

They have been coming to Montpellier for the past five years or so, and purchased an apartment. They spend about five months a year in Montpellier, and the remainder back at their home in Seattle. The apartment required extensive restoration, and even though David is an architect, the challenge of renovating a stone 17th century flat in a foreign country was an adventure in itself.

As the bottle of wine emptied, it had become dark, and we realized that we were all getting a little hungry. David recommended a small pizza place not too far away, and the conversations continued as we walked.

The food was delicious, the wine excellent, and the company delightful. After dinner, we realized how late it had become, and that we had been chatting for hours. So as we strolled back in the direction of their apartment, we said our goodbyes, and all agreed that we needed to give Sophie our thanks for introducing us to each other.

The next time we saw Sophie, we expressed our thanks for her part in initiating our meeting with David and Kate. She beamed with intense delight that we had, indeed, gotten together, and that we had experienced such a wonderful time.

Over the next week or so we enjoyed our new friends’ company on a trip to the country for a long walk near an old chateau (the photos below), and a few days later, a wonderful dinner at their apartment (no photos, we ate an excellent dinner and drank fine wine and champagne instead). Their Montpellier residence was truly elegant, decorated in the style of 18th century France. The modern touches in the kitchen and bathrooms made the apartment tastefully livable and comfortable.

Though they leave on 12 November, they will return in the spring while we are in Lyon, only two hours away. We have already made tentative plans to get together again, and look forward to that day.

To our mutual surprise, during our many conversations with our new friends, we learned that when they had first come to Montpellier a few years before us, they had stayed in the same apartment that we stayed in on our first trip here in February. That apartment and its location must be enchanted.

Adventure, Sophie, Serendipity, and new friends; it doesn’t get any better.

Some random images of our wanderings around Montpellier – markets, streets, and the zoo.

Images of a day trip to hike the trails around an old chateau north of Montpellier with David and Kate.