As we have said before, we love parks and gardens, and have had the opportunity to visit some of the most beautiful in the world.

There is a great deal of green space in Edinburgh. Not as much in the Old Town as in the New Town, but there is green space galore. From extinct volcanoes to hidden gardens, there is something for everyone’s need to get away. 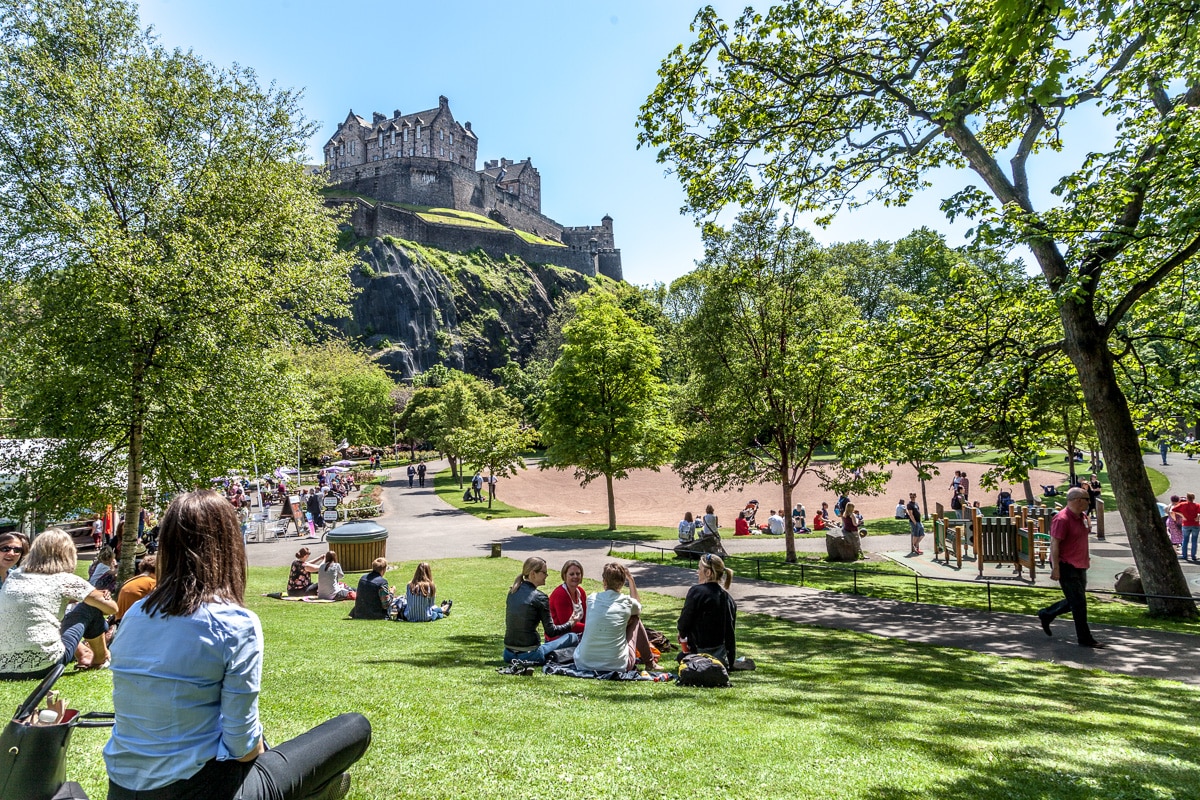 Beginning in the center of town, are the Princes Street Gardens. Beneath Castle Rock, these beautiful gardens lie in a valley that was once a boggy depression that was used during the Middle Ages to dispose of sewage, household waste, and general garbage. It was drained in the early 19th century, then filled in with the excavations from the construction of the New Town and later converted into parkland. On sunny days the gardens are packed with locals and tourists alike, especially at lunchtime when it is a favorite spot for office workers to enjoy lunch. 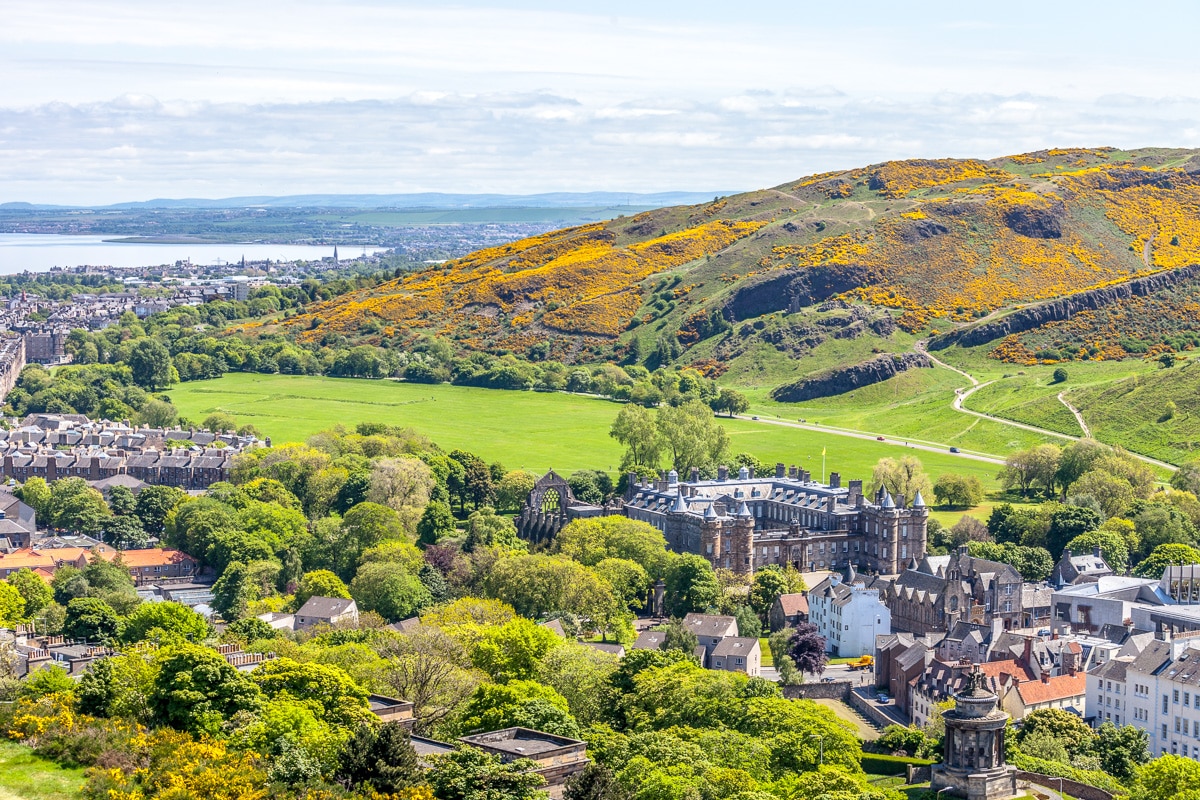 covers 650 acres of crags, moorland and lochs, and was once a royal hunting estate of Scottish monarchs. Now it is accessible to the public with many paths and trails. Its highest point is the top of Arthur’s Seat which rises to 251m | 823ft, allowing for spectacular views over the city as well as being visible from many points throughout the area as a landmark. 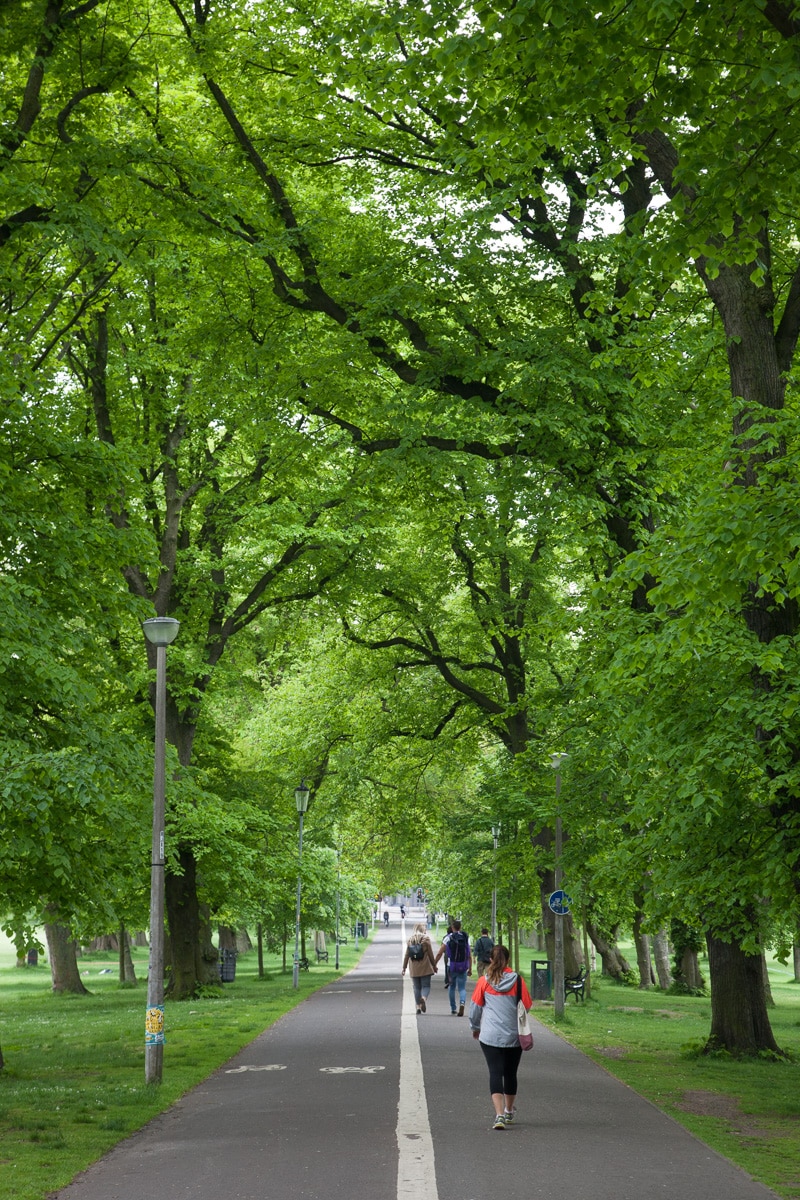 To the south of the city center, The Meadows is another large public park. Near the University of Edinburgh, it is often filled with locals and students relaxing with a book, kicking a football, barbecuing, or running & jogging on its circuit of exactly one mile. 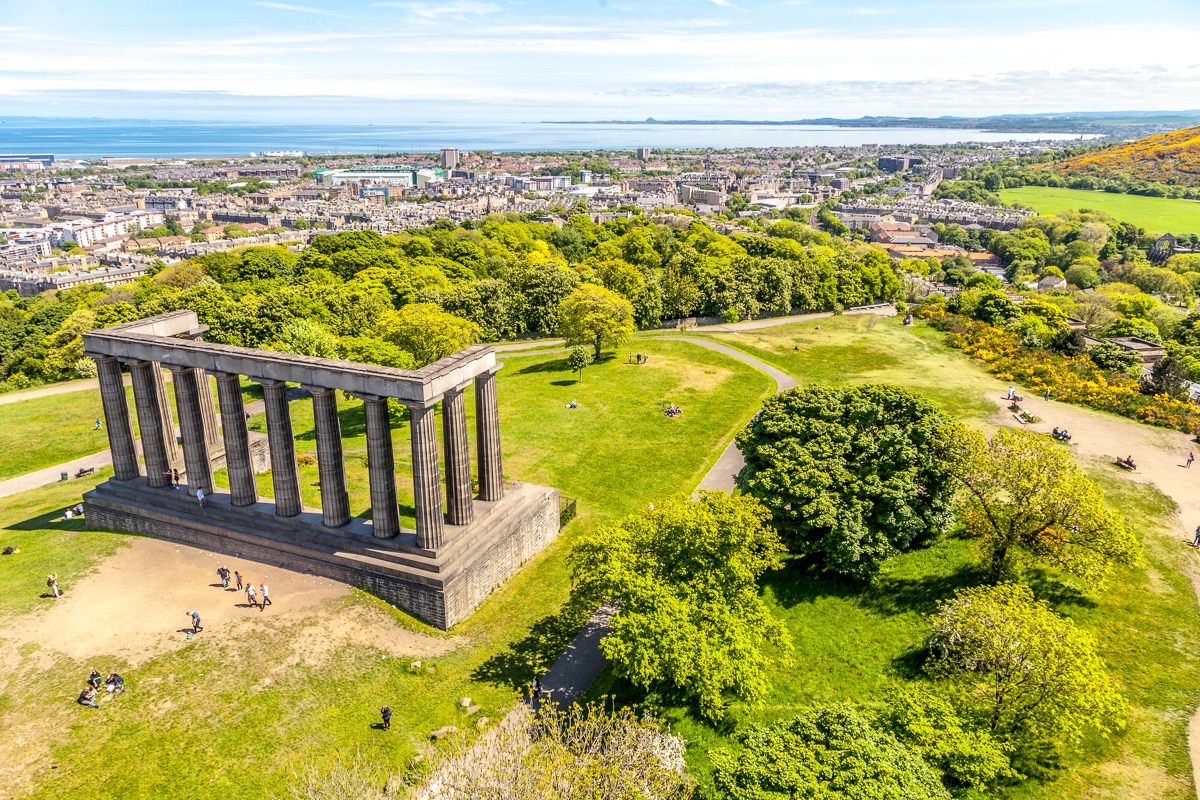 Very close to our apartment, Calton Hill is one of the seven hills of Edinburgh. Scenic views of Edinburgh and the Firth of Forth are available the top of Calton Hill, which has several interesting structures on and around it, including the Nelson Monument, built to commemorate Vice Admiral Horatio Nelson’s victory over the French and Spanish fleets at the Battle of Trafalgar in 1805. 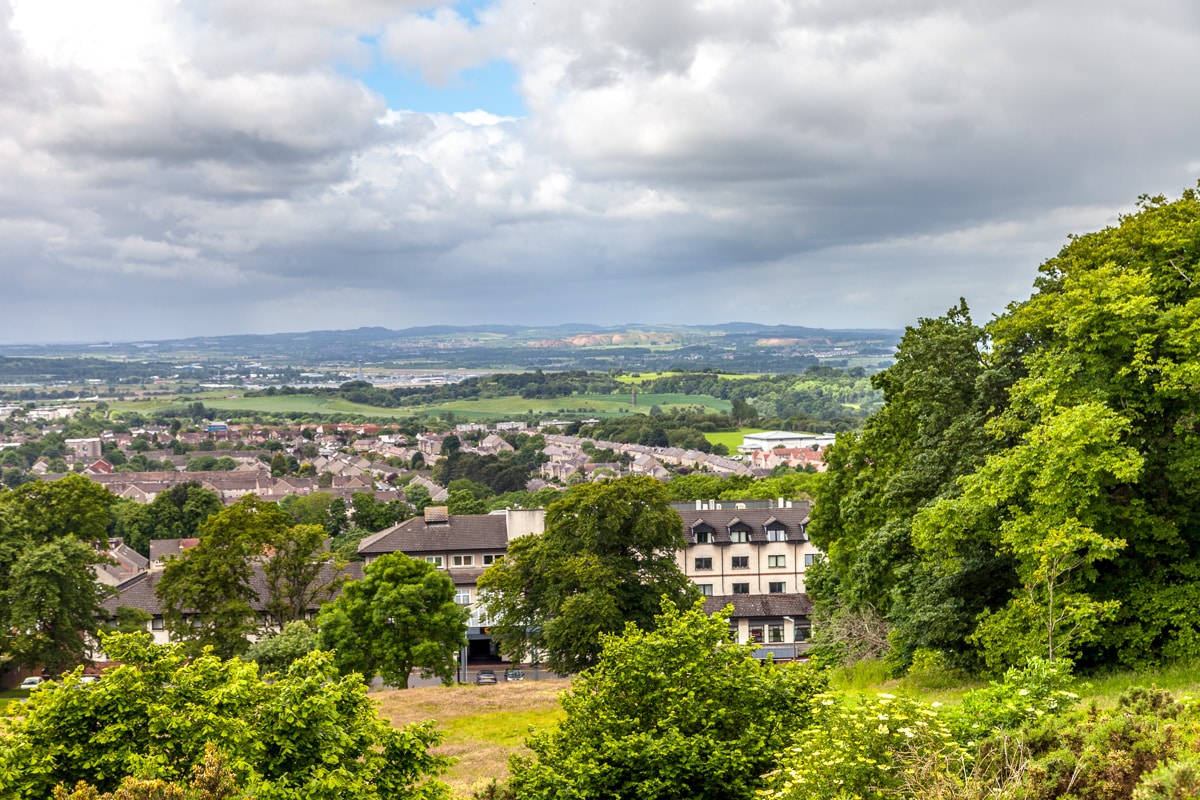 The city’s largest public woodland is Corstorphine Hill is 531ft high and is another of the Seven Hills of Edinburgh. We wandered there one cloudy day for a picnic, and thoroughly enjoyed this little oasis in the midst of the city in spite of the light rain showers that tried to interrupt our outing. 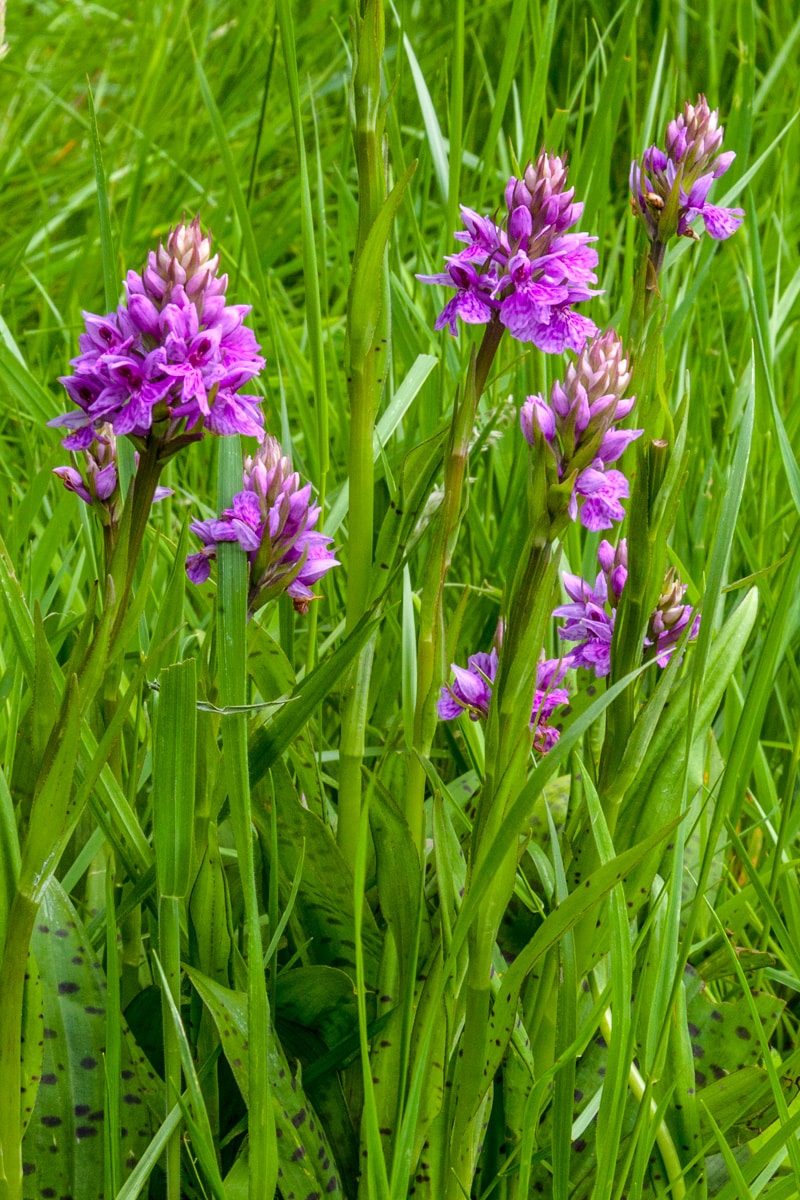 Doctor Neil’s Garden is often referred to as “Edinburgh’s Secret Garden”. We found the name to be appropriate since we had some difficulty finding it. Not having a car we decided to hike the 2.8 miles to the village of Duddington by way of Queen’s Way through Holyrood Park. What we found on Old Church Lane was a small, though beautiful place for contemplation of nature’s beauty peacefully away from the hustle and bustle of a city that is just a short walk away. 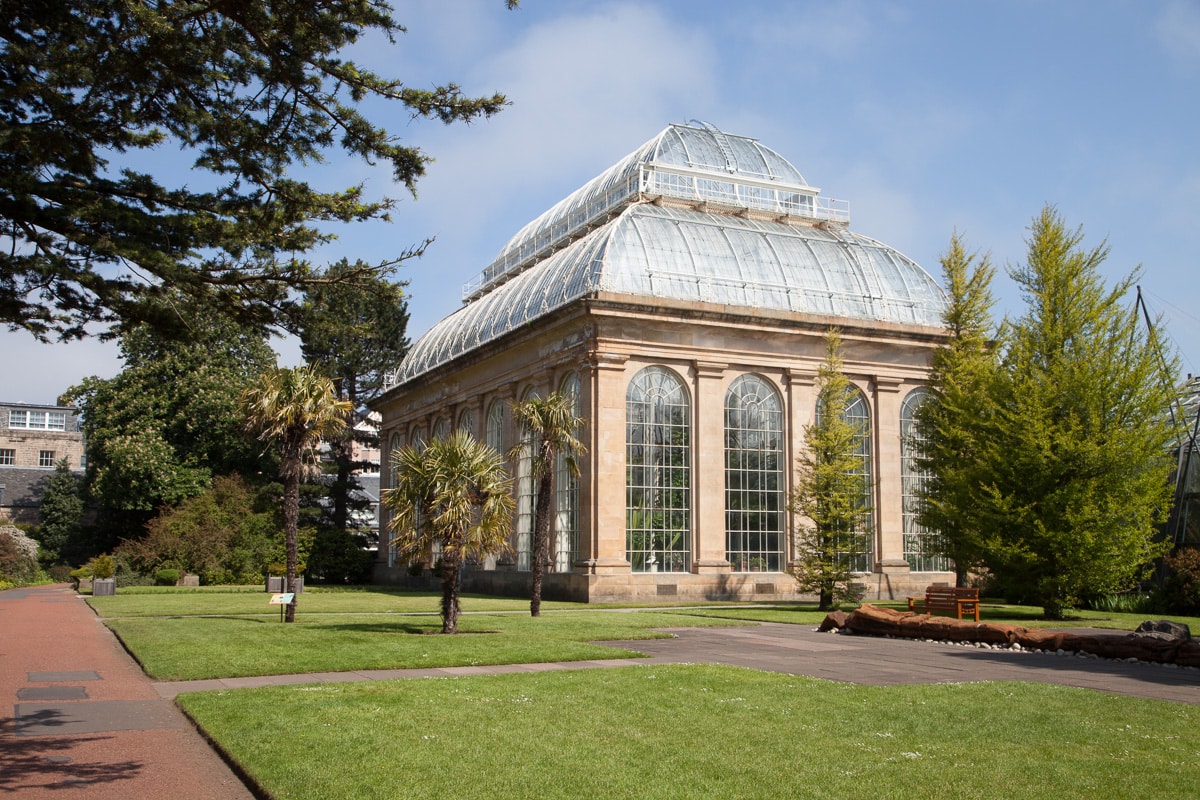 was established in 1670 to grow medicinal plants and is the second oldest botanic garden in Britain after Oxford’s. Barely one mile from the city center, it covers 70 acres (28 ha), and locally known as “The Botanics”. Entrance to the botanic garden is free, although a small entry charge exists for the glasshouses. The Garden’s massive collection of many thousands of trees and shrubs come from all over the world. It is also world-renowned for its expertise in the study of biodiversity, and is “… dedicated to discovering and describing plants and their relationships, evolution, conservation and biology.”

The gardens are an interesting and popular place to go for a walk, with sections devoted to alpine gardens, rock gardens, peat and woodland gardens, colorful herbaceous borders, large glasshouses and several specialist collections such as the Chinese Hillside. There seemingly miles of paths and many quiet corners to relax. 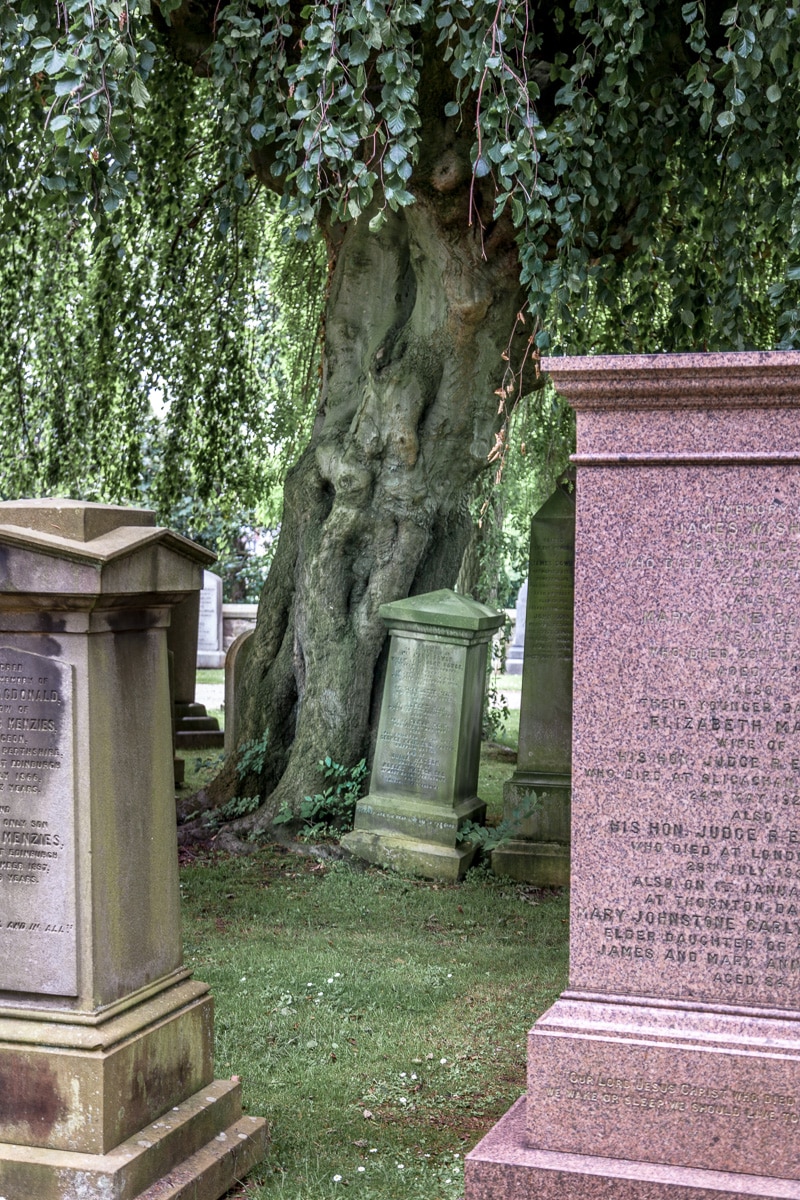 Another type of peaceful park we often wander through just to get away when in old cities are cemeteries. Those situated near historical churches tend to be most interesting. The headstones are varied, some are simple and plain, and others grand and elaborate. Often, many of the markers have weathered so that nothing remains of the inscription that was engraved there many years before. Those that can be read speak to those whose lives have come and gone. We find nothing scary or creepy in these places, only peace.

In Greyfriars Kirkyard, the graveyard surrounding Greyfriars Kirk in Edinburgh, on one of the walls is a humble stone plaque with only the name “Miss Cathcart”. Inside the Kirk (church) there is a display with this:

“One simple gravestone in our kirkyard reads simply “Miss Cathcart”. There is no date and no story to tell. Some years ago a visitor was prompted to write his own story of Miss Cathcart.”

The loneliest gravestone I ever found
stands in Greyfriars burying ground.
A little plan tablet on the wall
read simply Miss Cathcart and that is all. 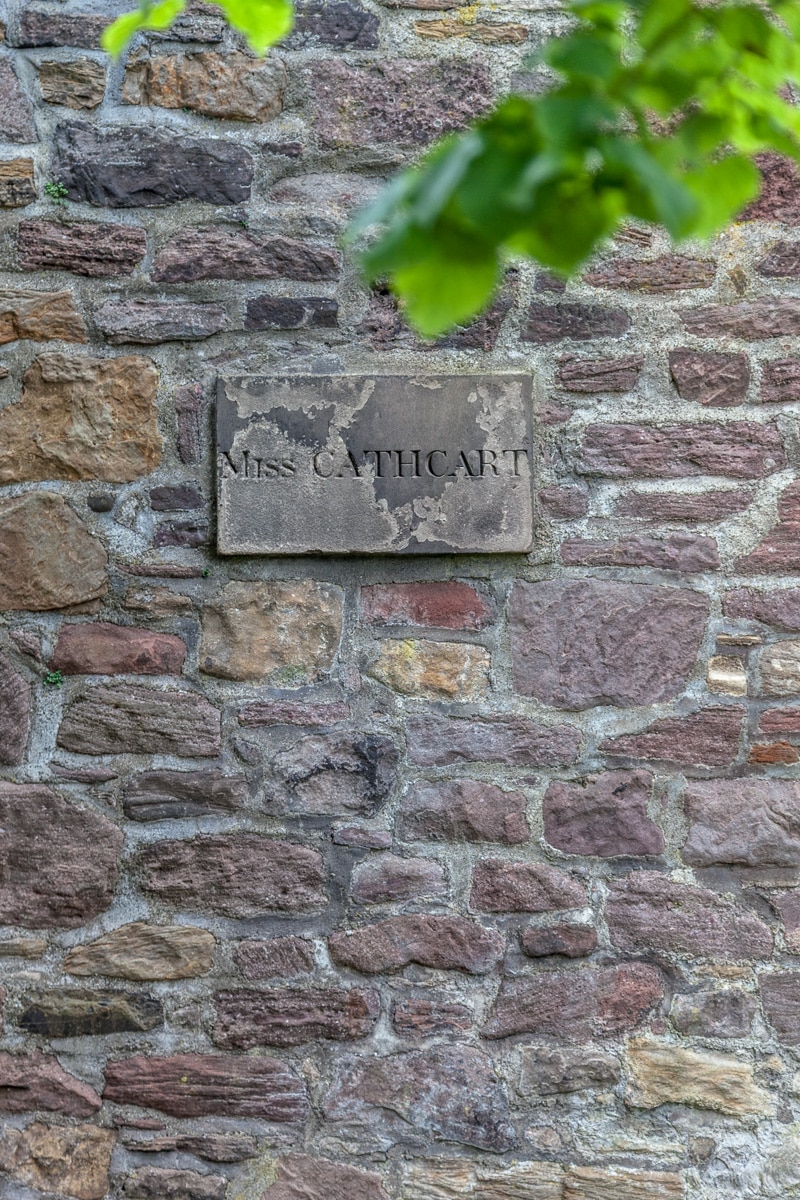 All about her tower the stones
that mark the aristocratic bones
of worldly and learned earls and countesses
grave law lords and WS’s.
Had she no father / had she no mother?
No brother or sister / was there no other?
No-one at all who without blame
Call Miss C by her Christian name?

Well, Miss Cathcart, who shall say,
which is the better off today?
Their armorial bearings are all askew,
their broken nosed cherubs are crumbling too.
Their Latin inscriptions are long un-read,
their pomp has perished, their glory fled,
and where they come from, or where they’ve gone
alike are indifferent. You alone
rouse speculation and touch the heart.
Whoever you were, sleep well, Miss Cathcart!

A.M. Oliver, Published in The Scotsman in the late 1950’s

And that is why we always seek out parks and gardens. They provide peace …