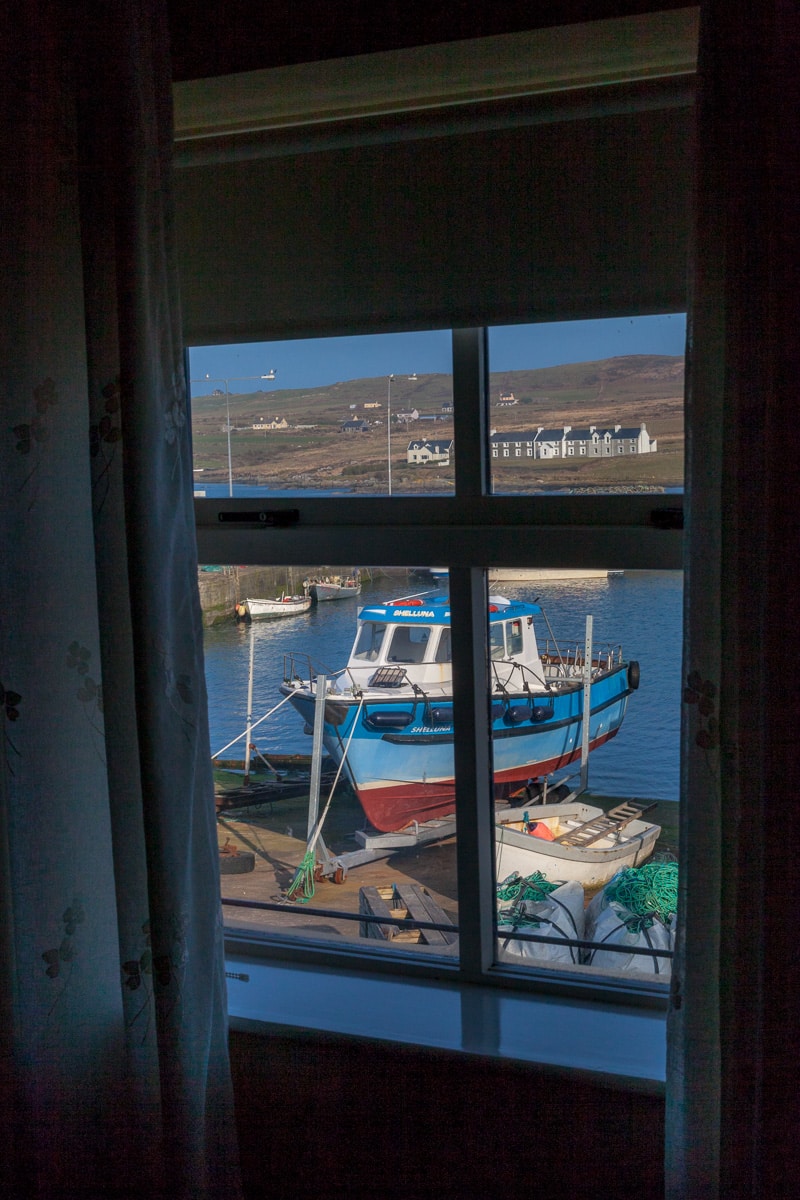 The next morning came bright and sunny, though still a bit cold and windy. We packed an went down for breakfast and I had a delicious and filling, hearty Irish breakfast . It traditionally consists of Irish bacon rashers (made from the back-meat of the pig, as opposed to the pork belly used in American bacon), sausages, black and white puddings (don’t ask), eggs, beans or mushrooms all fried in creamery butter, and served with a generous helping of homemade Irish brown bread. Jeannie, on the other hand, had a much lighter selection of a scrambled egg, Irish bacon, and toast. 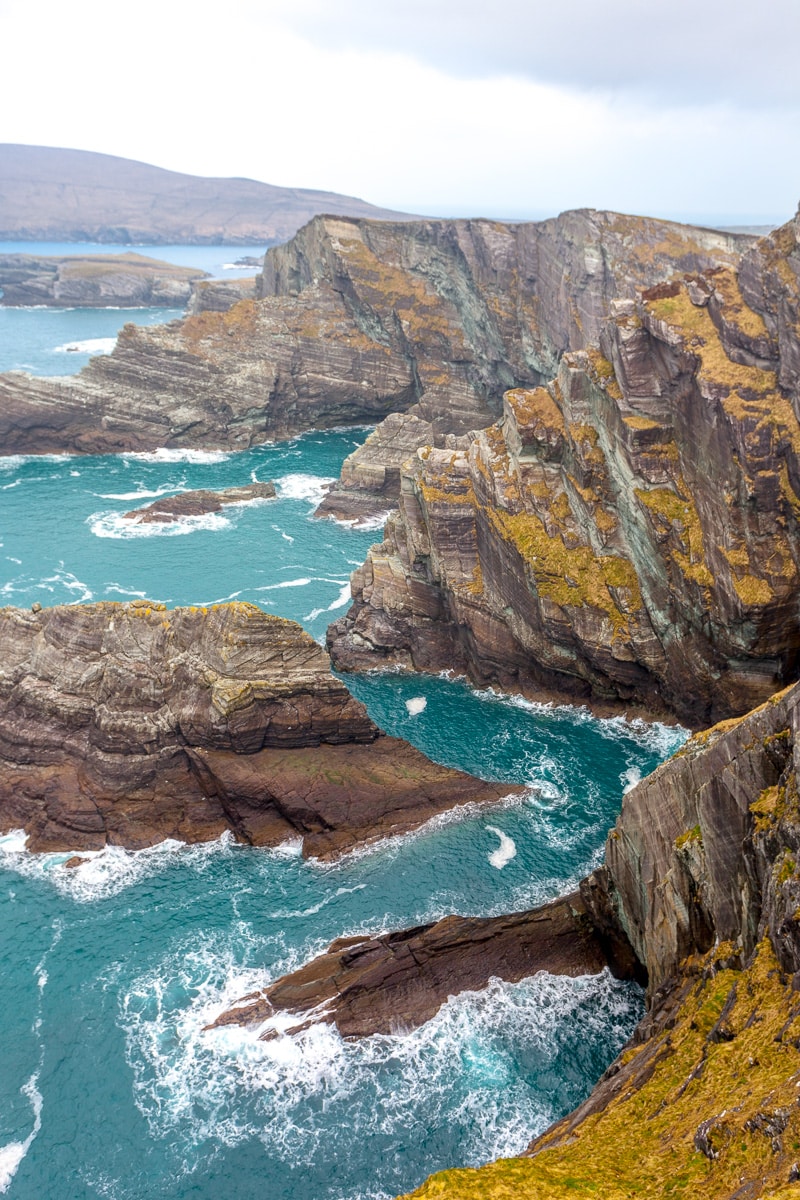 After checking out we continued on the Skellig Ring, making a brief stop at the dramatic Kerry Cliffs that stand over 300m | 1000ft above the Atlantic. From there we made our way along the coast, passing close to the water in places and moving inland in others. We were often high along the rocky cliffs, and later driving next to a flat sandy beach.

At one point we turned off of the Ring to Ballinskelligs to see the remains of a castle and an old priory. The old castle was built in the 16th century to protect the bay from pirates, but it has been heavily damaged by erosion and time.

The Augustinian Priory at Baiinskelligs Bay is located on a stunning site. 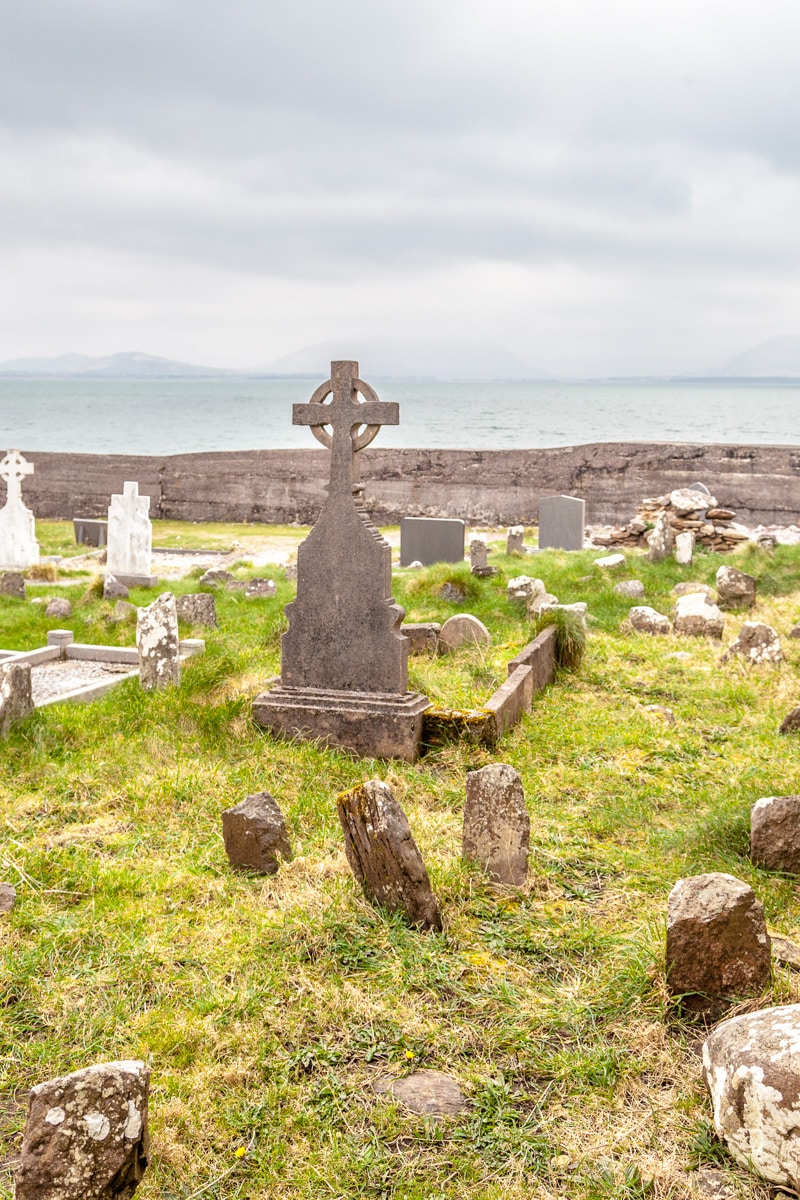 It was built here on the shores of the bay sometime in the 12th century by the same order of monks, who had abandoned the isolated monastery on Skellig Michael, and dedicated the priory to St Michael. There were many old and new graves in and about the old structure, and some of the very old stone markers had even forgotten who was buried beneath their weathered surfaces.

Further along the coast we again diverted from the Ring at Derrynane to find an ogham stone, visit some gardens and beach nearby.

Not too far from where we turned off the main road we came across the 2+m | 7ft  high Derrynane Beg Ogham Stone, standing in a small clearing. Ogham is a primitive Medieval alphabet used to write the early Irish language This stone stone has been dated c.500-550 AD. 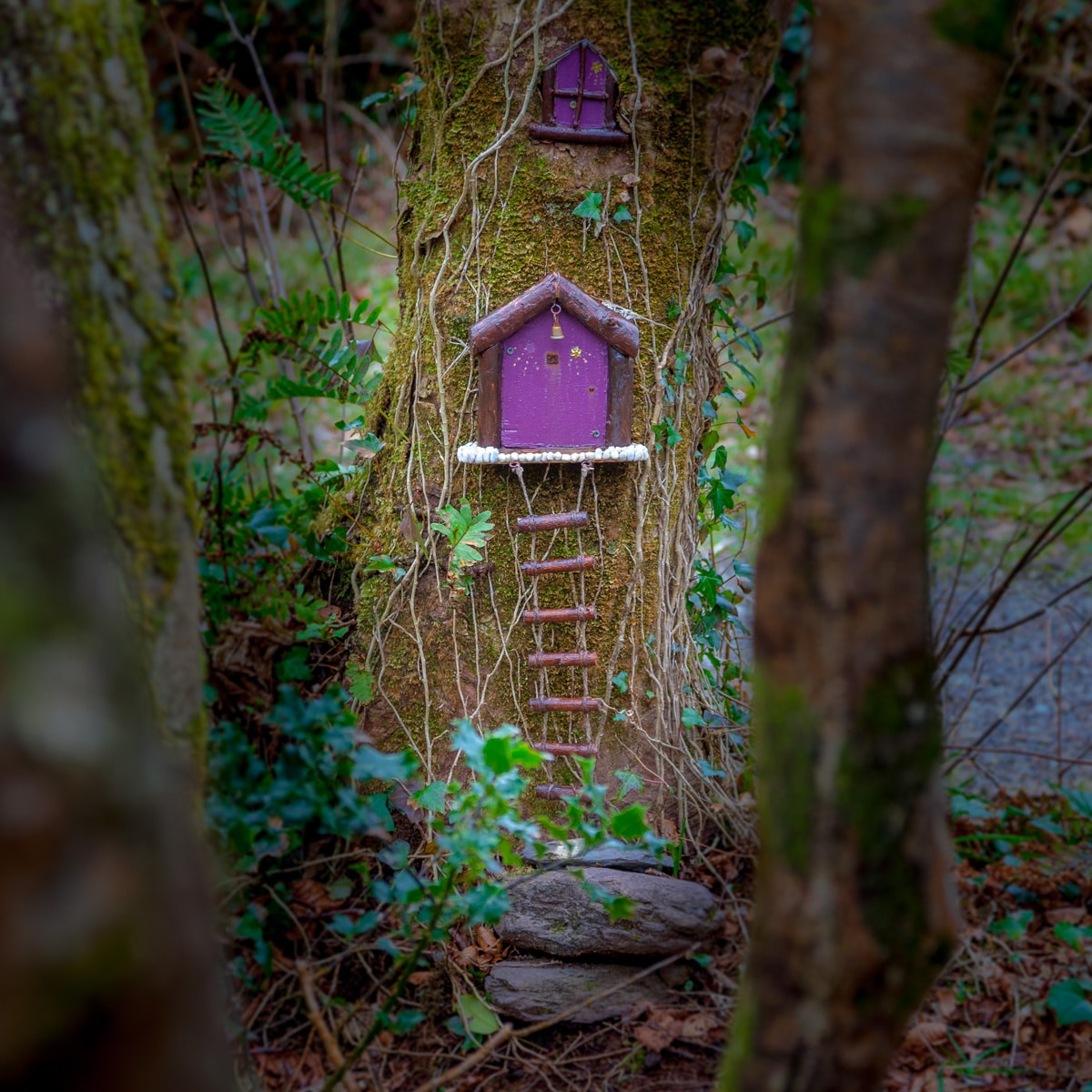 Nearby was Derrynane House, the ancestral home of Daniel O’Connell, lawyer, politician and statesman. Situated on 120 hectares | 300 acres of parklands on the scenic Kerry coast, the house was closed for the season, but the grounds and beach were open and we took our time exploring.

By now the afternoon was getting on, and we needed to start for home. 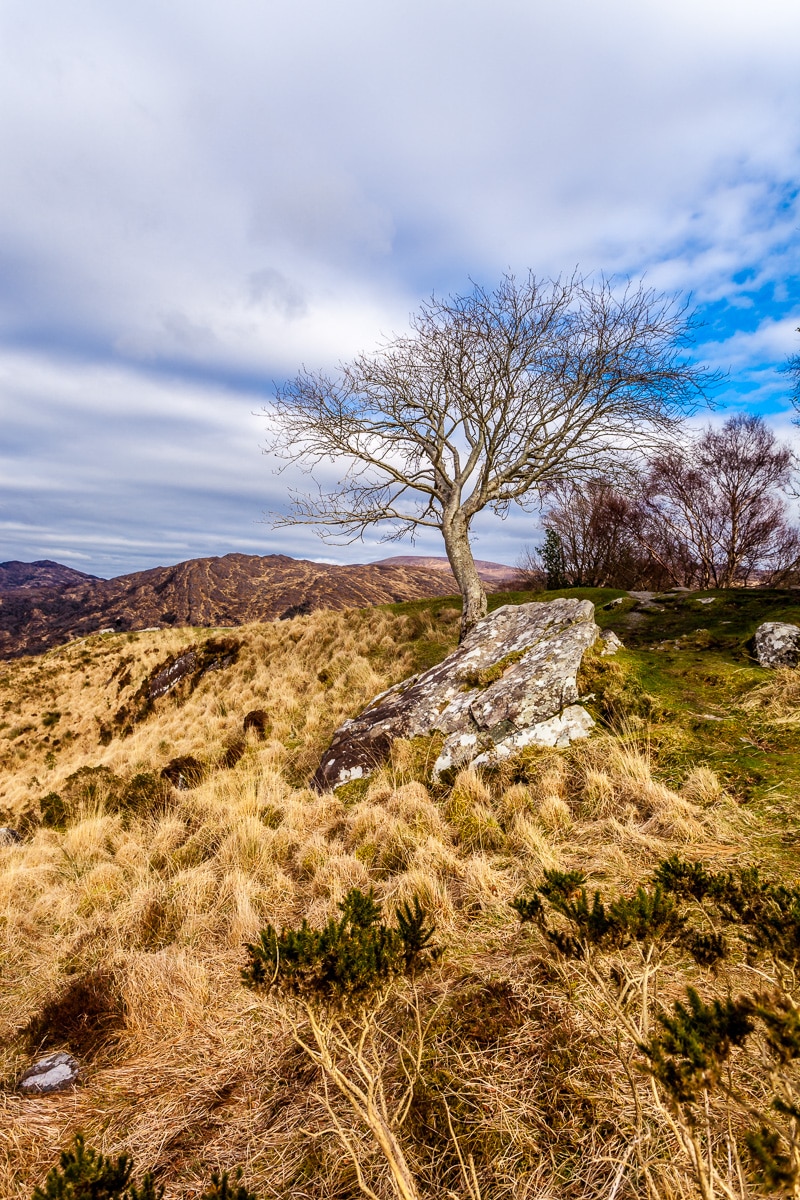 There were other places we wanted to stop, such as the beautiful little town of Kenmare, but we had to roll slowly through with a promise to return. And we will return soon, as Kenmare and Killarney are only 33km | 20mi apart.

The last of the Ring of Kerry went through even more beautiful landscapes. We passed through the Gap of Moll, and made a brief stop at “Ladies View” where Queen Victoria’s ladies-in-waiting visited during the royal visit in 1861. They were so taken with the view that it was named after them.

Before long we pulled into the parking area outside of our apartment. It was good to be home, with more adventures to come.