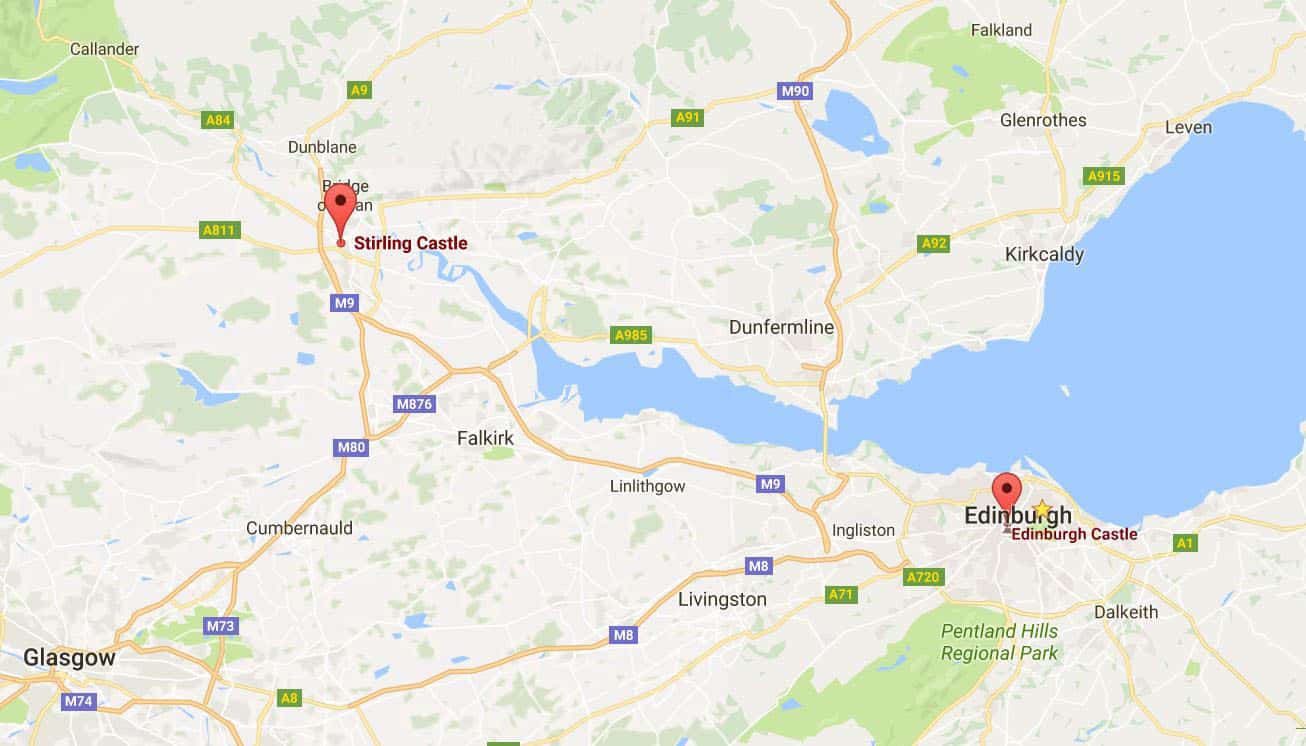 Though they are barely 40 miles | 64k apart, the Castles at Edinburgh and Stirling have had striking impacts on the history of Scotland.

There are many similarities between Edinburgh Castle and Stirling Castle, both are built upon massive, rocky crags, surrounded on three sides by steep cliffs, providing strong defensive positions. Both were likely used by local tribes during the time the Romans invaded northern England in the first century AD. Various structures were built during the 1100s though historical reports are sketchy. 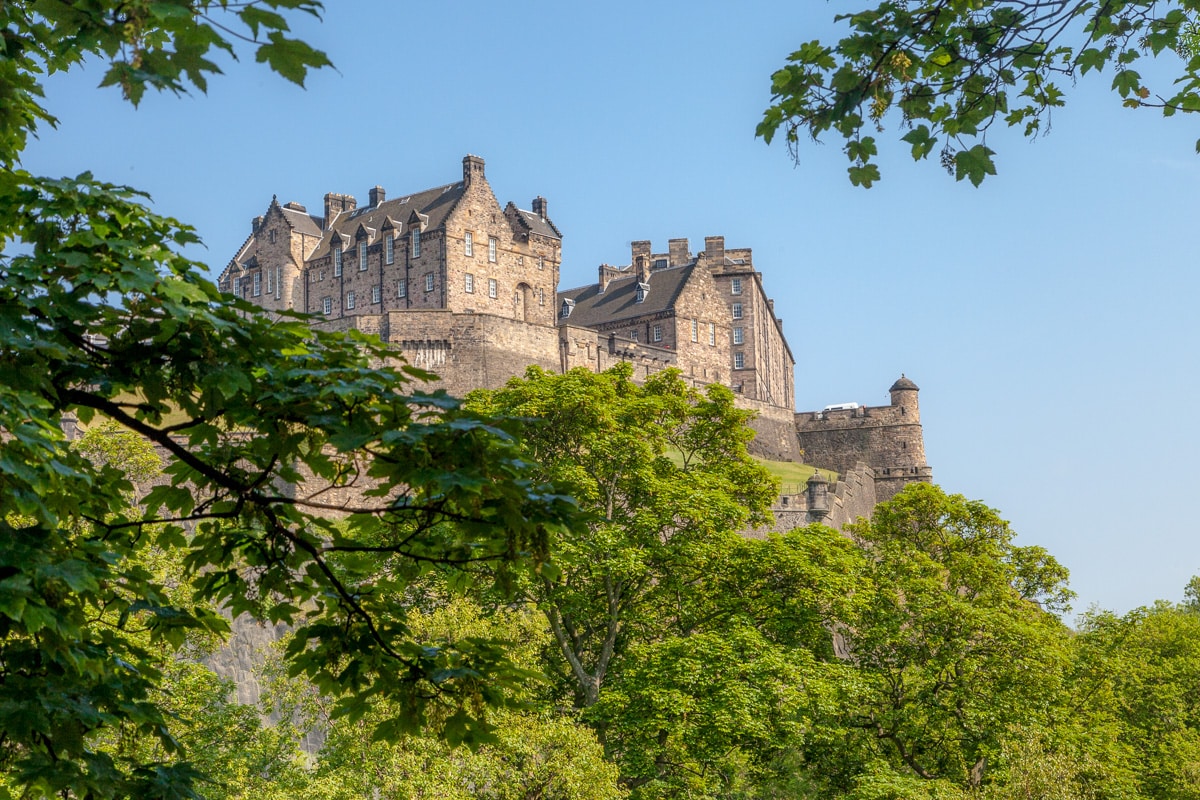 Wars between Scotland and England in the 12th Century saw both castles, among others, play prominently in the political changes of the times. The Wars of Scottish Independence from England in the late 1200s and early 1300s, the Jacobite Risings between 1688 and 1746, and many other conflicts over the centuries saw the castles change hands numerous times. 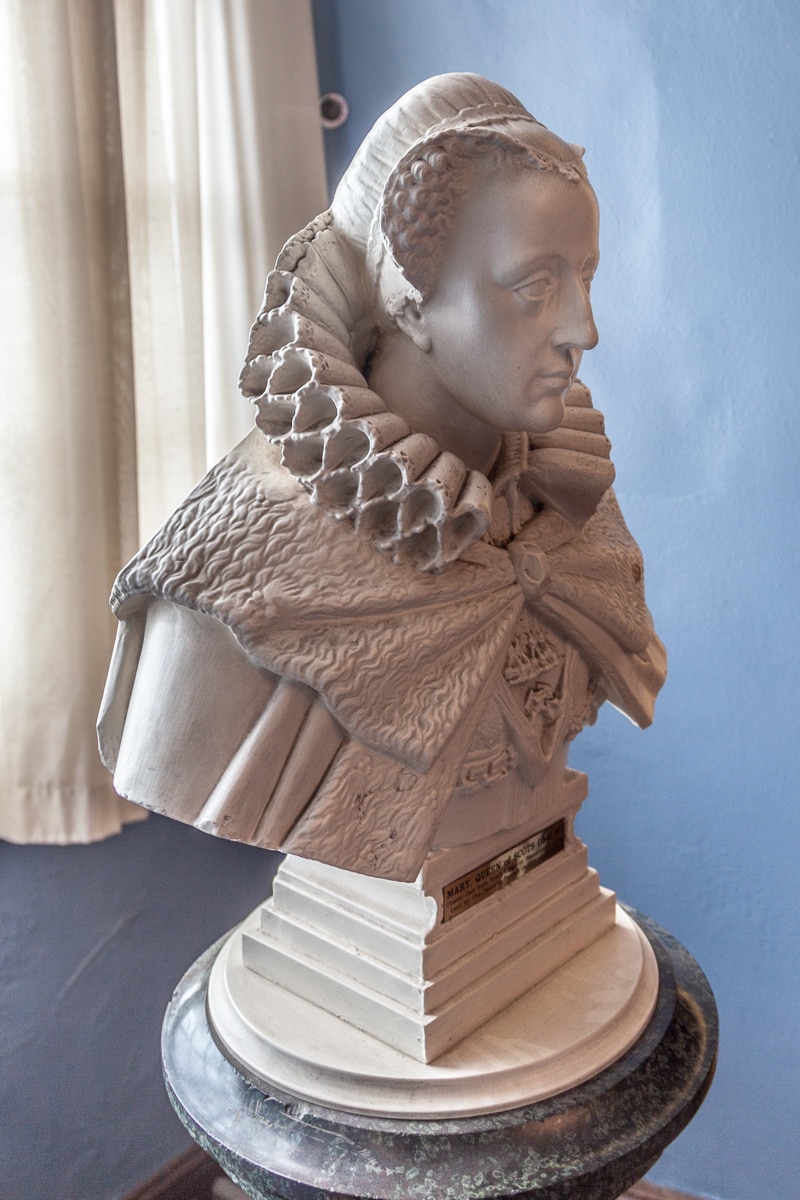 Additionally, intrigue, deception and subterfuge are often the tools of power, and such internal strife has frequently resulted in imprisonment, banishment, exile, or even execution.

Many less sinister Royal occasions were celebrated at both of the castles as well. Several Scottish kings and queens have been crowned at Stirling, including Mary, Queen of Scots in 1543; Edinburgh Castle, the most important royal fortress in the Kingdom of Scotland, is home to the Scottish Crown Jewels – the crown, sword and sceptre that are displayed along with the Stone of Destiny, the coronation seat of Scottish Kings, and each have interesting stories. 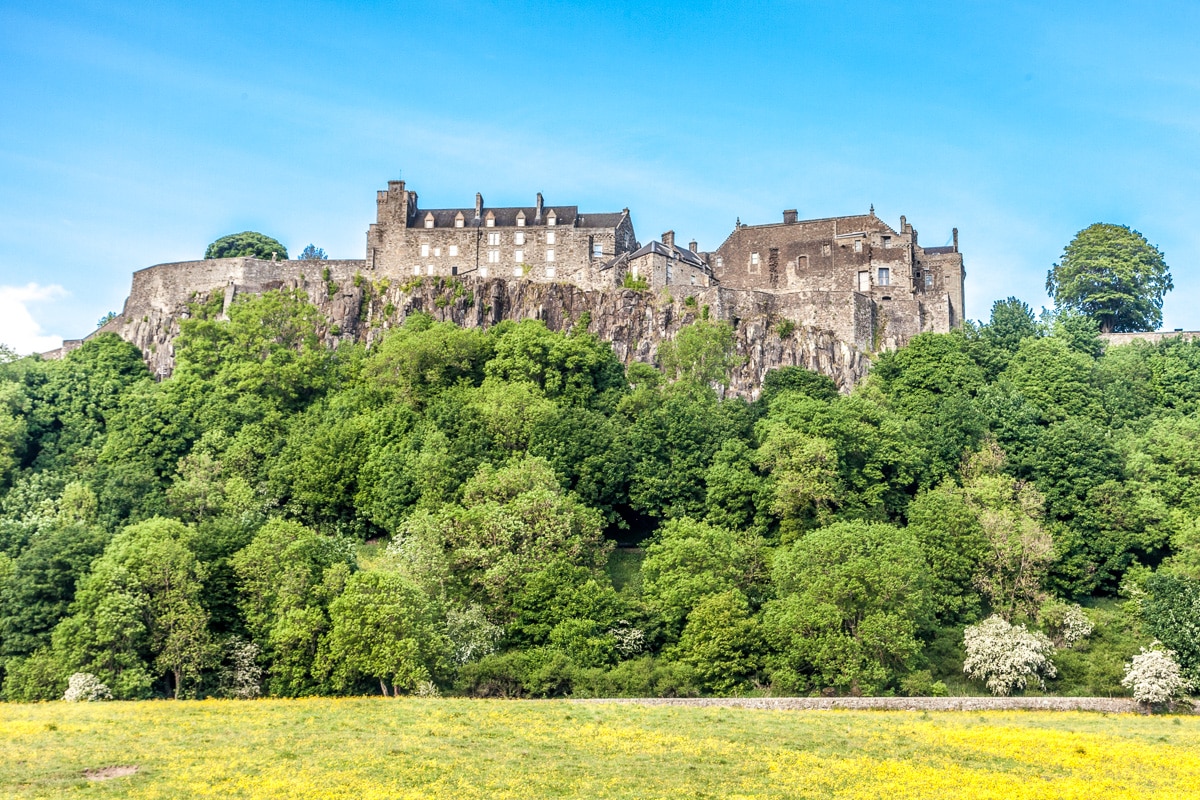 When you see these castles perched on their rocky prominences, you understand why their locations were chosen. The strategic advantage of having steep cliffs on three sides is obvious. When you build massive stone walls on top of that, walls that seem to grow out of the exposed rock they are on, you create a formidable obstacle, visual and real. And yet over the years the massive walls have been scaled or sieges were made allowing the castle to be taken. 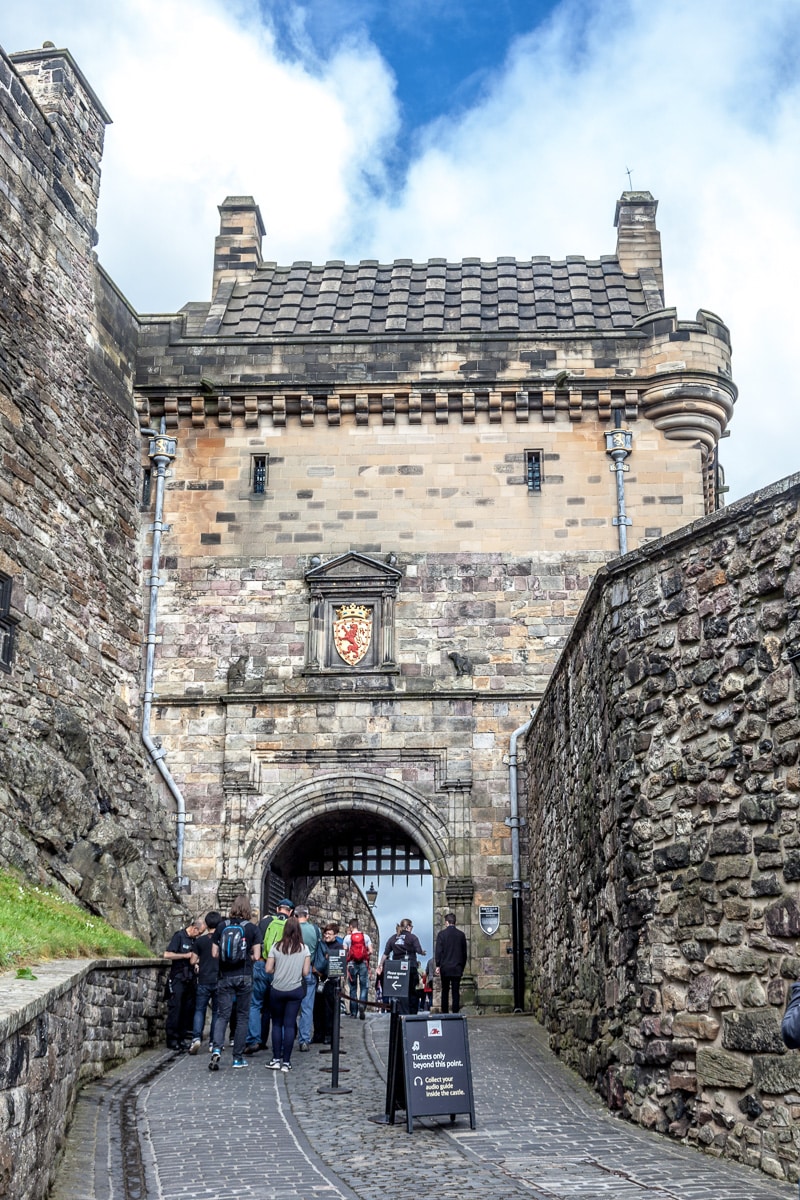 To enter each of these castles, you approach walking on worn cobblestones through gates built into the   thick, stone walls. One then looks around and it is easy to imagine medieval soldiers moving about, clambering on the walls loading cannons or preparing long-bows.

Some of the buildings have survived centuries. The stories and legends are innumerable, and most are true. The lives of most of the people that passed through the portals and their struggles and triumphs are long forgotten, but the stones have seen them all. And if you look hard enough, if you touch the walls, feel the rock, and then realize that hundreds or thousands of others before you have touched these same stones, you may feel a link, an understanding, a connection with the past.