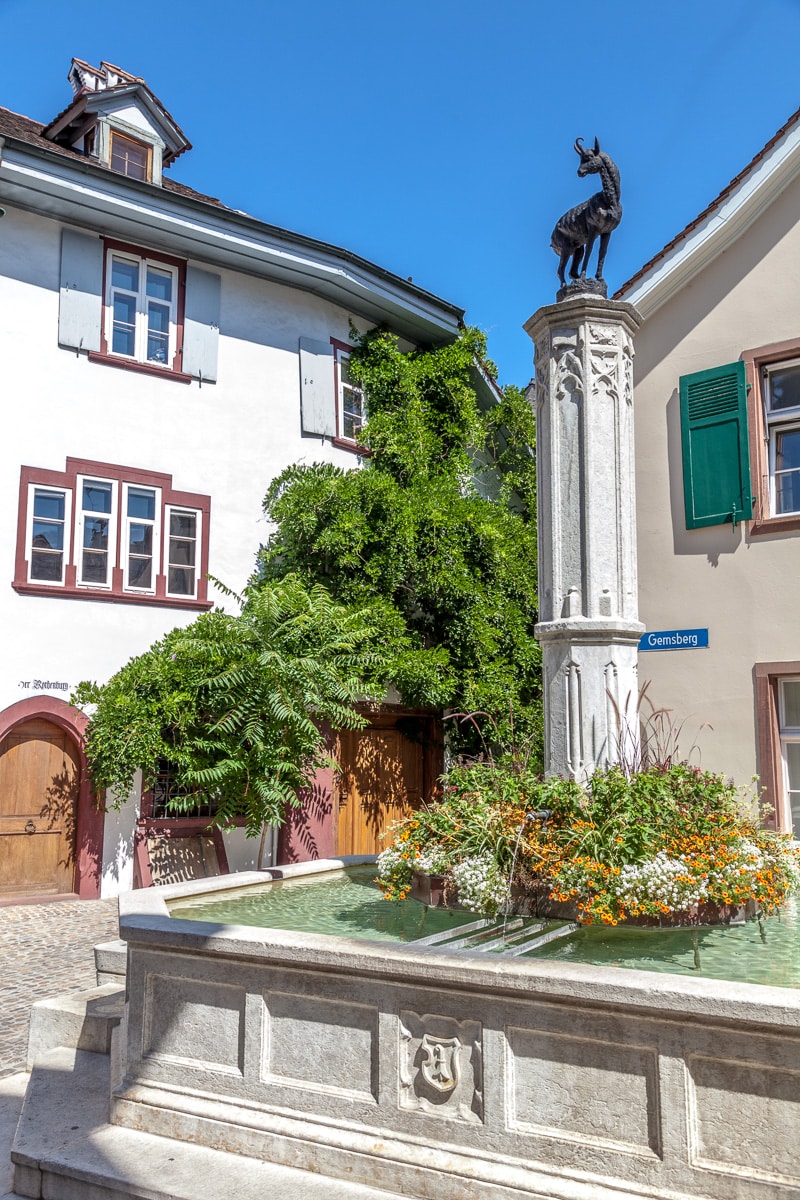 Switzerland – home of the chocolate, cheese, watches, chard, army knives, bank accounts and the Alps. While living in the Eastern part of France, it is easy to take short trips into Switzerland. So, Jeannie began her research of the area and possible 1- to 3-day trips that would give us some more quality time in nature and out of the city. Basel, Switzerland is less than 1.5 hours out of Strasbourg so we would also be able to see a bit of Lucerne as well as spend a day in the Alps. 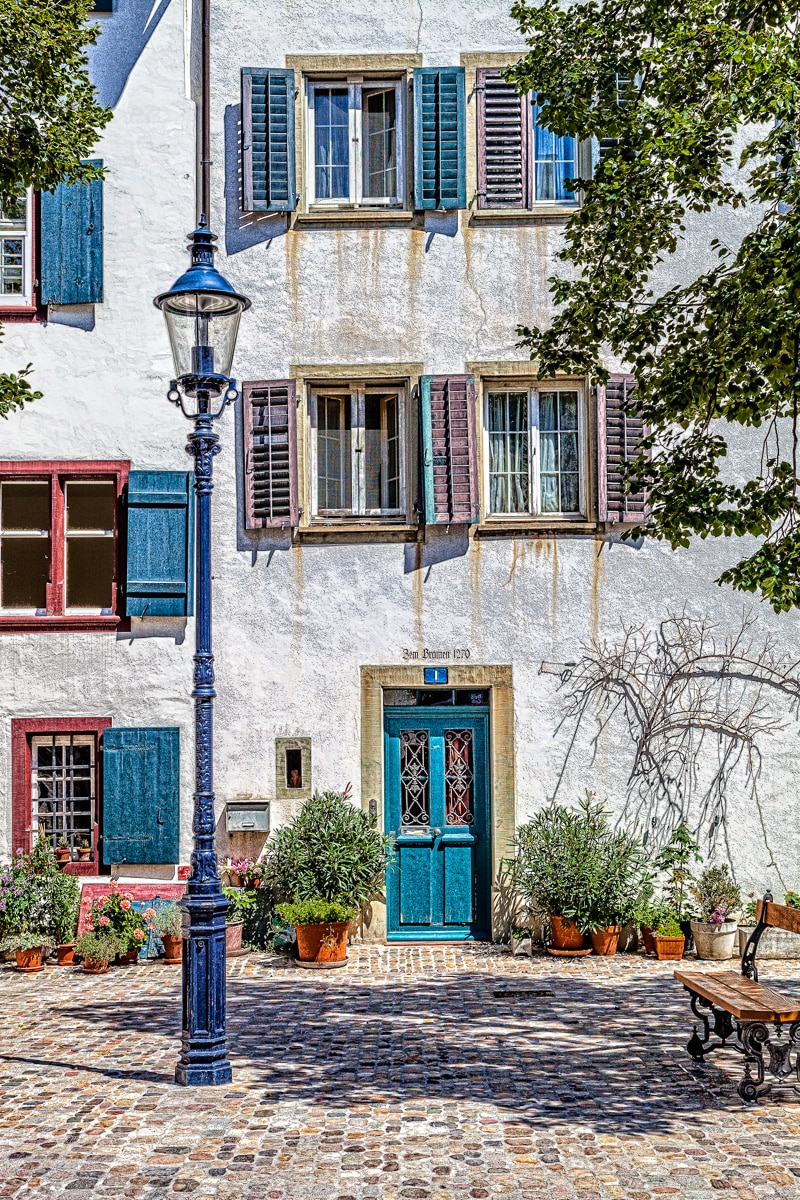 es in Switzerland prices are considerably higher than France, so it took quite a bit of research to come up with a reasonably priced plan. Jeannie found a well-located hotel (close to train station and into the old city) in Basel and we booked it for 2-nights (it had air conditioning also!). The idea was to have one day in the city, then travel to the Alps near Lucerne for the day before returning to Basel for second night. We stopped at the TI and inquired about walking routes in Basel, and options for Lucerne. The self-guided tour to Mount Pilatus looked like a great way to get into the Swiss Alps. The multi-faceted travel route was bundled into one price, and though definitely not cheap, we would not have to negotiate multiple ticket purchases and scheduling. 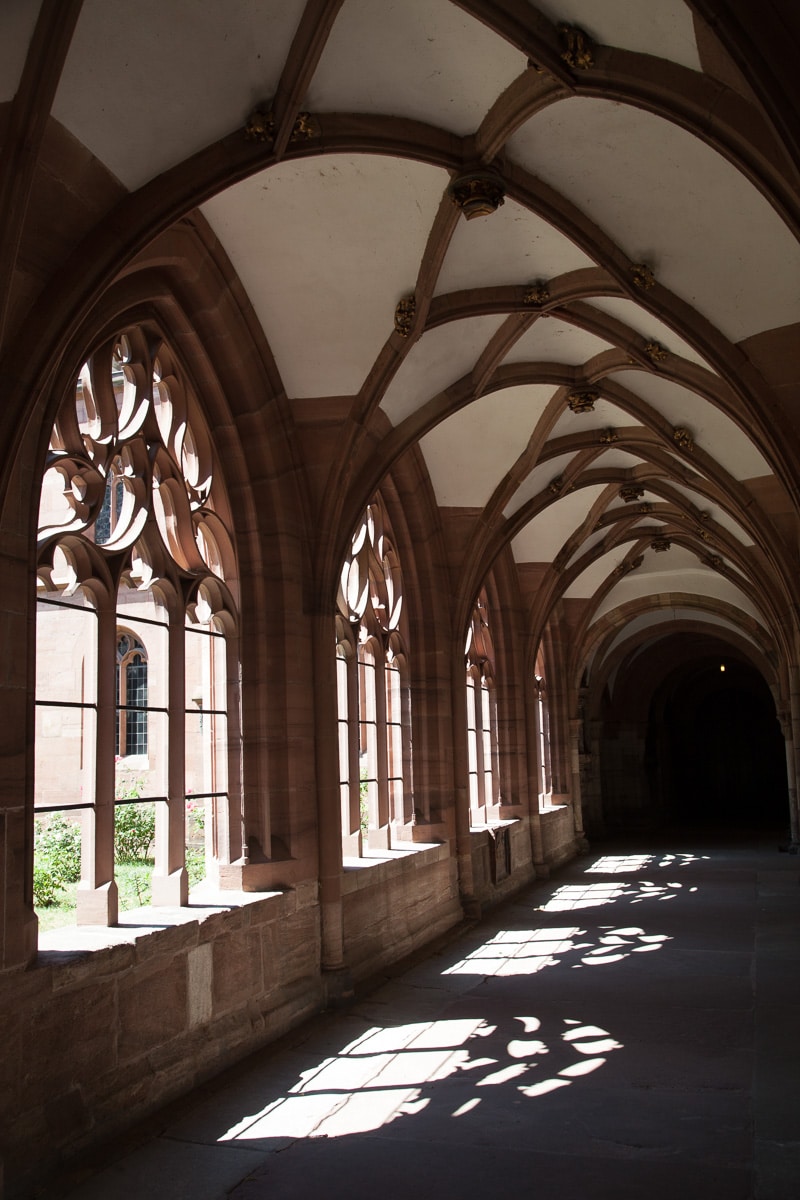 After booking the trip to the Alps, we were able to wander through the old town. The history of the town of Basel extends back far more than two millennia. Old Celtic settlements and a fort have been discovered in the area predating the Romans, whose first settlement dates to 44BCE.

War, “Black Death” plague, fire and earthquakes have all had their toll on Basel over the centuries. Yet the historic old town center has many buildings over 700 years old. As we walked through this historic city we were also somewhat surprised at the number of beautiful modern buildings as well. It has the reputation as the Swiss capital of architecture based on the fact that during the last 25 years many well-known architects have contributed to this modern Basel. 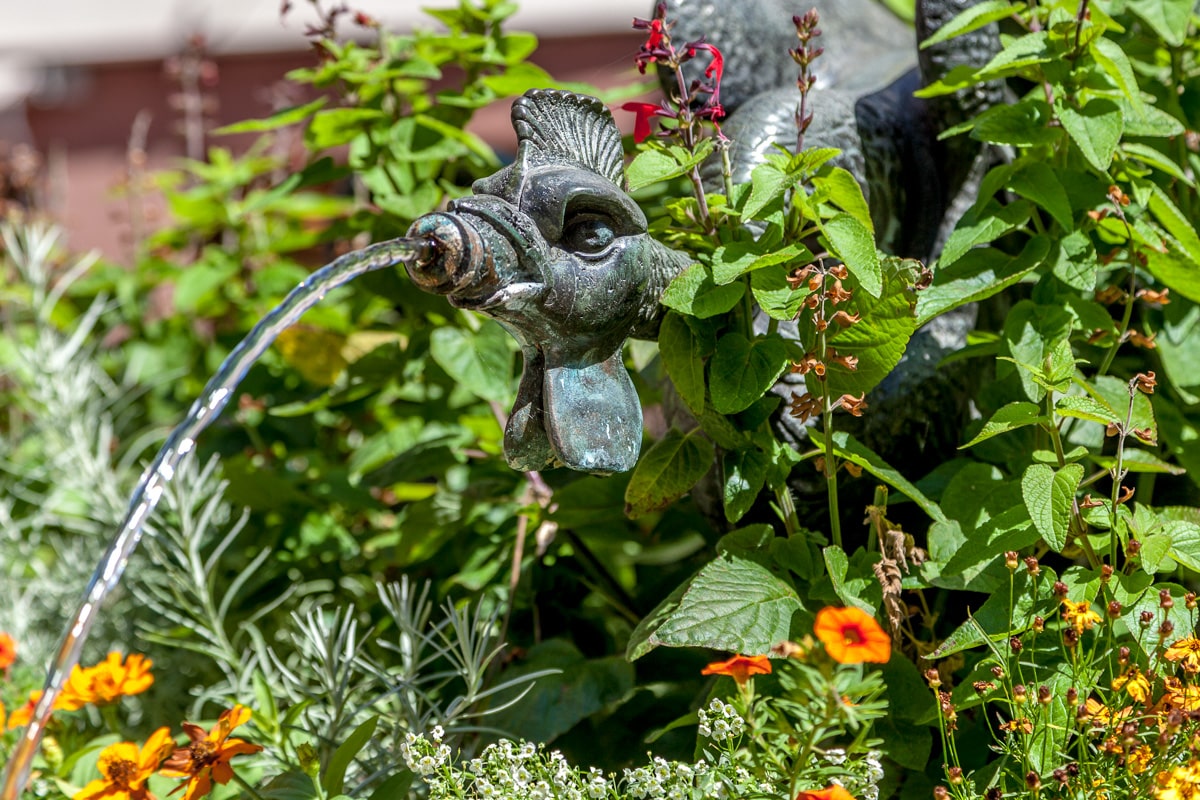 Basel is also a center of art, with almost forty museums  covering from antiquity to the present and including historic and established works of fine art as well as more avant garde creations. Unfortunately, time would not afford us the luxury to visit but only one museum and that would be tomorrow. 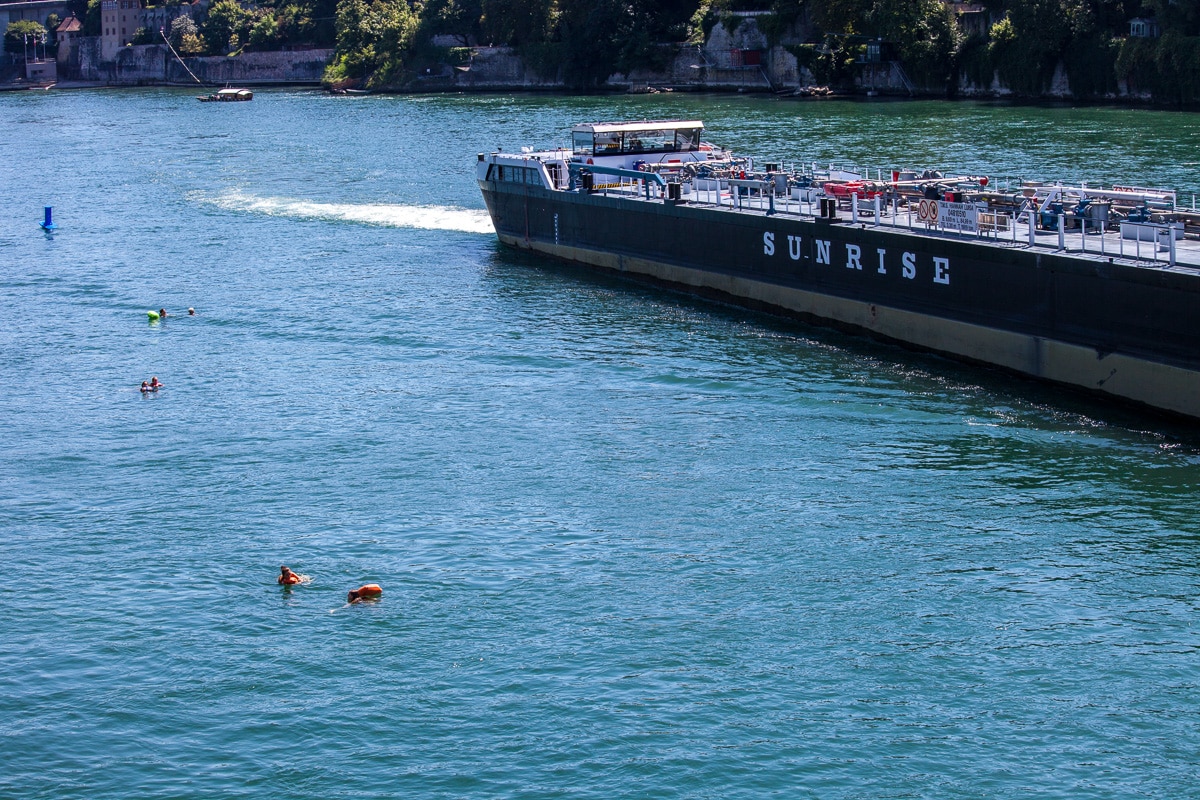 As we headed towards the Rhine River, we encountered a sight that we had heard of, but were nonetheless surprised to see. As the Rhine flows northward from its origins in the Swiss Alps toward the North Sea at the Netherlands, it is already a large river as it flows through Basel. At 20° C (68 ° F) it is a popular place to cool off during the hot summer, and as we looked both upstream and downstream there were dozens of people floating in the cool, clear waters of the river. During the course of a day, hundreds and hundreds of people pack their clothes and belongings into large, brightly colored, waterproof bags that double as flotation devices and make it easier for people on ships, boats and smaller watercraft to see them. In fact, the swimmers are often in the company of very large ships that move cargo on the river.

Later in our day, after still more wandering through Basel, we returned to our hotel where, despite the heat, we enjoyed a drink in the shade of the courtyard garden, before going out for dinner. We knew tomorrow would be a big day in the Alps, so we turned in early.

Our visit to the top of Mount Pilatus, not far from Lucerne, deserved a post of its own. You can visit it from the main menu or by this link. 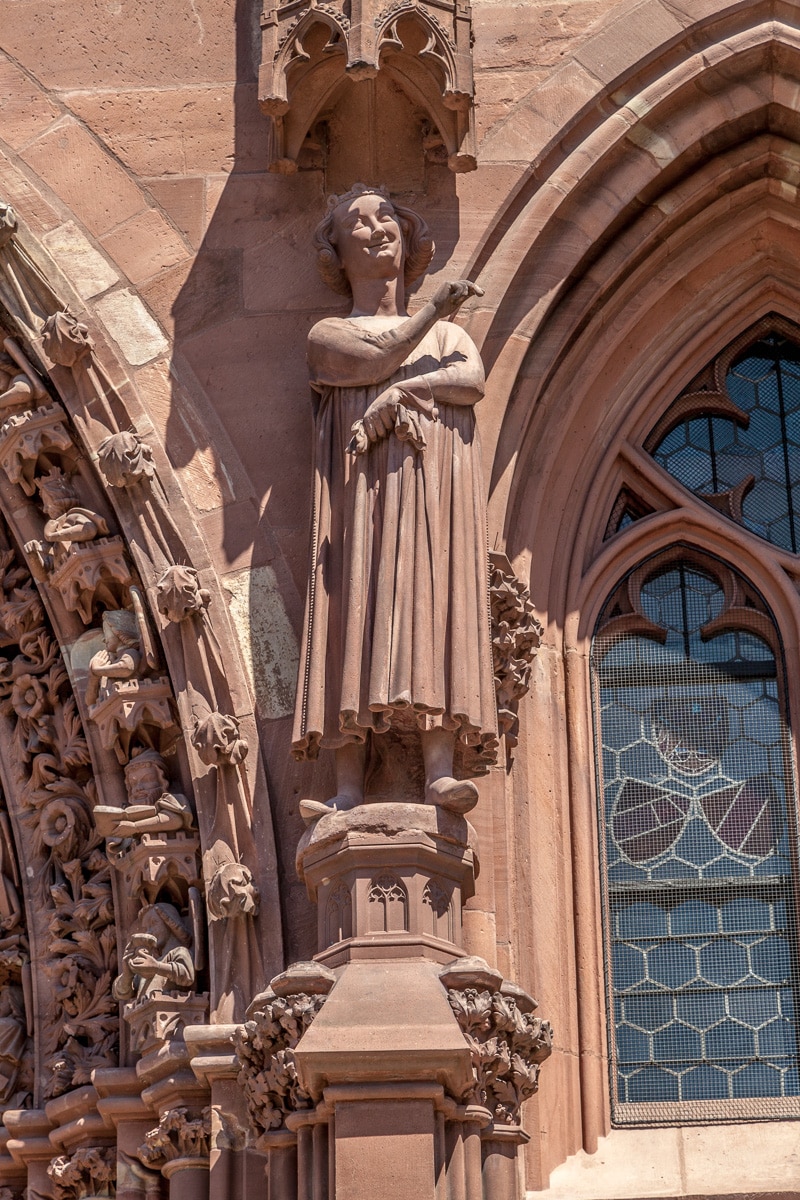 Back in Basel after our day in the mountains, the evening was hot, though not as hot as the next day was forecast to be. We cleaned up at the hotel before venturing out for dinner. There were not many choices that appealed to us, but we came upon a local brasserie that, since we were getting very hungry, was good enough. The inside seating next to an open window provided an occasional breeze, but with no air conditioning it was still quite warm. After dinner we walked directly back to our hotel, and our comfy, dark room with AC, ahhh. We again slept the sleep of well-fed, exhausted hikers.

After checking out of the hotel we walked to the train station and put some of our items in a storage locker. Unencumbered we set off to explore the city further. It was already getting hot, and once out of the shadows of the buildings the sun was intense. As we had already walked most of the old town (that we could take in the heat), we opted for a stroll along the tree-lined Rhine to the Museum Tinguely. 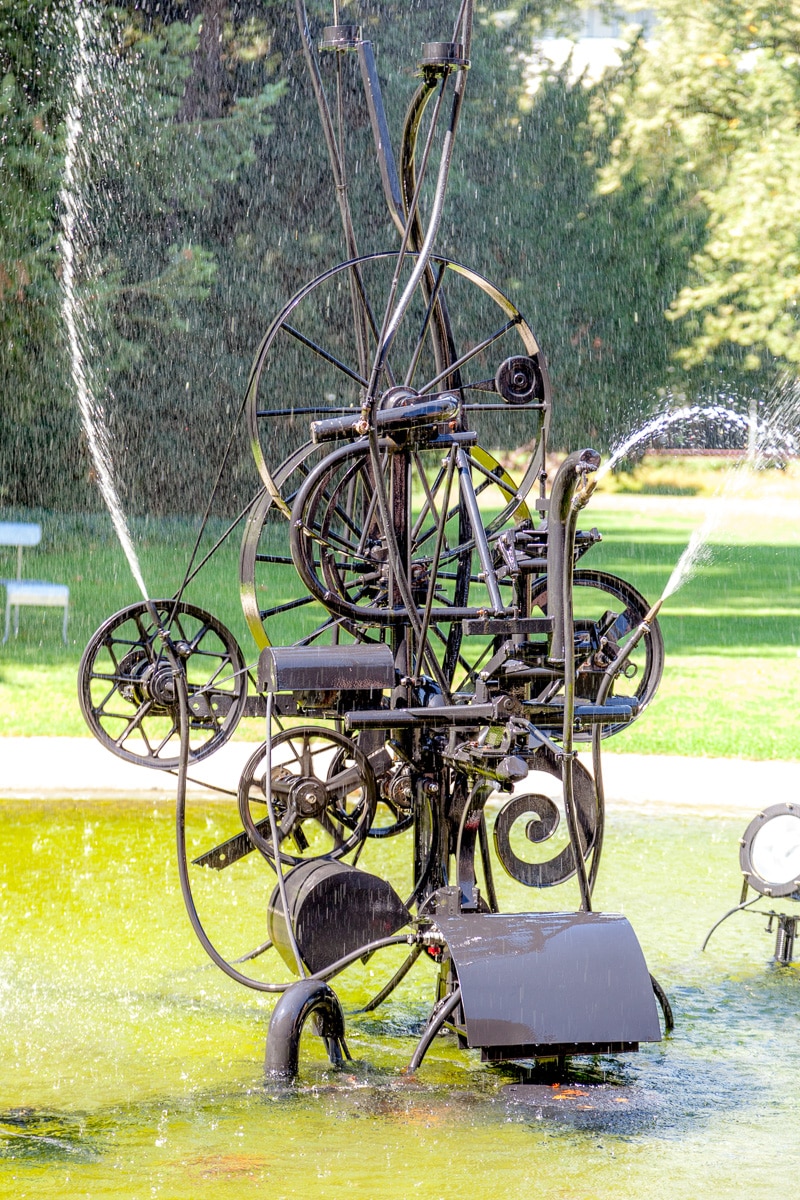 Jean Tinguely (1925 –91) was a Swiss painter and sculptor whose sophisticated kinetic sculptures, which he termed métaméchaniques, or metamechanicals, are reminiscent of a cross between Rube Goldberg and Edward Scissorhands. The majority of his metamechanicals are powered by electric motors, and there are buttons on the floor that, when pressed, make the sculpture come alive with motion and sound.

The motion serves no purpose other than to provide a delightful feast for the eyes, ears, and mind. I was spellbound watching and analyzing the movement of belts, pulleys, levers, rollers, and shafts that interconnectedly strike gongs, bells, keyboards, and other noise-making devices, or actuate pens that draw designs on paper. However, some of Tinguely’s more famous works had the goal of totally self-destructing once set into motion. Those works can only be seen on videos.

Many of his other works are installed in fountains since rather than using electric motors to create the motion, they use water provided through hoses to spin and move before spraying the water out in various directions. 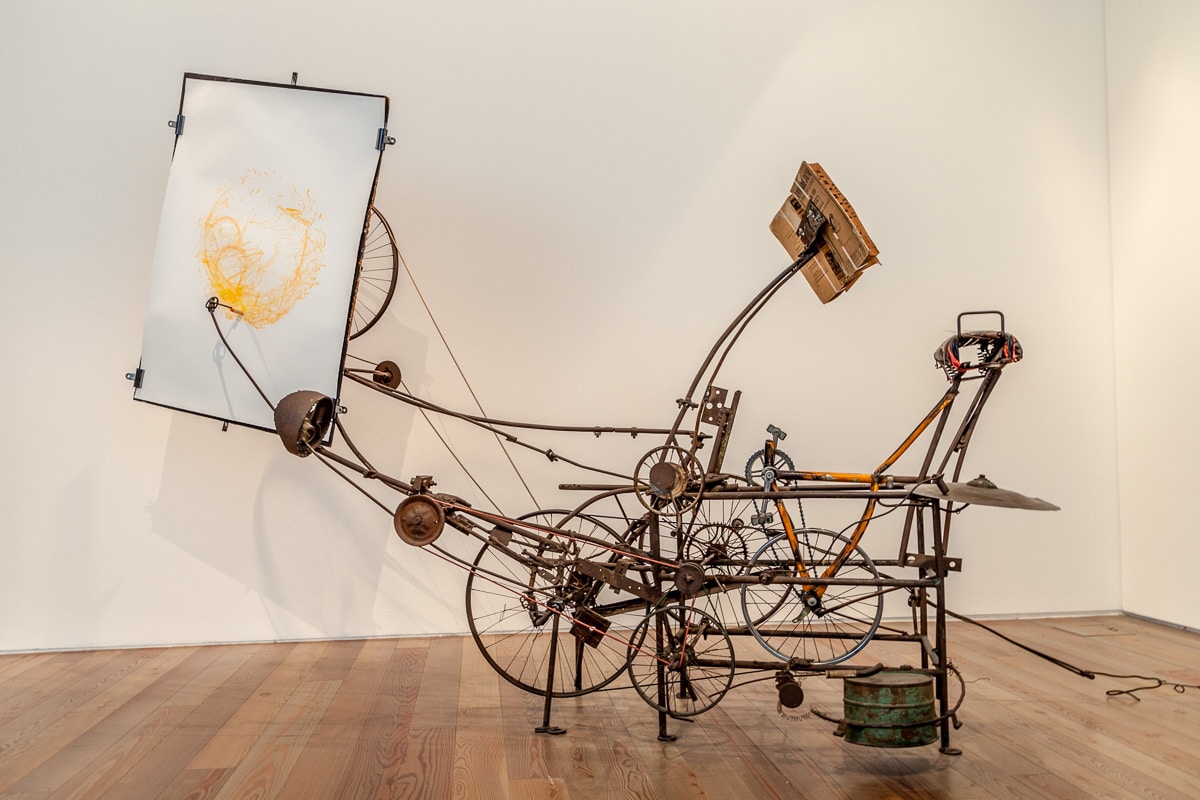 By the time we finished the Museum Tinguely, we were beginning to get tired, hungry, and it was hotter still. The high temp was forecast in the mid-30s C (high-90s F). At this point we returned to the train station to retrieve our bag, purchased items for lunch at a grocery, and looked for some shade where we could wait the 45 minutes or so before our train departed for Strasbourg.

We headed toward the platform where our train was already waiting, and upon checking inside one of the cars found it to be air conditioned and COOL! The entire car was empty except for us as we enjoyed our lunch in comfort, and it wasn’t until just a few minutes before departure that it began to fill.

The uneventful return to Strasbourg was comfortable, and when we emerged from the Gare, the hot air reminded us that it was still summer here as well. The interior of our apartment wasn’t nearly as hot as out on the street, and with some iced water in hand it was good to be home.