Our friends Rich and Patti drove to Montpellier from Barcelona, Spain to visit us. That meant they had a car. Originally, our plans were to possibly spend more time driving out into the countryside. However, given the difficulties of navigating the narrow, convoluted streets we decided to leave the car safe in its parking space. Besides, their first day was spent in Montpellier where we walked all about the town enjoying the local sights. The second afternoon was the wine tour with Montpellier Wine Tours. Any other spare time we had was filled with eating, drinking, and enjoying each other’s company.

By Tuesday, the third day of their visit, a road trip was called for. The destination was Aigues-Mortes.

The settlement of Aigues-Mortes is attributed to Roman Marius Caius, around 102 BC. The name Aigues-Mortes means “dead waters”, a reference to the semi-stagnant salt water marshes. In 791, Charlemagne erected the Matafère tower amid the swamps for the safety of fishermen and salt workers by providing warning of attack. It was on the foundations of this structure that the later defenses were built.

Aigues-Mortes was a city marked by the Crusades. It was the embarkation point for many of the Templar Knights on their way to the Crusades. Over the centuries the fortress continued to grow, and by 1300, the surrounding wall 1.66 km (over a mile) in length was completed, containing six significant towers and 10 gates. 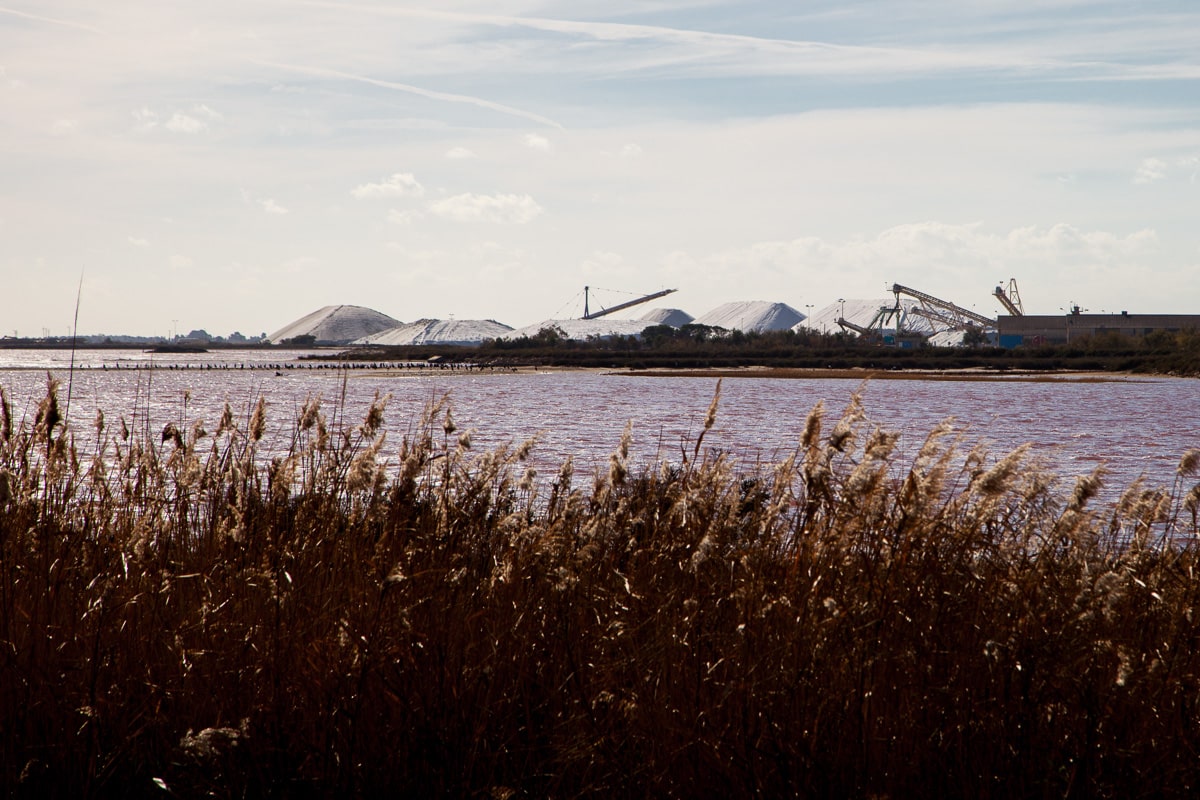 Production of salt at Aigues-Mortes, probably since ancient times, attracted fishermen and salt workers. Benedictine monks settled at the 8th century Abbey Psalmodie to exploit this precious commodity. The salt industry, along with tourism, remains one of the primary industries of the city.

The drive from Montpellier was easy as we made our way along the flat Mediterranean coast. Though very windy, it was otherwise a clear, cool autumn day. After parking we began the walk to the fortress. As we approached from the east, we were presented with the shortest side of the walls. It wasn’t until we had walked through the old medieval town within the walls and exited on the southern side that we saw how truly long the wall was.

There is a large field between the fortress and the salt marshes and lagoon where one can step well back and view the entire structure. Within the walls the medieval buildings still house a thriving community. Shops and restaurants abound, and during the summer holiday season, the streets are packed with tourists from all over Europe.

It was a long holiday weekend in honor of Armistice Day, the end of the First World War, still a significant date in French history. Everywhere we go there are monuments to those who died during both World Wars, as well as other conflicts.

As it was, many of the shops and restaurants were closed, as was the tour of the ramparts of the city, the only way to view the city and surrounding area from above. The day was still young, and after some disagreements with the GPS, we made our way into the Camargue, a vast, protected, coastal marsh area known as the Parc naturel régional de Camargue. 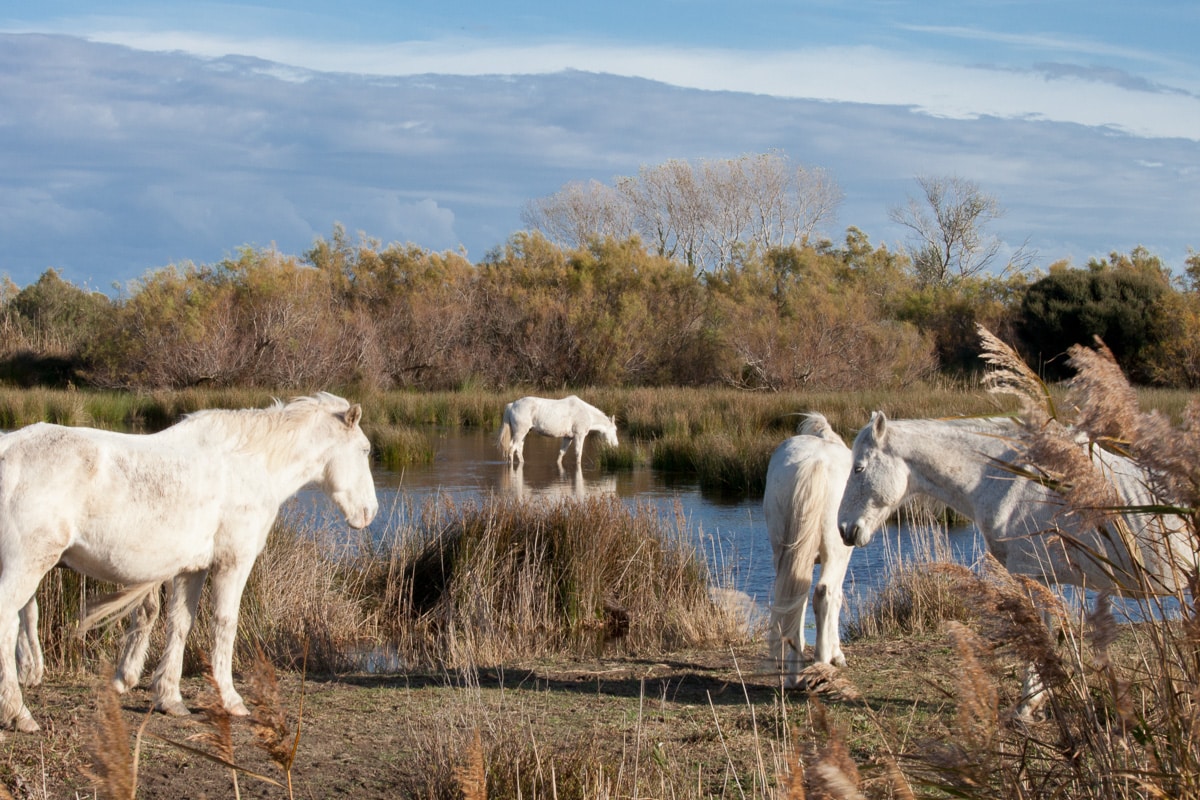 Famous for cattle, horses and birding, the area ranges from the Mediterranean northward for miles. Wild horses roam the marshes, and French cowboys still work herds of cattle from horseback.

We decided to head to Saintes Maries de la mer, a small town on the coast. The road was good, and there was little traffic to give a clue as to what we might find there. Indeed all we expected was a sleepy little coastal village closed for the season. But as we drew closer, there were more and more cars, campgrounds filled with caravans (campers), and lots and lots of horse trailers.

When we finally arrived in the not-so-sleepy town, it was a filled with people. Hardly a parking spot to be found, we lucked out and found a place right along the Mediterranean.

As it turned out we had stumbled onto the Festival d’abrivado, an annual festival in honor of the Camargue horse, a small white breed that grazes on the salt marshes. These short legged horses are born black and turn white or light grey as they mature. It it is an event in which gardians (local cowboys) and manadiers (ranchers) round up tauraux (bulls) through the town and lead them to the arena where bullfights will follow. The abrivado is a unique and highly popular bull-running festival, pitting the skills of horsemen and the bravery of young men against agile, long-horned Camargue bulls. Unlike bullfighting – which still takes place in this part of France – no blood is drawn. Here, the bulls are herded in by horsemen and manhandled by local youths, but doesn’t end in the bull’s death.

Unfortunately, the majority of the events seemed to be over except for the extreme revelry in the bars, and throngs of people still roaming the streets. As the afternoon was wearing on and we had come to the area for more tranquil purposes, we left the locals to their celebrations and began to make our way back to Montpellier. Along the way, we stopped occasionally to view some of the Camargue horses feeding in the marshes. 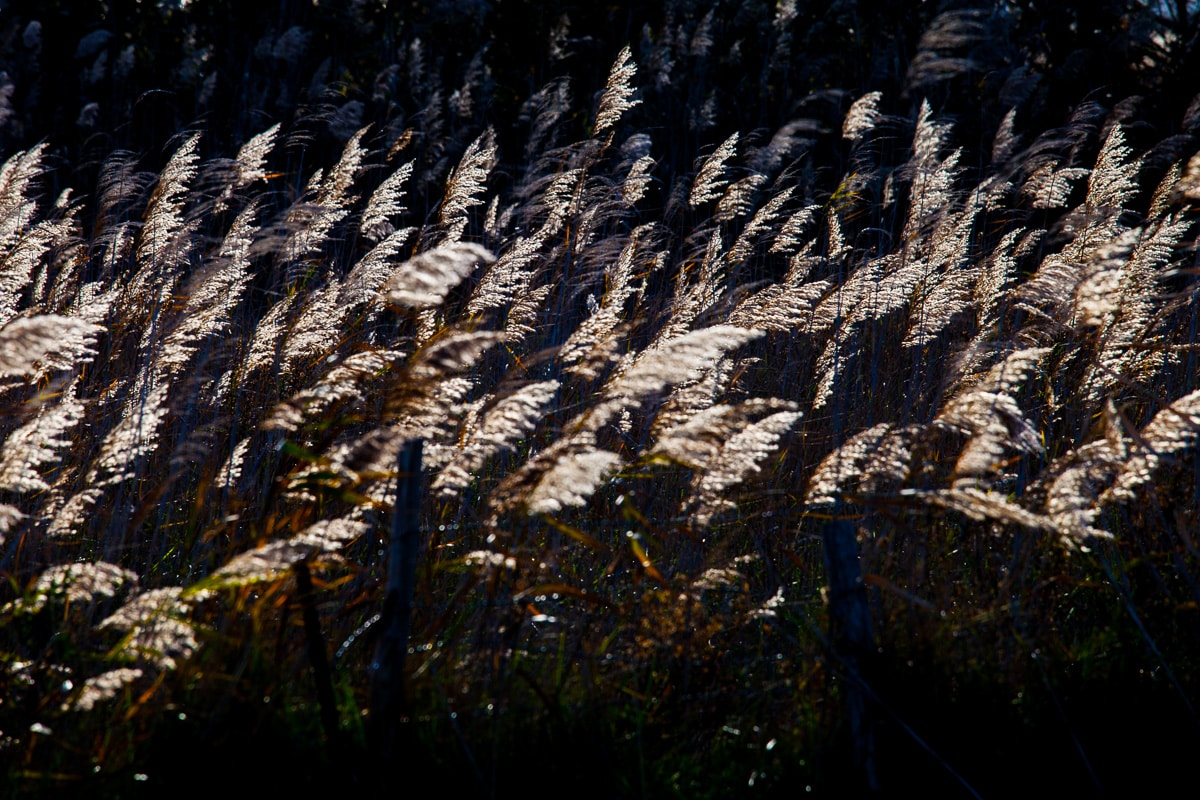 When we returned, we were all too tired to go out for dinner, besides, it was a holiday evening and there were likely not many options. So we opted to stay in. While Jeannie and Patti prepped, Rich and I took off for the market to see what we could gather before it closed. Herbed shrimp, olives, some quiche, ingredients for a hearty salad, and other delectables, to which we pulled out cheeses and other items from our kitchen and nibbled till we were filled. Then of course there were the fine wines that we drank together and toasted to being able to share such great times together.

The next day our friends left for Barcelona to catch their return flight home. We had a wonderful visit, and they returned to their home, while we stayed here in ours. I had a touch of melancholy the afternoon after they left, but then realized that we were all where we were supposed to be.