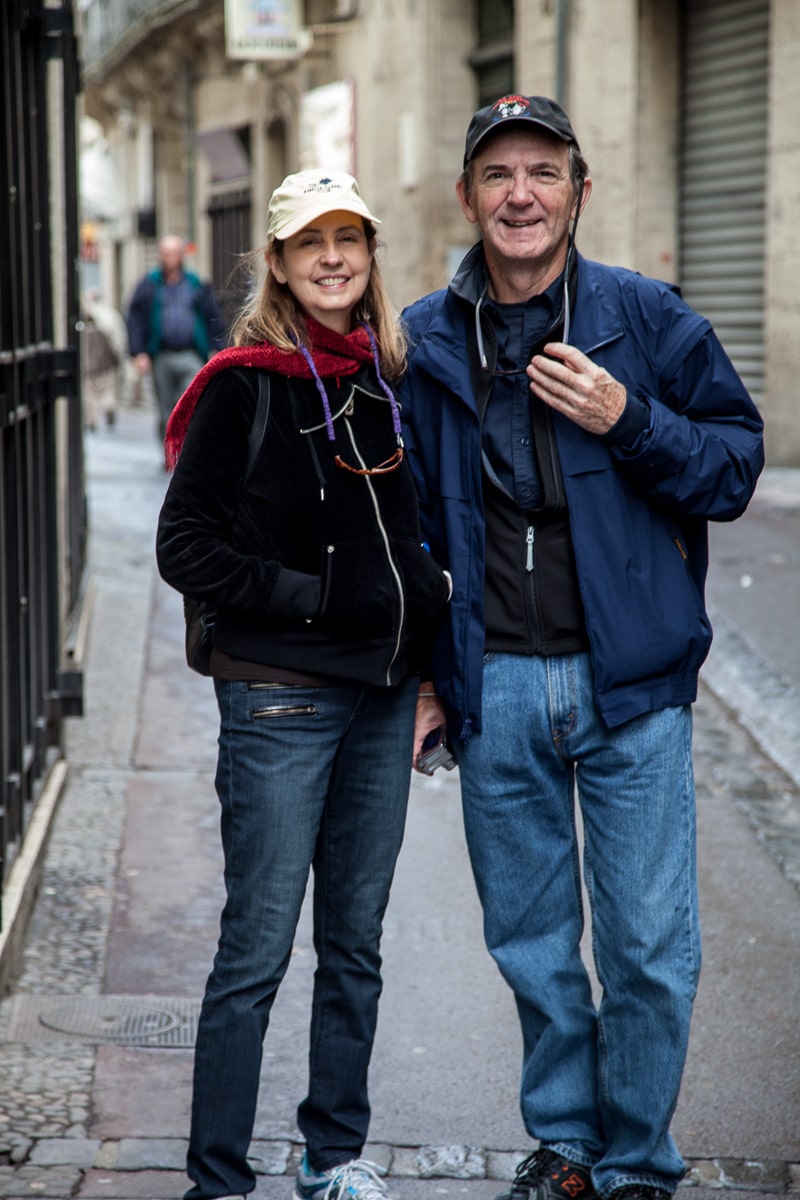 After the three-hour drive from Barcelona, they made it into downtown Montpellier amidst all the trams and pedestrians, but were then lost. The GPS was lost as well. After a bit of confusion I located them, jumped in their car and together we located the underground parking.

After walking the short distance to their hotel, they got settled in and cleaned up. Later, since we were, literally, just around the corner, I walked to their hotel, picked them up and we returned to our apartment for l’apéro (a typical French cultural ritual, a non-formal gathering before dinner where you have drinks and nibbles). The conversation flowed as freely as the bubbly that we served and we all chatted about our lives and our plans.

Leaving our apartment, we made our way onto the Place de la Comédie, the center of activity in Montpellier, and strolled leisurely to a restaurant where we had a wonderful meal. Afterwards, we wandered the back streets of Montpellier ending up back at their hotel where we said good night. 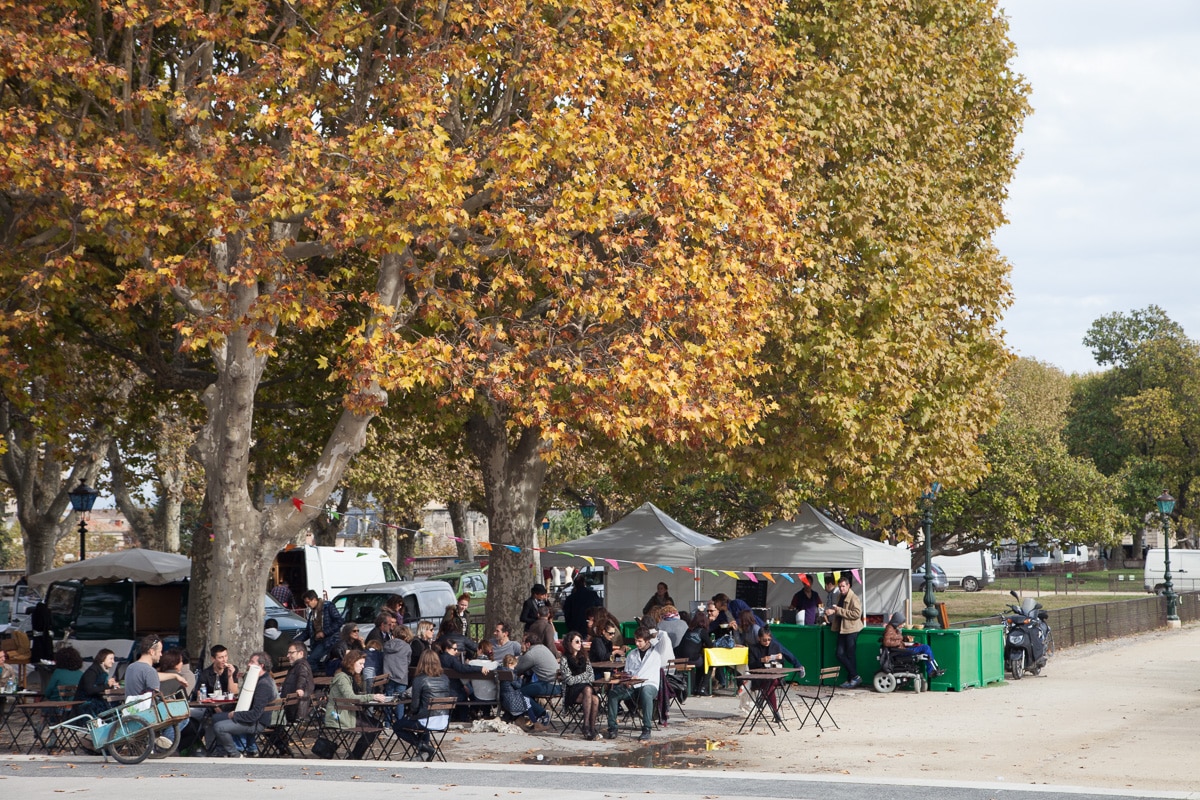 The next day we wandered Montpellier, visiting all the things that make it an interesting place to be.

Dinner was unscheduled and without plans, so after we stopped by a bar for a drink the search began in earnest for a restaurant that might be open on Sunday. We wandered past several until we came to L’instant Gourmand. It was a charming little place on a pedestrian side street where we had wonderful meals of confit de canard, pasta, and tajines. The wine that was served, Haut Lirou was especially good and was particularly serendipitous … .

The next day we got a later start as we were taking a wine tour in the afternoon. Carine, of Montpellier Wine Tours picked us up as scheduled at 13:00 (1:00pm) and after a brief overview we took off in her van to visit two local wineries.

When we had first tried to make our reservations, there weren’t going to be any tours since it was a long holiday weekend (Armistice Day). But after we explained that our friends would only be in town for a short stay, she kindly agreed to take us. 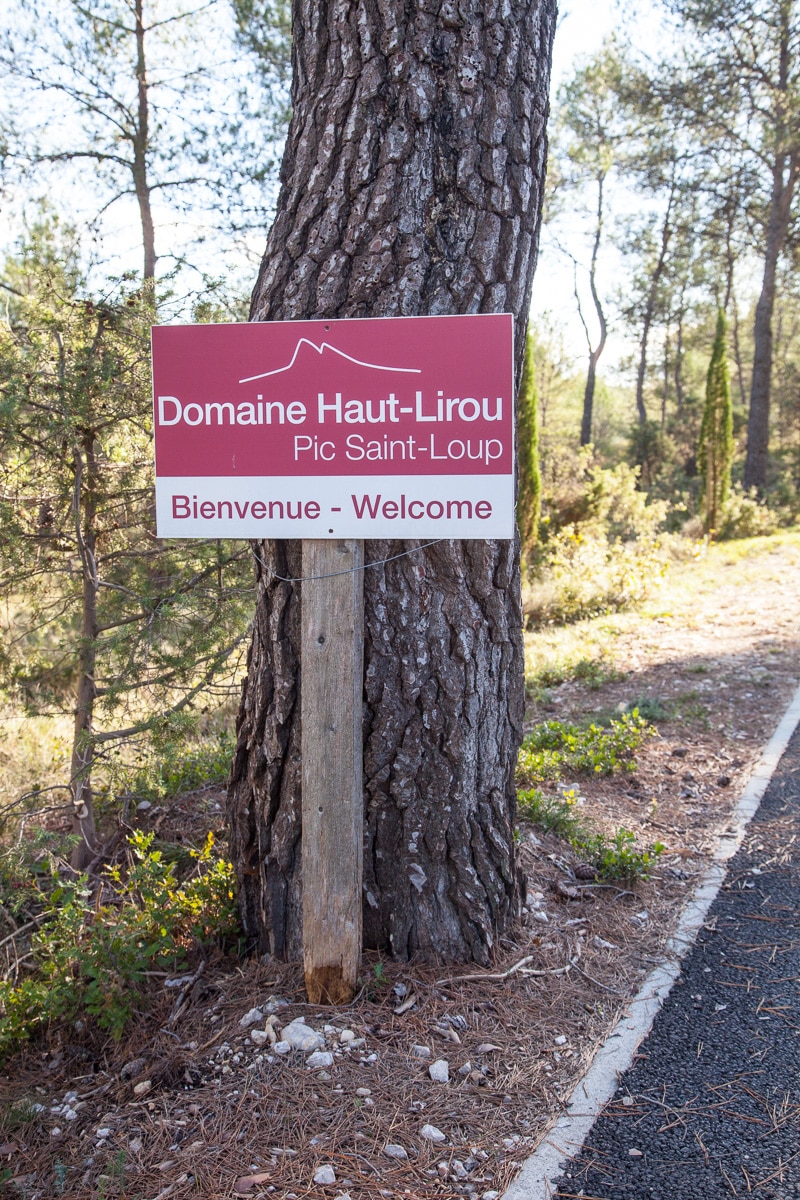 It was a wonderful tour. Carine, who has been involved in the wine industry for many years, was very knowledgeable and friendly. She described the Pic Saint-Loup growing region as we headed toward the first vineyard, when as we passed the sign for the vineyard, Rich exclaimed, “That’s the wine we had with dinner yesterday!” And indeed it was. We all laughed as we pulled into the parking area of the Haut Lirou vineyards.

Having already tasted one of the wines produced here, we were now able to walk into the vineyards where the grapes were grown. The rocky, limestone soil that makes the vines work to survive, contributes to the complex flavors, as does the surrounding vegetation. Rosemary, thyme, lavender, and pine all have an influence on the result of the winemaker’s skills. The stainless steel vats, the oak barrels, the blending of the various grapes all come together to produce the nectar of the gods we call wine. We tasted several of their wines, including the one we had shared at dinner. It was still good, again.

Of all the things we learned, the most interesting was the concept of the “Angel’s share.” Simply put, as wine (or spirits) age in wooden barrels, some of the wine will evaporate through the wood during the aging process and can reduce the volume as much as 2% or more. In today’s world an angel’s work certainly merits a few perks. 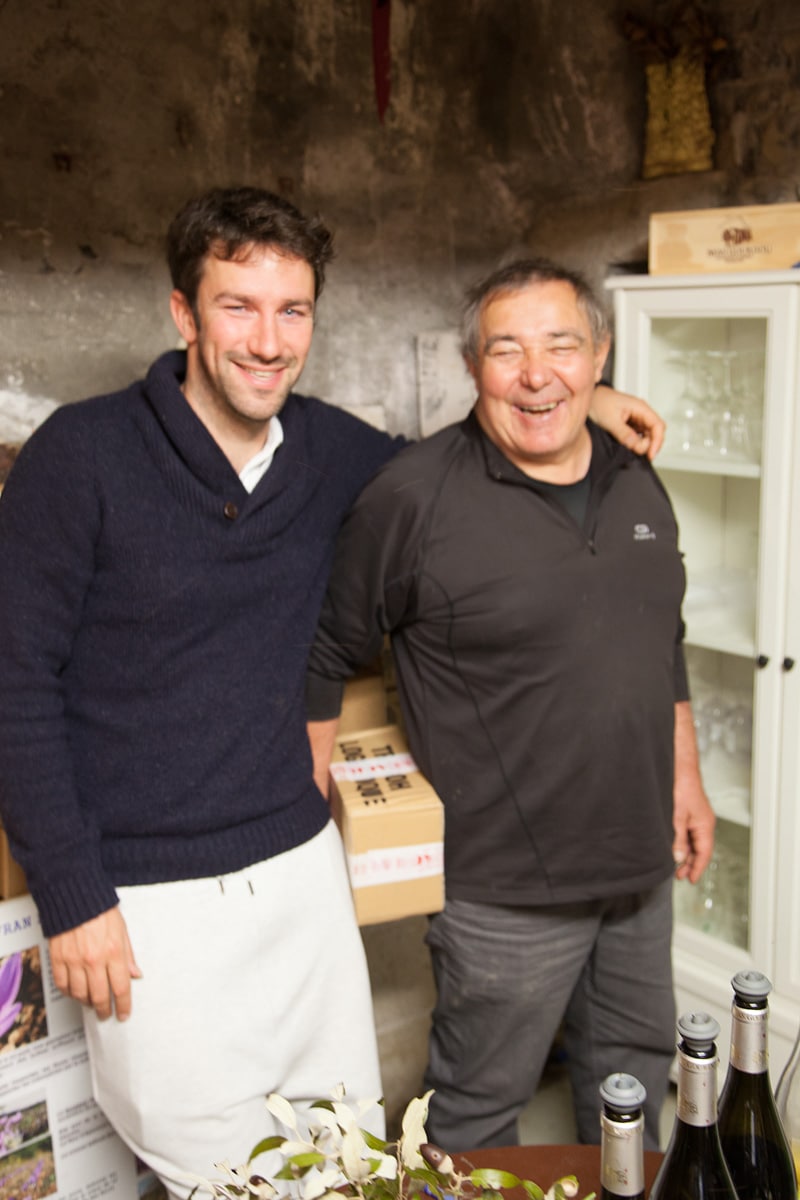 The second wine producer we visited was a father and son operation – Le Mas Gourdou. A much smaller winery than Haut Lirou, we sat in a small, cool, humid cellar surrounded by barrels of aging wines. On family property, owned since the French revolution, we tasted the wines and listened to some of the winemakers strategies for creating his delicious creations. It was a delightful and informative visit, but it was beginning to get time to return.

After our return, we were getting hungry, but as the restaurants never open until 20:00 (8:00pm) or so, we freshened up and headed out for drinks. Starting at the bar at the Opera, we then went in search of a restaurant. We decided against several and the ones we tried were waiting on reservations, until we came to Le Bouchon St Roch an authentic, yet curious French restaurant. We had been there before for lunch and dinner and had wonderful meals, and though it was too early for dinner (it was just after 7:00pm), we were able to get reservations for later.

As luck would have it, just across the street was an Irish pub where we were able to have drinks until the appointed time. As we waited, we began to see more and more umbrellas passing by in the street. Fortunately, when the time came we only had to dash across to the restaurant.

The atmosphere in the restaurant was delightful and dinner was good. Although the service was slow it was pleasant and friendly. It was another fun evening with good friends. Afterwards, we hurried through the light rain back to the hotel, said good night, and returned to our apartment. Our preparations for tomorrow’s drive to Aigues-mortes were done and we only needed to get a good night’s sleep.