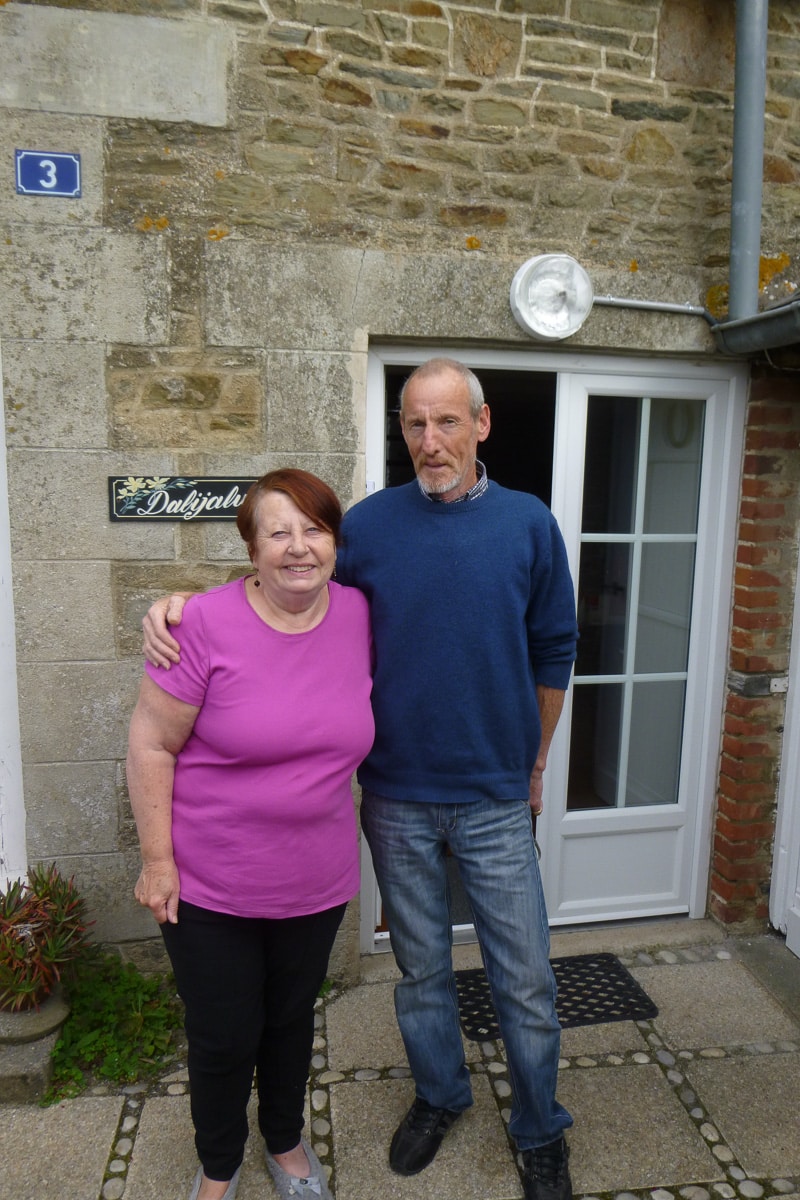 We’ve had a setback. Our travel to Mont Saint Michel was an uneventful one hour bus ride to Beauvoir, a small village near to the Mont. There was only minor difficulty locating our bed and breakfast near the village church. We were greeted warmly by our hosts Richard and Cathy, two British expats in their fourth month of running their B&B, DALIJALU – named for their four grandchildren. Though they had been in France for several years they are also in the beginnings of a new adventure.

Oh yes, I mentioned setback? They spoke English. We had lots of great conversations and discussions. But we didn’t work on speaking our French. Even at Mont Saint Michel, since it is a major international tourist destination, everyone seems to speak multiple languages with ease. So there were few opportunities to practice.

So that was the downside. Minor really. Everything else was wonderful. The B&B was comfortable and cozy, with views of the Mont Saint Michel from the beautiful garden as well as from inside. 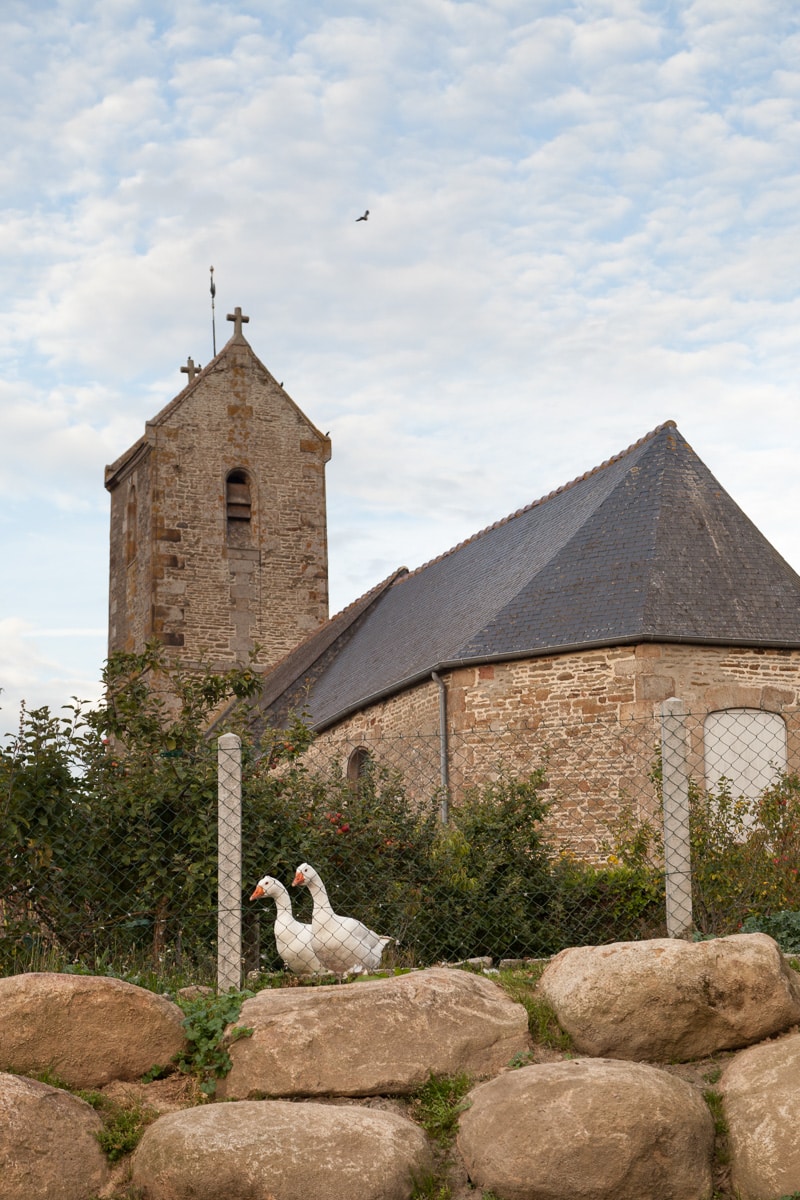 It was quiet, with two exceptions. In the middle of the night I was awakened by the loud sound of an alarm. Fire alarm or car alarm, I couldn’t tell, but the honking staccato caused me to leap up, bumping my head on the low exposed beam in the old, recently remodeled farm building. It was then that I realized that the guard geese in the church yard across the way had been startled by something and were raising the alarm. By the time I realized what it was, they had calmed themselves back to sleep … as did I.

As I said, it was quiet, with two exceptions. The second came when the priest in the church across the way, guarded by the geese, rang the morning bell. I counted every one, “une … deux … trois … quatre … cinq … six … sept” Ahhh, now I’ll close my eyes for a few more moments of rest. But NOOOO. The zealous priest decided to ring the bell even more for the sins of everyone in the entire village. There were at least 24 knells before it quit, and THEN the geese honked their approval of the entire performance … followed by the neighborhood roosters. We had planned to be up by 7:30 anyway, so we prepared for an early start to the Mont.

In the excitement of our arrival the day before, we had quickly unloaded our things, gotten our bearings and taken off down the farm road towards the Mont. It was a beautiful walk on a winding road through the corn fields with the spire of the abbey peeking out between the corn tassels as we marched on. Rounding one bend in the road, the Mont Saint Michel, still quite a distance off, presented itself to us.

We continued walking until we reached the massive parking lots that serve the 3.5 million tourists that annually pack into the 100 hectares (250 acres) about one kilometre (0.6 miles) off 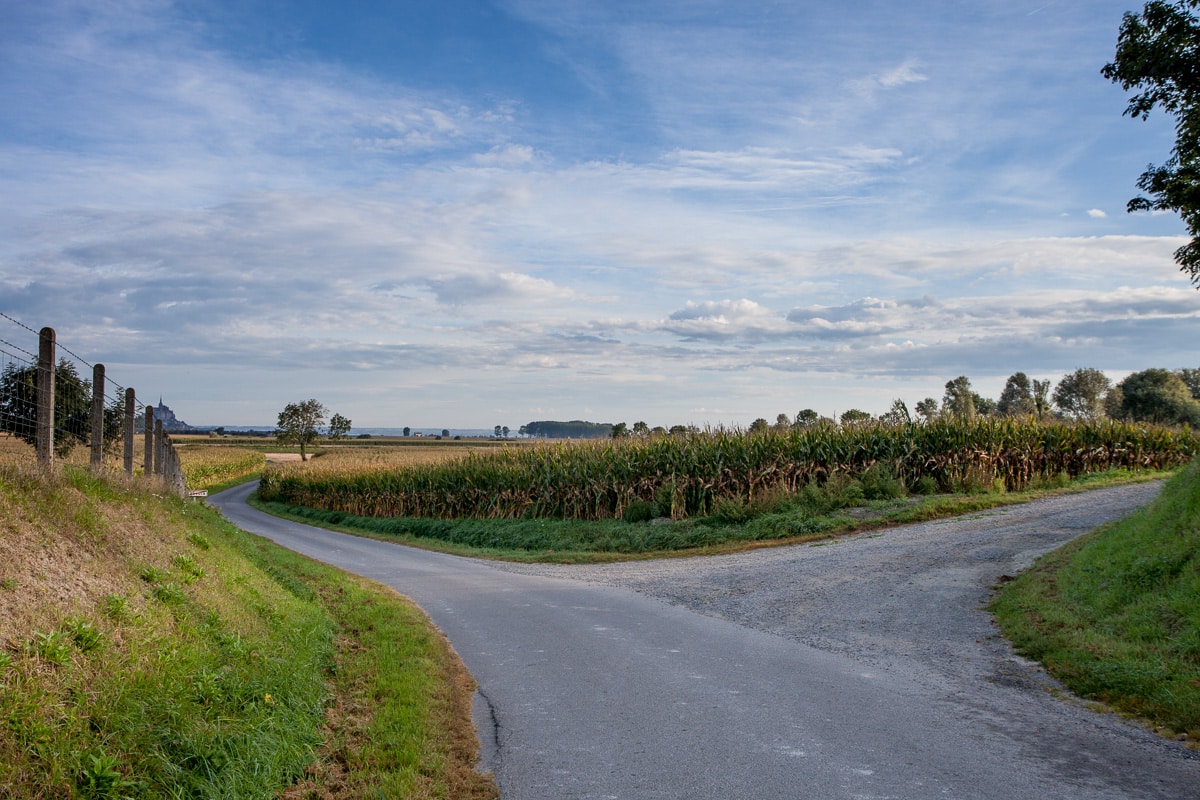 France’s northwestern coast. We were thankful that we didn’t have a car, nor did we belong to one of the dozens of tour groups disgorged from the rows of buses.

It was about noon when we got off the shuttle that takes you to the base of the Mont, and surrounded by hundreds of other tourists, were swept into the very narrow main street of the lower town. It was insane. We quickly made the tourist rounds, and vowing to return early the next day to avoid the crowds.

We had walked to the Mont and back, then out after lunch for more exploring and later out to dinner. In all we tallied about 15km (over 9 miles), and had earned a good night’s rest. Remember the geese?

The next morning was beautiful as we began our amble through the corn to the shuttle pickup. It was beginning to get busy, but nothing close to the previous day. We strolled casually through the street where yesterday we were shoulder-to-shoulder with a staggering array of humanity. 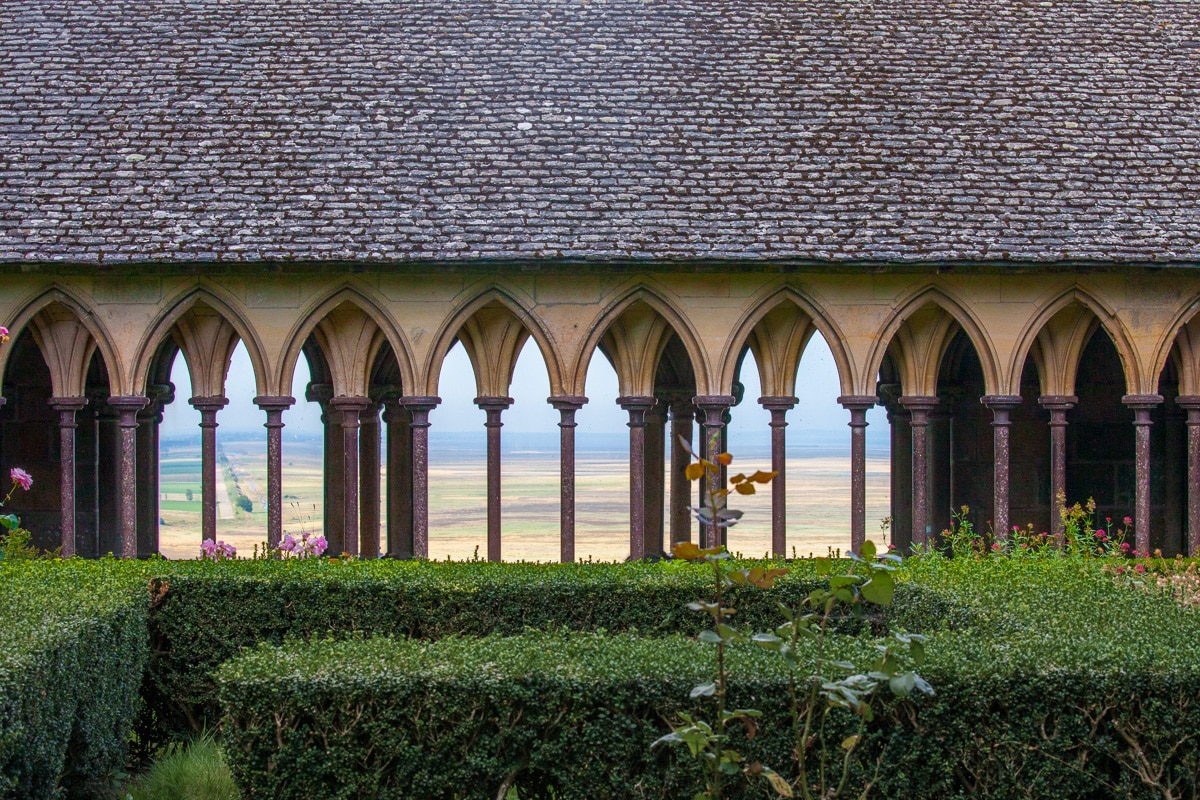 Today though was a different story. We were able to breathe. Breathe the history, breathe the peace of the place, and breathe the salty air of the of the Normandy coast. We were able to take our time while visiting the abbey, and between tour groups making their scheduled rounds we often had areas to ourselves for reflection and photographs.

We could tell it was time to go when the streets began to refill as they did the day before, and we had plans to get out and hike on some of the country roads that surround the village where DALIJALU is located.

The history of Mont Saint Michel extends back to the sixth and seventh centuries. Its use as a religious establishment began in the 8th century. It has been assaulted, defended, and fallen countless times over the last 1400 years, yet it stands still. It is an architectural and engineering miracle that is a testament to the skills, labor, and faith of those who built it.

There are other tales associated with this fascinating place, but we will leave you with the images that we made.

For more information on this interesting and enchanting place see: