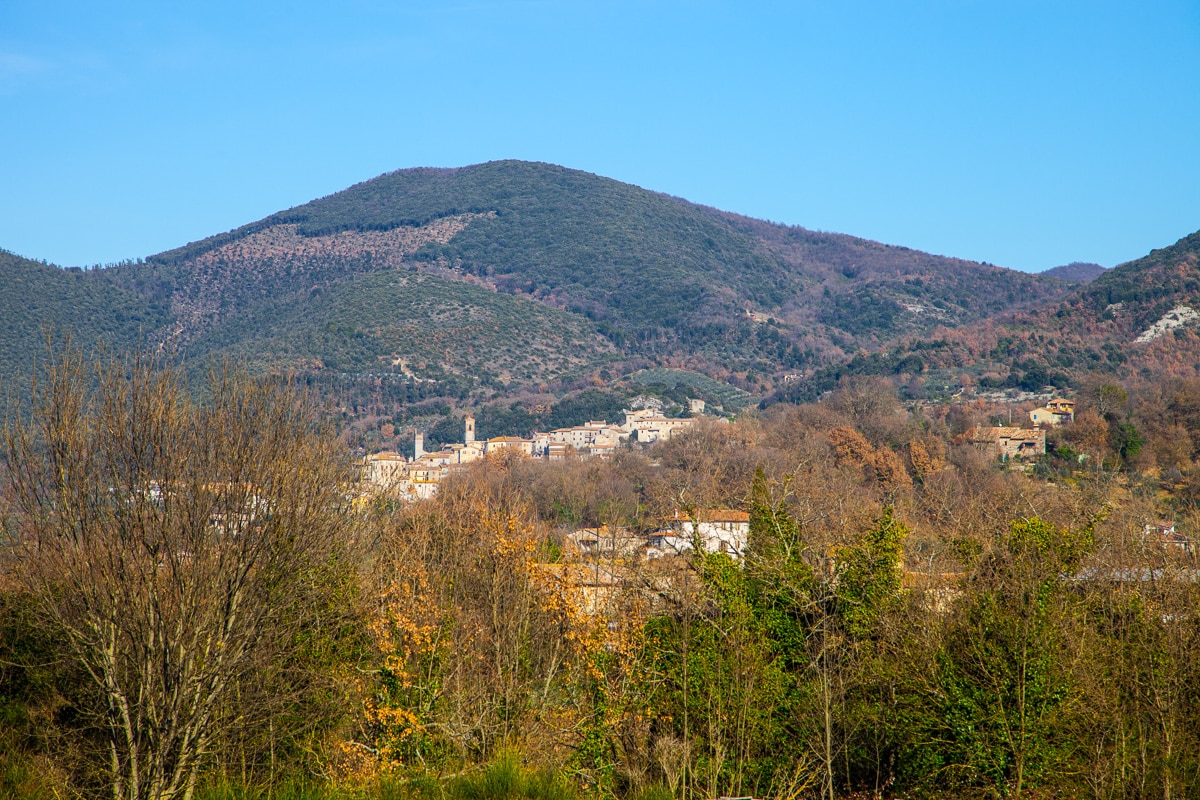 No, the Roman bridge doesn’t lead to Cesi directly, but after several days of being stuck indoors with the flu, we had a wonderful drive. First, we only had to drive a few kilometers to see the Ponte Fonnaia, and then … well.  As is ofttimes the case, we saw a tiny town on the side of a mountain (and there are many) and said, “Let’s go there.”

The Western branch of the ancient (220 BC) Roman road, the Via Flaminia, makes its way through Umbria very near to where we are staying. An important trade and a military route, it connected Rome to the Adriatic Sea, a distance of over 322 km (200 miles).

Its original form has disappeared though its route is relatively well known; much of the stone was re-purposed over the centuries as construction materials, especially for many small Romanesque churches partly built of such spolia. The placement of these churches marks the straight line of the road. An intact portion still exists in Carsulae where it passes through the ruins and beneath the Arco di Traiano. 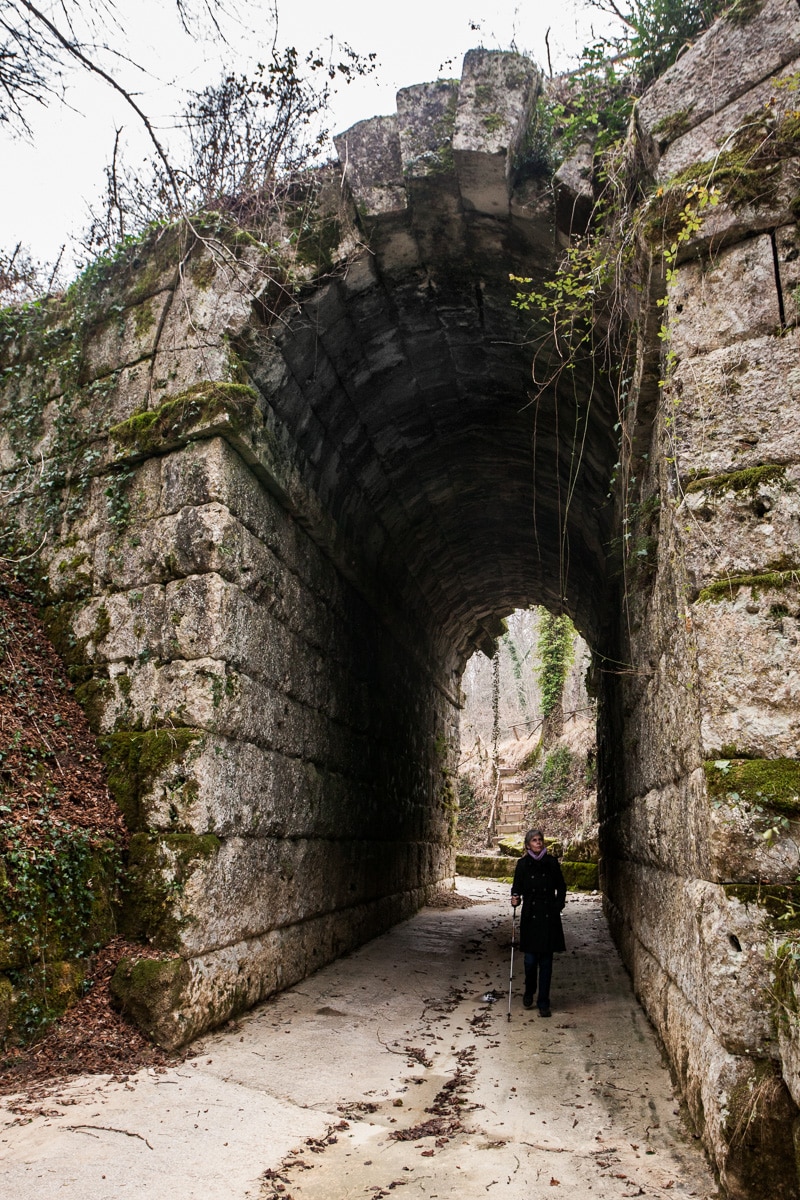 The bridge of Ponte Fonnaia is an intact Roman bridge over the Naia river, no more than a seasonal stream. It is 15 m long, with an 8 m high arch set at an angle to the structure to accommodate both road and stream. According to Herb Klinker, “What struck me is how wide it is, even today it is over 50 ft. wide. It was explained to me that the Romans built it wide enough so that they could march their legions over them in formation, avoiding a vulnerable bottleneck.” Built with massive, square blocks of travertine it has changed little since the restoration of the Augustan period (27 AD). Though it now only carries a small unpaved farm road, it is still in use.

The area around the small town of Cesi has been in use since the 9th century BC. Pre-Roman Umbrians worshiped at a site on the summit of Monte Torre Maggiore, above the town. Though ancient trails lead down the mountain to Carsulae, it is not thought that Cesi was, itself inhabited during the Roman era.

Renewed interest in the area about 962 AD by emperors and popes began the upswing in Cesi’s growth, though changes in politics, both secular and religious, kept the little town … little. It was, nonetheless, a steep and charming place to wander for a while.