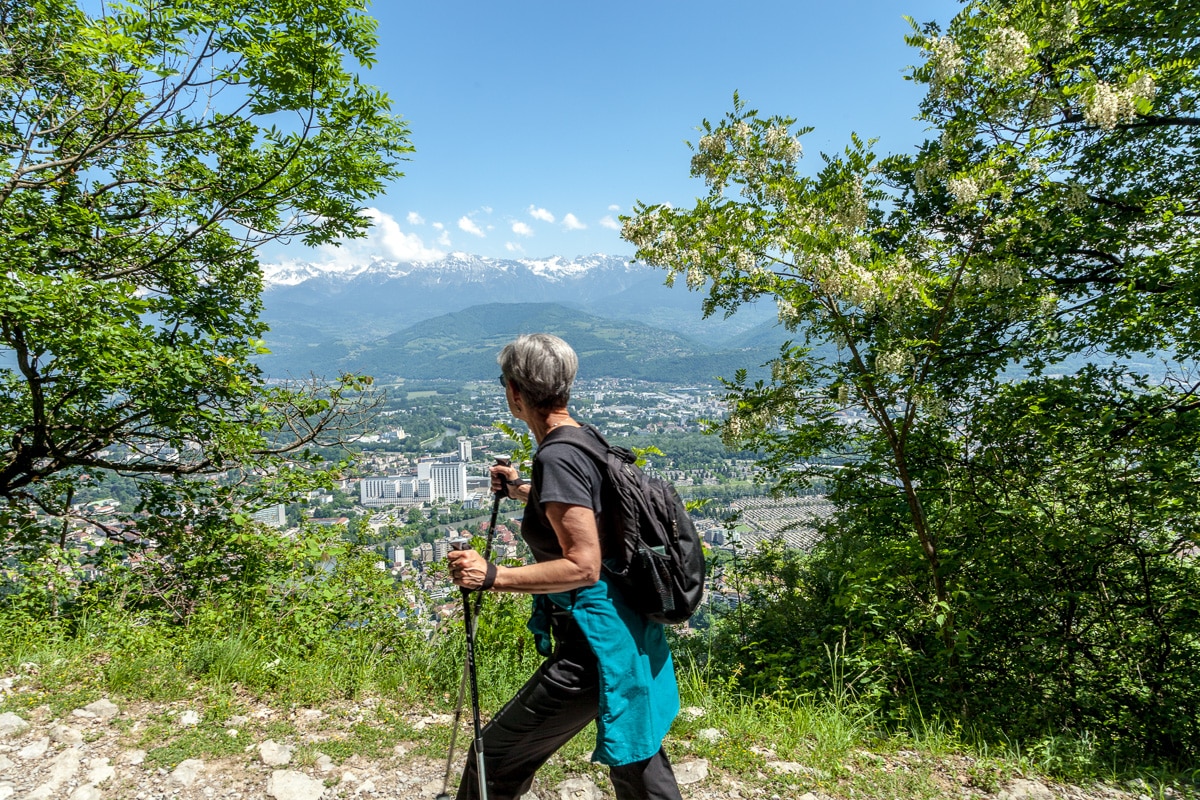 With the mountains all around, Grenoble is known as “Capital of the Alps”. Its history goes back 2000 years to when it was a small Gallic village. Later, in the 11th century, Grenoble became somewhat significant as capital of the Dauphiné, though for the most part it remained a minor outpost on the edge of the French kingdom.

Although in WWII, the German invasion was decisively stopped in the south at the Battle of The Alps early in the war, it was eventually occupied by the Italian army in 1942-3. Later, the Nazis found the Italians to be a little too negligent about rounding up Jews and resistance fighters in Grenoble, and occupied the city themselves in 1943, escalating resistance activities. Grenoble was extremely active in the Résistance against the German occupation. On 5 November 1944, General Charles de Gaulle came to Grenoble and declared it “a heroic city at the peak of the French resistance and combat for the liberation”.

Grenoble gained some industrial strength with its expanding glove industry in the 18th and 19th centuries, but in the years after WWII it has become a significant center for science and technology research and is the largest research center in France after Paris.

However, Grenoble’s more popular success was its economic rebound as a winter sports destination. In 1968, the Xth Winter Olympic games were held there. I remember watching the downhill events that made Jean-Claude Killy a household name. Though as a young surfer, I could never imagine it being anywhere but on a sun-soaked beach.

Today, though, we weren’t here for the snow, but we wanted a hike into the alpine woods of the mountains. 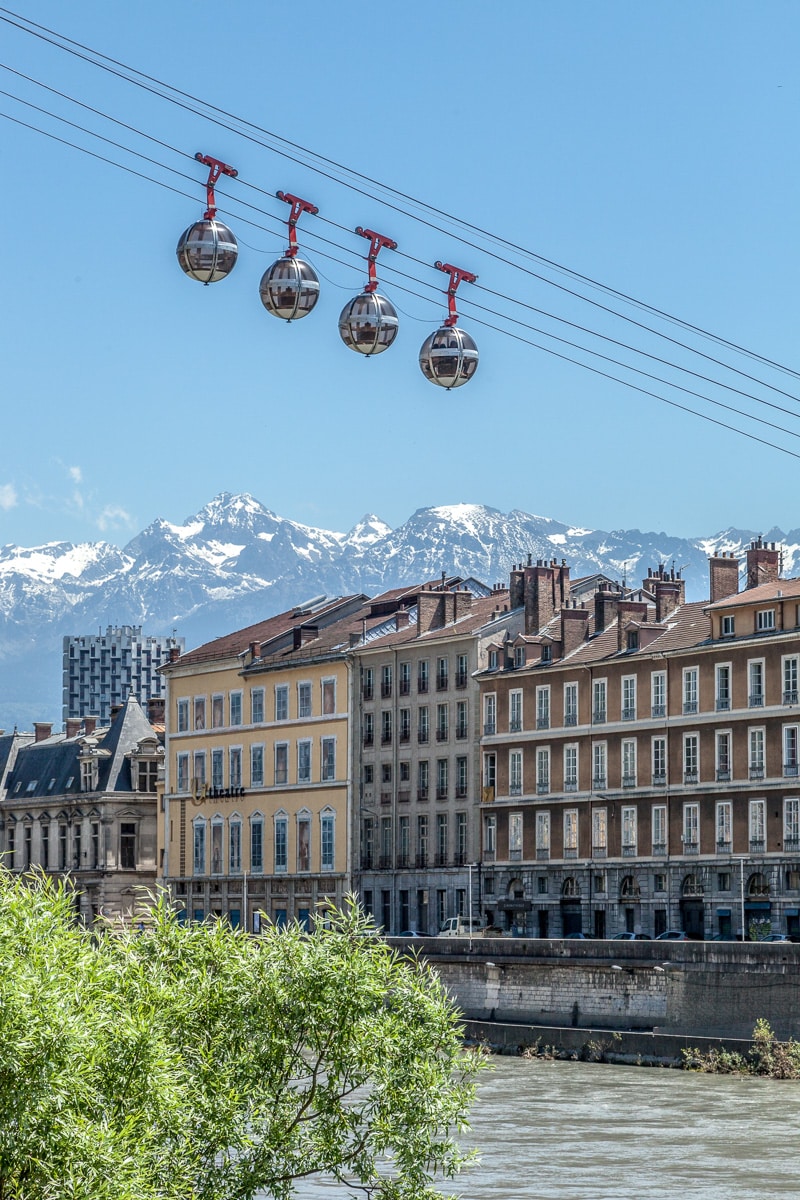 Travelling without a car can be limiting, but it never limits our fun or adventure. From the train, we walked to the tourist information office where the lovely woman there provided us with lots of information and maps for our day’s explorations. Though she spoke very good English, she spoke mostly in French, responding to our desire to keep learning the language, only using English when we obviously had a problem. Then off we went.

Lunch was not what was expected. As we wandered the old town and along the river we became aware that in Grenoble, pizza is king. There were pizza restaurants everywhere! In some places there were 3-5 adjacent to each other and more across the street. They even have Pizza Hut and Dominoes though I don’t know why anyone would choose them with all the other options. So, we had pizza, and it was good!

We then headed to ride the cable cars up to The Bastille, an ancient series of fortifications on the mountainside overlooking Grenoble, and from there onto the trails to the summit of Mount Jalla.

Since 1934, the “Grenoble-Bastille Cable Car”, has provided easy access to The Bastille. Known to locals as “Les Bulles” (the bubbles) the system provides the occupants with an excellent view over the Isère River on its 5 minute ride.

Though we missed much of the city, our goal of getting out for a good long hike was met.The was much more to see in this place, and a lot of pizza to eat. With that introduction, I will let the photographs tell the rest of the story, only to add that at the end of this wonderful 10+ mile day we slept very well.