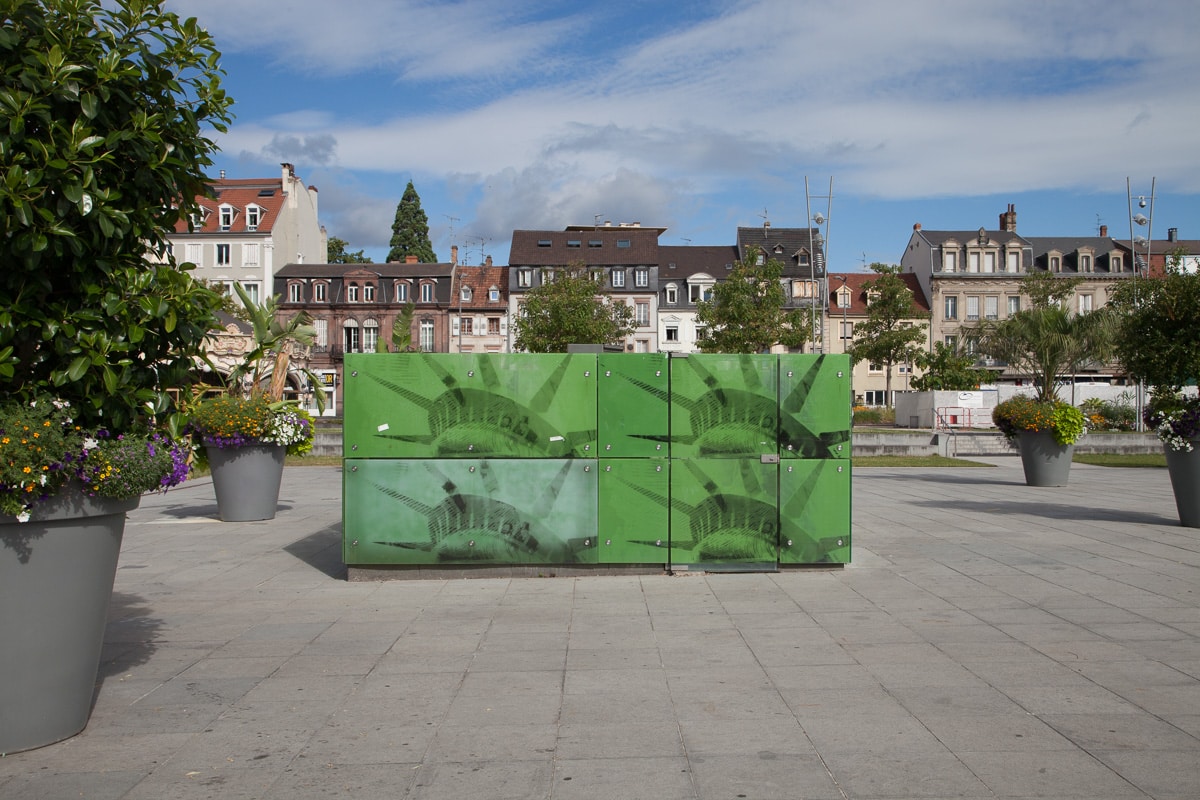 , Alsace’s most beautiful city, is a town founded in the 9th century, and still retains stunning medieval architecture and even its own “Little Venice”. Though it was the last town in France to be liberated in WWII, it is now the capital of Alsatian wine.

The French sculptor Frédéric-Auguste Bartholdi, (1834-1904) was born in Colmar. Of course he is best known as creator of La Liberté éclairant le monde (Liberty Enlightening the World), or as we know it, the Statue of Liberty, as well as many other monumental sculptures in both France and the US. 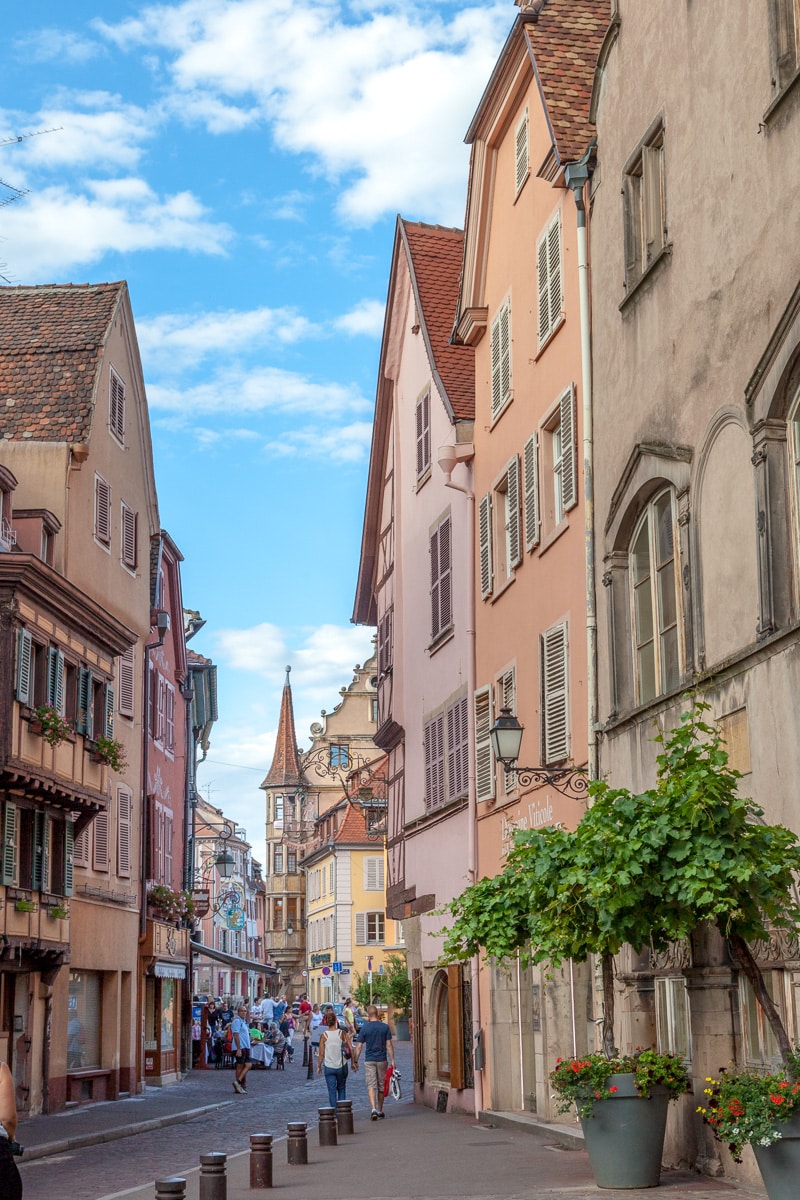 The train to Colmar takes only about 45 minutes from Strasbourg, and after arriving we dropped our bags at our B&B&W (bed, breakfast and winery) Maison Martin Jund and strolled about. We found a place for lunch outside under the shade of large umbrellas, with a saxophone player accompanied by a recorded soundtrack. Though we are still learning to take our time, it is coming easier. Meals are a time to relax and the table is ours as long as we want – management has no expectation of turnover.

Later, we returned to our lodging to check in. Once settled in we went back downstairs to the courtyard. This place is also a winery with several huge stainless steel tanks on property. Picking two wines to taste, we sat outside contemplating which we liked best before buying a bottle for the evening.

One of the best things about Maison Martin Jund, besides the fact that the apartment was nice, very reasonably priced, with a great breakfast and easy access to the center of town, was the fact that our room had air conditioning. So we took advantage and rested a bit before dinner.

Dinner was at a delightful, very tiny restaurant called La Soï. For THAT story and some photos of that experience click the image to the right.
(It will open in a new tab)

After dinner, we went for a brief walk before returning to our room with its AC to take the edge off the heat. We both slept well. We slept the sleep of cooled travelers. 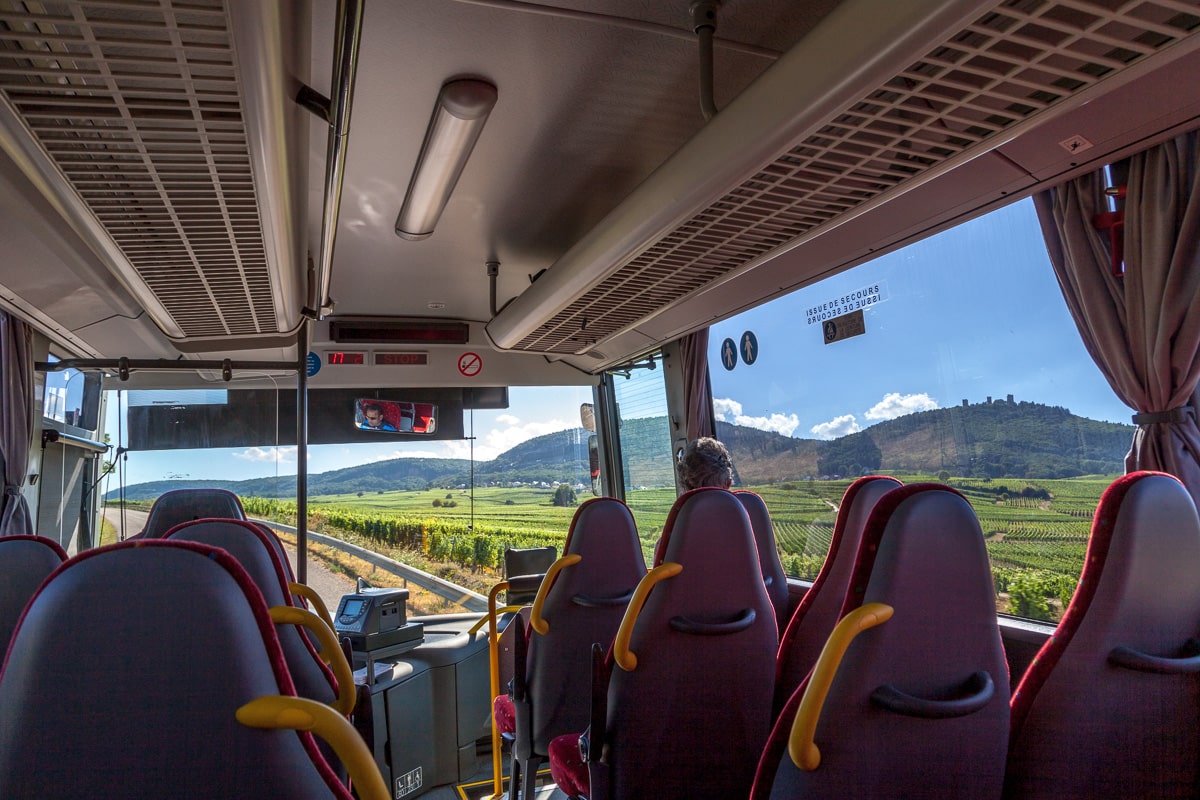 A traditional breakfast was served in the courtyard and consisted of fresh grape juice, cups of coffee, croissants, baguettes, yogurt, and local jams (mirabelle and rhubarb). Oh, and they were large cups of coffee. After checking out, we wandered around the town some more waiting for the noon bus to Eguisheim, though there was some confusion finding the correct bus stop; then the short ride through the vineyards and other small villages. 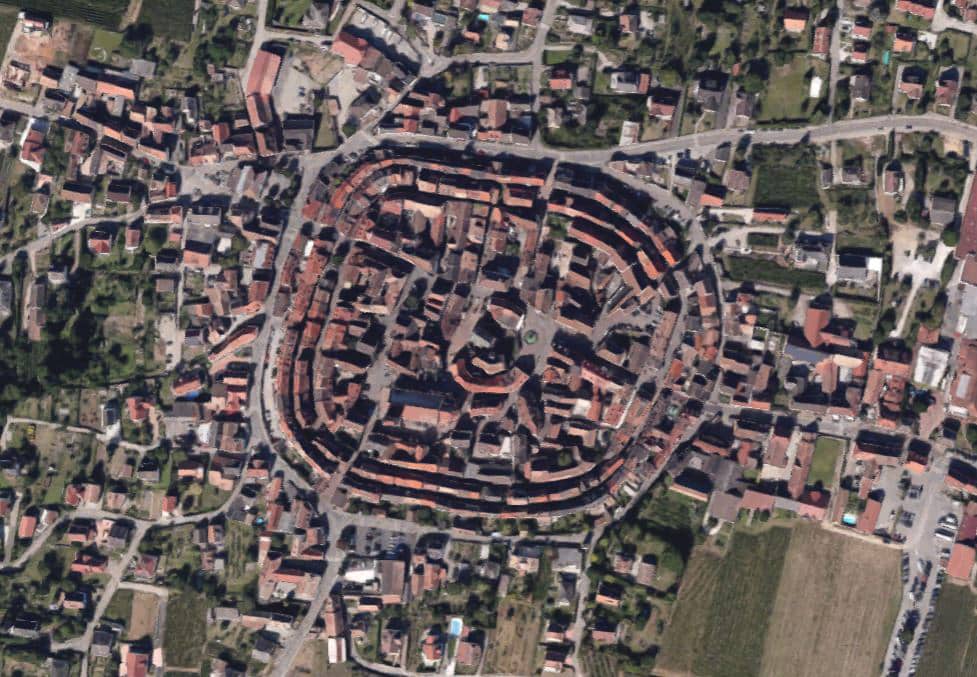 Eguisheim, a tiny, beautiful, medieval village, with multicolored houses creating a small, concentric but beautiful maze, was busy with tourists. It was the birthplace of Pope Leo IX in June 1002. 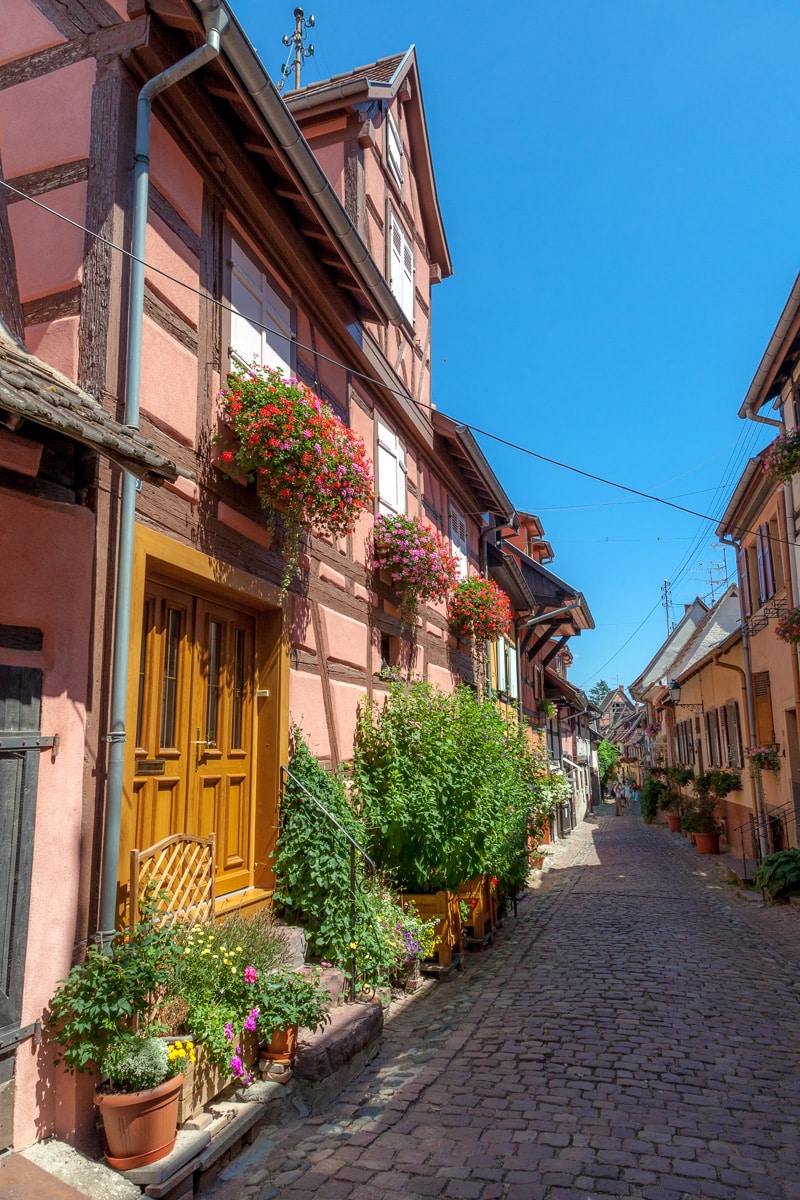 We strolled along its narrow streets admiring the 400-500 year-old houses and found a place for a lite lunch in the shade. After more walking, ice cream was in order. There was much activity in town with wine tasting and buying from the local vintners, though we did neither. After several hours we returned to the bus stop for the return to Colmar and the train back to Strasbourg.

We arrived back at our Strasbourg apartment tired, hot and, with almost 10-miles on our poor feet, in need of shower and rest. A small Thai take-out place around the corner took care of dinner. Tomorrow will sort of be a rest day, it’s market day.