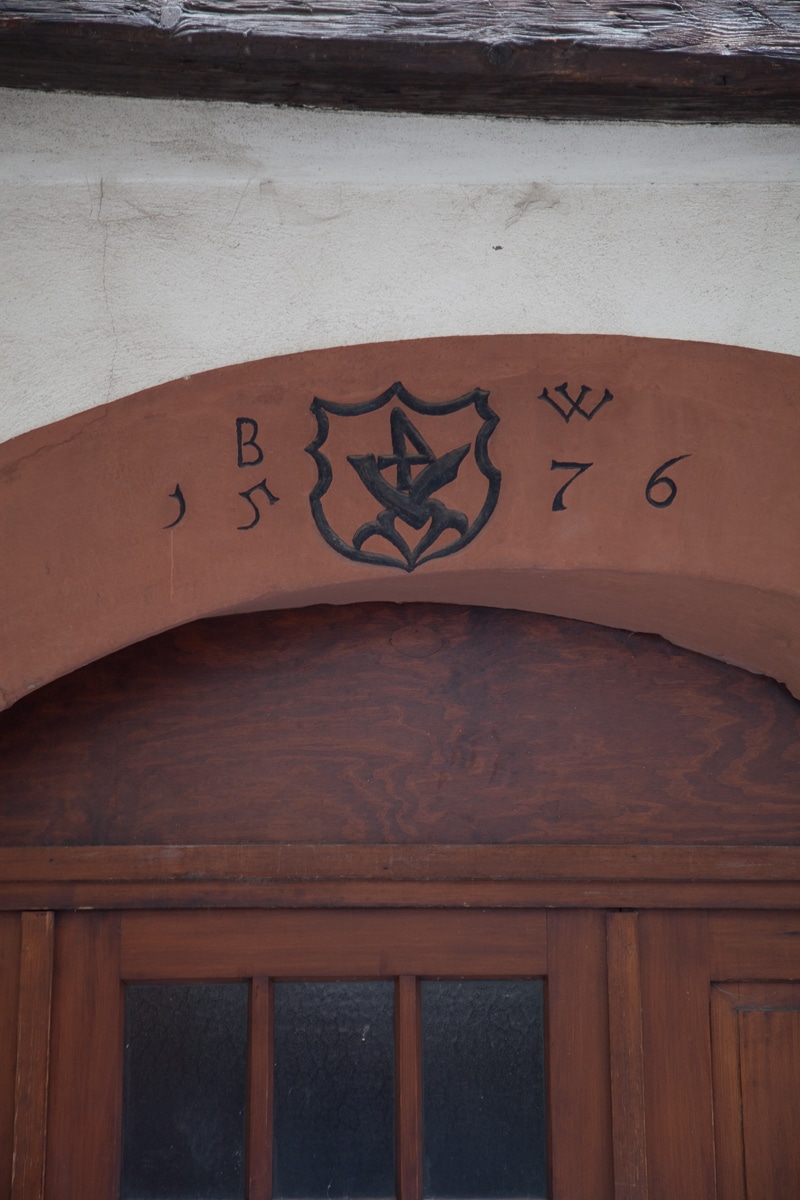 We have really enjoyed living in the urban apartments throughout France. Partially because it is so vastly different from our life experiences prior to this adventure; the dynamics of living in cities that are centuries or even millennia old is something that is difficult to comprehend.

Certainly these are modern cultures that exist in ancient settings, but it is quite interesting to view a date over a door that was carved into stone in the 14th to 16th century. On the other hand, there are many places that were destroyed during the World Wars. Most were rebuilt using many of the same stones and timbers, and are indistinguishable from those buildings that survived. 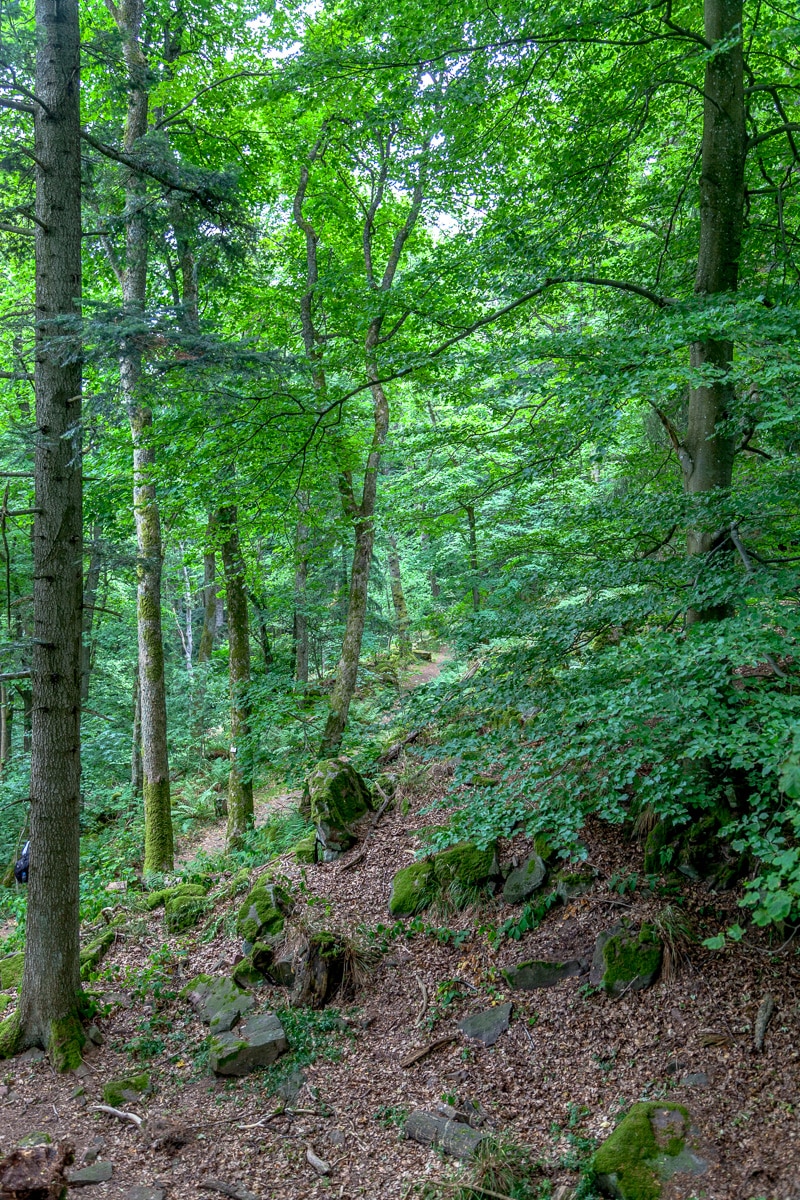 However, we were in need of “green” space, and we knew that the Alsace region with its many vineyards and wine villages are laced with chemin or farm paths as well as trails that form a network through the farmlands/vineyards and the forests of the Vosges mountains. The area is easily accessible via train from Strasbourg to either Colmar or Sélestat and after that local busses go to just about everywhere. Of course, one must check and double-check the schedules, and be aware that changes may occur for many reasons. 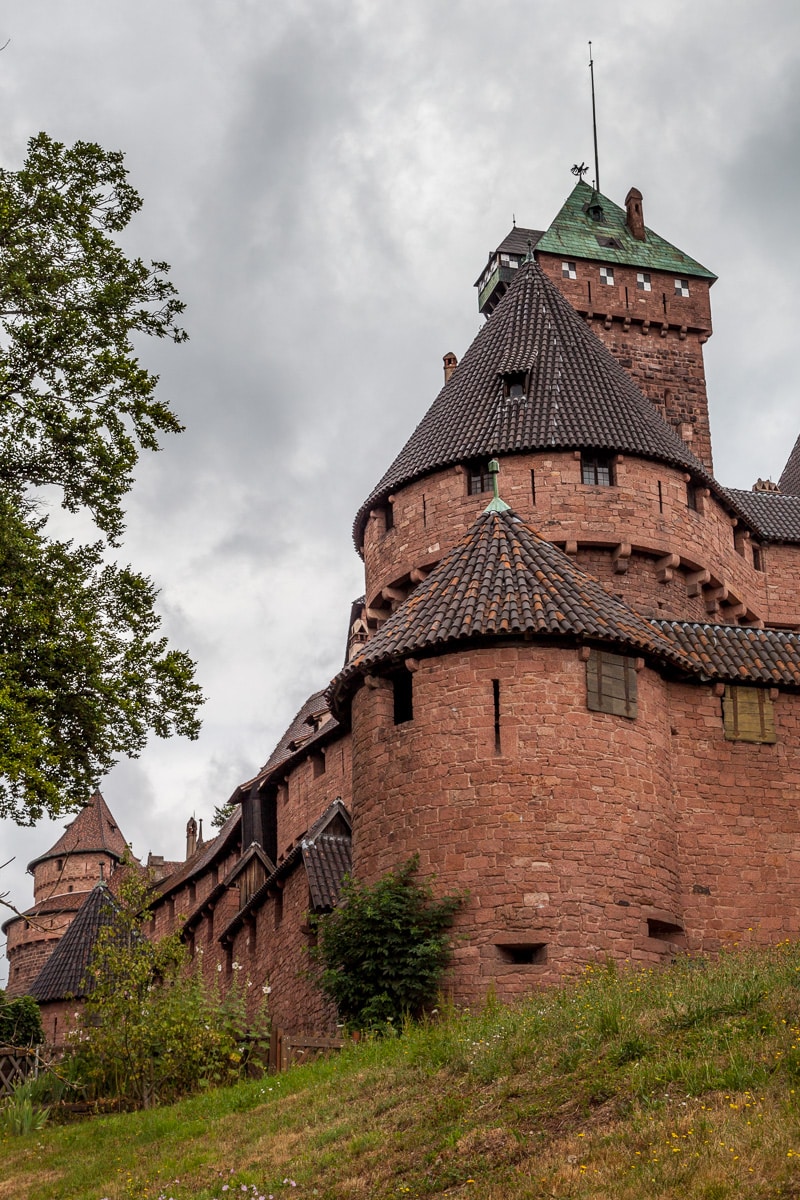 One of our first excursions to the Vosges Mountains was to visit the Château du Haut-Kœnigsbourg, a medieval castle just west of Sélestat. Situated in a strategic location on a rocky spur with a commanding view over the Upper Rhine Plain it was used by successive powers from the Middle Ages until the Thirty Years’ War (1618 and 1648) when it was abandoned. It was skillfully rebuilt from 1900 to 1908 at the behest of the German emperor Wilhelm II, and today attracts more than 500,000 visitors a year.

We arrived on the first bus of the day, and already the crowds were beginning to build. After 2+ hours of roaming through the stone fortress, we worked our way past the still larger crowds that were showing up. It was lunch time and we had brought sandwiches for a little picnic and found our way to the trails that go around the fortress as well as down the mountain. It was so nice to be out in the trees, and the temperatures were considerably cooler than we had experienced in the past week or longer; it was perfect for a picnic. 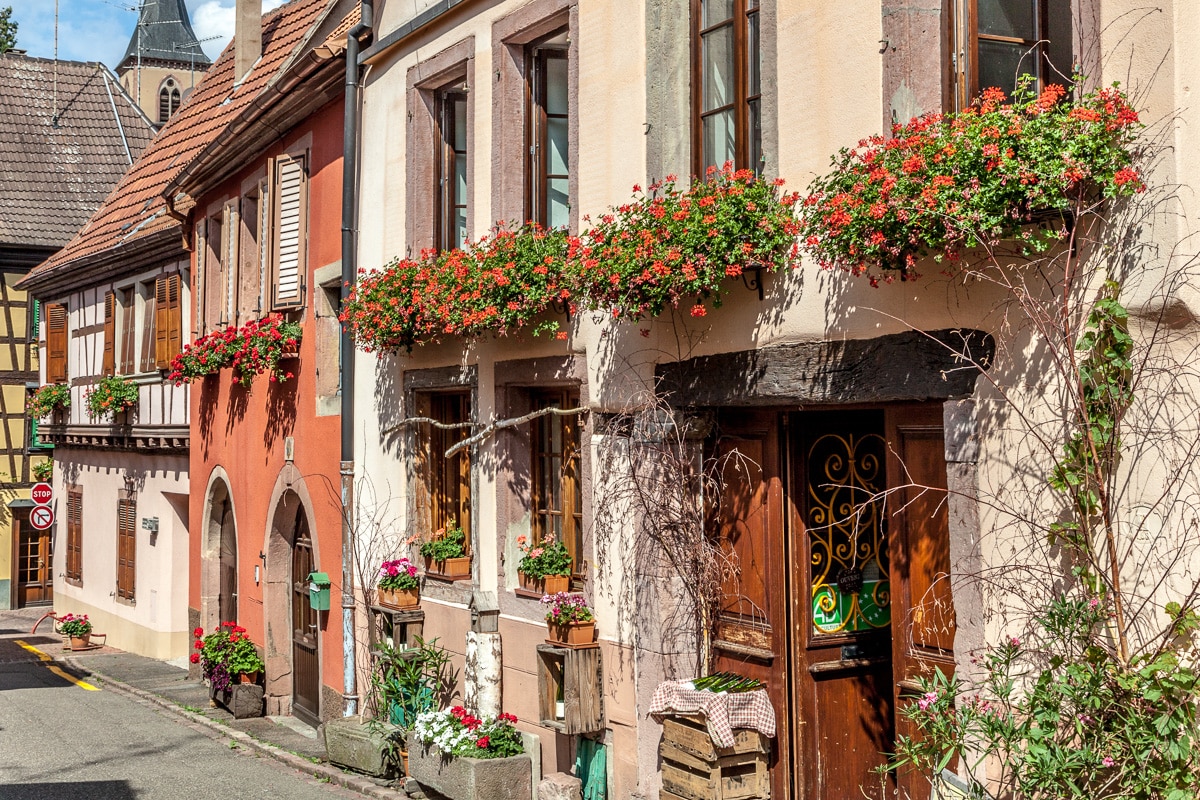 After our lunch we took the bus back to Selestat, and then over, through still more vineyards and wine villages to Ribeauvillé (ree-bow-veel-lay) a beautiful medieval town at the foot of the Vosges Mountains partly surrounded by ancient walls, with many picturesque medieval buildings. After exploring the town we made our way back to Strasbourg.

But we would be back.