Interesting things happen most often when you least expect them.

It was Sunday morning. I had a cup of coffee in my hand, and was reading the newspaper (on the laptop). The windows and doors were open to let the delightfully cool morning air and the sounds of the birds into the apartment.

Our good friends from Denmark had been visiting Verona for a few days, and we had been eating more and walking extra while they were here (more on that later). They had departed for Venice, so we decided to take the day off and rest. It’s a luxury we occasionally allow ourselves since we are here for two months.

There had been a “National Meeting of the Carabinieri” here in Verona. The Carabinieri is the Italian military force charged with police duties. They are the national gendarmerie of Italy, policing both military and civilian populations, and are always “on duty”. So while the meeting was going on we felt very secure.

There were events and parades and displays to enjoy, though we didn’t see them all.

This particular morning we weren’t going out, we were just going to relax. Then, unexpectedly there was the sound of a saxophone that seemed to come from one of the apartment windows nearby. They weren’t playing anything, just warming up. I assumed that they were practicing. The tones were melodious and not unpleasant.

Soon, a couple of other instruments joined in. The assumption was, again, that a small combo was going to practice and we would have some music with our coffee.

And then there was this music coming through our doors and windows (be sure to turn up the volume): 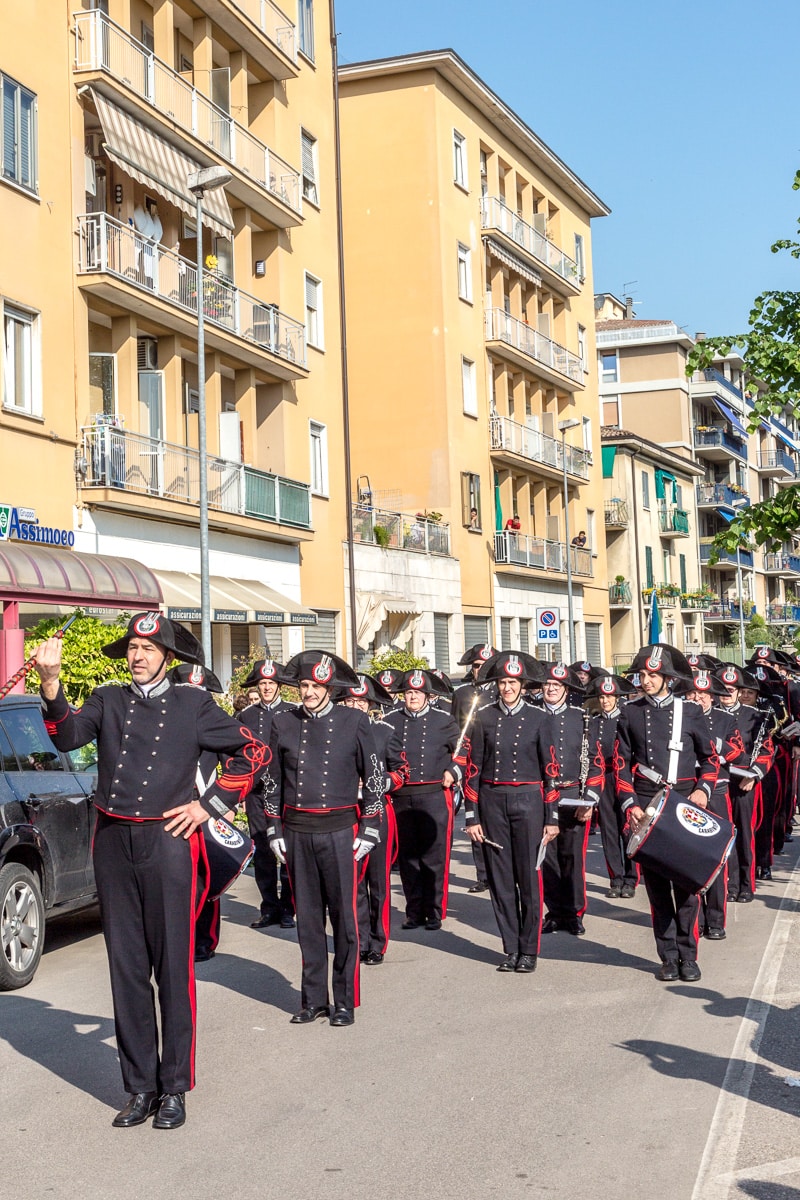 We decided that there was something more than a combo rehearsal in a neighboring apartment, and the music seemed to be from the outside. We quickly dressed to go see what was going on.

What we found was a Carabinieri band, all in full uniform, lined up in the small street outside of our apartment, receiving last instructions from their director. They had only played the single warm-up piece. When, at his command they all marched away quietly except for the clicking of the drummers striking the sides of their drums, to wherever their parade was beginning.