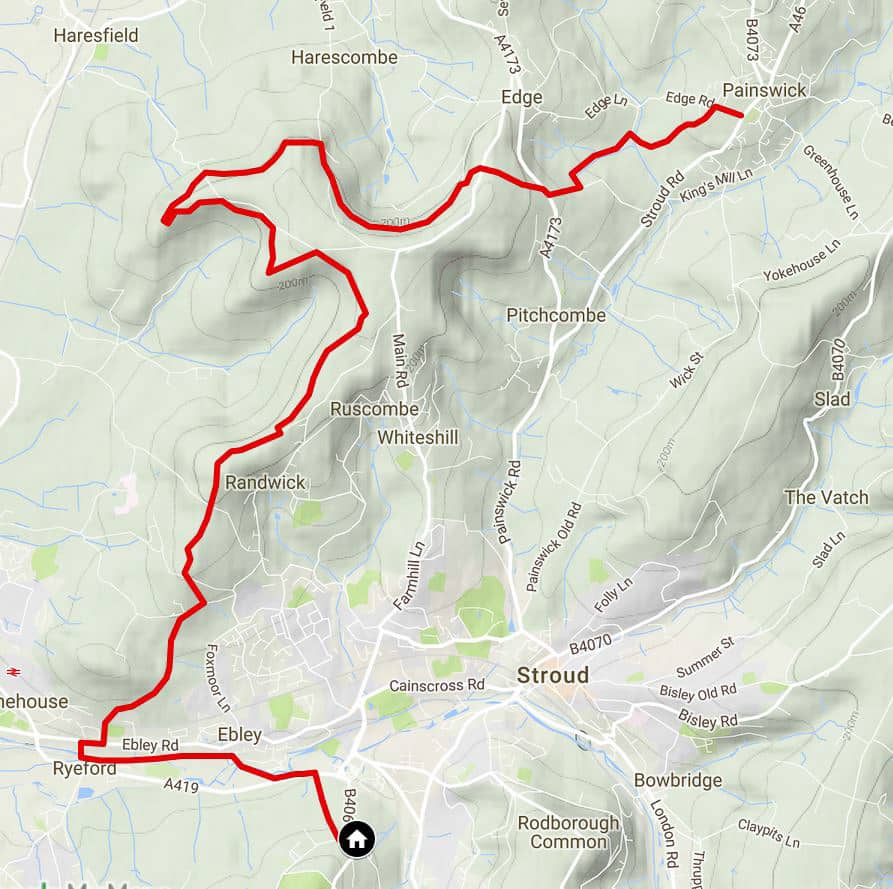 One of the primary reasons we came to this region of England was to walk, and we have been rambling about the countryside for many miles every day. Besides the network of public footpaths that lace the area offering the almost unlimited opportunity to wander in any direction, just a stroll away is the Cotswold Way, a 102-mile walking trail.

We have been on segments of the Cotswold Way several times for distances of 4-8 miles at the time. Usually traveling by bus to or from a village or town further away than a circular route would allow. This time we wanted to walk a slightly longer distance to Painswick, about 10 miles away, and then return home by bus. 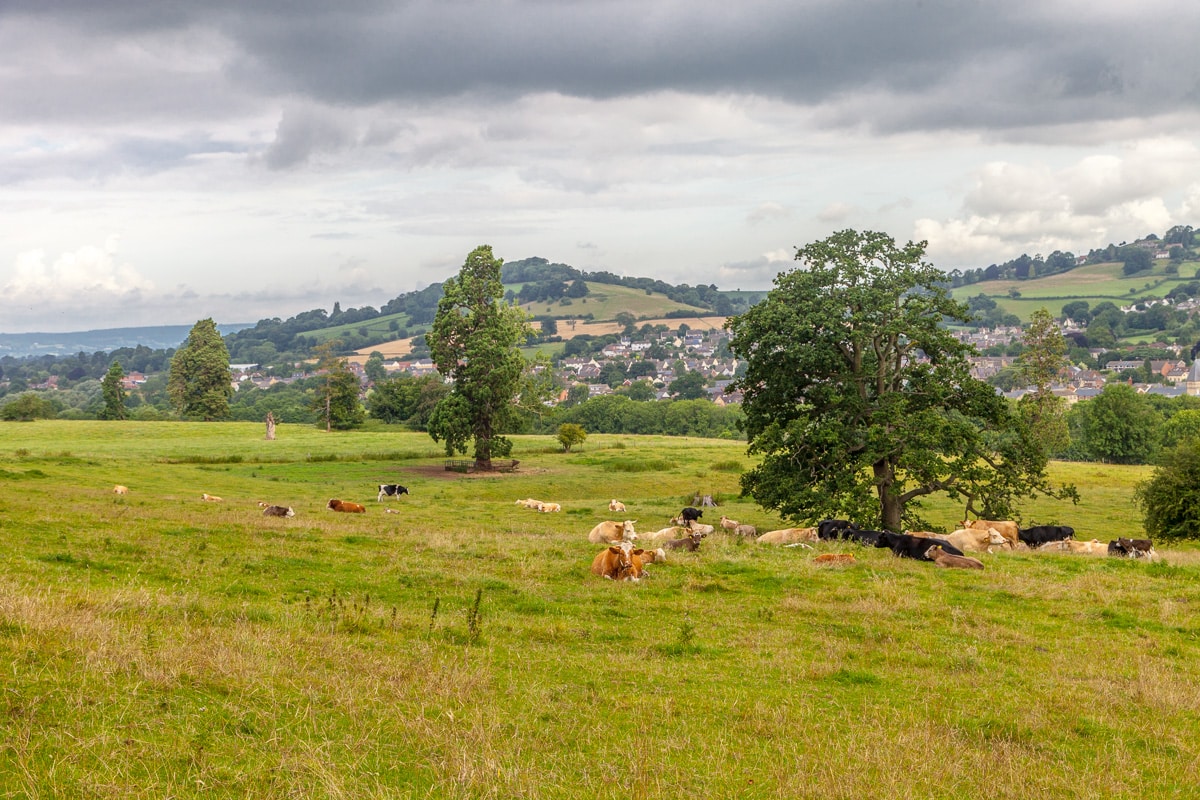 Surrounded by some of Gloucestershire’s most beautiful countryside, the village of Painswick is known as the ‘Queen of the Cotswolds’ and is one of England’s oldest ‘Wool Towns’. Its narrow streets and traditional architecture, built of the local golden Cotswold stone, are the embodiment of an English village.

Naturally though, getting there is much more than half the fun, so we made our way over the meadows and through pastures, into wood and forests, and of course up and down the hills. The views out over the Severn Vale were spectacular, especially at the Haresfield Beacon. 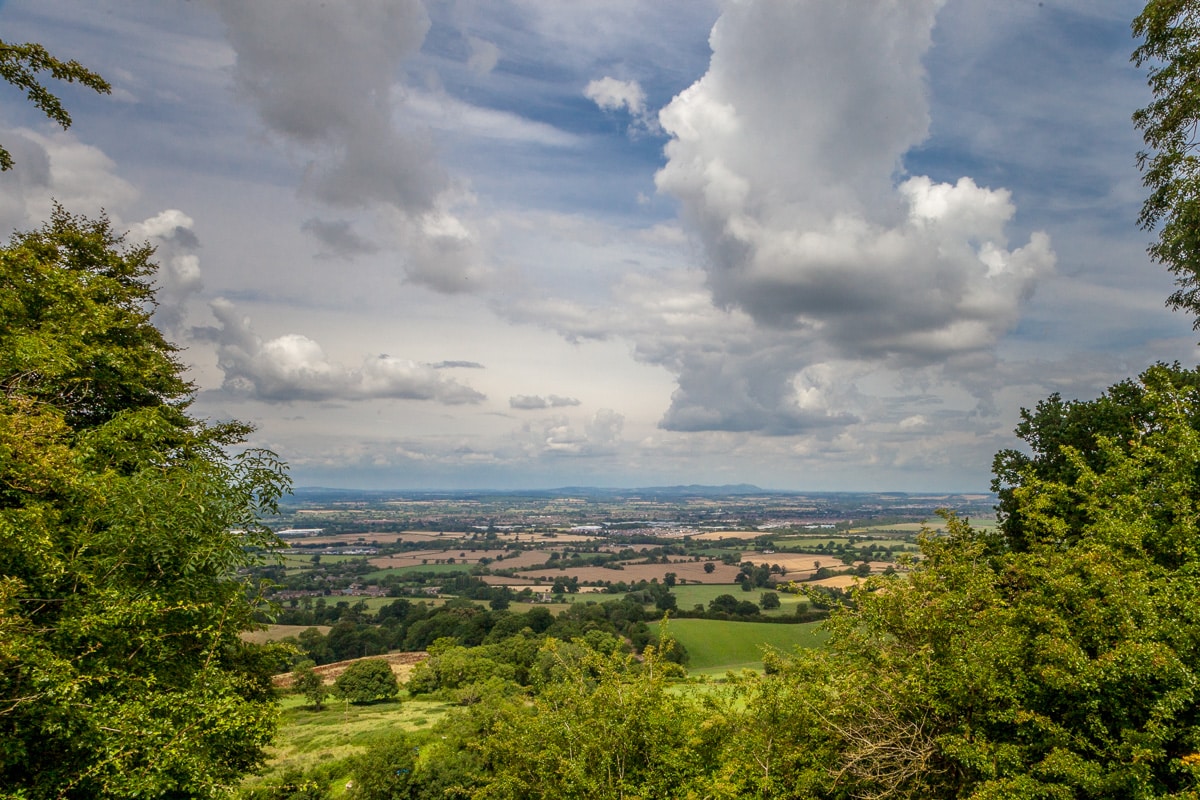 (Beacons were where fires were lit on hills or high places, used for signaling that enemy troops were approaching, in order to alert defenses.) The weather was beautiful, and while at the summit of the Haresfield Beacon we took advantage of the day and view to stop for a picnic.

The Cotswold Way is well-marked and well-traveled, and there were several opportunities to chat with others on the 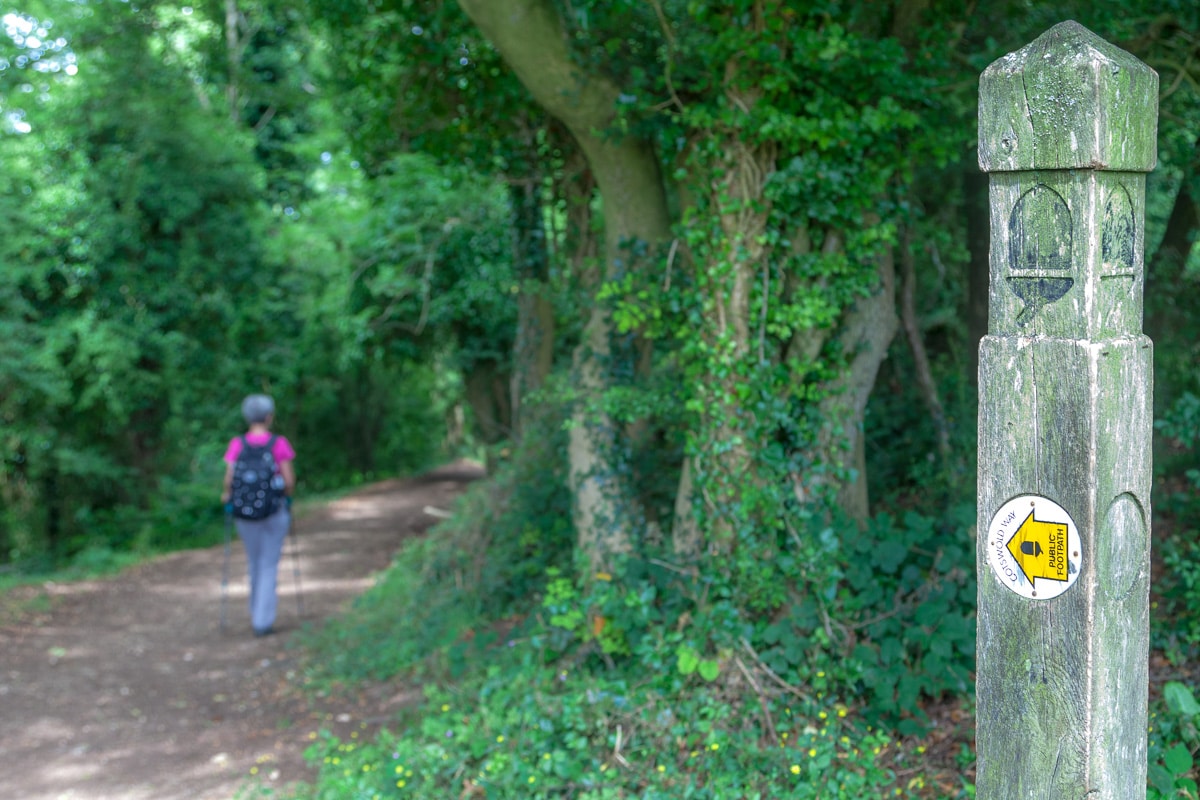 footpath (a nice feature of being in an English-speaking country).

Eventually we made our way into Painswick, and even though we had visited the village before, we wandered its narrow streets toward the Royal Oak pub. There we enjoyed a hearty sandwich and a pint of dark ale (Jeannie had something much lighter) before taking the bus back to Stroud and home.