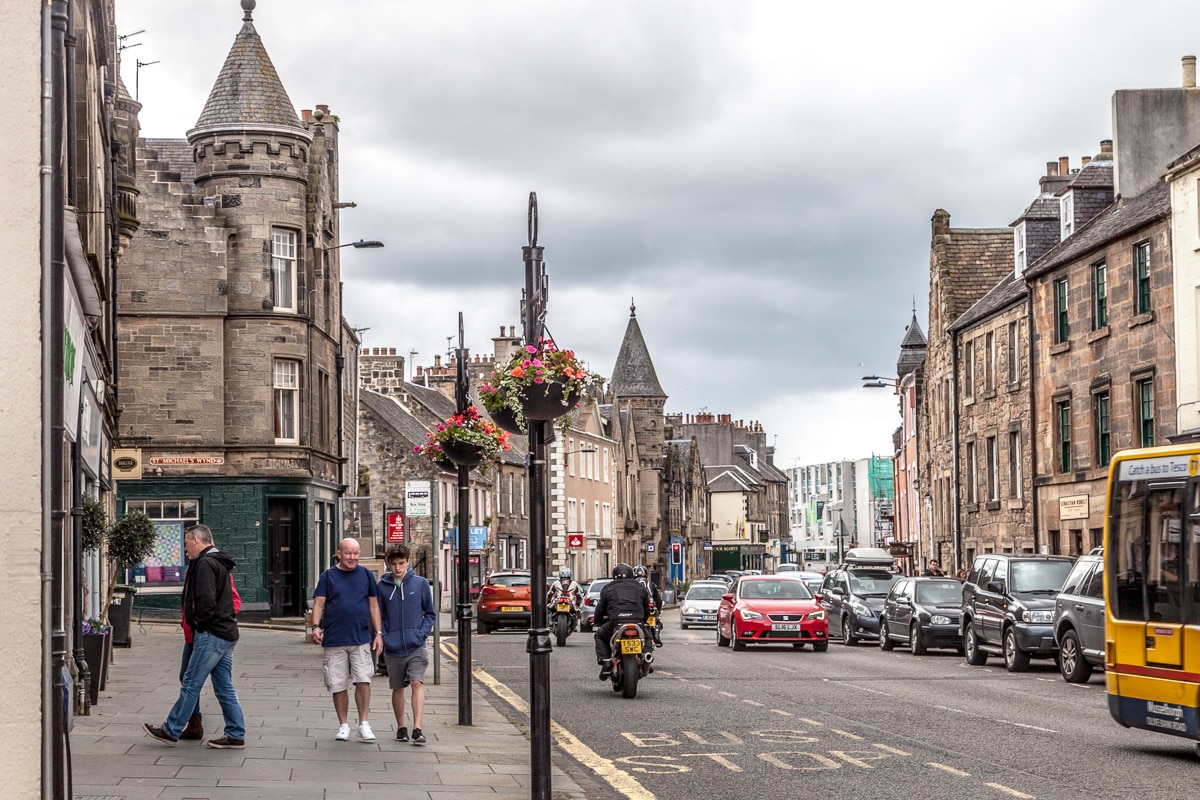 In the 15th and 16th centuries, Linlithgow Palace was an ideal place for royals to take a break on their journey between Edinburgh Castle and Stirling Castle. Although several monarchs were born in this royal ‘pleasure palace’,  perhaps it is best known as the birthplace of Mary Queen of Scots, who was there only seven months before her mother took her to the greater security of Stirling Castle and then to France. 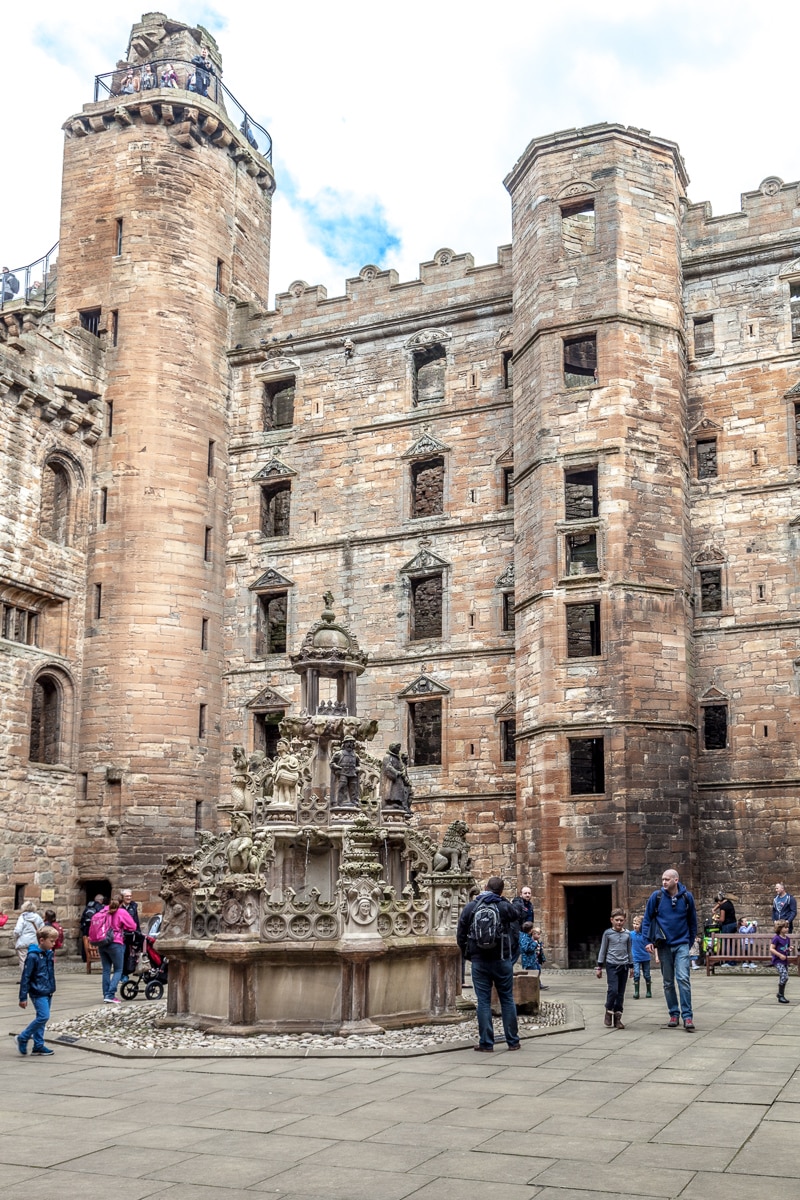 The magnificent ruins of the Palace surround a square central courtyard with an elaborate stone fountain. Despite being a ruin, one can walk through almost all of the rooms and corridors, and there are many in this rather large, impressive building.

Though the charming town and the impressive Palace are reason enough to visit Linlithgow, we went because of a special annual event, the Linlithgow Spectacular Jousting tournament. 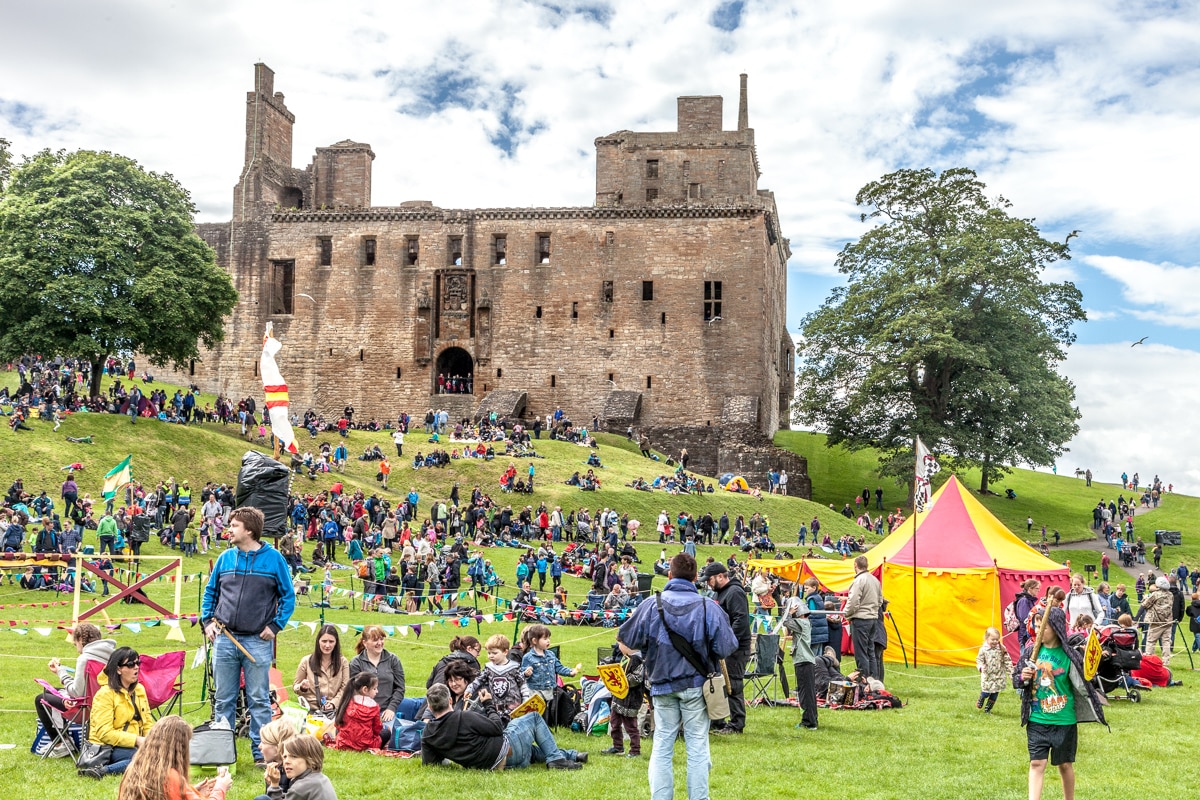 The grassy grounds of the palace, otherwise known as the “Peel”, had been transformed into a medieval tournament encampment filled with tents, banners, knights, pages, medieval weaponry and battle gear, musicians, medieval craft demonstrations, horses and other animals. There were battle demonstrations, both on foot and horseback. 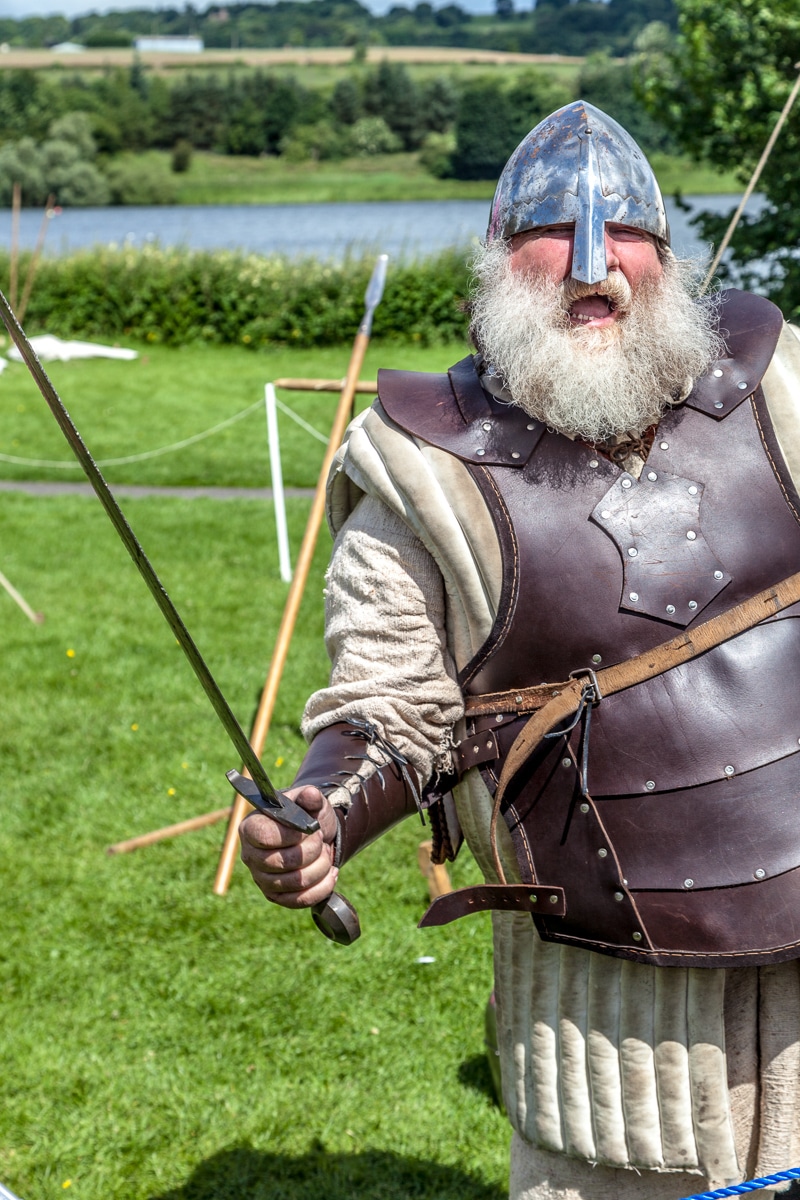 The quality of the clothing, armor, and accoutrements was remarkable, but here in the UK, the number and availability of craftsmen who fabricate these things and the historical models from which they can work certainly adds to the realism. Follow this link for a really good video on Dressing in late 14th century armour. 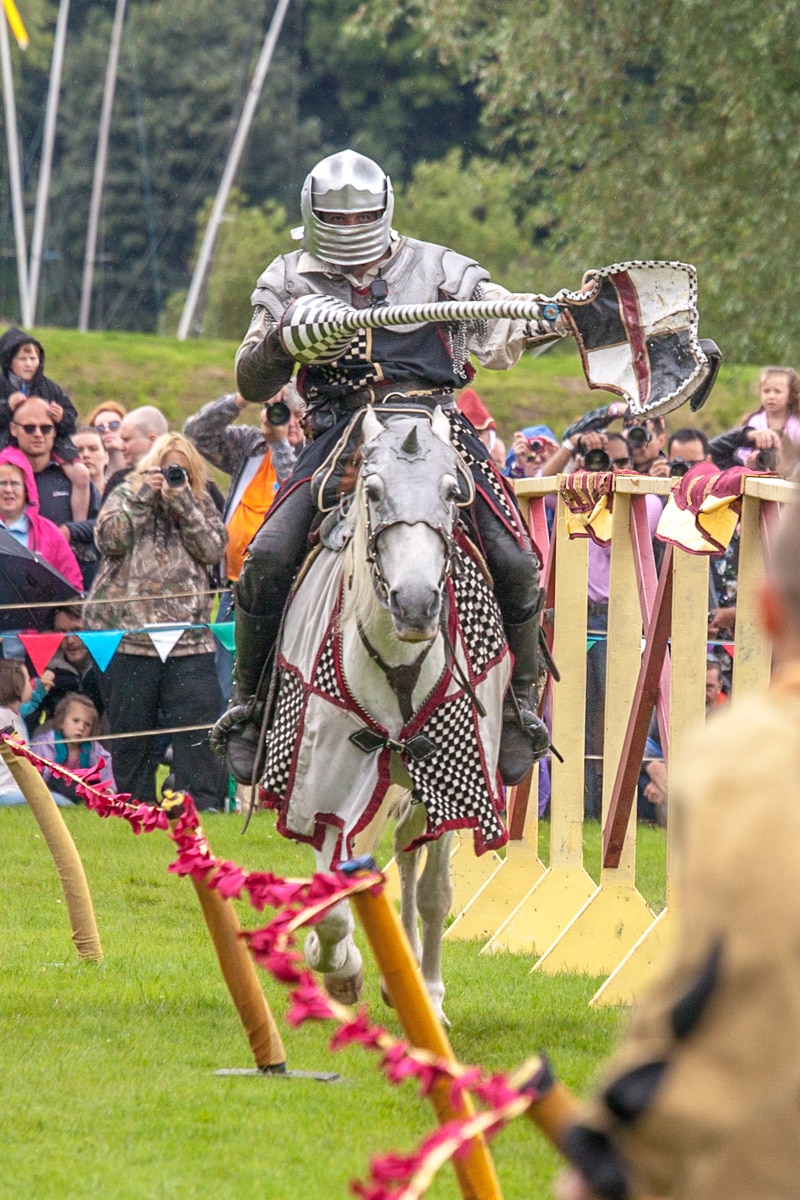 Of course, the jousting was the highlight with knights in full armor atop their steeds thundering at each other with lances poised and ready to strike. Though the lances were designed to prevent injury, they looked real enough, and the effect was exciting, and visually real enough. The numerous knights and their pages and ladies had their personas as well; of course there was the handsome, noble knight and the dastardly and villainous knight. The crowd had their favorites and each knight played his role appropriately.

It was a very well-done re-enactment, and it was enjoyed by young and old alike.