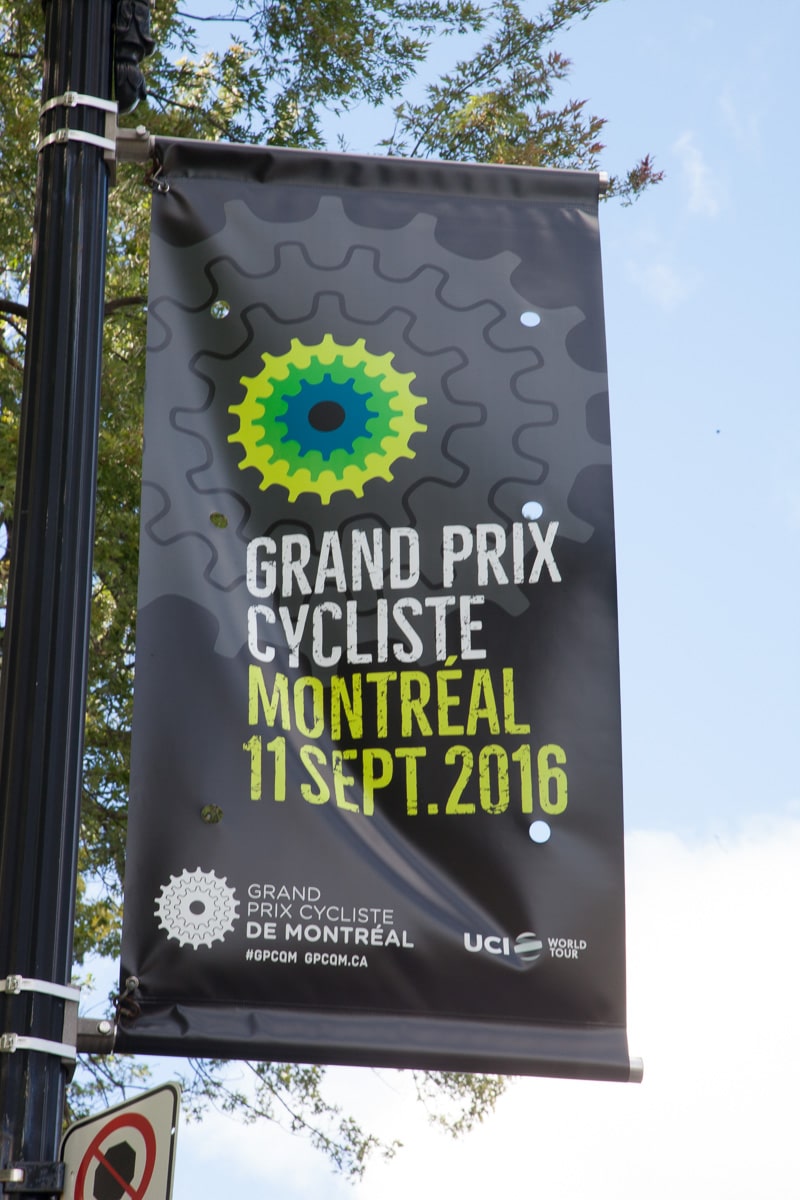 It was a late summer day in Montréal, and the big event for the weekend was a bicycle race. Not just any race, but a world-class competition. Jeannie opted out of the days activities, mainly because she didn’t want to keep up with my need to wander far and wide to capture the ‘perfect’ image. Besides, she needed a day to herself. 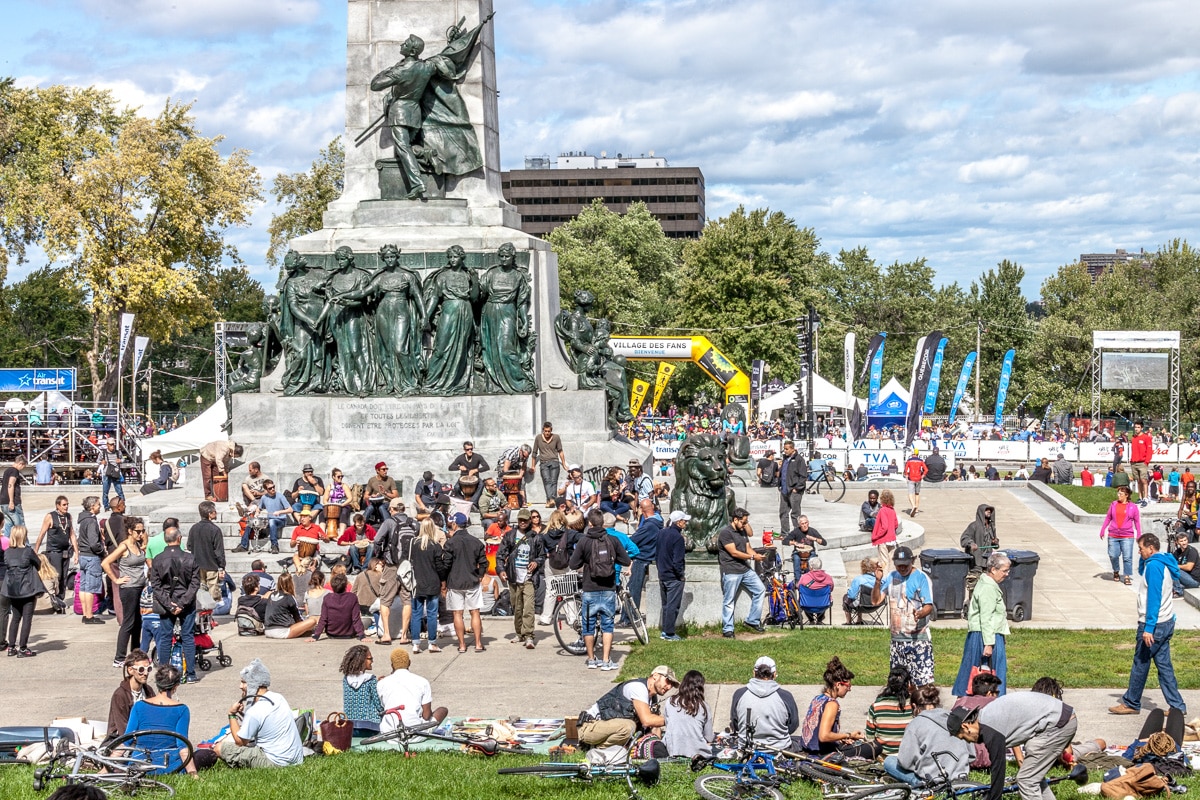 The Grands Prix Cyclistes de Québec et de Montréal were the only two spots on the International Cycling Union (UCI) World Tour in the Americas. Many of the world-class riders that competed in the “Grand Tours”, i.e. the Tour de France , the Tour of Italy ( Giro d’Italia ) and the Tour of Spain ( Vuelta a España,  which we saw in Spain), and other major cycling races were here for another world class race. 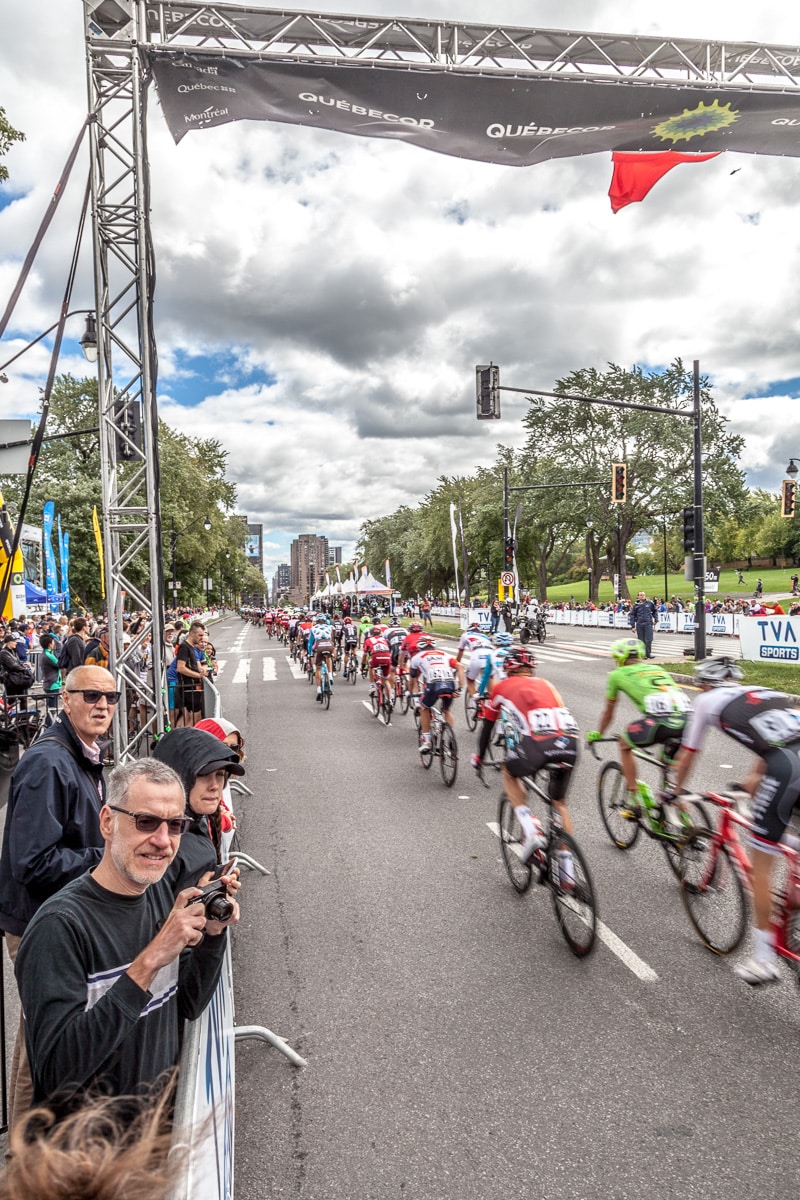 The peloton of the Grands Prix Cycliste de Montréal circuit course, 12.1 k (7.5 mi) in length, completed each of the 17 laps about every 15 minutes. In between laps I moved to various vantage points around the route, as well as the local football game in the nearby Parc Jeanne-Mance and the weekly drum circle around the Monument à Sir George-Étienne Cartier.

The day was beautiful with warm temperatures and a partly cloudy sky. Many of the streets in the area had been closed off for the race as well as for the spectators. Between the race and its associated support and vendors, the weather, and the other events nearby, a festive atmosphere prevailed.

It was a fun day with lots of exciting racing (results below) … and hopefully, a few good images.

The Results of the Grands Prix Cycliste de Montréal – 2016