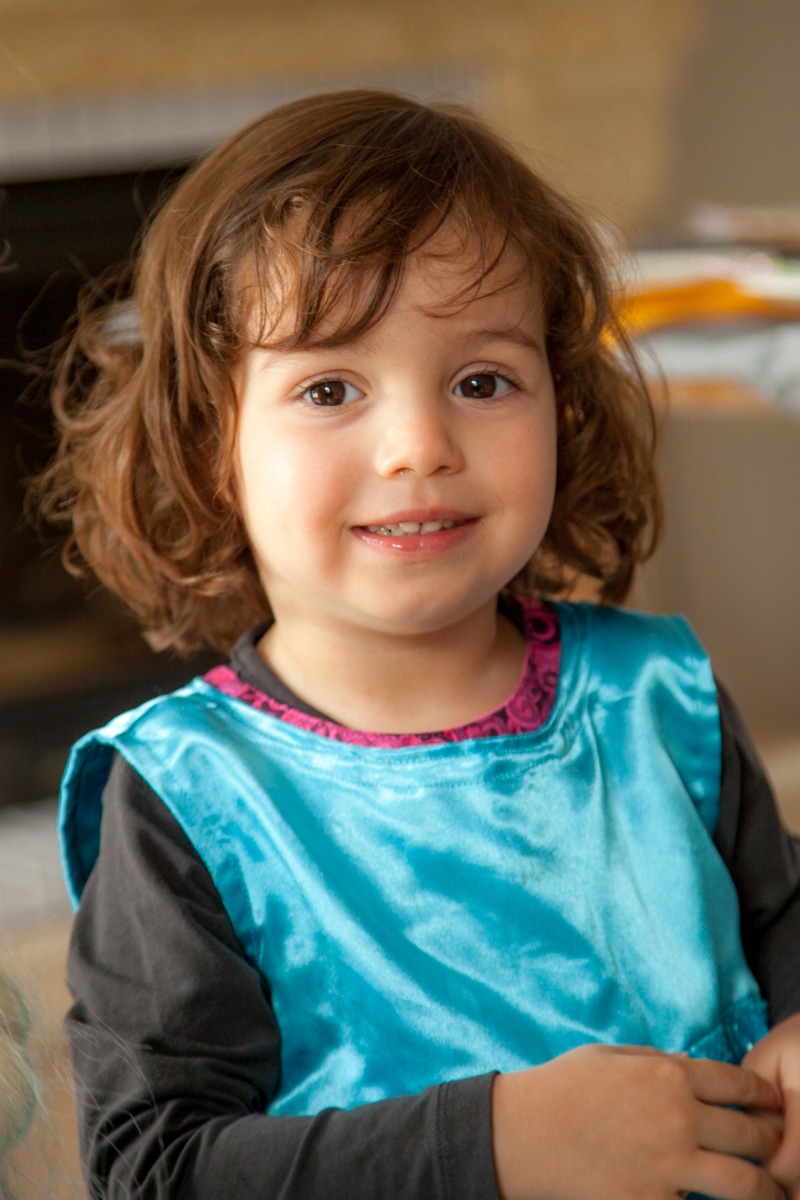 Back when we first began this adventure, we went to St Malo, joined by my brother Mike and his wife Kathy. While there we just happened to meet Nicolas, Lucie, and their 2-year old daughter Noémie.

That meeting just happened to be much of the reason we are back in Lyon. Click here if you want to read the details. Suffice it to say, we were fortunate to become friends and now that we are back in Lyon, we can pick up where we left off.

Once we had communicated that we were indeed back in Lyon, Nicolas wrote that Noémie’s birthday was 10 April, and they were having a party for her the following day, and we were invited. Both Nicolas and Lucie’s parents would be there, as would their sisters and their families, Noémie’s god-parents, and some other friends and children. We felt honored to be asked.

Arrangements were made to take the train to their town about 15-20 minutes away where Nicolas would pick us up for the short drive to their home. When the train arrived Nicolas was at the station waiting to greet us warmly. It was truly good to see him again.

We arrived before the other guests to find Lucie and her sister Delphine busily working in the kitchen preparing the meal. While they worked the food, Nicolas finished setting the table. In the meantime, Jeannie and I just tried to stay out of the way and entertain Noémie and her cousin Léonie, both in their “Frozen” Princess dresses excitedly running about. 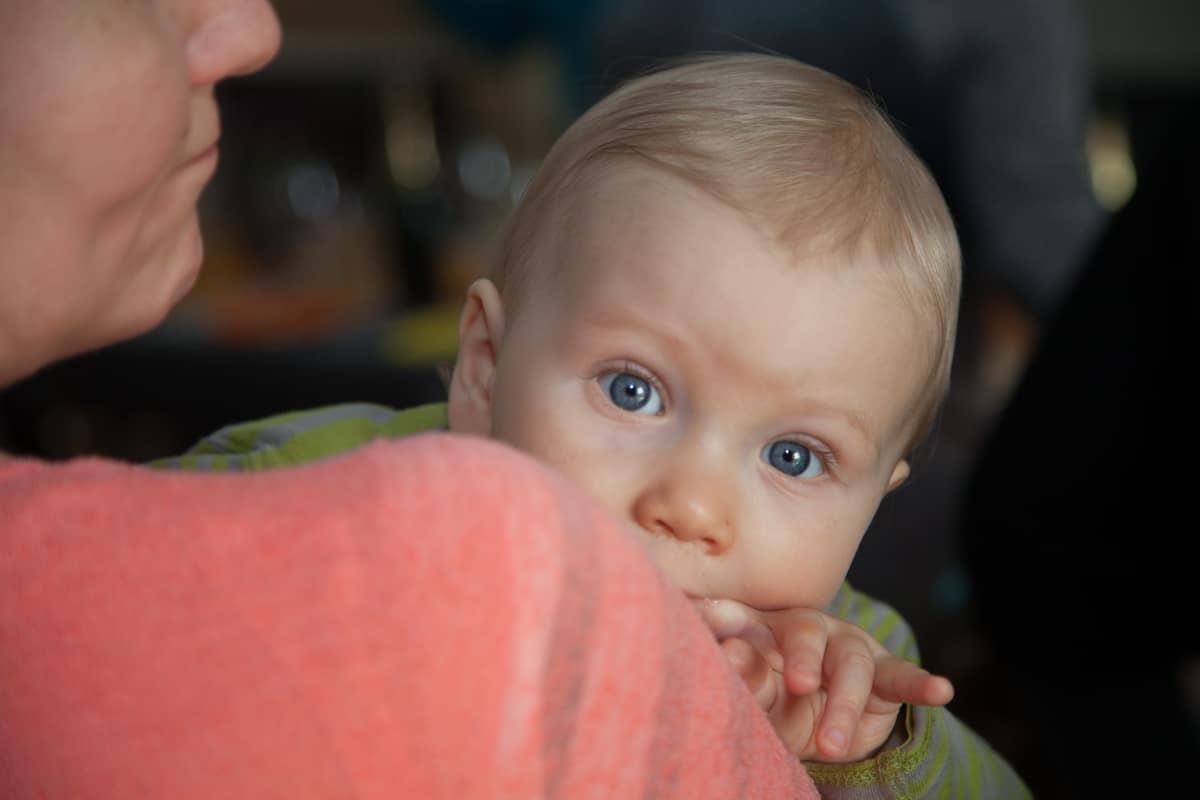 As the guests began to arrive, we were formally introduced to adults and children alike. Handshakes, “faire la bise” and smiles greeted us with every introduction. We were somewhat intimidated, as our French-speaking skills are so rudimentary; but many of the guests spoke English very well, and we practiced our vocabulary when we could.

As we watched, we delighted in the opportunity to be with family. While not our family – the names, faces, and language were all different – but they were the same as we grew up with. The smiles, the friendships, the interactions were all familiar. It was an experience that we savored. 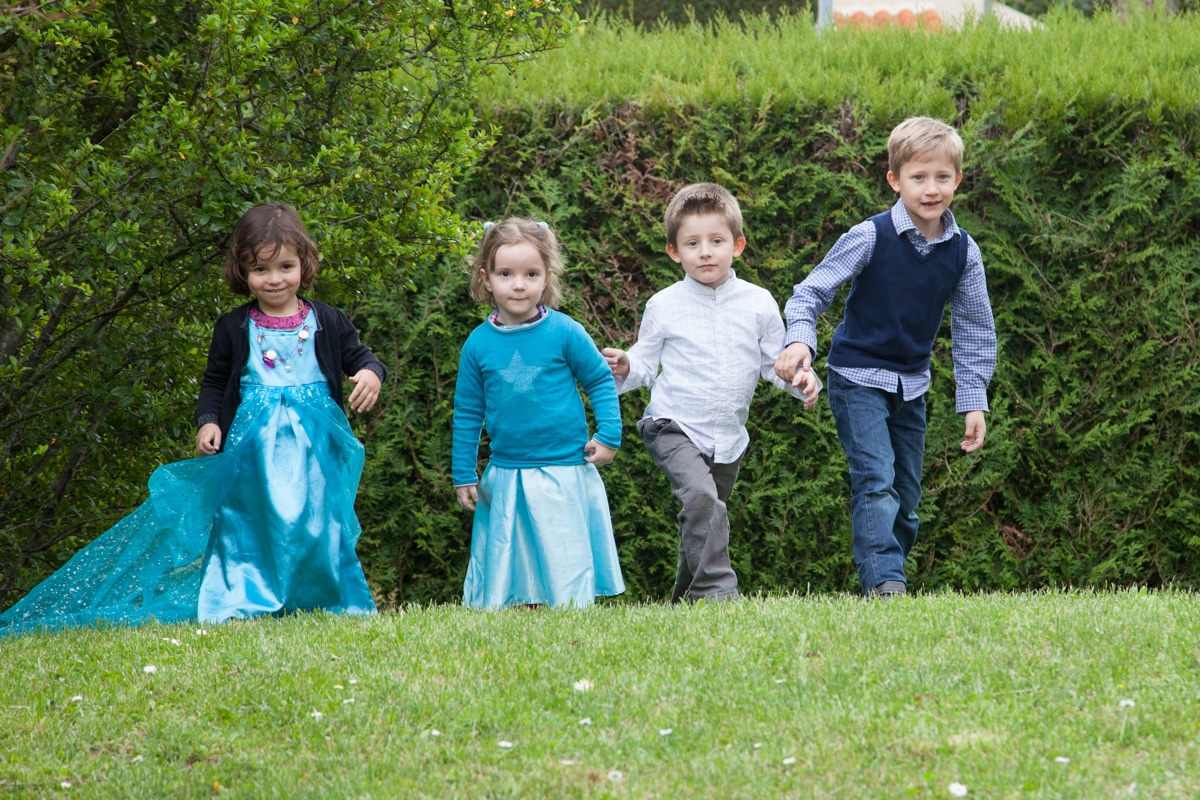 The children ranged in age from 1-7, and were full of energy, but when it came time to begin the meal, the children were seated, and then everyone found their places. Hors-d’oeuvres and champagne began the meal, and through the delicious courses and wines, including a varied cheese course, that followed, we ate, chatted and listened intently. The conversation and interaction was just as important as the meal.

As the day progressed, there were pauses between the final courses, and the children began to migrate out of doors, though everyone regrouped for the birthday cake. Traditions here, just as in the US include singing “Happy Birthday” (same song), and the blowing out of candles. Subtitles were not needed. 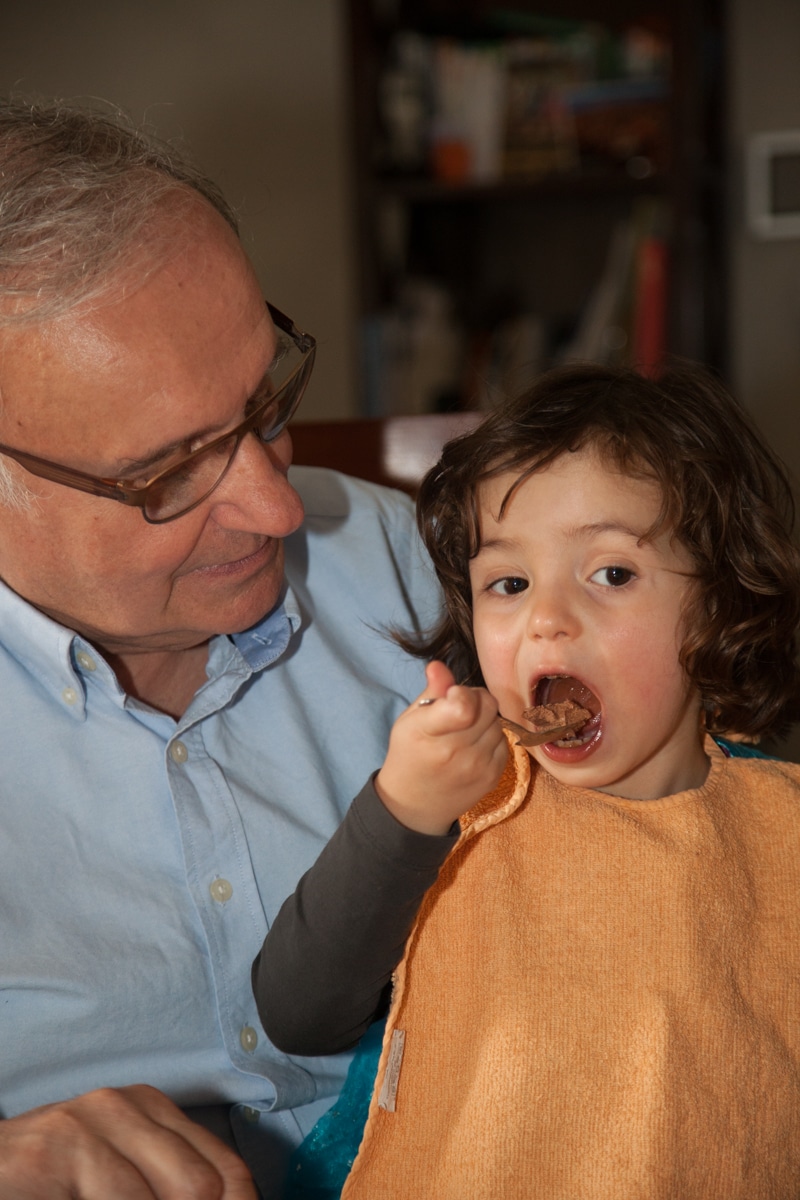 As the grand-daughters took turns sitting on their grand-parents laps, the smaller children got passed about until they could no longer sit stlll. It was a beautiful Spring day, and soon most everyone was out on the lawn. The flowering trees added their fragrance to the festivities, and the view of the mountains in the distance created a beautiful backdrop.

Two of the older boys (5 and 7 years?) were being especially high-spirited and I joined in. Lifting and flipping them over and back onto their feet generated great laughs. They then went over to their mother, whispered with her, and when they returned each remarked in English, the just-learned phrase, “do it again.” And so I did.

As the afternoon waned and the guests gathered their children, said their good-byes and departed, the cleanup began. Though as guests we weren’t supposed to assist, our hosts relented when we insisted, with a smile, that our participation was a part of our education in French culture.

This had been a wonderful experience. It was so good to be with our friends Nicolas, Lucie, and their lovely daughter Noémie, but was made even more special to be included in such a cheerful celebration. The opportunity to be with family and to make new friends is what makes travel and life in any nation or culture worthwhile.

On a side note, when we left Lyon last December, Nicolas and Lucie kept a duffle and small backpack with clothing and other items that we wouldn’t need until our return. When we returned to our Montchat apartment with our bags, we had a great time pulling out the many things we had packed. We had forgotten that we had packed some of the things, but all were good to have… again.